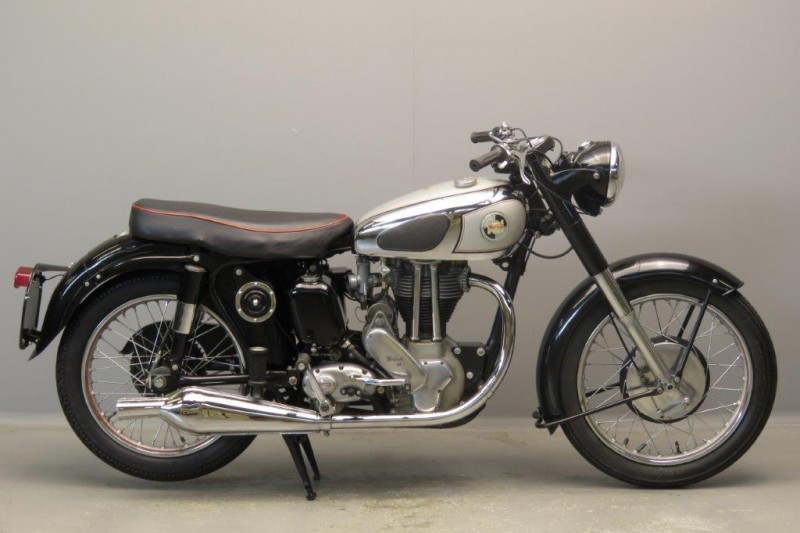 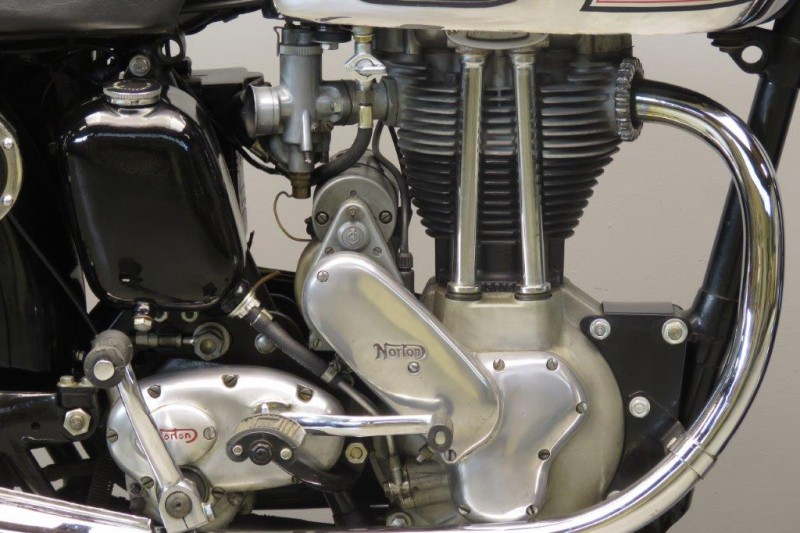 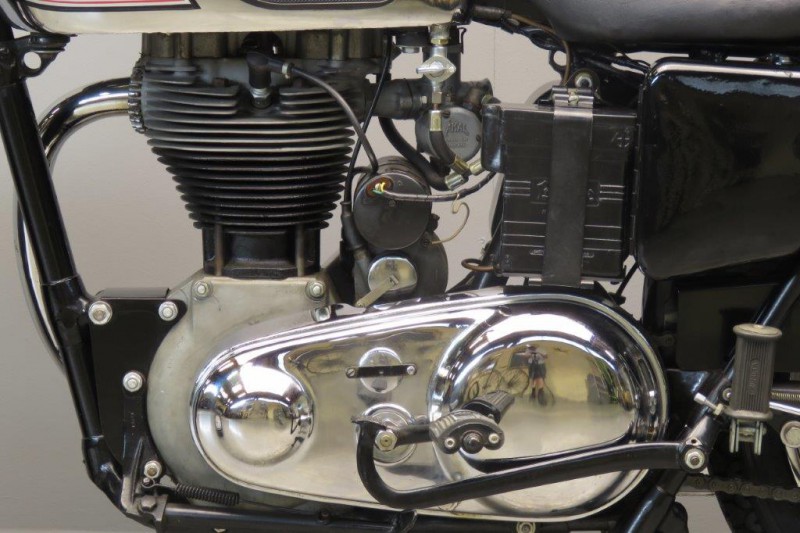 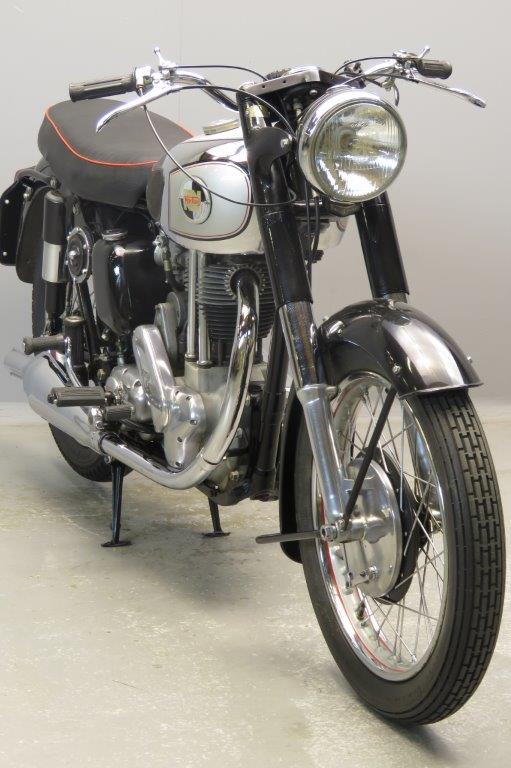 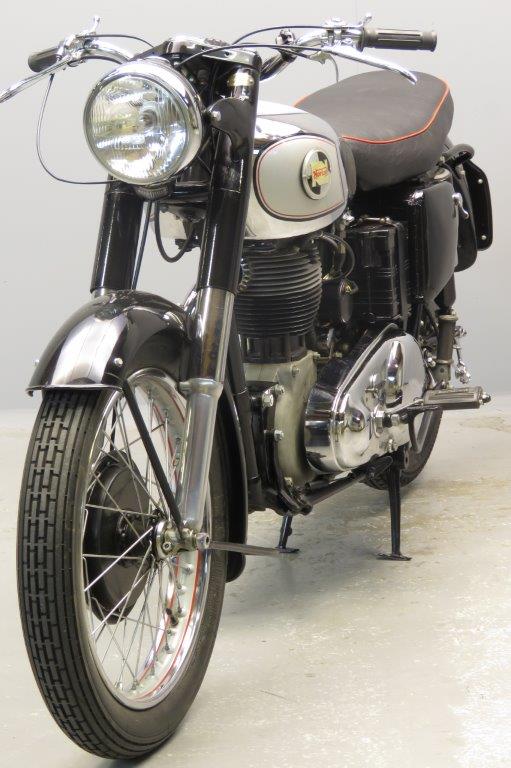 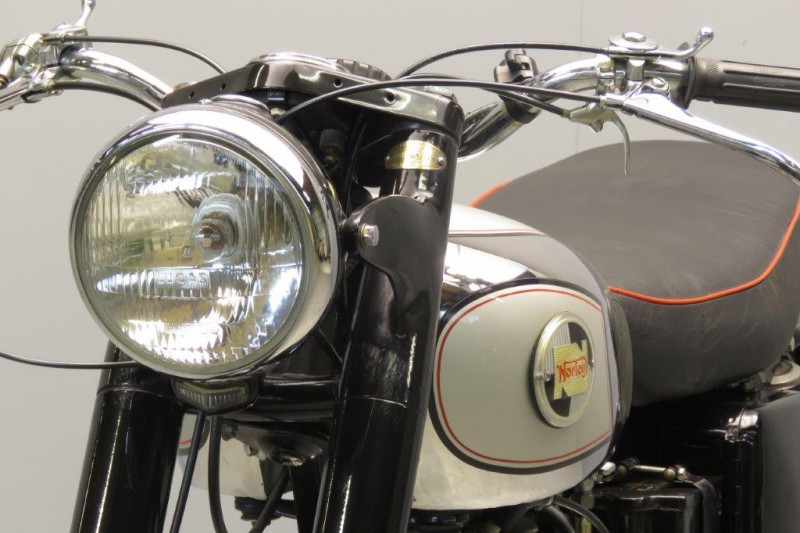 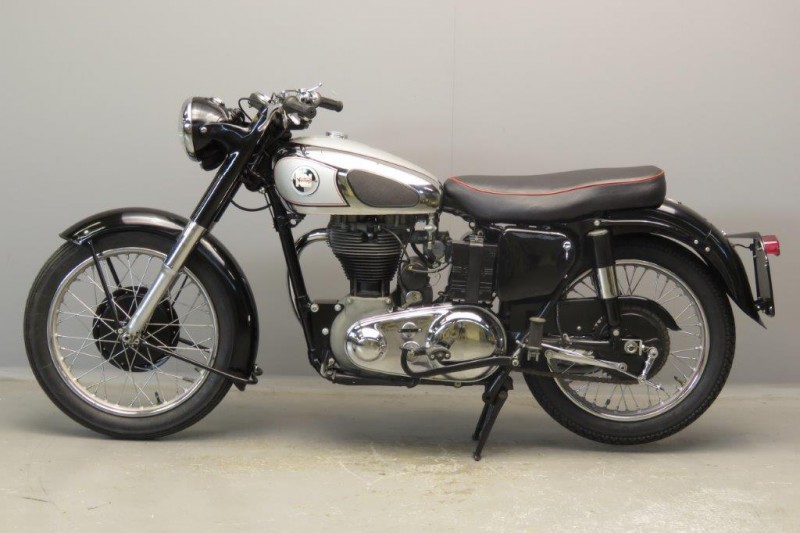 Introduced at the 1927 Motor Cycle Show, the ES2 sports roadster used the Model 18’s overhead-valve engine in the cradle frame of the overhead-camshaft CS1, and from then onwards the ‘ES2’ designation was always applied to Norton’s top-of-the-range overhead-valve single.
The new OHV was designated ES 2; it was basically the pushrod Model 18 engine , but with its pushrod return springs enclosed,
hence Enclosed Springs 2.
The ES2 was built in several versions during a production run lasting until 1963, though the engine dimensions of 79 x 100 mm bore/stroke – first adopted by James Lansdowne Norton in 1911 – remained unchanged to the end.
The design was step –by-step improved through the thirties: it got a four speed foot-change gearbox, rubber-mounted handlebars, fully enclosed and positively-lubricated valve gear and new cams with flat followers for quieter running.
For 1939 plunger rear suspension was available as an optional extra.
After WW2 the model got the new Roadholder telescopic fork and plunger rear suspension as standard.
These features were added to the so-called “Garden Gate” frame, which already employed, the before mentioned, plunger rear suspension.
In 1953 ( the year of the AMC merger) swinging arm rear suspension was available, as seen on the machine presented here.
This ES2 has covered a handful miles only since its total restoration, and has been stored carefully and was only sparingly
used ever since.