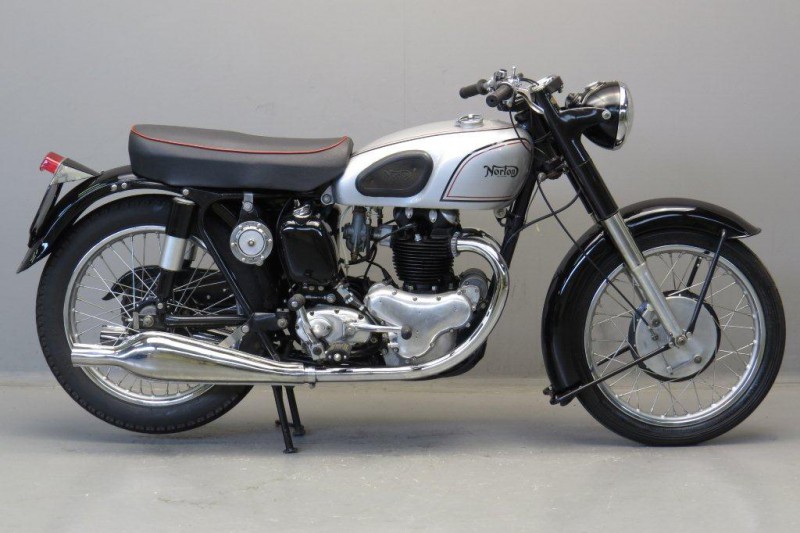 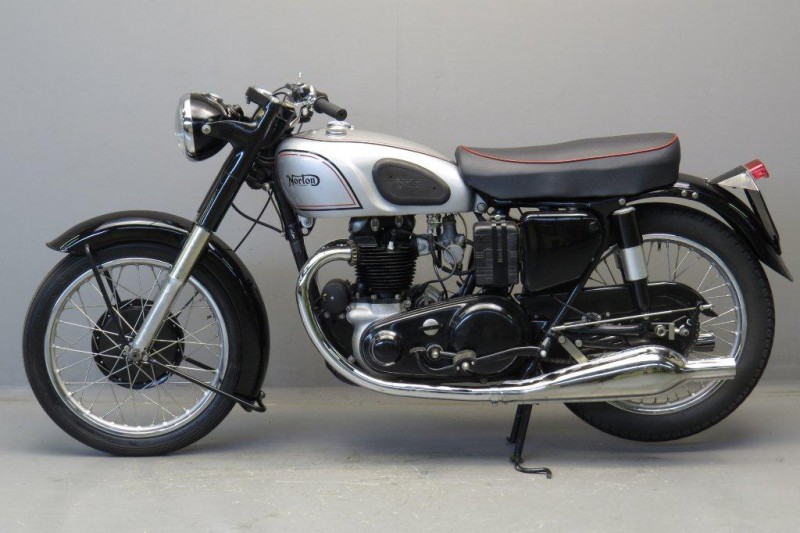 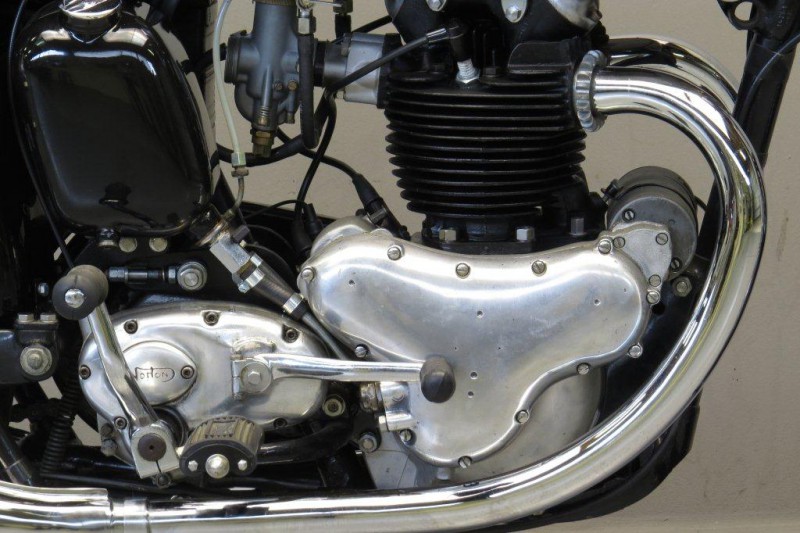 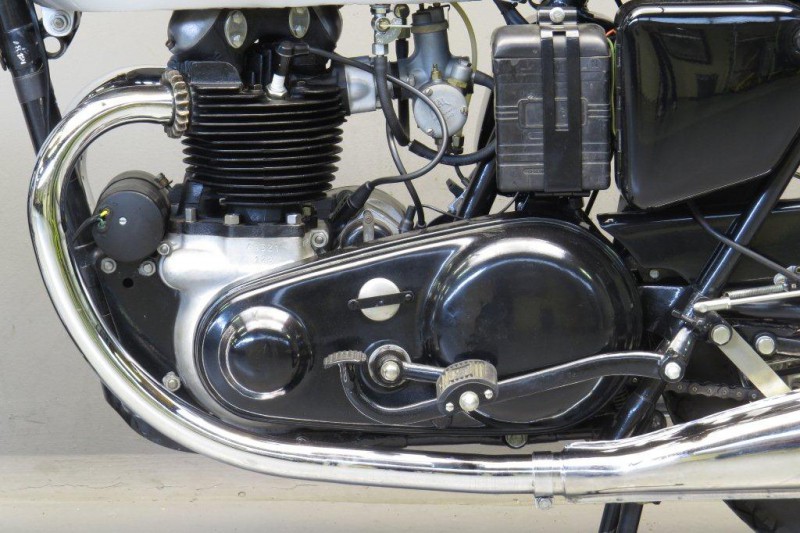 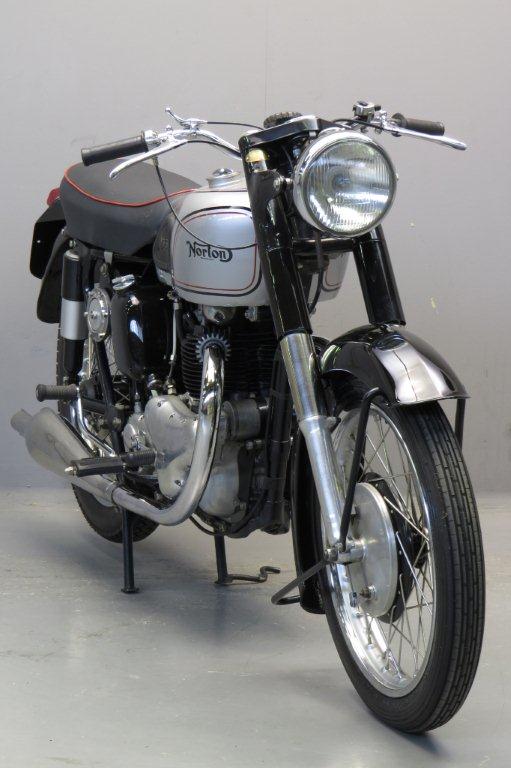 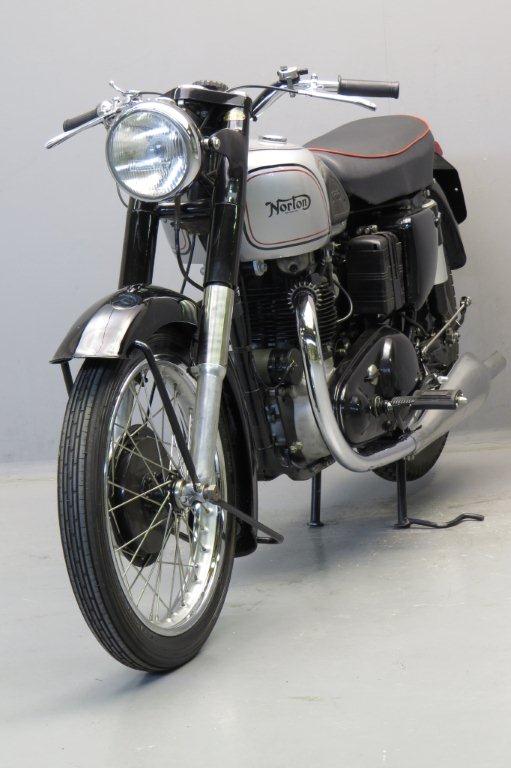 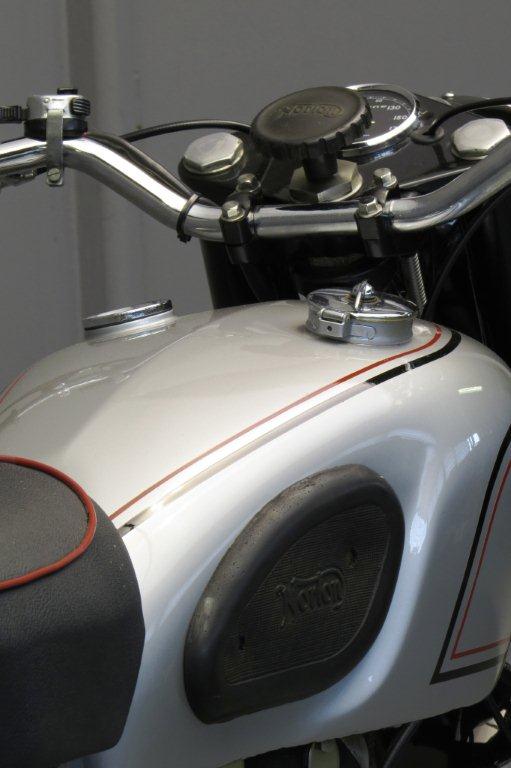 Norton jumped, somewhat belatedly, onto the vertical twin bandwagon in 1949, when it introduced the Bert Hopwood-designed Model 7.
The new 500cc engine went into the existing ES2 plunger-frame/tele-fork cycle parts, a marriage that necessitated a redesign of Norton’s well-proven four-speed gearbox.
The Model 7’s first major revision arrived in 1953 (by which time the new twin had been installed in the Featherbed frame to create the Model 88) in the form of a new swinging-arm frame.
The model was dropped at the end of 1955 but the same basic cycle parts were used for a 600cc successor, the Model 77.
This 1953 Swinging arm frame Model 7 is restored some years ago and still shiny and well running as day one.