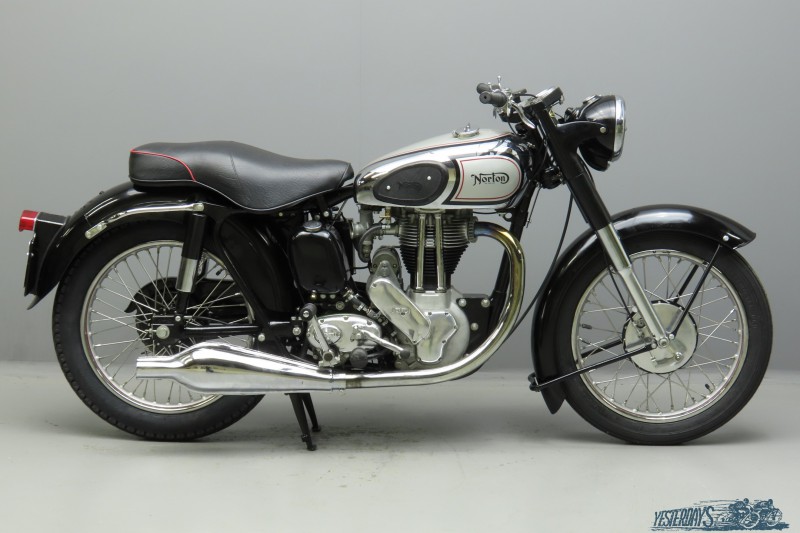 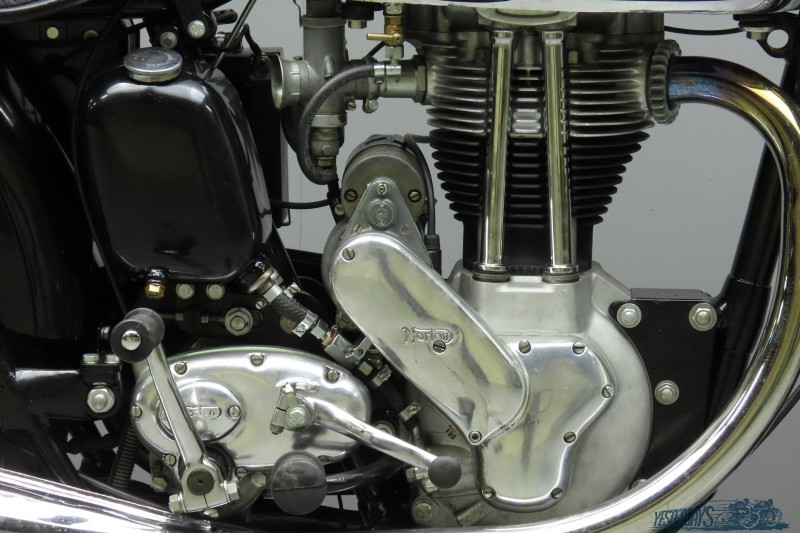 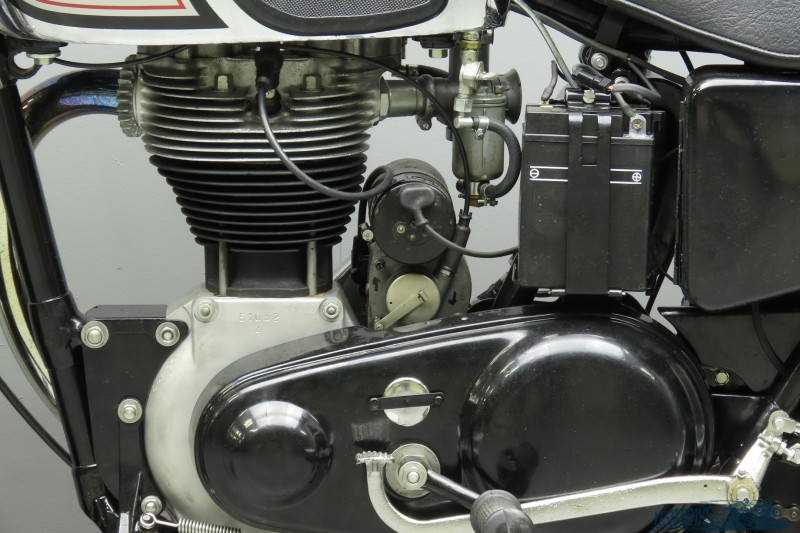 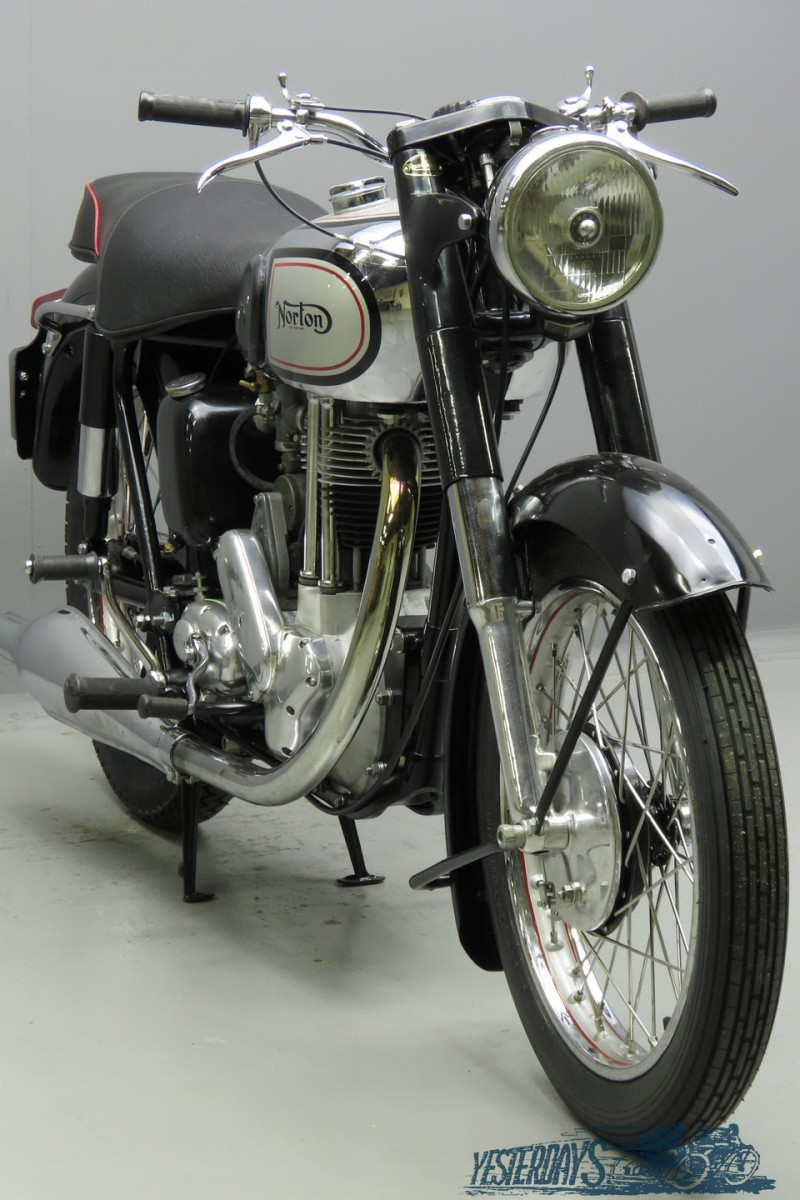 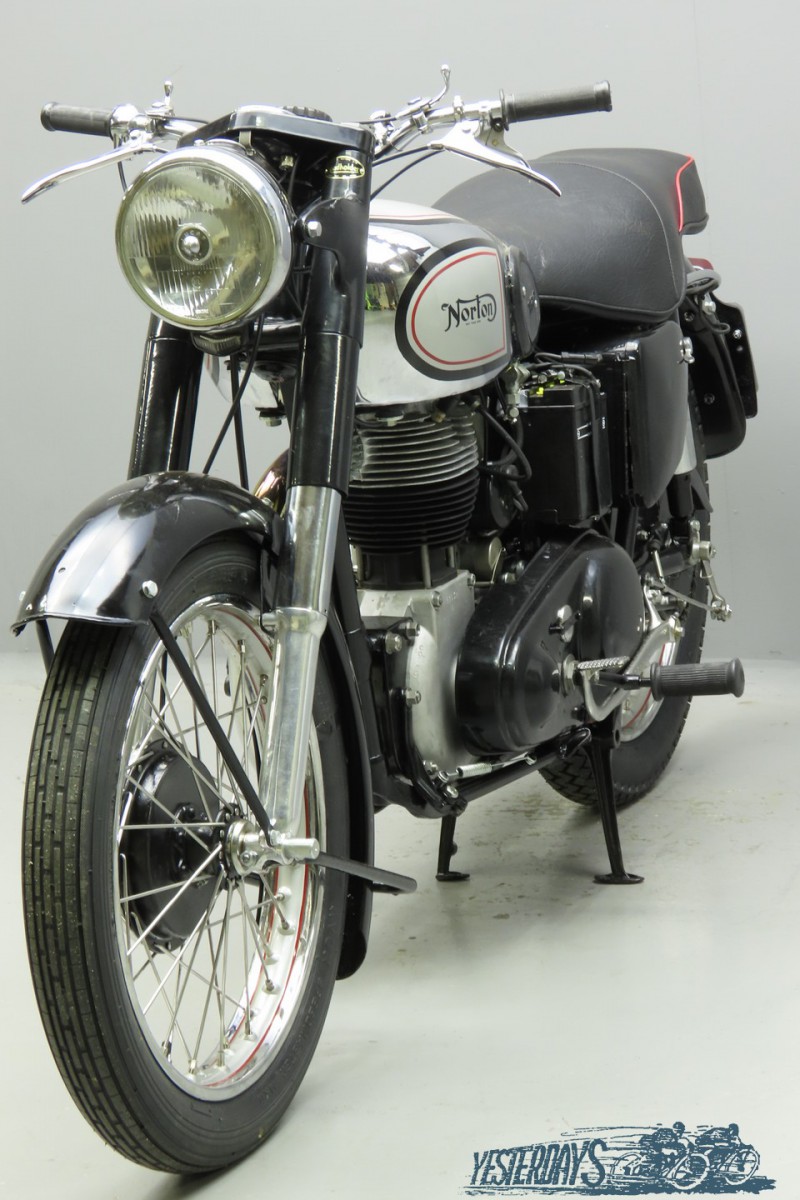 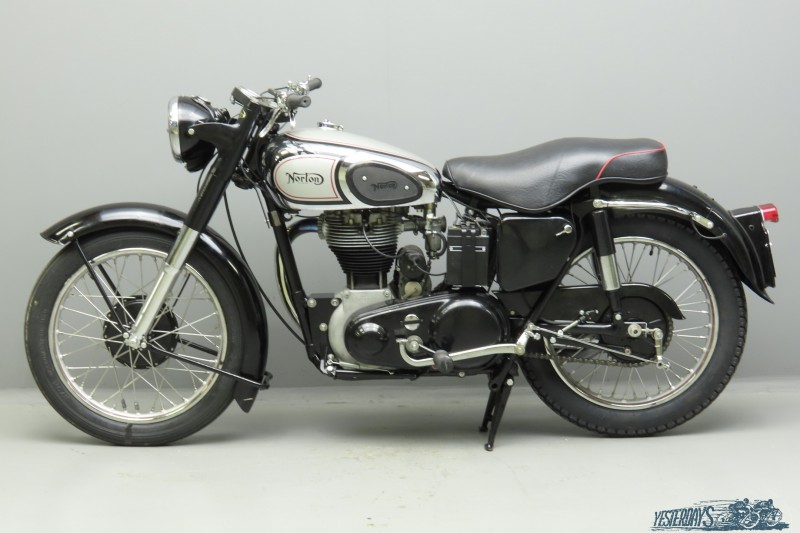 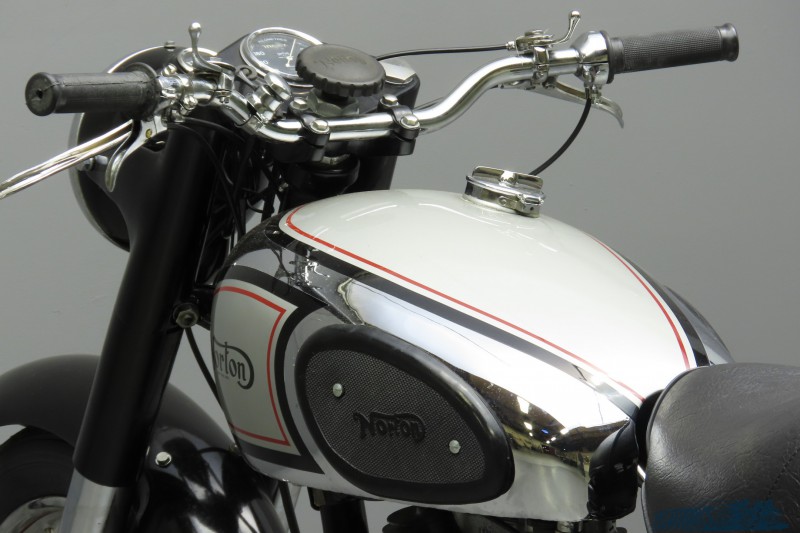 The ES2 was Norton’s second OHV model; the Model 18 was brought out in 1923 and
for the 1928 season a new model OHV was marketed, based on the successful new OHC racer that would be marketed as the CS1. The new OHV was designated ES2; it was basically the pushrod Model18 engine, but with its pushrod return springs enclosed, hence Enclosed Springs2. The design was step –by-step improved through the thirties: it got a four speed foot-change gearbox, rubber-mounted handlebars, fully enclosed and positively-lubricated valve gear and new cams with flat followers for quieter running. For 1939 plunger rear suspension was available as an optional extra. After WW2 the model got the new Roadholder telescopic fork and plunger rear suspension as standard. In 1953 (the year of the AMC merger) swinging arm rear suspension became available and the ES2 got a featherbed frame in 1959. In 1963 the last ES left the production line. Motor Cycling published a road test of the ES 2 in the issue of May 6, 1954. A fragment of the tester’s opinion: “Those who, for the sake of pocket or preference, seek a machine in the single cylinder range, find that the 490 c.c. Norton ES2 appeals strongly. For one thing, it is a long-established model, built to provide 100% reliable transport in solo or combination form. It is completely modern, but, in general design, it retains much of the inherent “one lunger” simplicity, and equally important, accessibility, which is not always achieved in a “multi”.” There were some minor critical remarks too, one referring to the fact that the standard tool kit did not contain a suitable spanner for the quickly detachable wheel nuts. The tester concluded: ”These constructive criticisms do not detract from the impression that the ES2, now completely modern in every respect, is as fine a value-for-money proposition as ever it was.”
This as-pretty-as-a-picture ES2 has a current registration and is anxious to become a loyal companion of its new keeper.