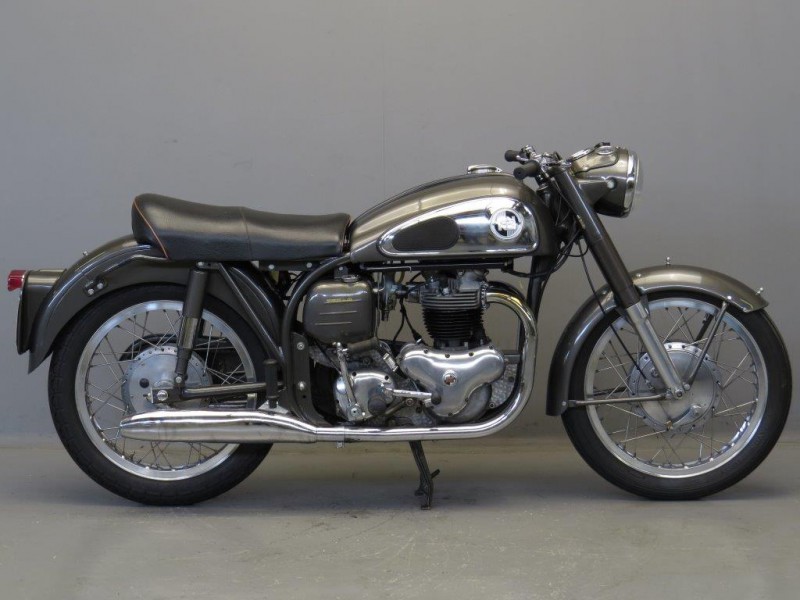 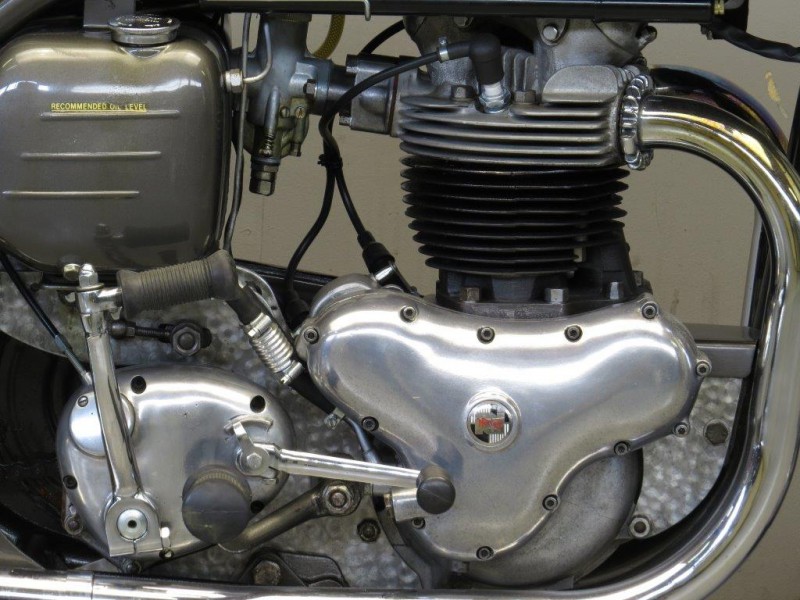 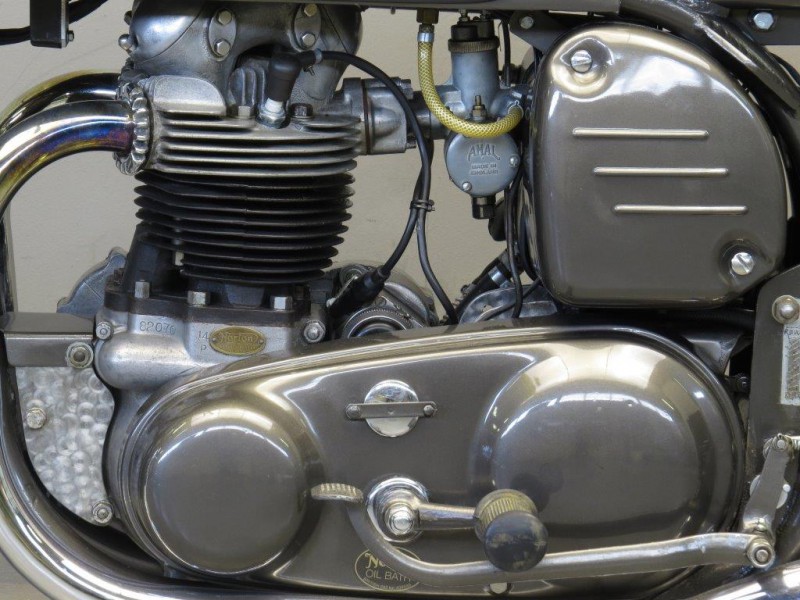 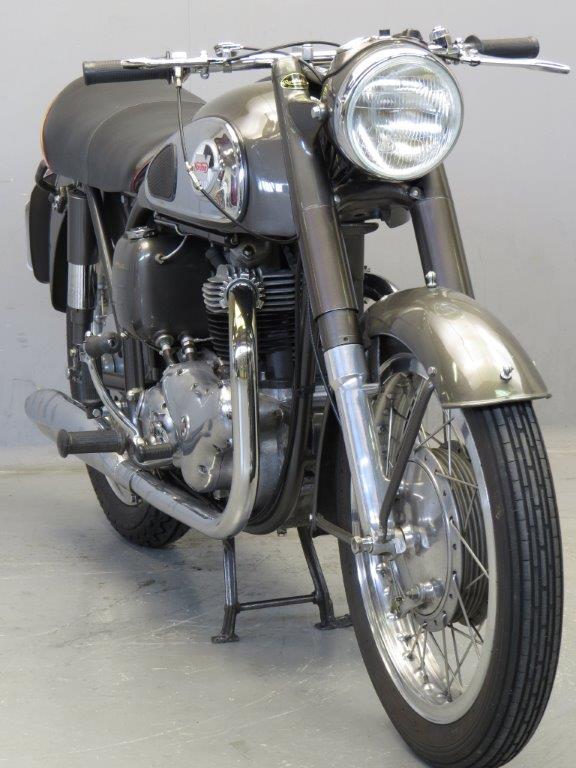 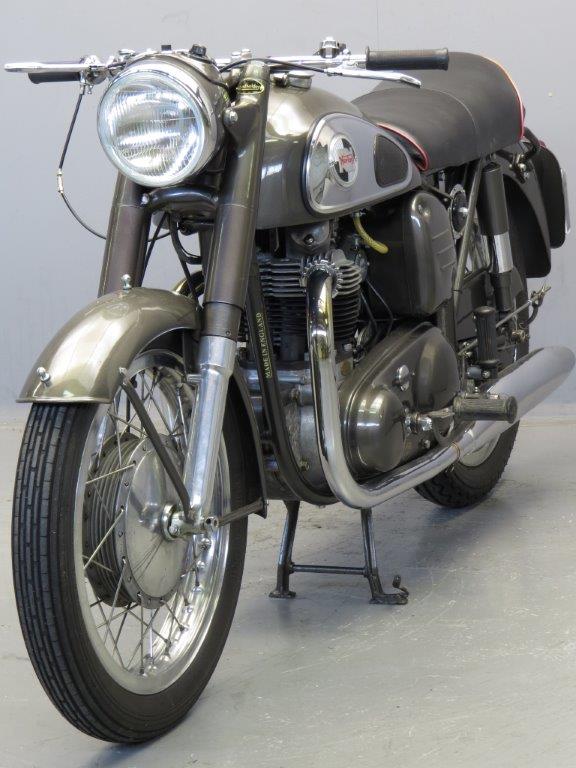 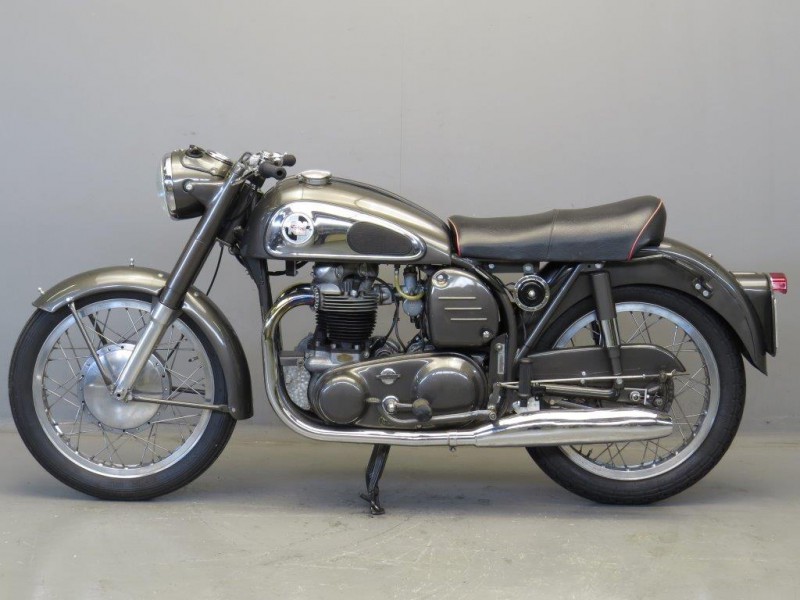 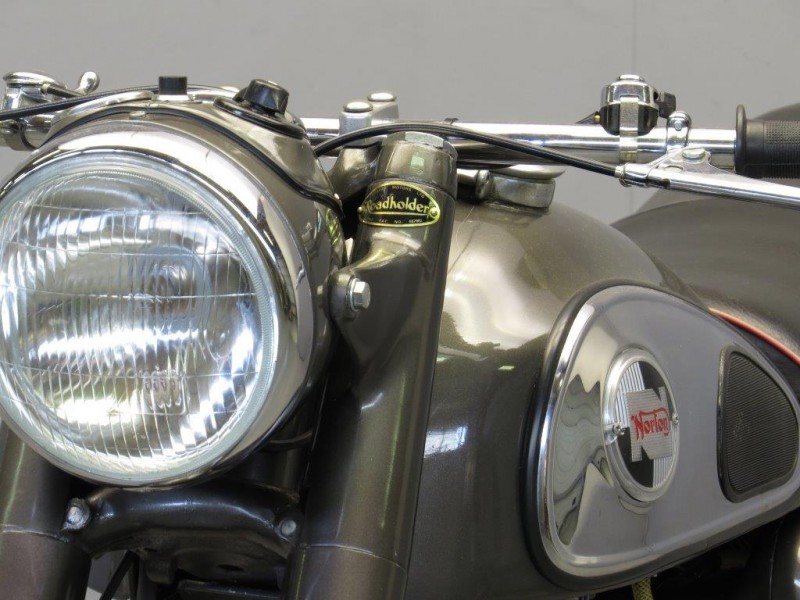 Norton 1957 Dominator 600 cc 2 cyl ohv
Inspired by the popular success of Triumph's pre-war Speed Twin and aware that other factories were working on their own versions, Norton realised that if they were to have any future after World War 2, they too needed a twin engine.
The job was undertaken by Bert Hopwood, who had worked on the development of Edward Turner's original Speed Twin design and had vast experience in the industry.
In 1947 Hopwood laid out his design.
Chief among these was the use of only a single camshaft for inlet and exhaust valves, in place of the two used by Triumph and all the other factories.
The design had to work within the constraints of Norton's antiquated manufacturing machinery as well as running on the poor quality post-war petrol.
And for reasons of economy, it had to fit into the existing single cylinder model's frame.
Such thoughts as these were behind the choice of a single carburettor, with close inlet ports and exhausts.
Fitted into plunger cycle parts from the range-leading ES2 single, with some cosmetic changes including a special tank and mudguards, this became the Norton Model 7 Dominator, launched in 1949.
With soft tuning it could reach 90mph and offered excellent reliability and handling in the Norton tradition.
It was phased out in 1956, having long been overshadowed by its replacement, the De-Luxe, or Dominator 88, which first appeared in 1953.
What made the 88 special was its frame, a close copy of the successful Featherbed used on the works  Manx Norton racers.
Weighing some 40lb less than the Model 7, it handled and went rather better than its predecessor.
This 600cc Dominator is in a very nice restored condition and runs well.