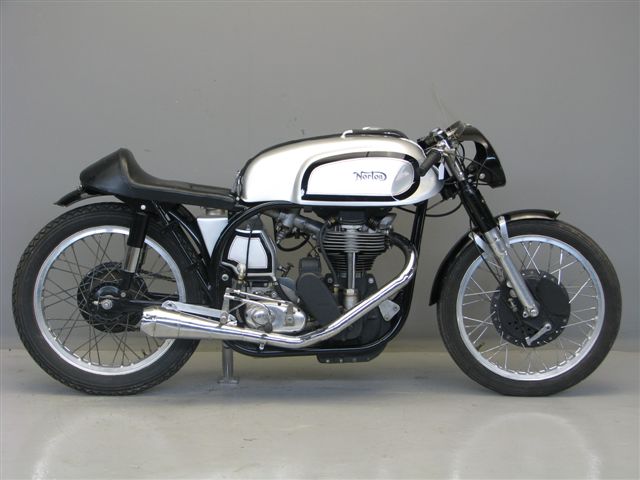 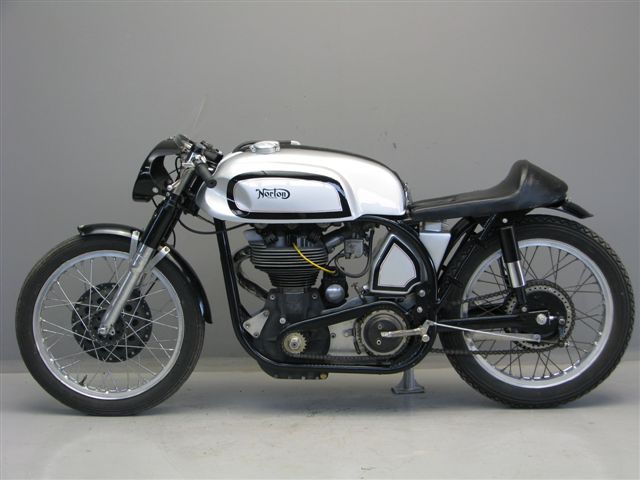 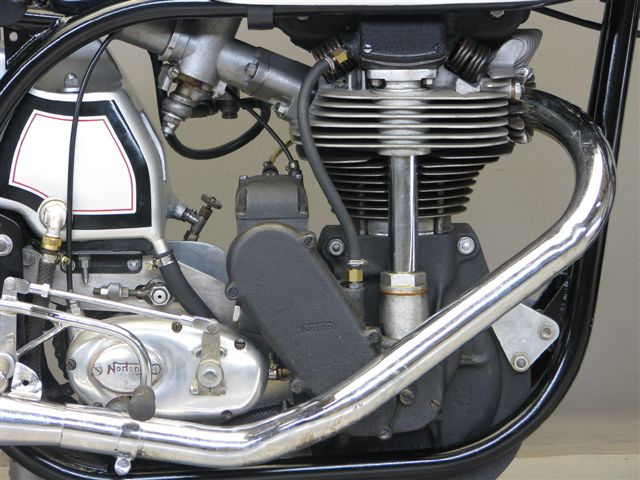 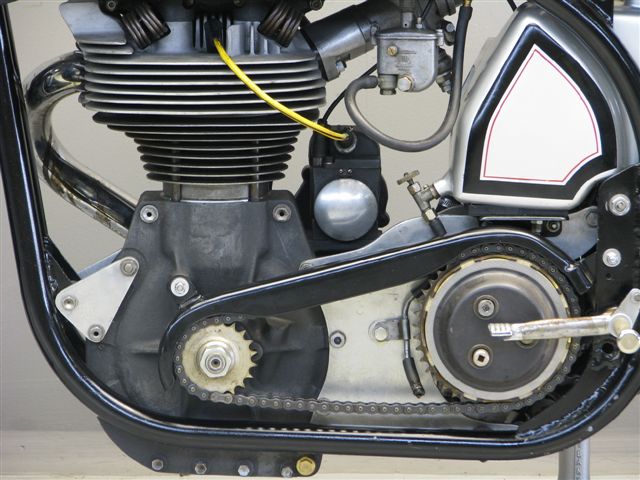 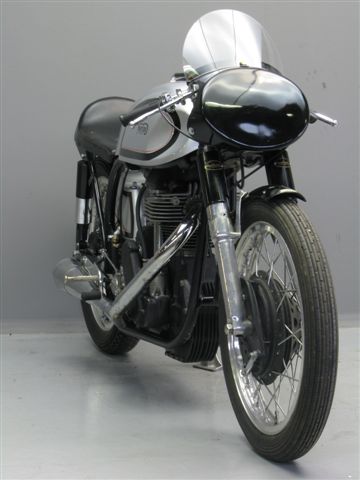 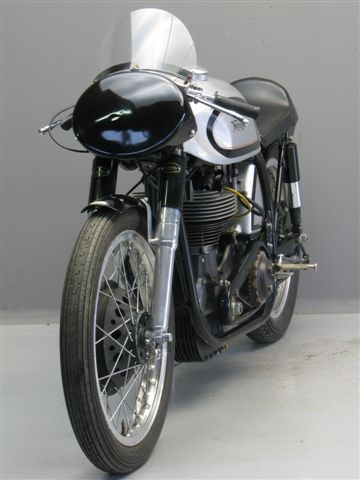 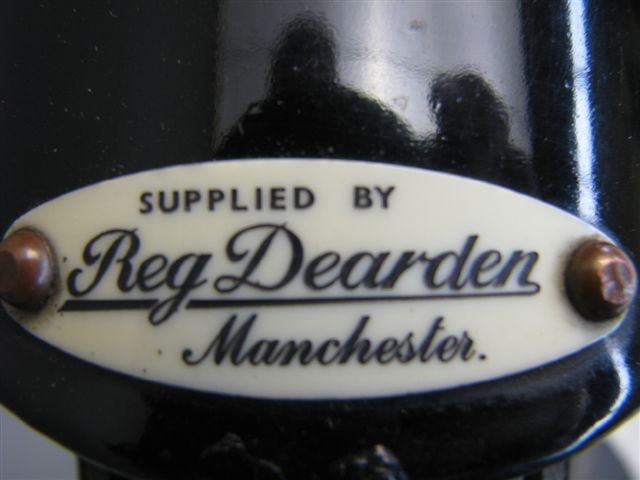 When production resumed post-war, Norton’s over-the-counter racer emerged much as it had been in 1939,
with single-overhead-camshaft engine, ‘square’ cylinder head finning, upright gearbox, and plunger-suspended ‘garden gate’ frames.
Only the presence of the Roadholder telescopic front fork readily distinguished the new Manx from its immediate predecessor.
1949 brought the first significant change in engine specification, the Manx gaining a double-overhead-camshaft ’head
like that enjoyed by the works bikes for many years, but the major development was the arrival of the Featherbed frame for 1951.
The cycle parts remained essentially unchanged from then on, but engine development continued until production ceased at the end of 1962, the most significant design change being the adoption of ‘square’ bore and stroke dimensions for 1954.
Supplying dealer Reg Dearden’s plate remains on the front mudguard, and the machine is fitted with a circa 1953/54 works cylinder head.
This can be recognised by the distinctive bosses adjacent to the timing side exhaust valve guide area.
Only on the works engines was oil cooling for the exhaust valve guide and valve provided.
The four stud fixing of the inlet valve is another works only feature.
The rest of the engine and machine appear to be of ‘Standard Manx specification’.
In very original condition with Amal GP2 carburettor and Borani rims this fine Manx Norton runs well.