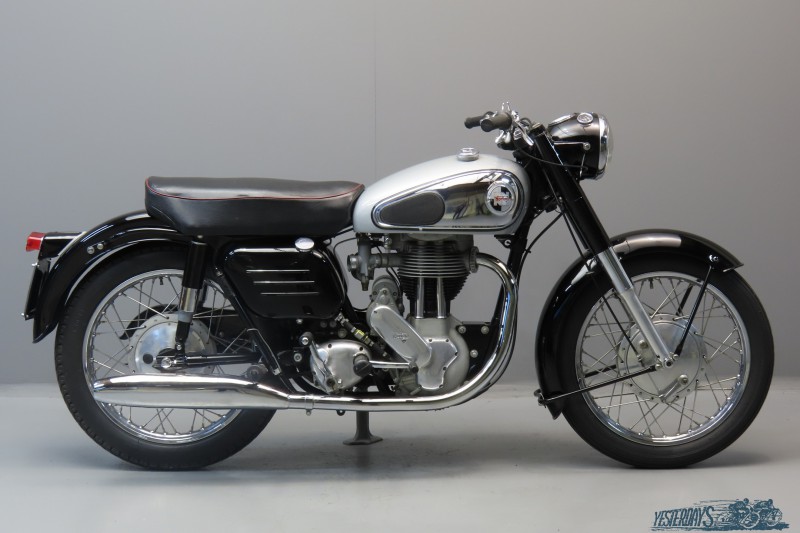 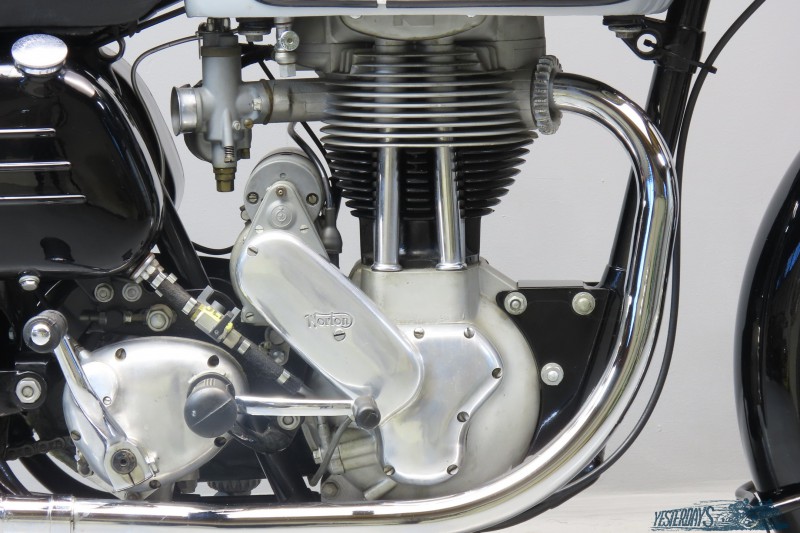 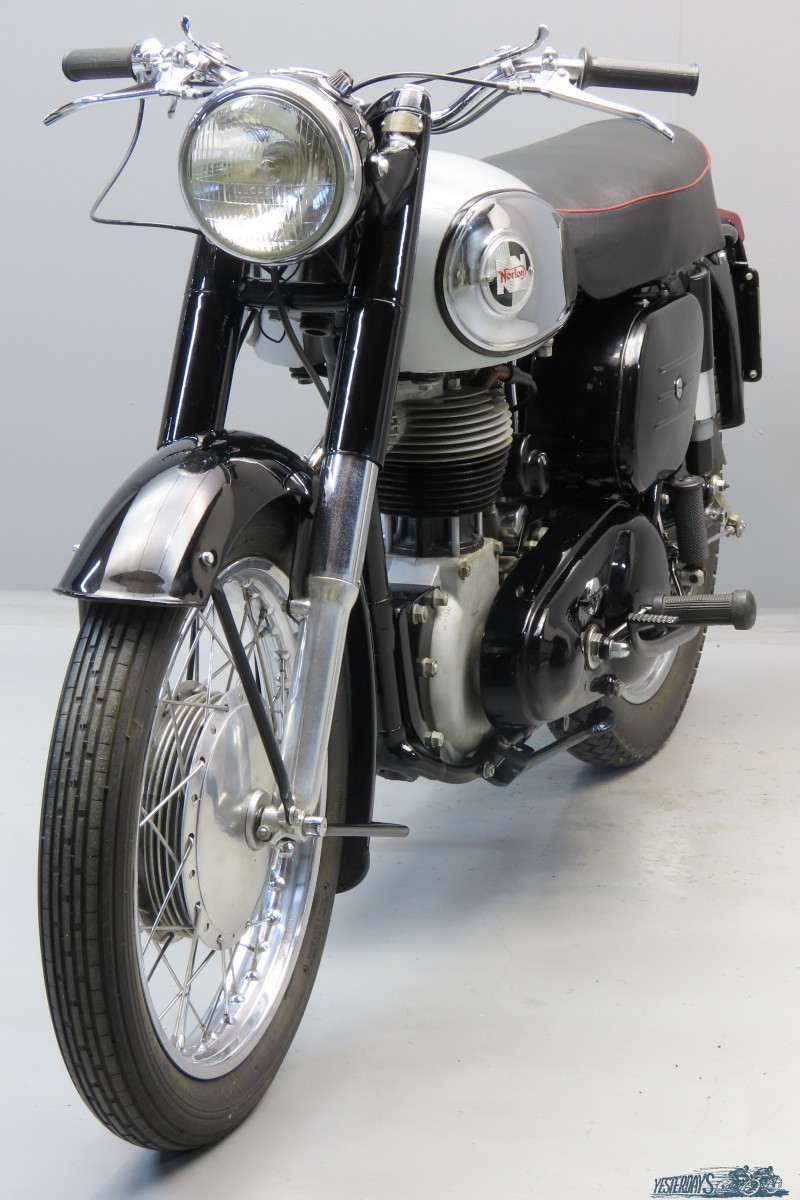 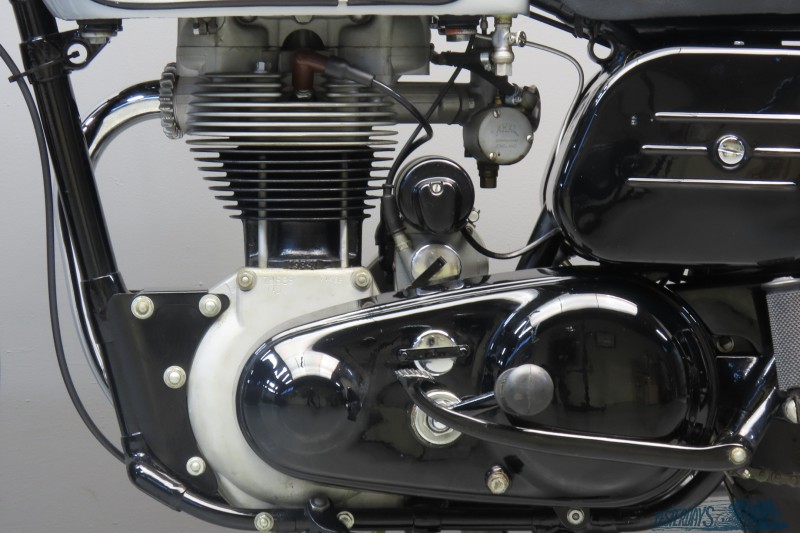 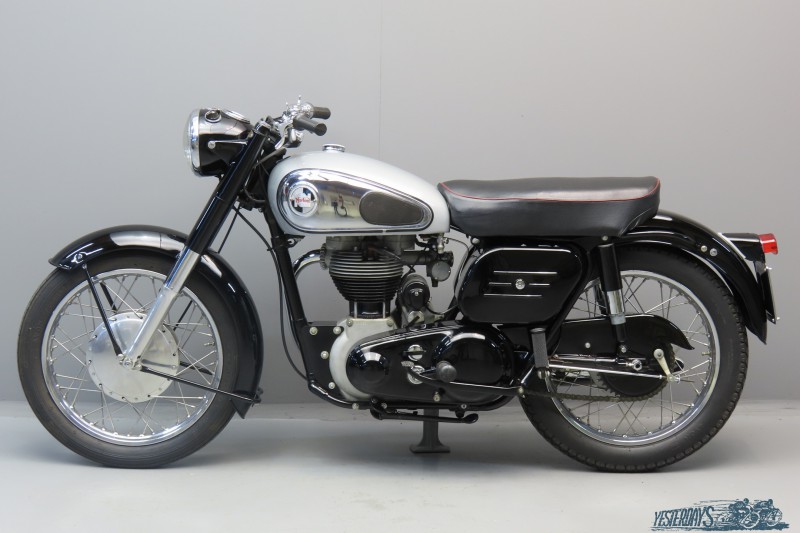 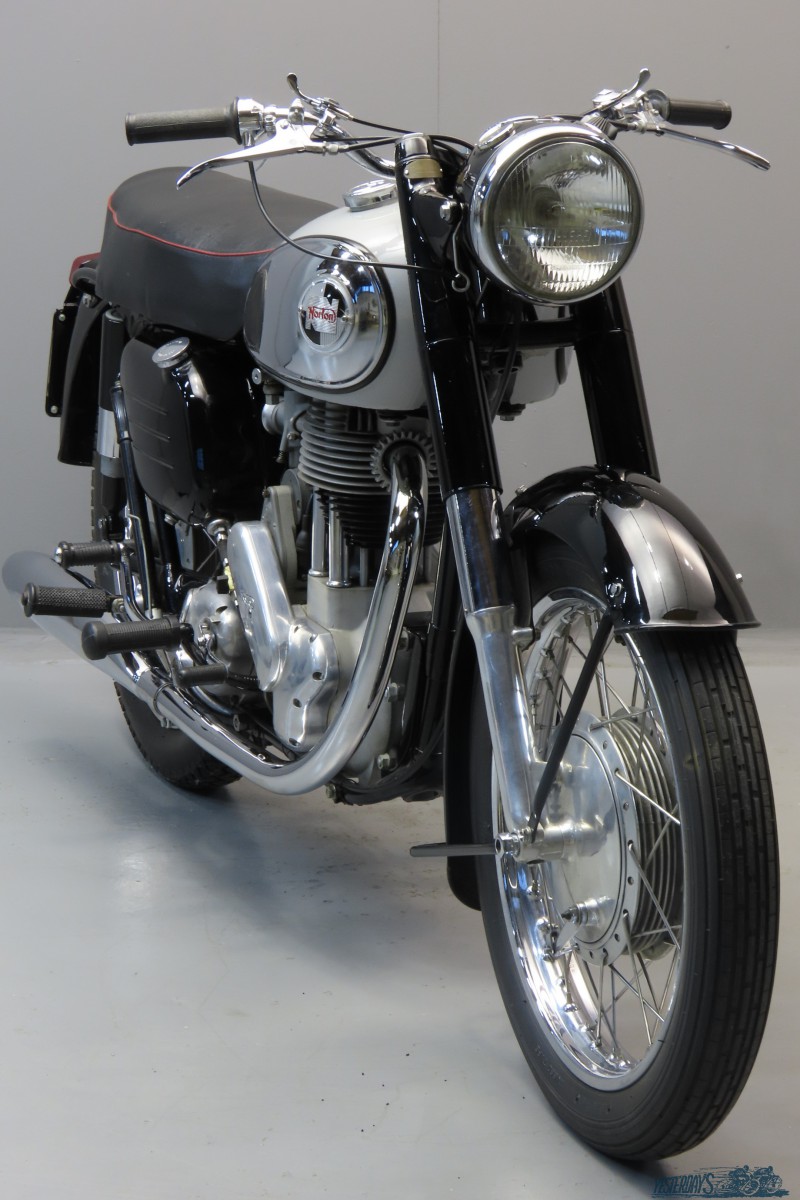 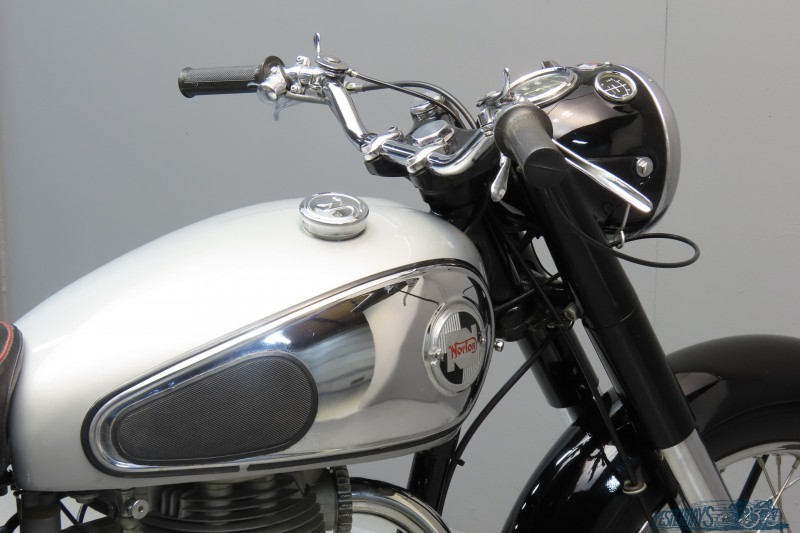 The single-cylinder Model 50 is designed by Edgar Franks and introduced in 1933. It’s Norton’s first production overhead-valve machine in the 350 class; the M50 and its twin-port brother, the M55, are junior versions of the 490cc Models 18 and 20 respectively. The new 350 has bore x stroke dimensions of 71x88mm and will become a popular sporting model with a production run that will last till 1963. That’s to say, the model disappears after 1939 but makes a comeback in the 1956 range. The M50 uses the ES2/19S cycle parts and has a slightly higher compression ratio of 7.3 to 1. Many changes occur in 1957, most notably a new cylinder head with integral push rod tubes, new cams, an improved frame and a new rear hub and brake backplate. When road testing a used example provided by a London dealer in 1964, UK monthly magazine Motorcycle Mechanics reports 75 mph (121 km/h) top speed with 50 to 60 mph (80 to 97 km/h) for comfortable cruising.

This good-looking and reliable Model 50 Norton was sold new in The Netherlands and stayed in one family till some years ago. She was always well maintained and ridden by several members of the family after a no-expense-spared restoration.