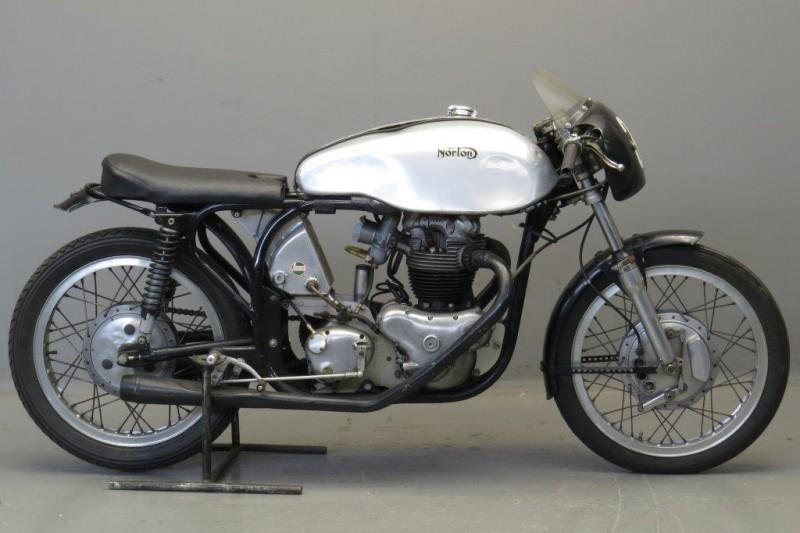 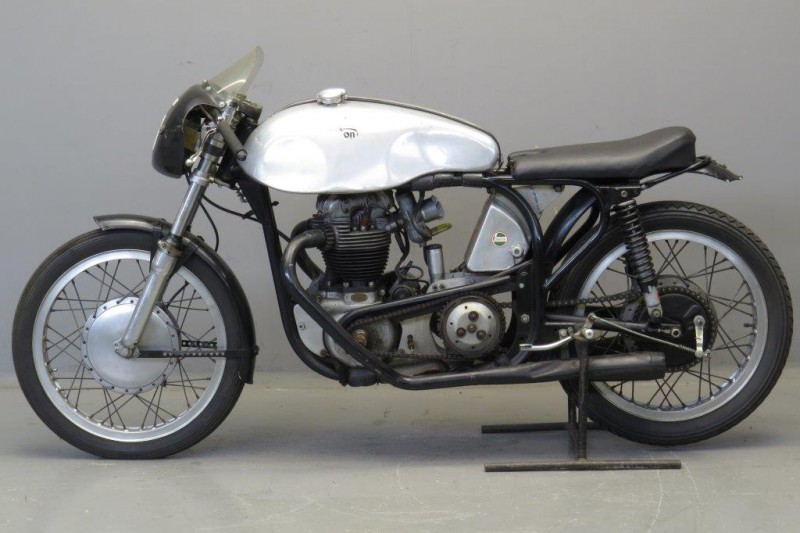 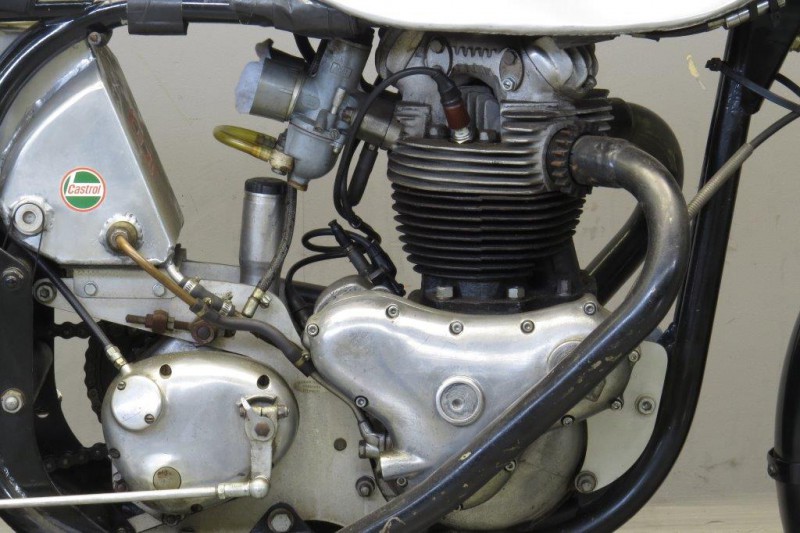 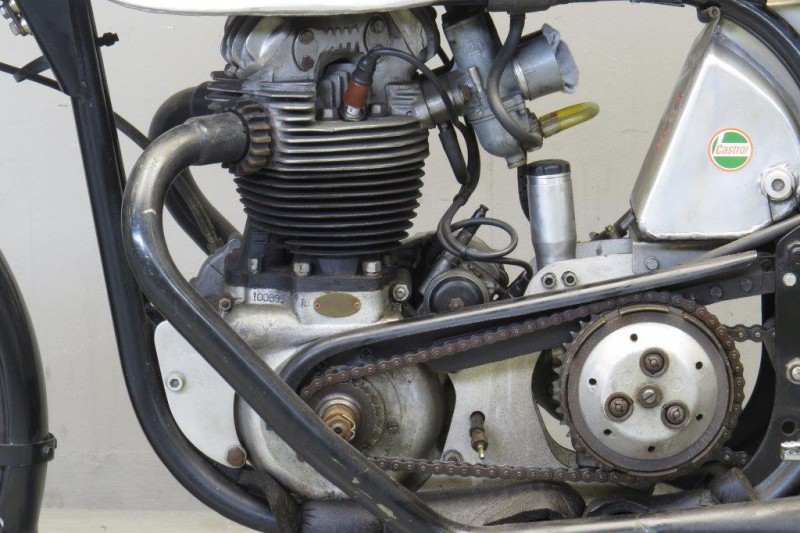 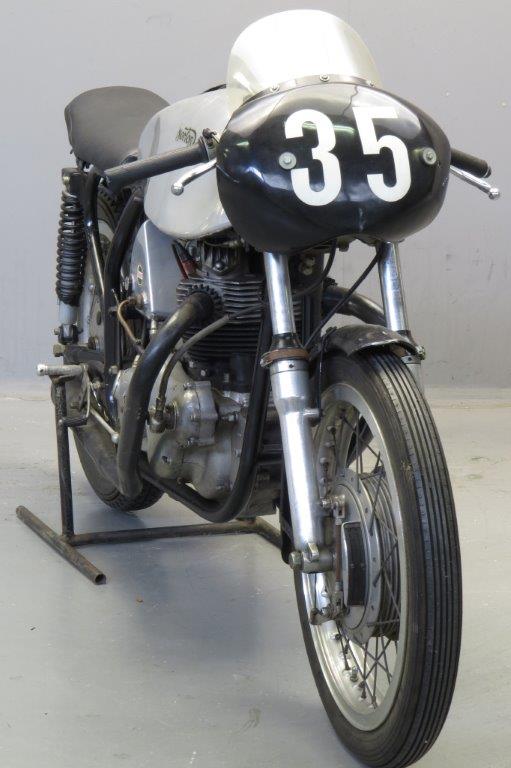 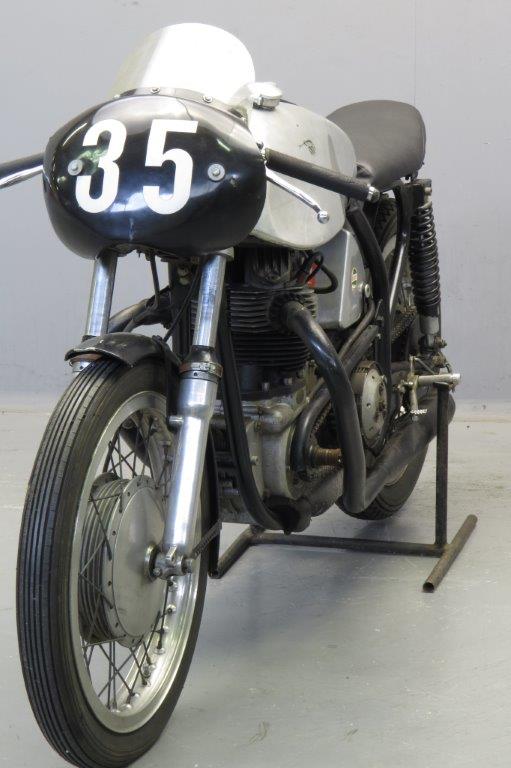 Following the introduction of the race-proven Featherbed frame on its road-going Dominator twin,
Norton began experimenting with a competition version for use in AMA racing in the USA.
Some creditable results were achieved in 1953, but it would be another eight years before the idea of a racer based on the roadster twin would be revived.
Development was supervised by Chief Engineer Doug Hele, who came up with a modified Featherbed frame, 2½” lower than that of the single-cylinder Manx and equipped with proportionately shortened Roadholder forks.
Christened ‘Domiracer’, Hele’s creation was entered in the 1961 Isle of Man Senior TT, though critics gave little for its chances when pitted against pukka racing machinery. Despite the general scepticism, Australian Tom Phillis brought the Domiracer home in a magnificent 3rd place behind the Manx Nortons of Mike Hailwood and Bob MacIntyre, lapping at 100.36mph in the process.
This promising debut ought to have heralded the introduction of an over-the-counter version, but Norton stuck with the Manx and the Domiracer project was shelved.
Despite Norton’s lack of faith, Domiracer-inspired specials have continued to be popular ever since.
This 1961 Domiracer-style special consists of a matching frame and  Dominator engine, a two-leading shoe front brake, alloy wheel rims, alloy racing tank and racing seat.
It will, after a long period of inactivity, require further re-commissioning before returning to the track.