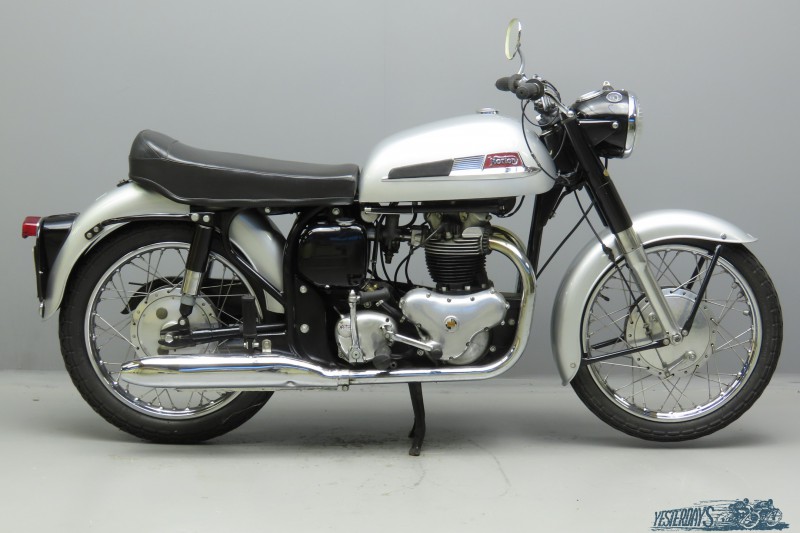 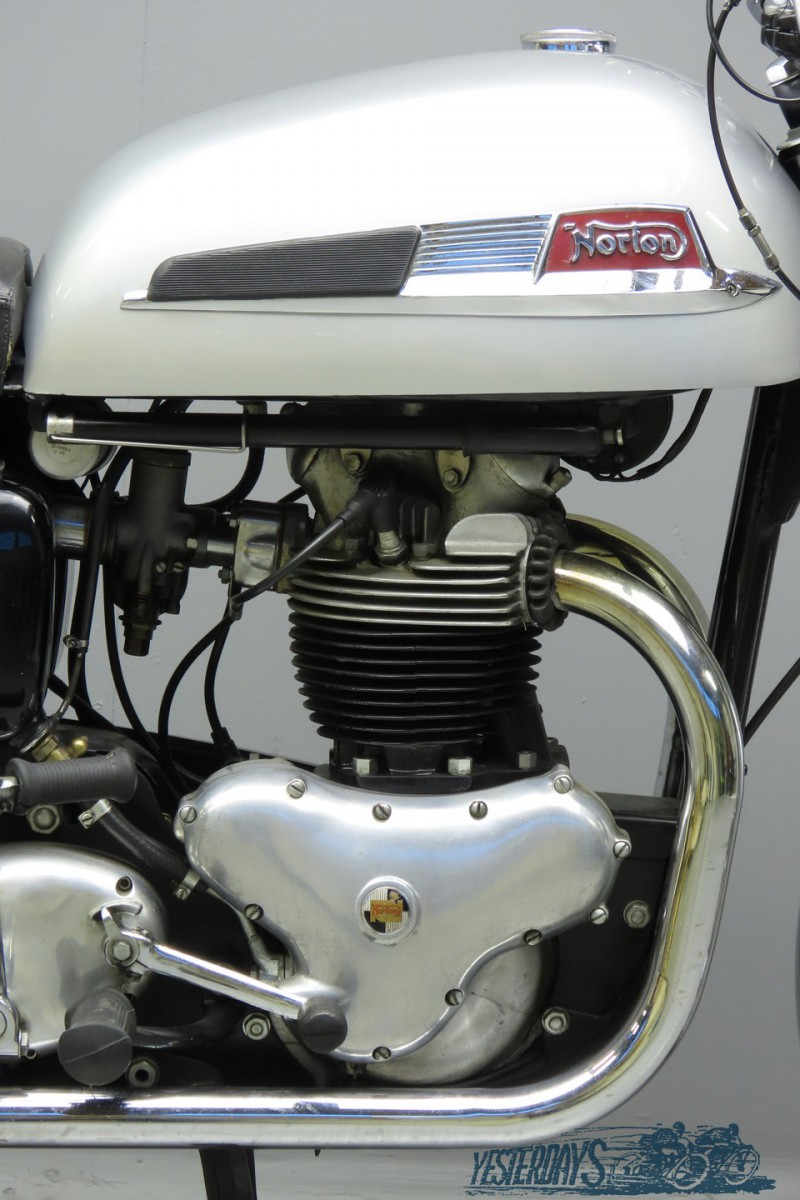 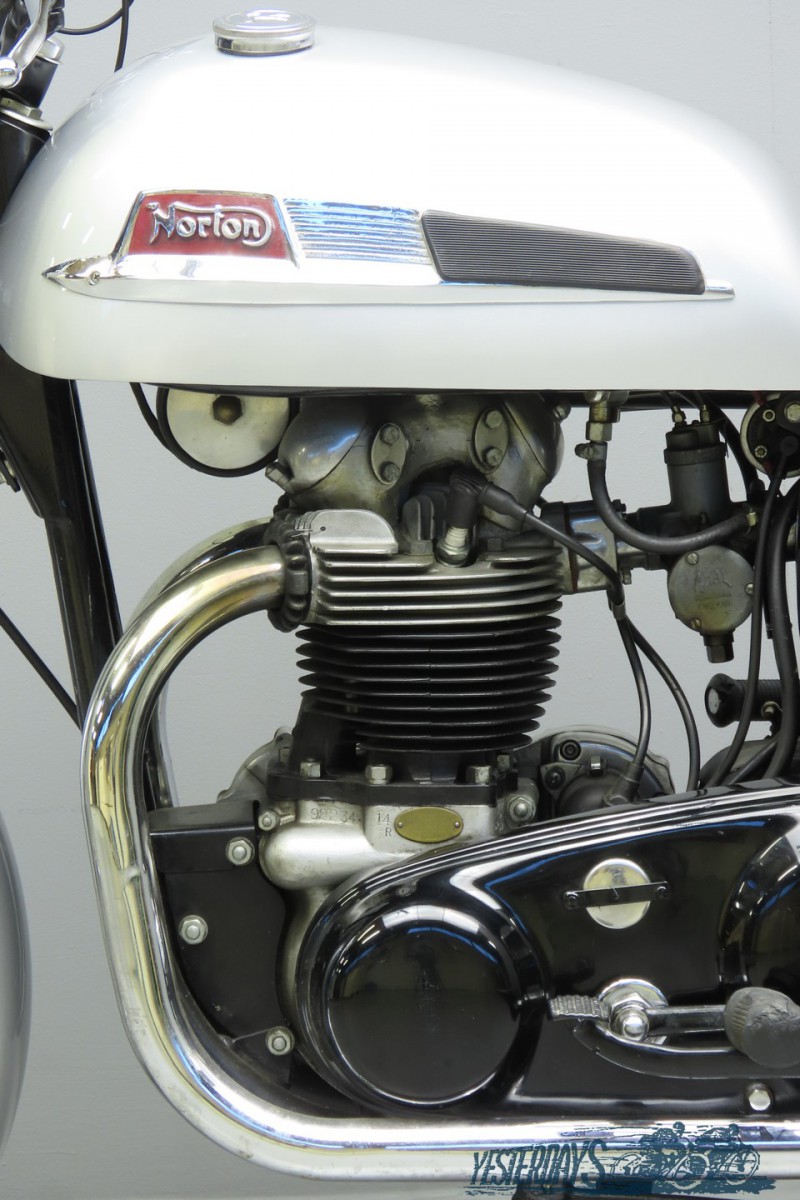 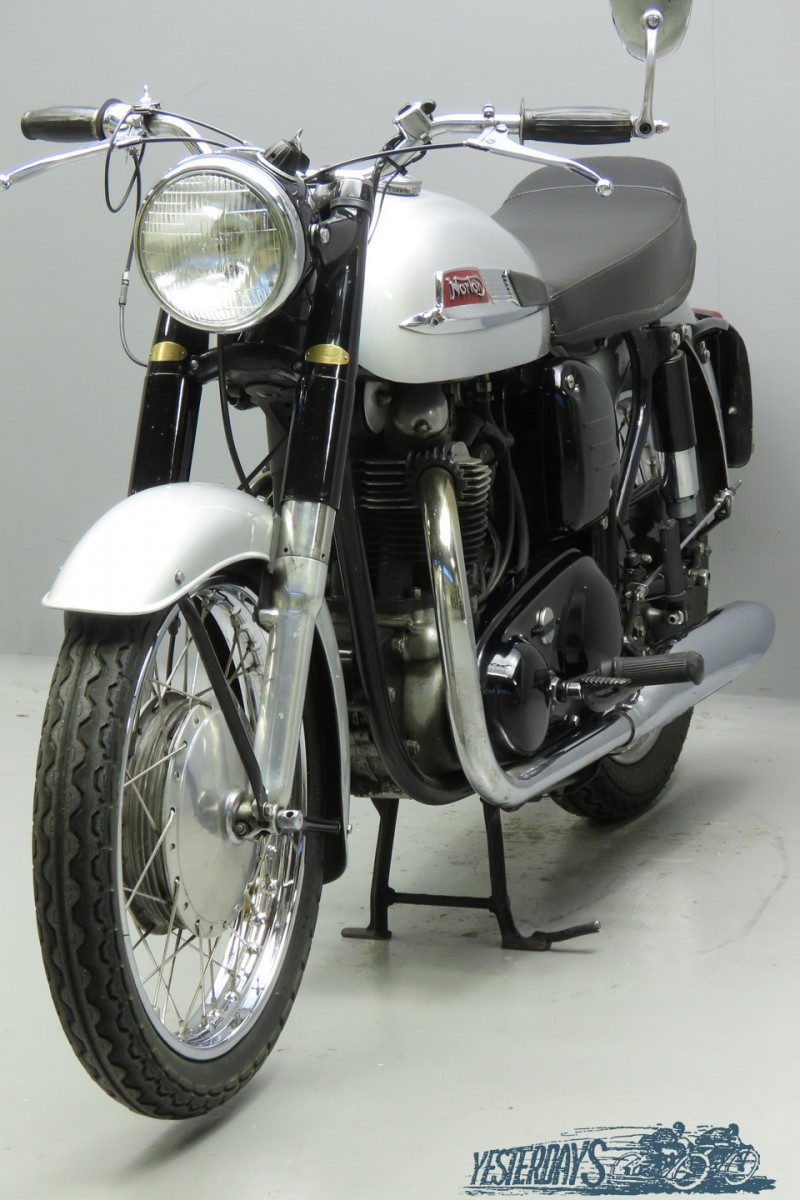 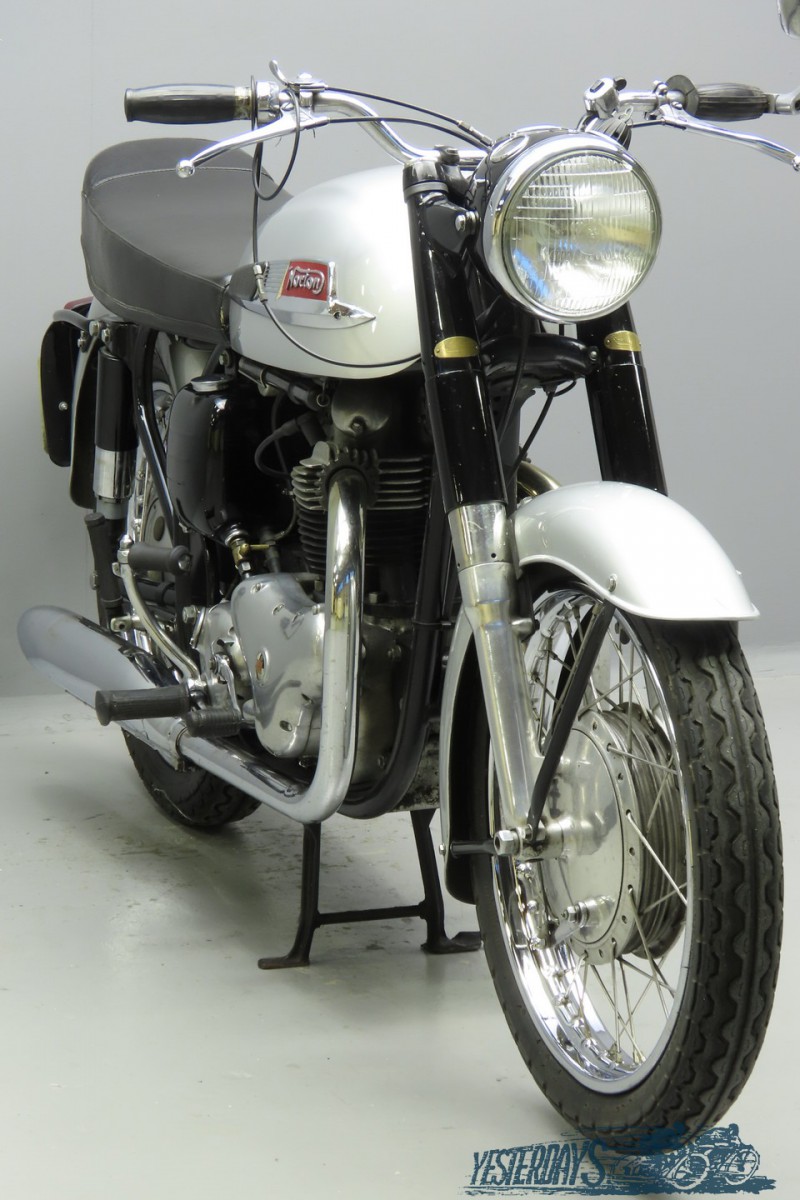 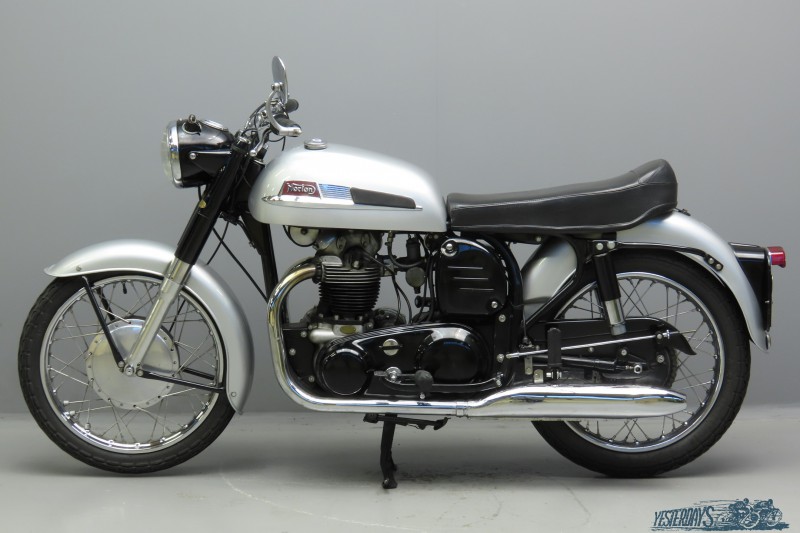 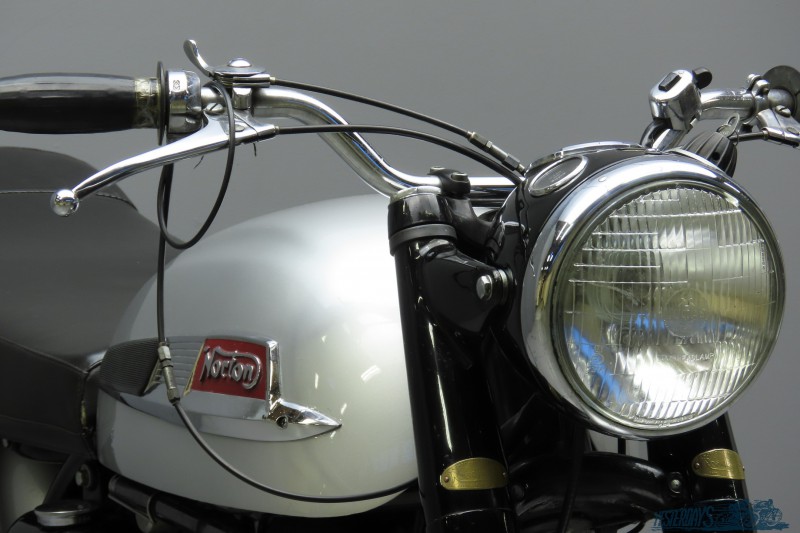 “Powerful, good looking, comfortable to ride, the Dominator 99 is a big machine with a big performance.
The 600cc vertical twin engine is the most powerful in the Norton range.
This model has a large following of enthusiasts who demand, not only high performance , but the built-in stability of Norton roadholding and braking qualities”, says the introduction of the Dominator 99 in the 1961 catalogue.
The model was available in Standard and De-Luxe form, the De-Luxe had a substantial enclosure of the rear of the machine.
The 596cc Dominator 99 twin was outwardly identical to its 500cc Dominator 88 brother.
Endowed with greater power and higher gearing, which enabled it to top the magic ‘ton’, the 99 nevertheless retained all the excellent handling and steering characteristics associated with the Featherbed chassis.
One of the Rockers’ favourites, the 99 remained essentially unchanged – apart from gaining alternator/coil-ignition electrics for 1958 – until dropped in 1962.
Motor Cycling published a road test of the 99 in the January 24, 1957 issue.
The 68 x 82 bore x stroke engine delivered 31 hp @ 5,750 rpm and the maximum speed the tested attained was just above 160 km per hour.
The testers were pleasantly surprised with the petrol consumption, which averaged about 25 km to a litre.
“General handling quality was excellent right up the speed range and the combination of a broad, resilient seat and sensibly located adjustable footrests resulted in a high degree of rider comfort. (…) Weather protection was up to the best standard obtainable without leg shields, and other general equipment, including the comprehensive tool kit, also deserves a good mark.
The lighting was adequate for a 60 m.p.h. night cruising speed, and the brakes, particularly that at the front, were such that, night or day, one could indulge in the most spectacular qualities of the “99”in certain knowledge of having full control and the ability to stop.
With the “99”, Nortons attain a new standard of excellence.”
The 99 we present has been restored a number of years ago. She is road-registered and in fine condition throughout.