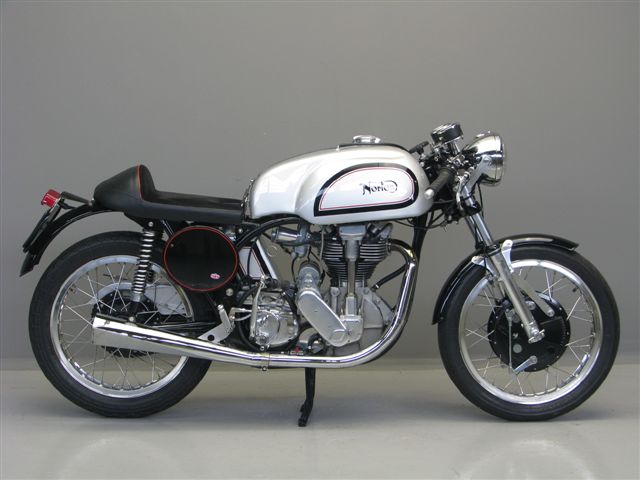 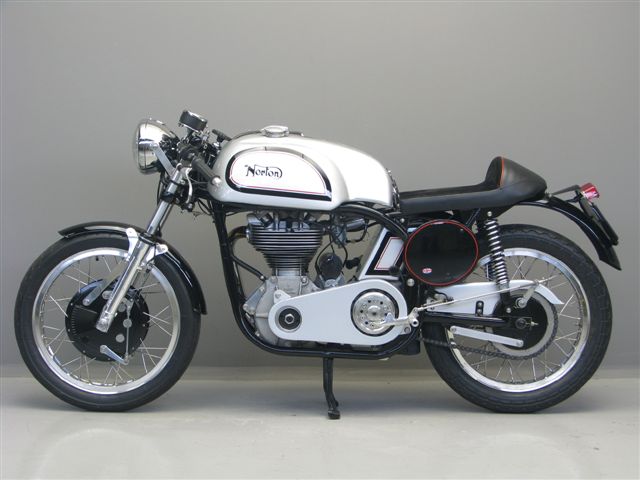 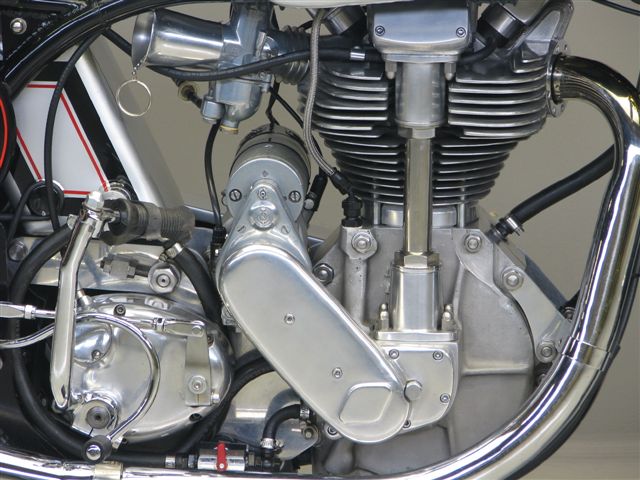 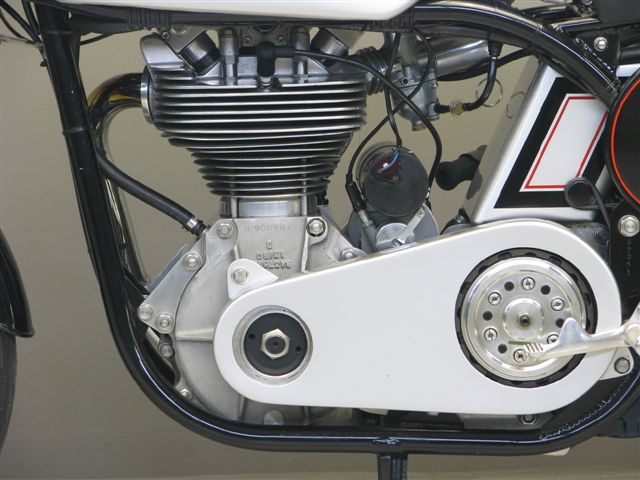 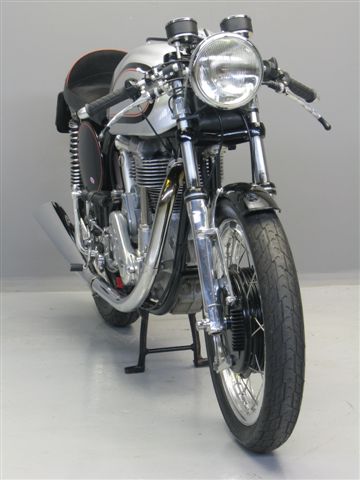 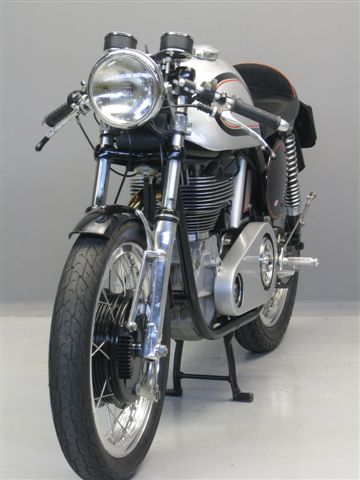 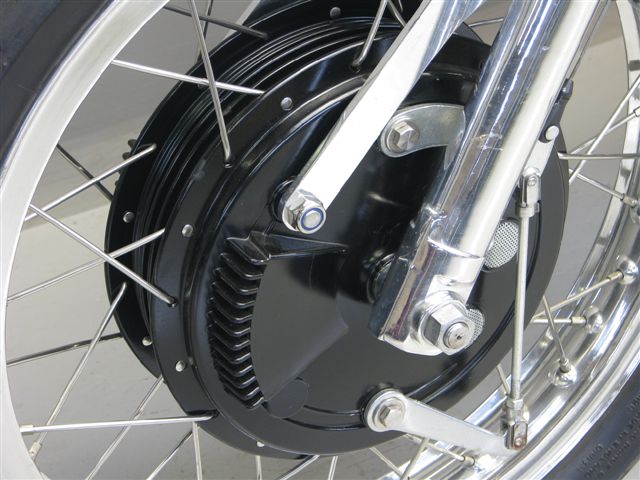 Through most of the fifties and much of the sixties, the Manx Norton was the privateer race machine of choice, from Clubman to GP stars.
Who would not wish to ride a Manx Norton, with the legendary performance and superlative roadholding, legally on the open road ?
This Norton is created from a ca 1951  engine in a 1961 featherbed frame and totally created to have fun and to get the feeling, a GP star must have had in the fifties and sixties, while racing towards victory !
Genuine Manx Nortons in racing trim are not very practical for use in everyday traffic, so some modifications were done to tame the beast.
The standard GP carburettor has been changed for a 1 ¼ “ AMAL Concentric 932 R300 which gives the engine a very nice slow tick-over when idling.
A Swiss clock couldn’t do better ! Frontbrake has four leading shoes and this will really stop !!
A twist of the wrist confirmes, we have a real thouroughbred here ! A megaphone exhaust is fitted to keep the barking at a high level.
However a well-disguised Dominator silencer will be supplied with the machine.
One can imagine, an original open megaphone will create that much loved Burrrr-Durrrr sound, so well known from the early race tracks.
At slow speeds when moving off, the engine is remarkably tractable and user-friendly and feels well in slow city traffic
This Manx Norton can be driven like a lamb or like a lion on the open road .
Revving her up through the gears instantly gives the well-appreciated kick in the pants !.
We were unable to test the machines top speed potentional, but not unfamiliar with old and fast machinery, we are certain that she will go much faster than we
will ever dare……………..