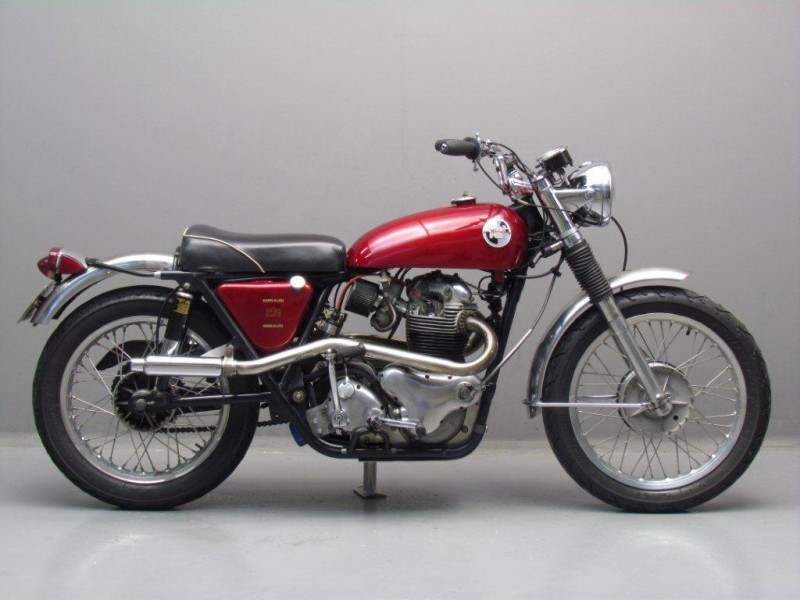 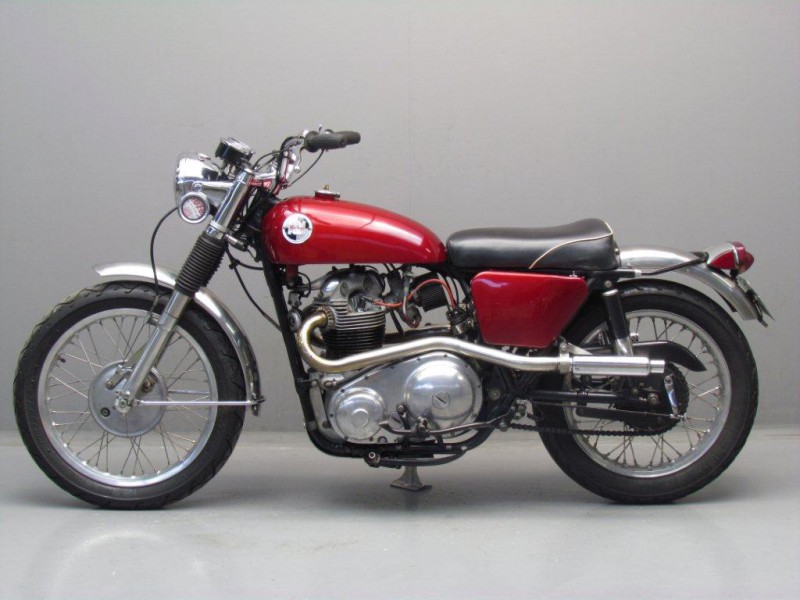 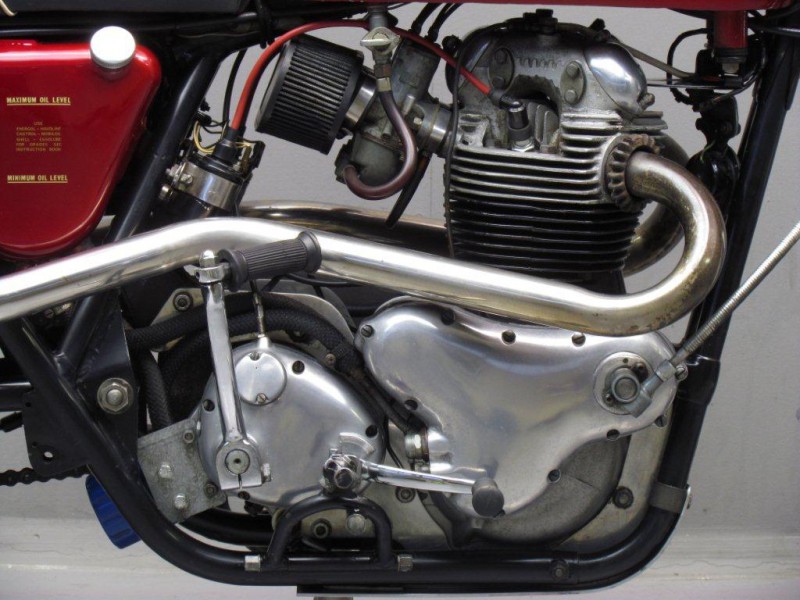 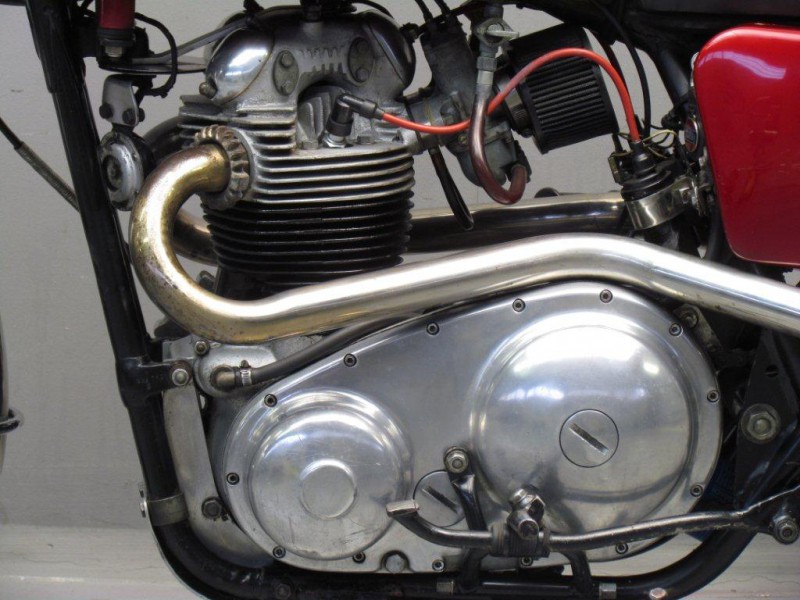 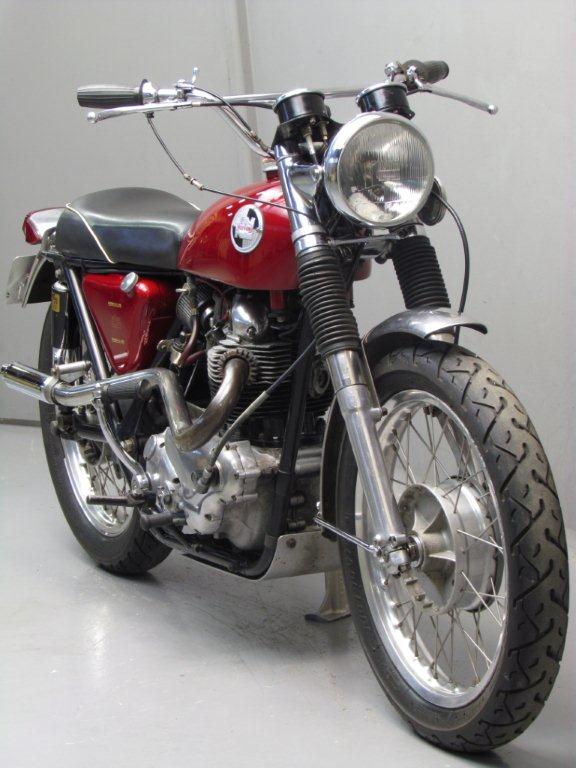 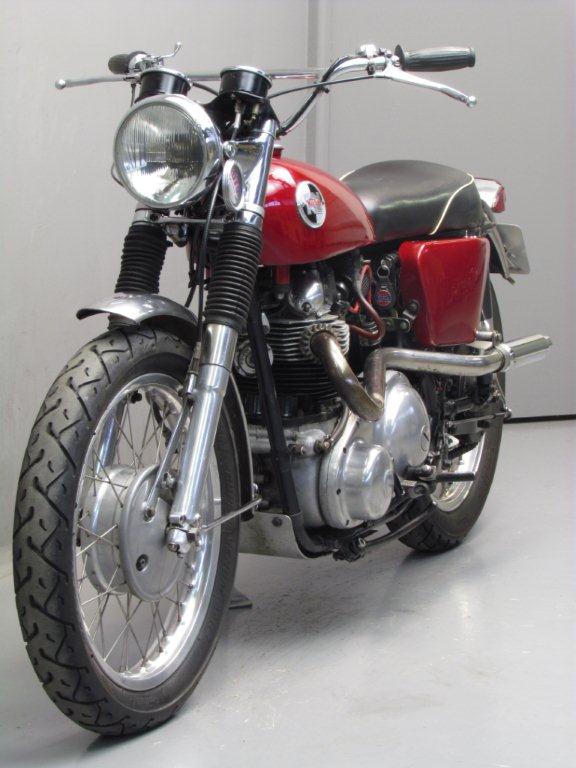 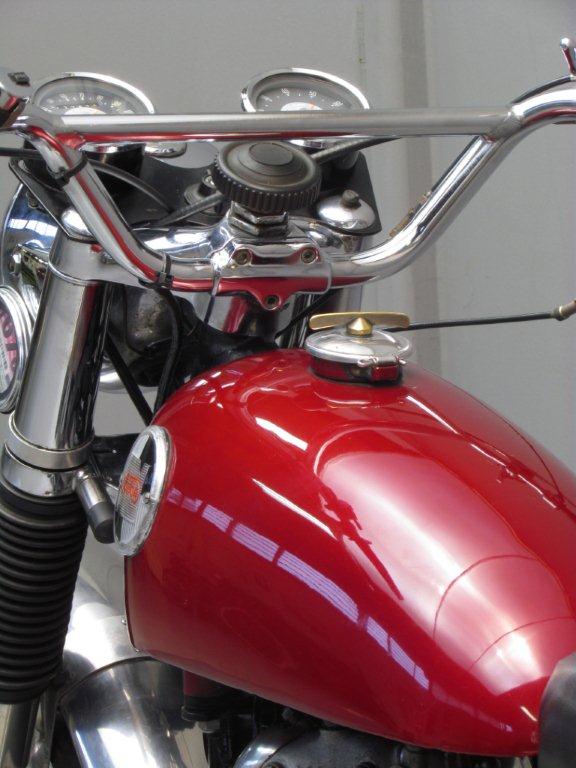 Norton-Villiers developed the P11 from the Norton Atlas as an export model for the growing sport of desert racing.
The prototype using the Atlas 750cc twin cylinder engine in a Matchless G85 CS (Competition Scrambles) Reynolds 531 lightweight steel frame.
The aim was to achieve the best possible power-to-weight ratio, so all the cycle parts were made as light as possible, with a small alloy fuel tank.
Twin coil capacitor ignition and twin AMAL Concentric carburetors were used, as well as a speedometer and tachometer and an alloy sump guard.
The fuel tank and alloy oil tank were painted in Candy Apple Red with the frame in black.
The new motorcycle was known as P11, and was built at the former AMC factory in Woolwich, London, largely from spare parts.
The first P11 was completed in March 1967 and the first batch were exported to the US and launched under the advertising slogan "Dynamite on wheels".
They sold well with demand outstripping supply.
Mike Patrick won the 1968 Californian Desert Race championship on a Norton P11.
This well restored and shiny P11 is running very well.