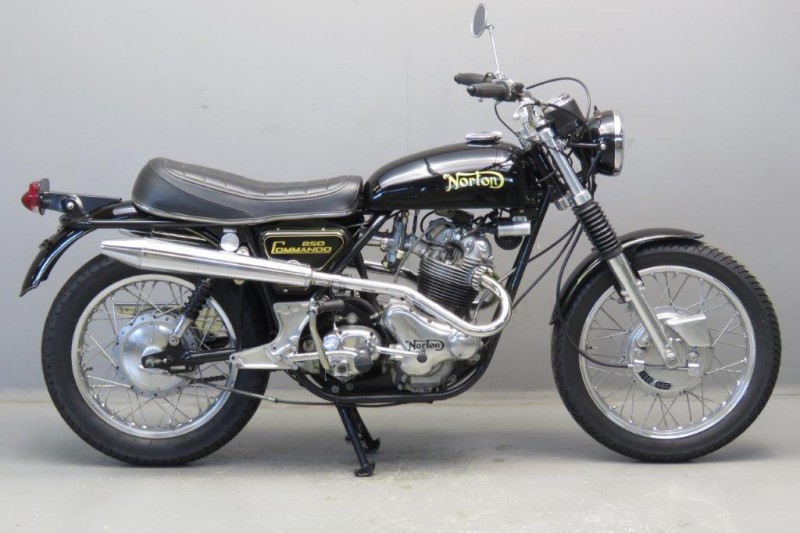 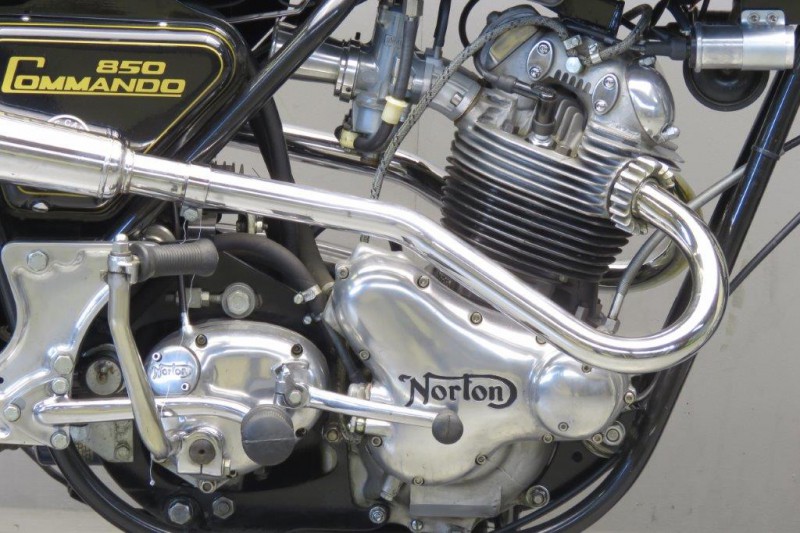 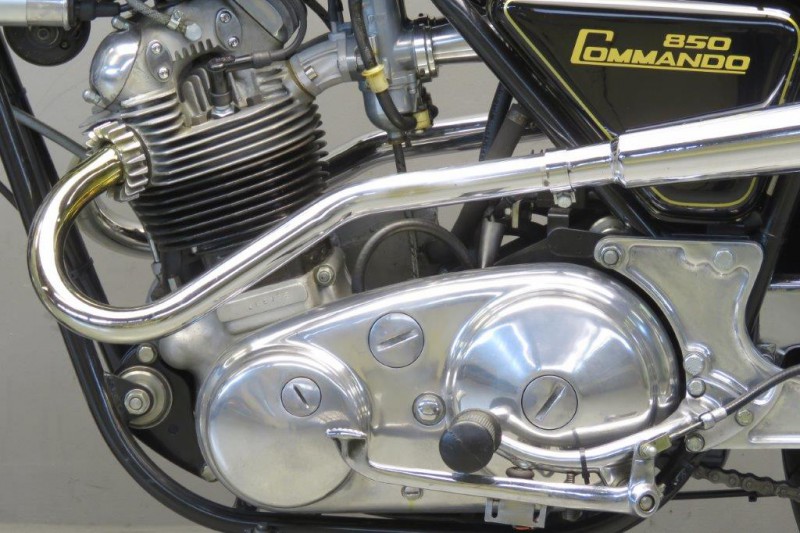 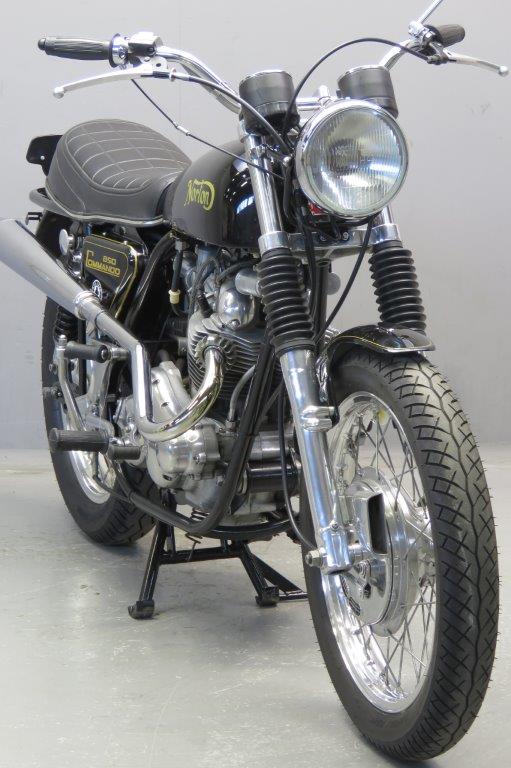 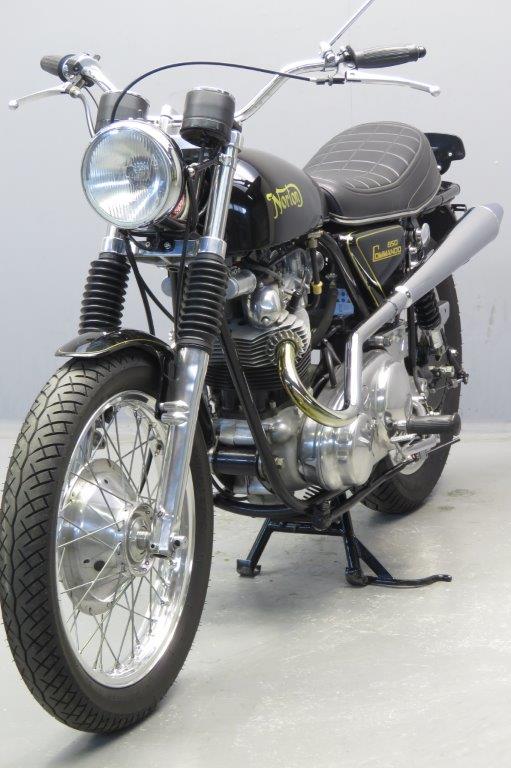 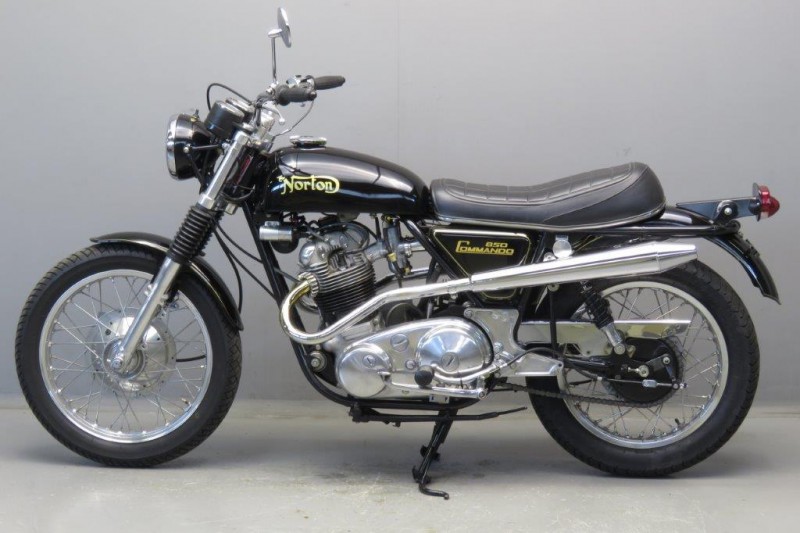 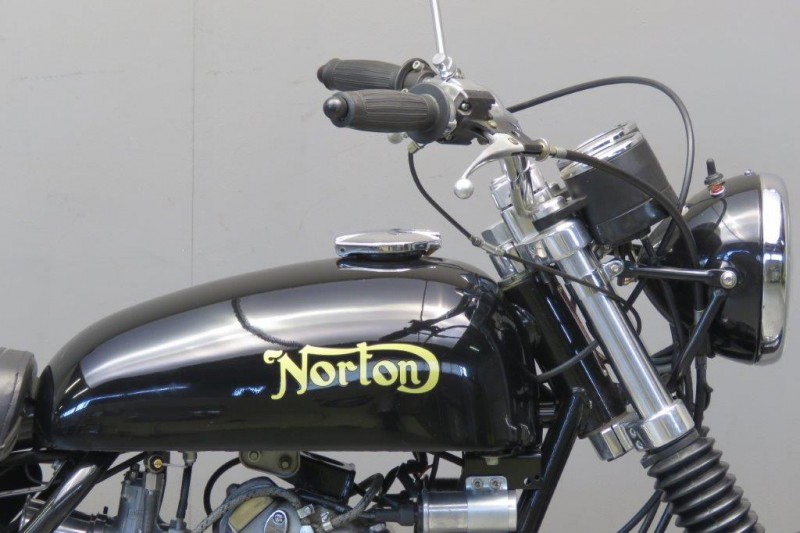 The Norton Commando was the last twin piston-engined motorcycle produced by the Norton Motorcycle company.
During the ten years it was in production it was popular all over the world.
In the United Kingdom it won the MCN "Machine of the Year" competition for five successive years from 1968-1972.
Some regard it as the British Motorcycle Industry's swansong, selling well from its introduction in 1967 through the end of the British bike industry as a commercial concern in the mid 1970s.
In 1969, the Commando was introduced.
Its styling, innovative isolastic frame and powerful engine made it an appealing package.
The 850 cc Commando was launched in 1973.
Commandos used a four-speed chain drive transmission and twin Amal slider carburettors.
The Commando easily outperformed contemporary Triumph and BSA twins and was the most powerful and best-handling British motorcycle of its day.
The isolastic frame made it much smoother than the former model Atlas.
It used rubber bushes to isolate the engine and swinging arm from the frame, forks, and rider.
The engine was claimed to develop more than 65 bhp (48 kW) at 6,500 rpm.
The Commando was offered in several different styles: the standard street model, a street-scrambler with upswept pipes and the Interstate, packaged as a tourer.
This desirable 1973 850cc Commando SS “Street Scrambler” has been meticulously restored and runs very well.