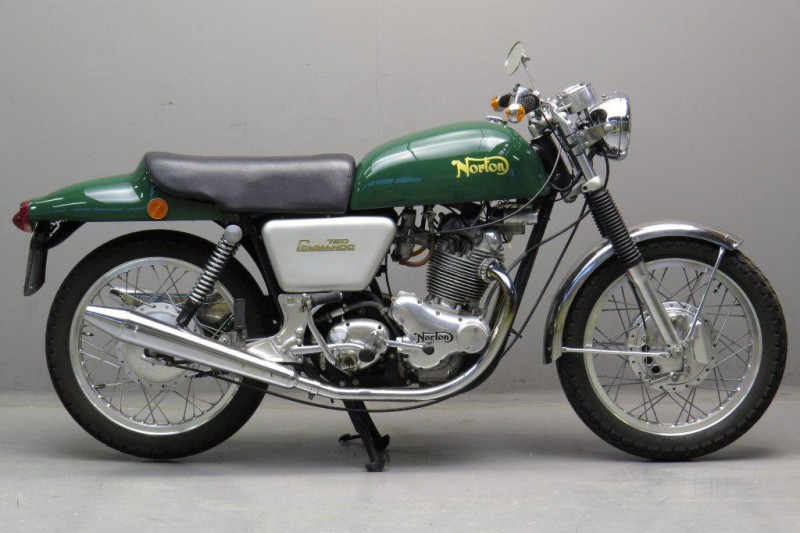 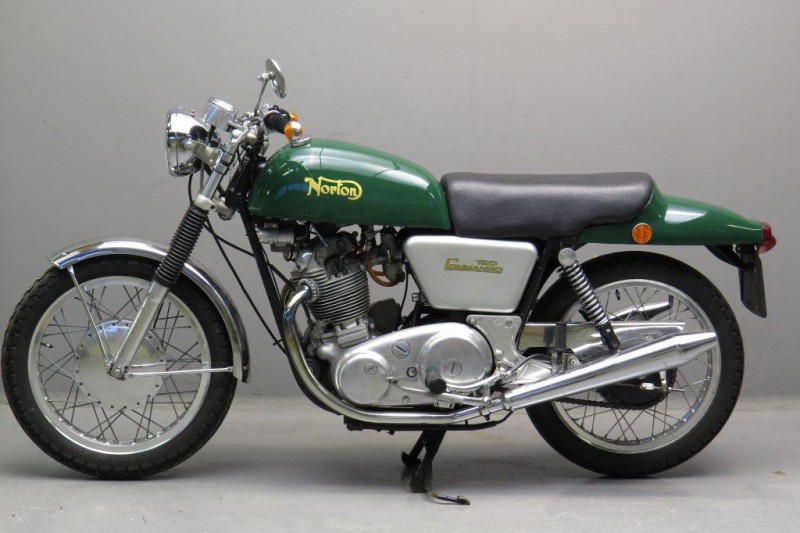 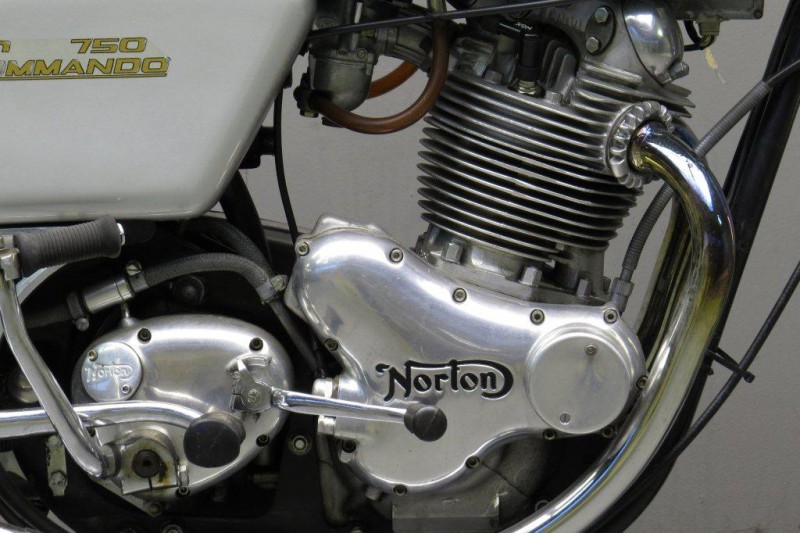 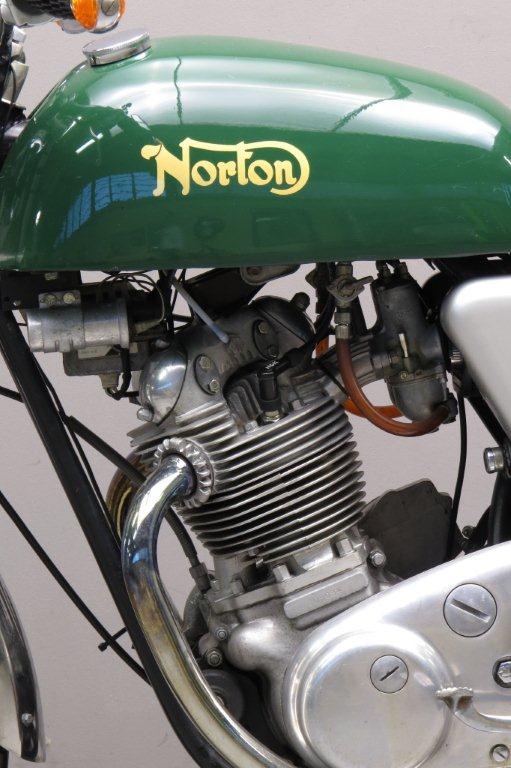 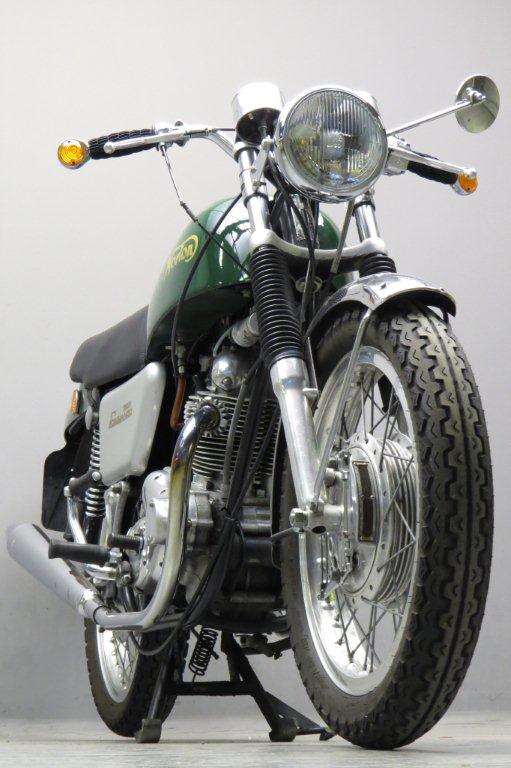 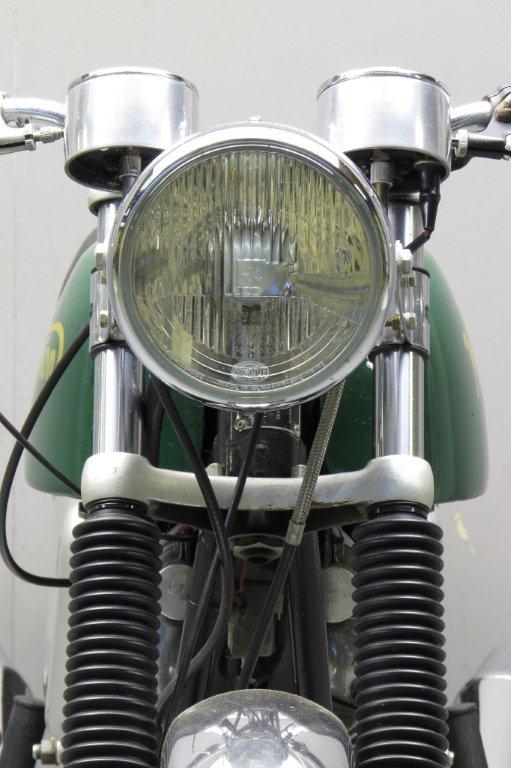 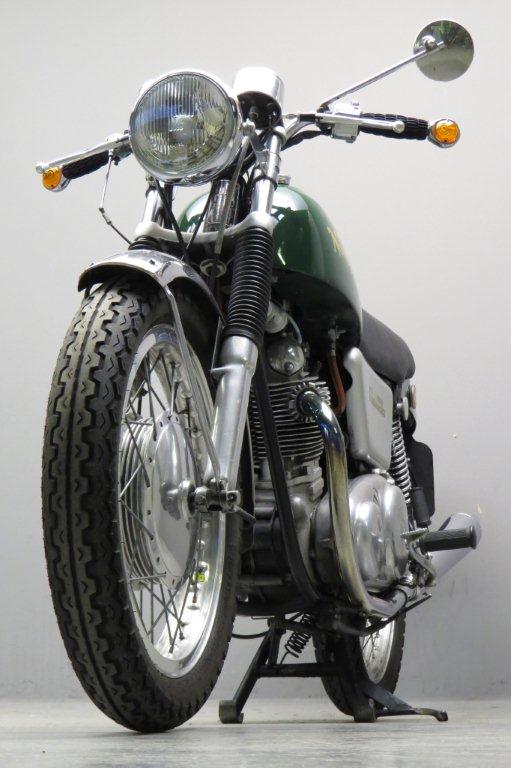 The Norton Commando is a motorcycle that even today, 46 years after it was first introduced, lives on as one of the most iconic
British motorcycles of the 20th century.
The Norton Commando motorcycle would go on to become, for many in the ‘60s, ‘70s and today, the most desirable motorcycle in the world.
The 1967 Earls Court Motor Show had an all-new bike ready to show to the world.
Norton created the Commando – a bike that would go on to win Motor Cycle News “Machine of the Year” award for 5 successive years
from 1968 to 1972.
Some riders complained about the short range the commando’s had, so Norton produced the ATLAS tank version to extend the range.
The Fastback Long Range is a rarely seen variant which was only in production for 2 years, from early 1971.
It is estimated that
only 400 or so were made during that time.
The machine was virtually identical to the Fastback model of the same era except for
the larger capacity Atlas style petrol tank of a shape similar to that fitted to the old Slimline Featherbed frame models.
The colour choices for the tank were red or green as shown on this example.
With its near 60HP the Norton Commando was, and still is capable to cope with modern traffic under most conditions.
This well running and good looking Norton Commando Fastback LR is ready for the summer season.