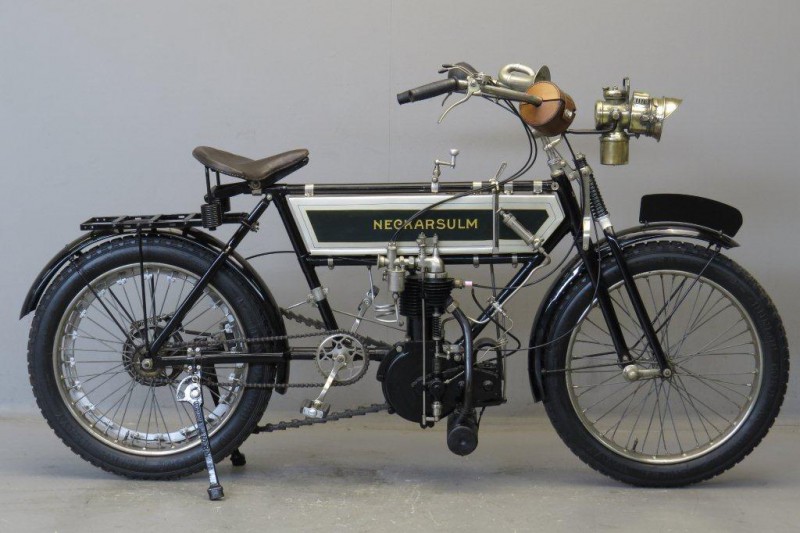 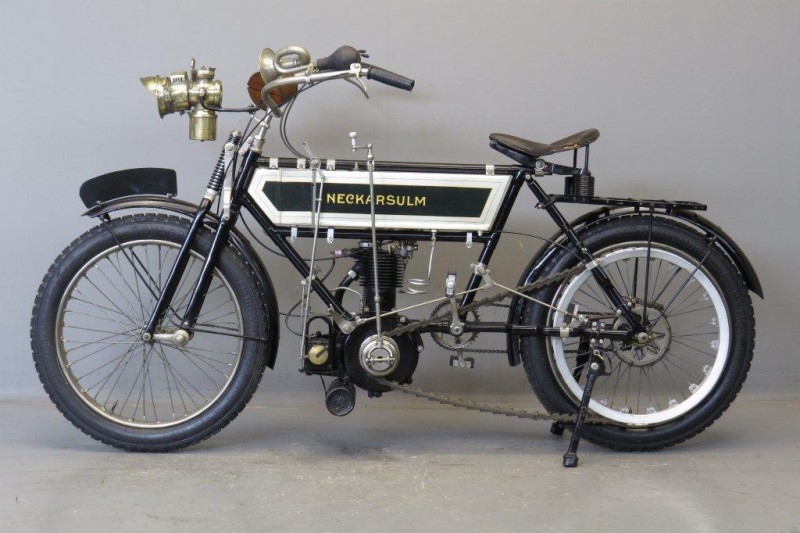 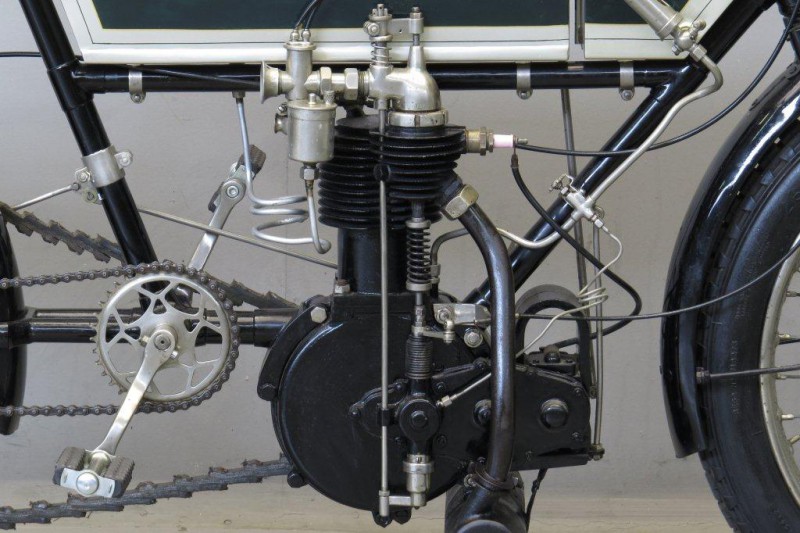 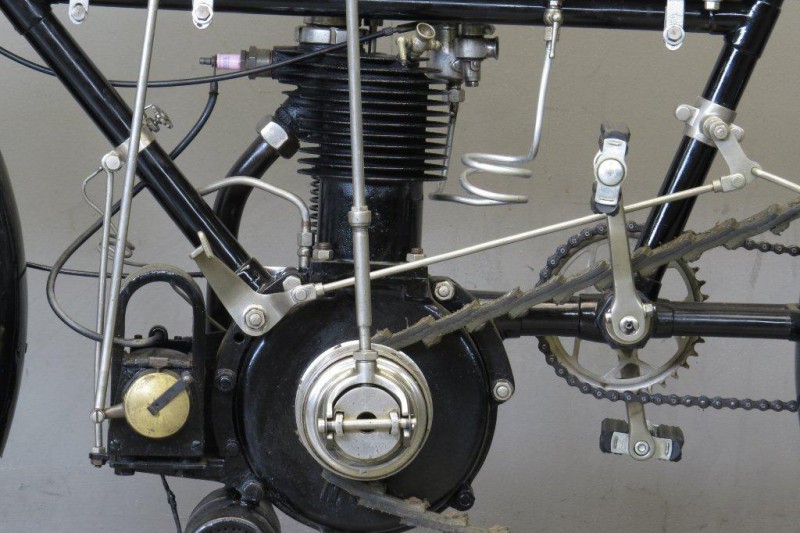 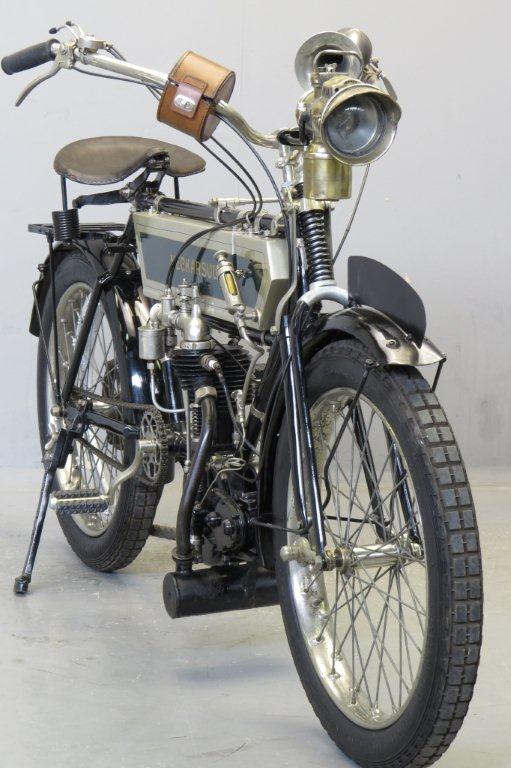 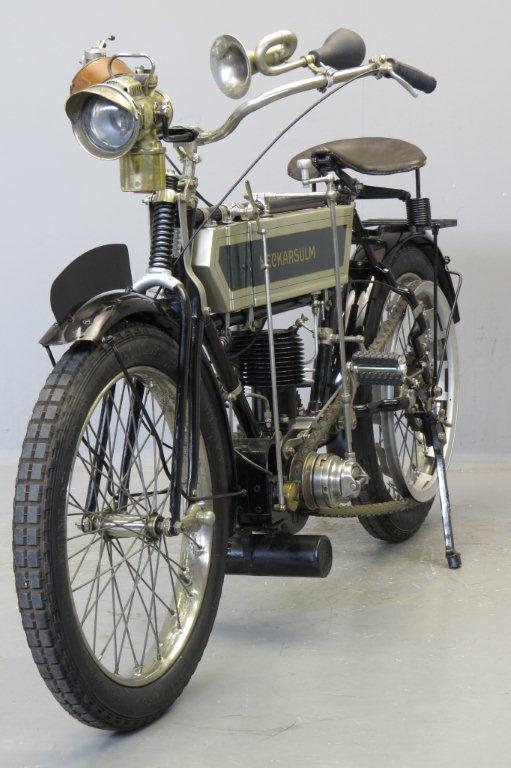 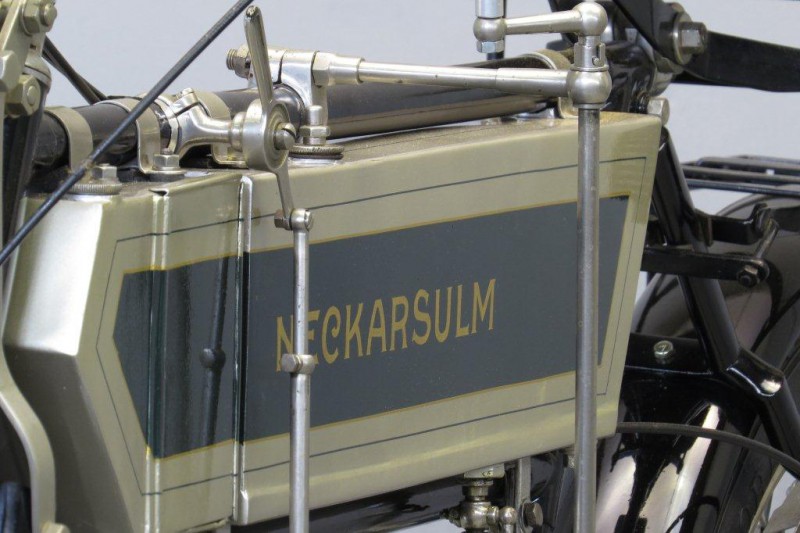 The company started as a knitting machine manufacturer ( Neckarsulmer Strickmaschinen Union)  and went into the bicycle trade in 1886.
It was a logic step to move into motorcycle production and in 1901 the first motorised NSU bicycle with Zédel  clip on engine was produced. Soon the development and production of   the company’s own engines  were taken up and  within a few years NSU was making its own power units and was one of the first manufacturers to fit two-speed transmission.
Designed by its late founder’s son, Karl Schmidt, the first all-NSU model of 1903 was powered by a 329cc engine rated at 2½hp and would turn out to be a huge success by the standards of the day, in excess of 2,000 being sold up to 1905.
A host of different models was introduced up to the outbreak of war, including a range of v-twins in various sizes.
The marque established a strong presence in overseas markets, being exported widely throughout Europe and even to the USA.
Prior to WWI, NSU ranked second only to Indian among imported makes in the UK.
This 3 ½  HP model has the typical NSU overhead valve  operation  system in which the inlet valve is forced open by a rod actuated by the exhaust valve cam.
It has a practical clutch with two speed gear on the engine pulley and has been slightly  updated in the  past by the fitting of more practical  1909-type front forks and a British carburettor.
This rare NSU is a well- sorted older restoration that has spent many years in the Dover Transport Museum  Collection in England.
It comes complete with Pioneer certificate.