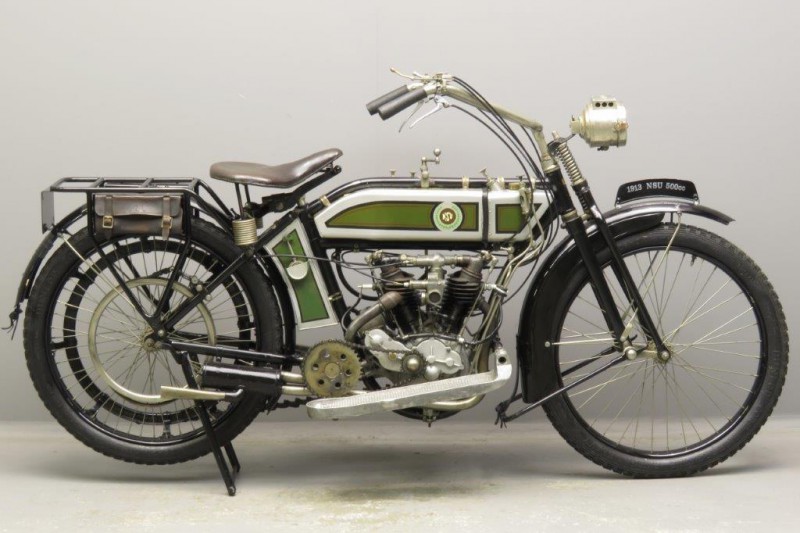 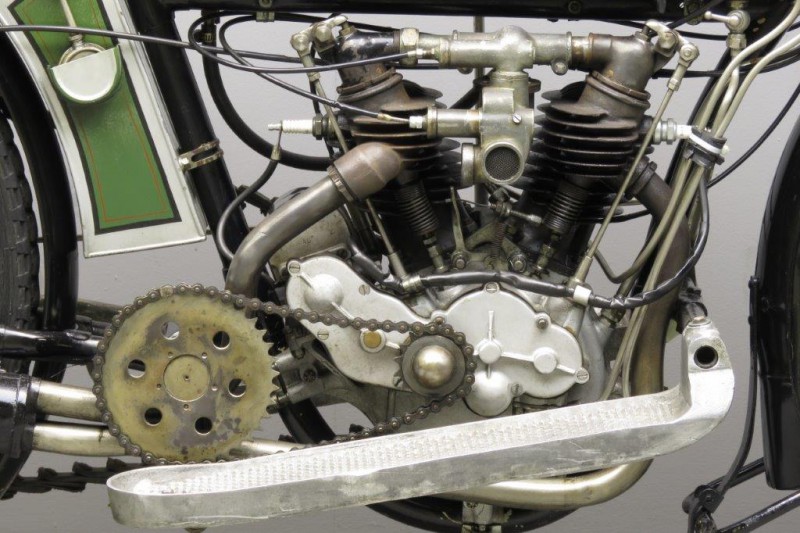 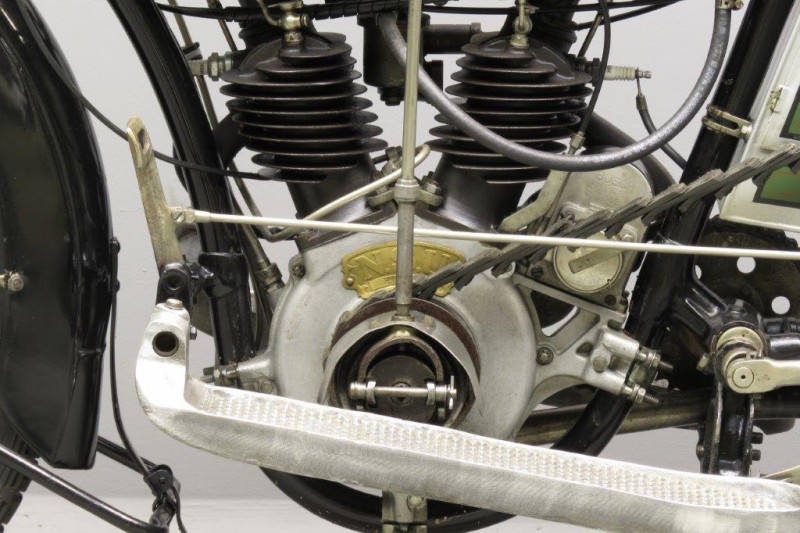 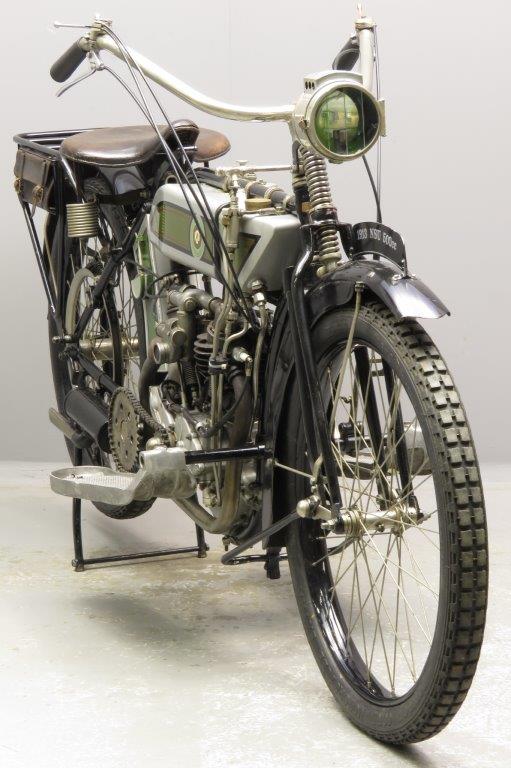 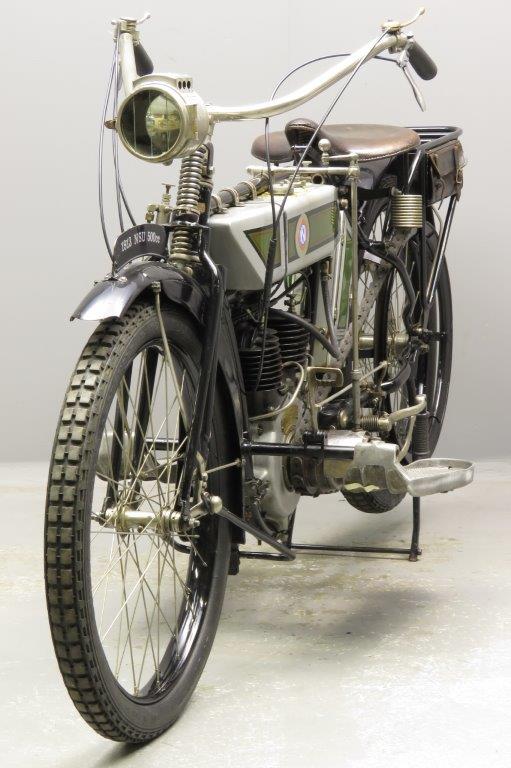 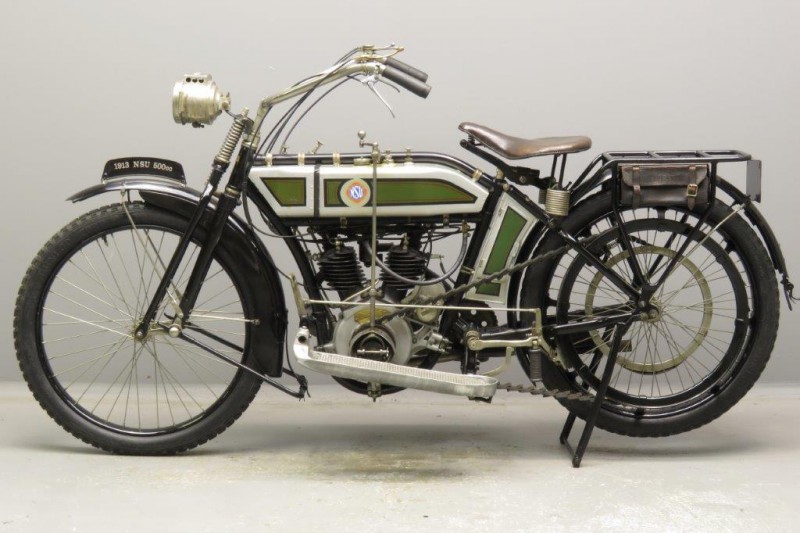 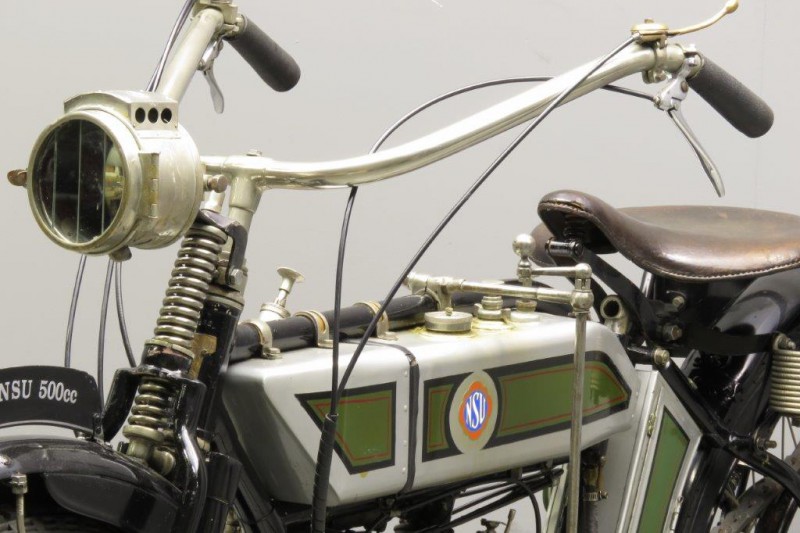 NSU built its first powered two-wheeler in 1901.
Zédel proprietary engines were used initially but within a few years NSU was making its own power units and was one of the first manufacturers to fit two-speed transmission.
Designed by its late founder’s son, Karl Schmidt, the first all-NSU model of 1903 was powered by a 329cc engine rated at 2½hp and would turn out to be a huge success by the standards of the day, in excess of 2,000 being sold up to 1905.
A host of different models was introduced up to the outbreak of war, including a range of v-twins in various sizes.
The marque established a strong presence in overseas markets, being exported widely throughout Europe and even to the USA.
Prior to WWI, NSU ranked second only to Indian among imported makes in Britain.
The single cylinder models in the 1913 catalogue ranged from a light 2 HP with bore x stroke of 58 x 72 mm giving 190 cc to a sturdy 499 cc, 85 x 88 3 ½ HP machine.
Two twins were available, the 58 x 75 mm 3 HP we offer here and a big 830 cc, 75 x 94 6 ½ HP sidecar machine.
Our 3 HP is fitted with NSU’s own practical 2-speed gear and free engine.
Automatic mechanical lubrication system and kickstarter were new features for 1913.
This practical veteran is an older restoration of which the tank top finish could use some attention.
The machine weighs a mere 70 kg and has a top speed of 75 km/h.