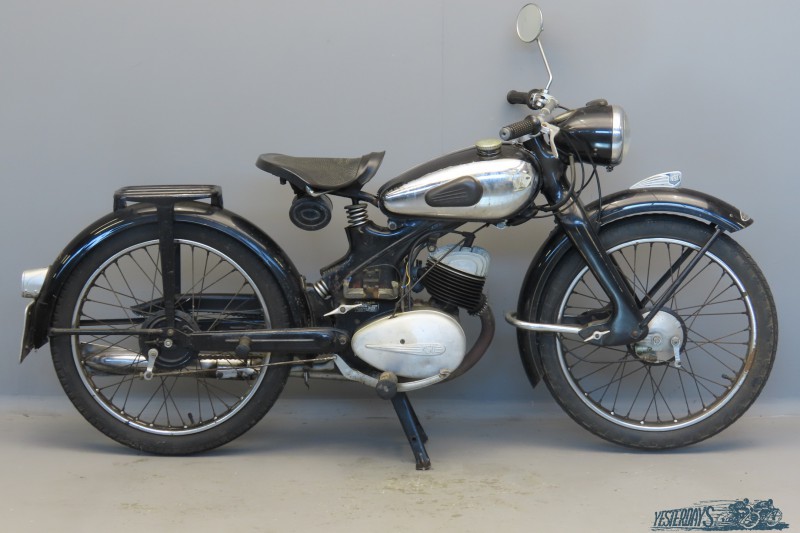 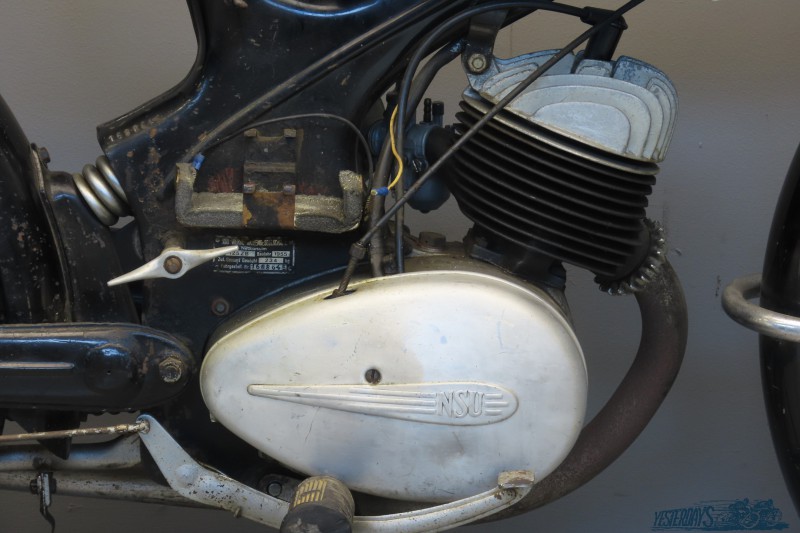 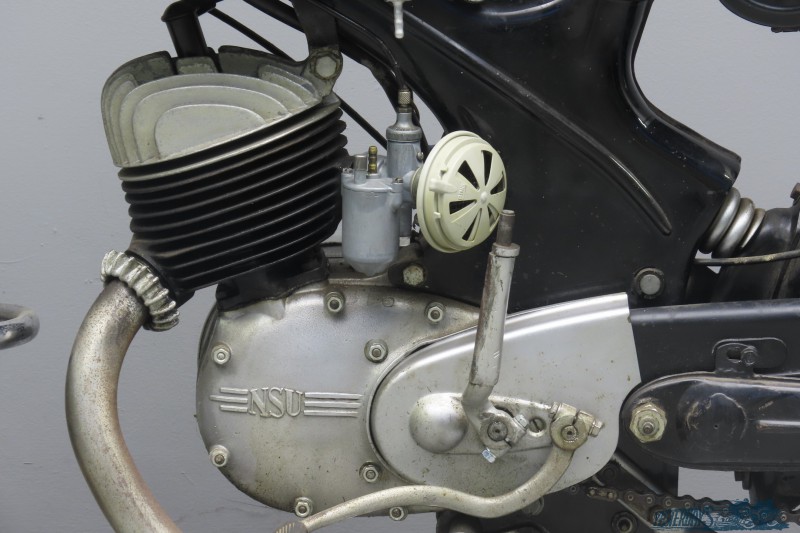 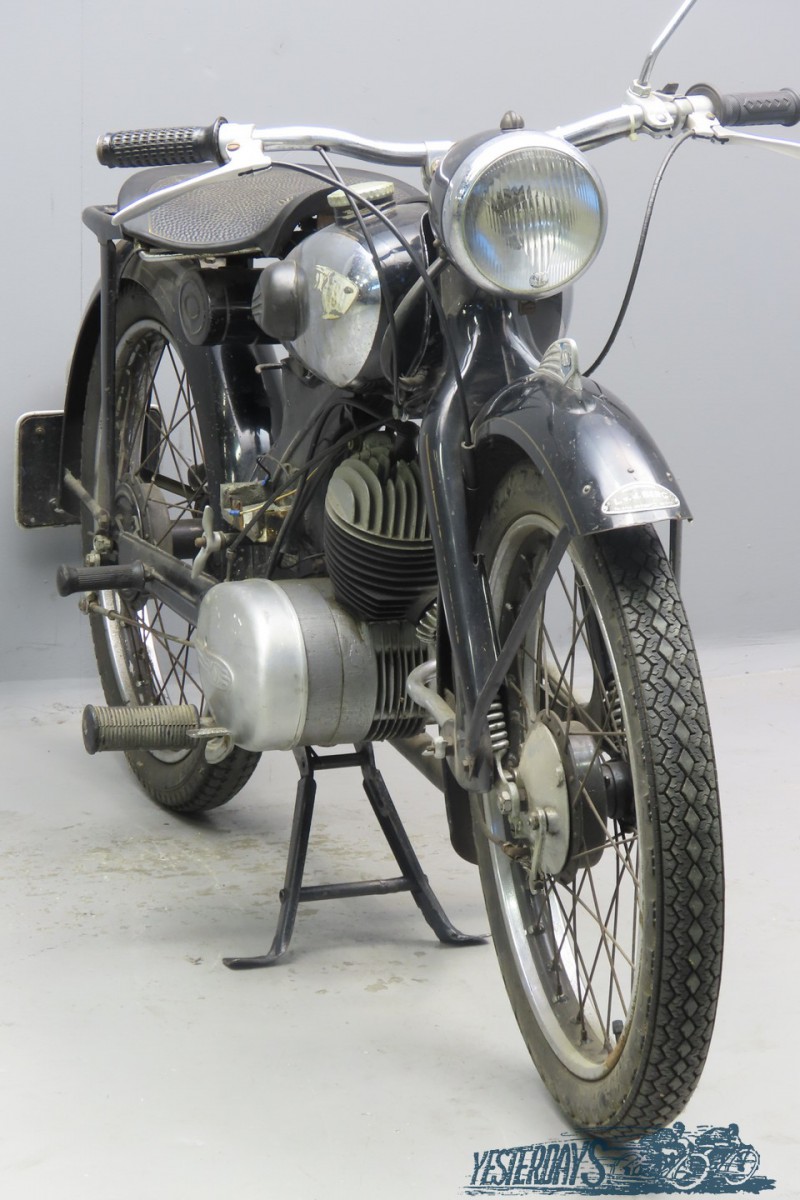 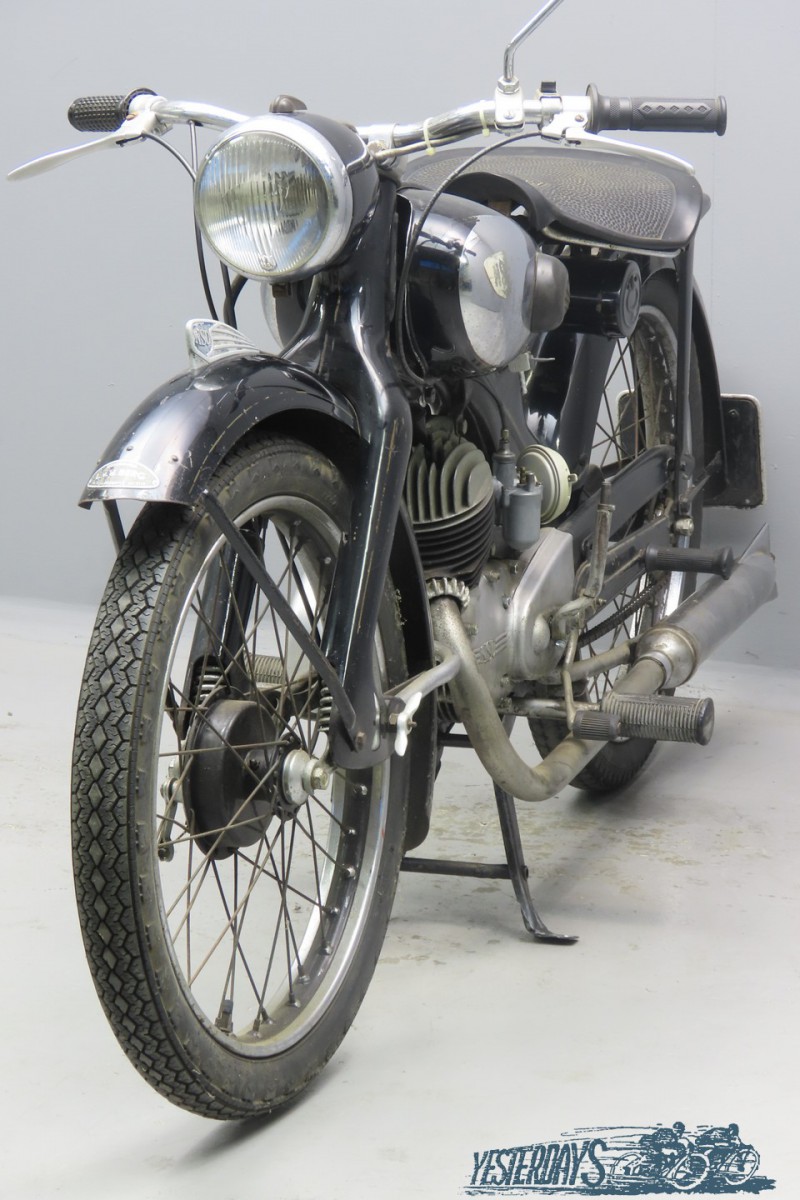 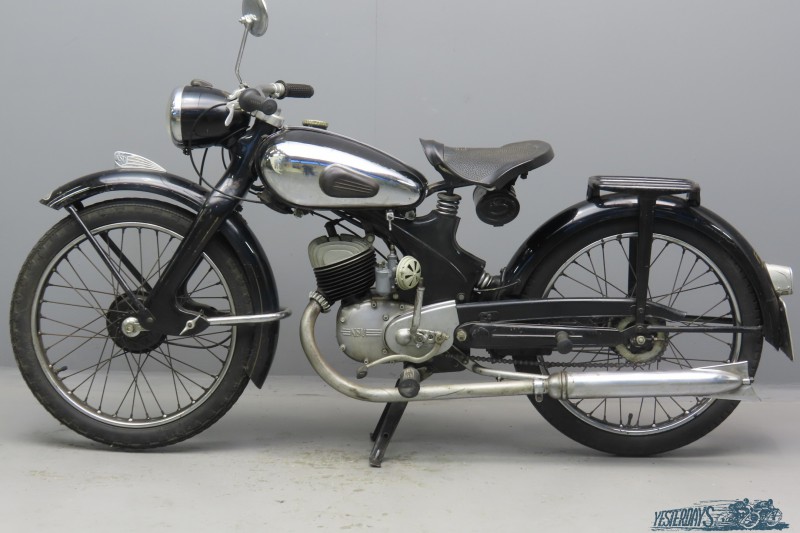 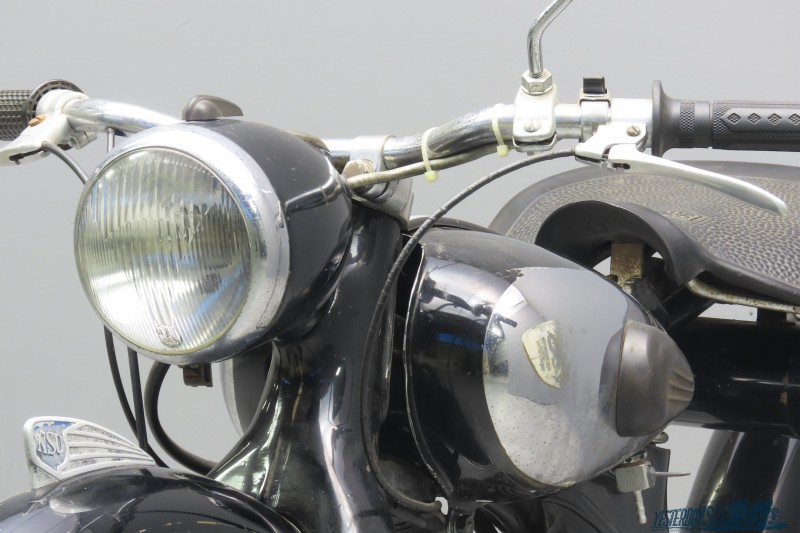 Production at NSU was resumed already in May 1945.
The company had been lucky that only part of the production facilities had been damaged and the American occupiers immediately consigned the works as a repair facility for US army vehicles.
At first bicycles, Kettenkrad off-road vehicles and Quick motorised bicycles were produced and from the summer of 1947 the pre-war 125 ZDB and 251 OSL models left the factory again.
Chief designer became Albert Roder; he had worked with NSU under Walter Moore in the thirties but had left to become head of the design department with Victoria in Nürnberg in 1939.
The allies had set strict rules for motorcycle production in post-war Germany; only light machine were to be designed and produced.
Roder designed an 98cc OHV machine with pressed steel frame and forks.
This new “Fox” also featured pressed steel swingarm front and rear suspension and produced 6 HP @ 6,000 rpm.
The machine weighed only 85 kg and was comfortable to ride because of its good suspension and comfortable Pagusa saddle.
In July 1951 a two stoke version of the Fox was presented. It was powered by a 4-speed, 52 x 58mm 123cc engine that enabled a top speed of slightly more than 80 kg. Soon this new Fox got an excellent reputation for reliability and economy and sales quickly rose above those of the 4-stroke model.
Production of both Fox models ran until the mid-fifties.
The machine on offer was original sold to The Netherlands and was first registered on March 24, 1955.
It has been well cared for and still has its original paintwork and chrome plating.
It has not been run for a number of years so before being put to service again the little Fox will benefit from a good check-over.