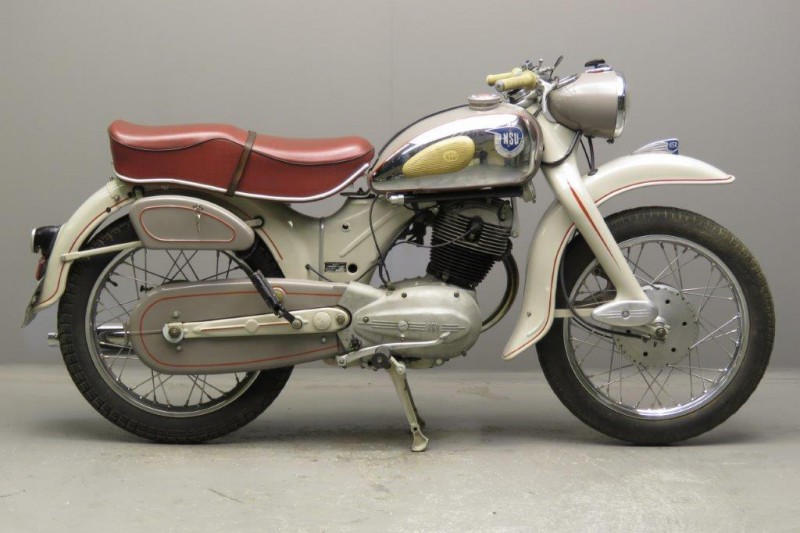 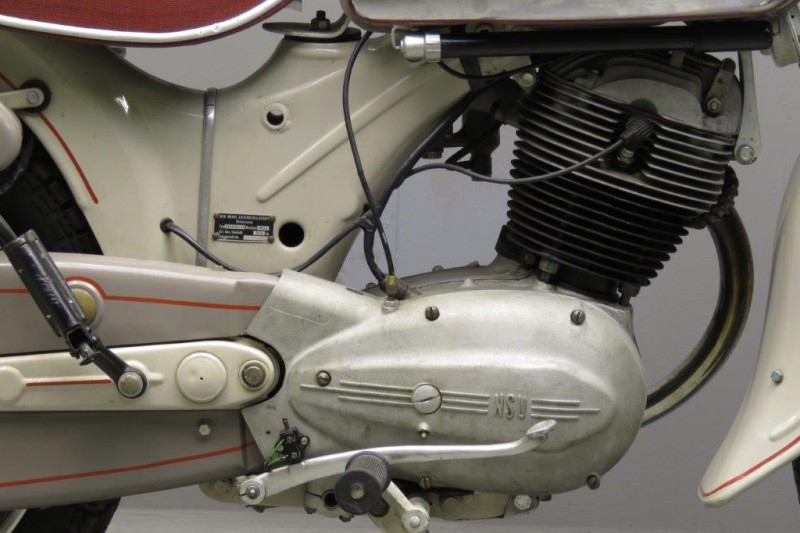 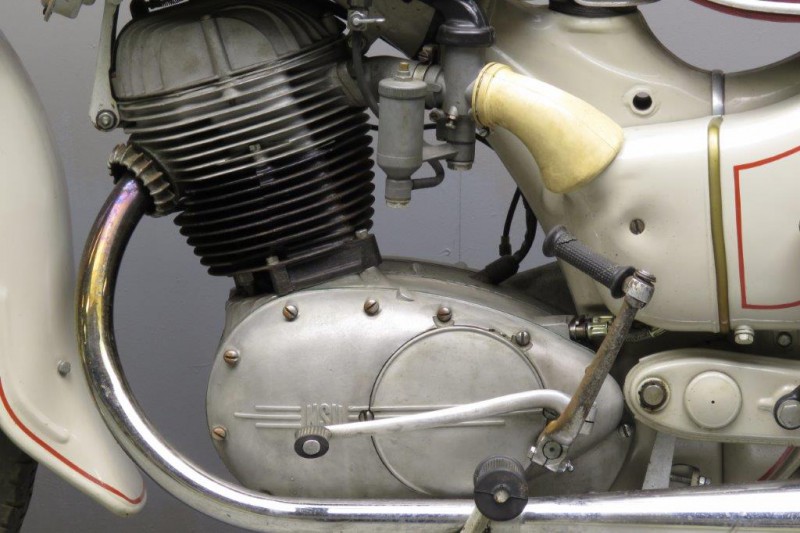 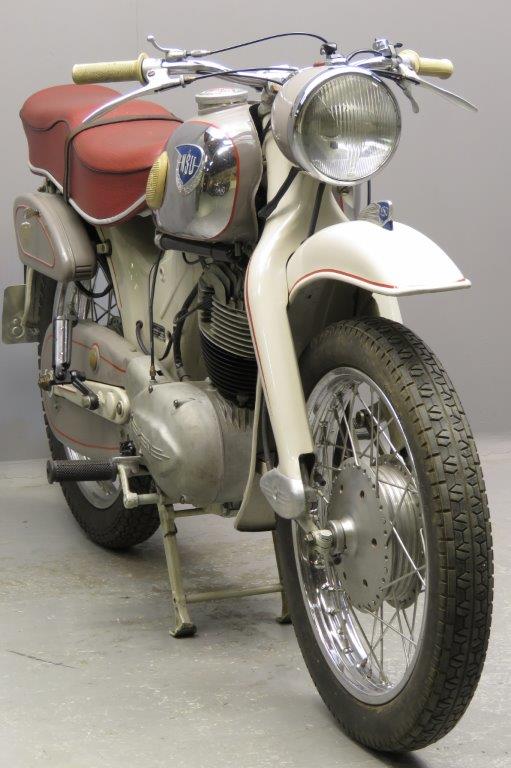 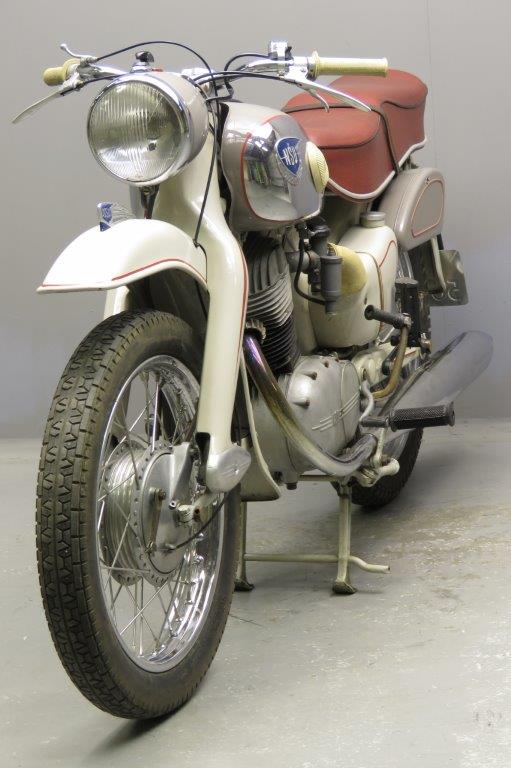 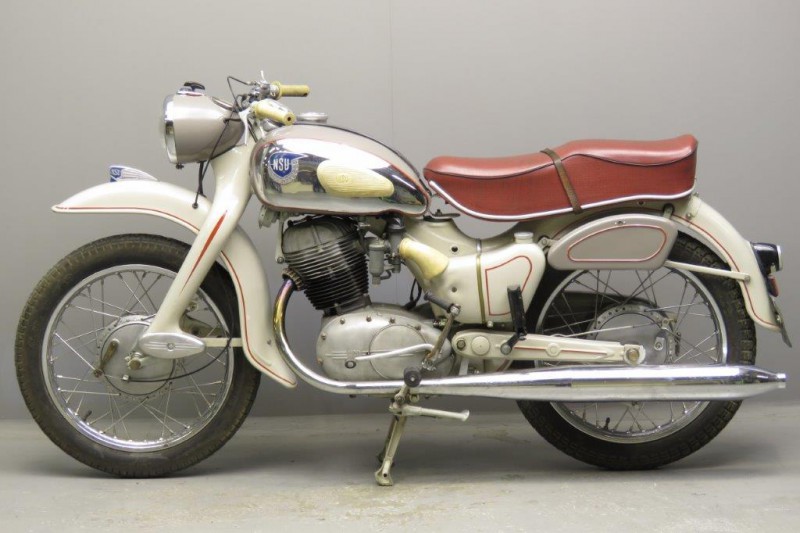 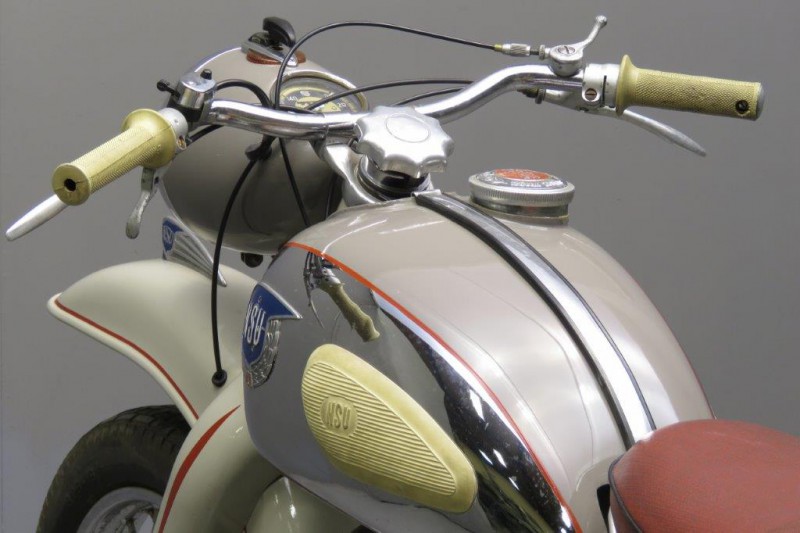 Founded in Germany in 1873 as knitting machine manufacturer, of all things, NSU produced its first motorcycle in 1901,
the same time as Indian was getting started in the U.S.
Jump ahead a half-century and in the tough times following World War II,
NSU created some outstanding and influential designs, foremost of which was the 250cc Max. Announced in September of 1952,  the Max used a pressed-steel monocoque frame, leading-link front fork and a single centrally mounted shock,  all very advanced for the day.
But its most unusual feature was reserved for the engine in the form of designer Albert Roder’s  “Ultramax” connecting-link drive for the single overhead camshaft – essentially a secondary con-rod setup.
With 17hp on tap, the Max was quick for a 250, topping out at 75-80mph.
Endowed with exceptional handling thanks to its superior cycle parts, the Max could show many a larger machine the way home over twisty terrain.
The NSU Max could be cruised there all day with the minimum of fuss.
The Supermax, appeared in 1956 and had a slightly more powerful engine.
What hadn’t changed though, was the exemplary  standard of reliability, build quality and finish that had characterised the Max line from the start.
Production of the Max,  along with that of all other NSU motorcycles, ceased in 1963.
This well kept NSU Max features a very well presented older restoration, she runs well and is a delight to ride and show.
Reliable, well engineered and superbly finished, the NSU was one of the finest European motorcycles of its time and today is worthy of inclusion in any serious collection.