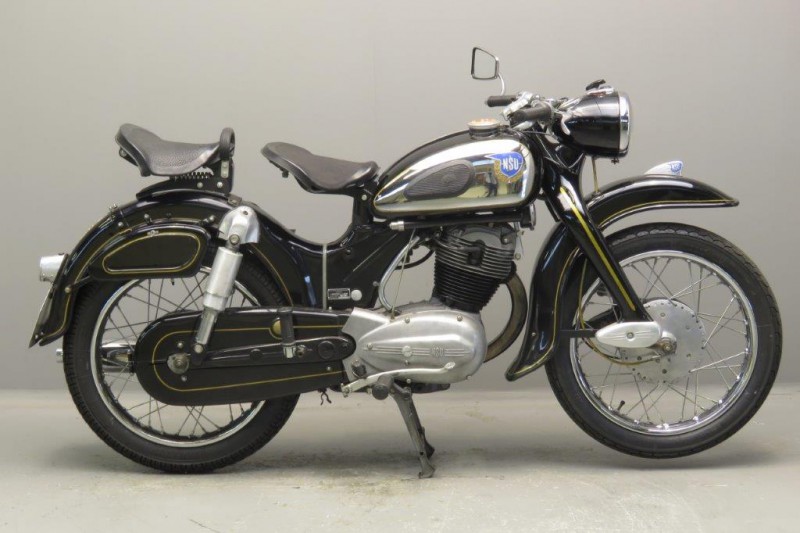 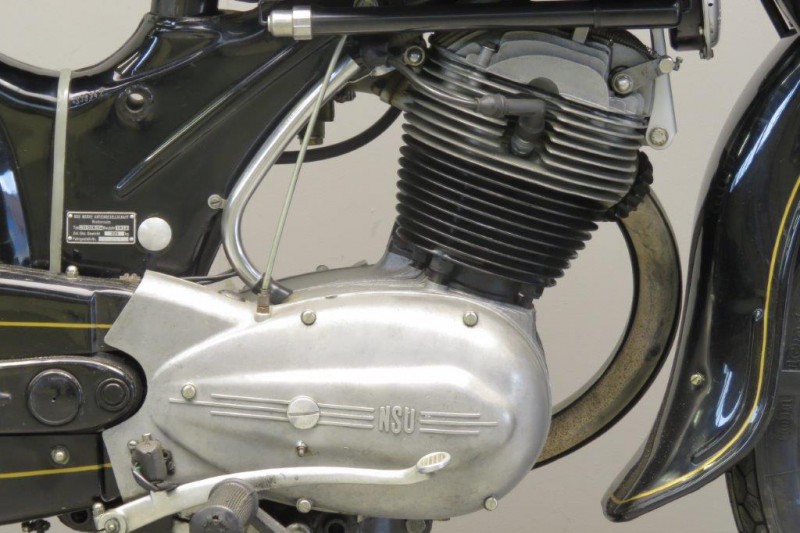 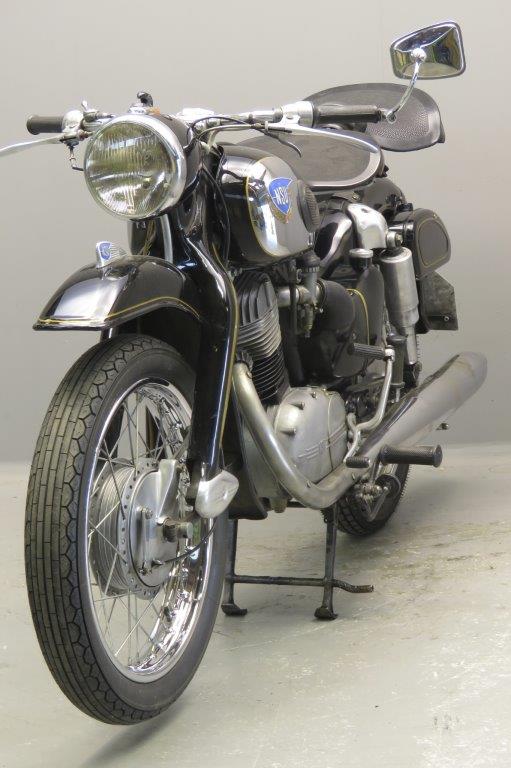 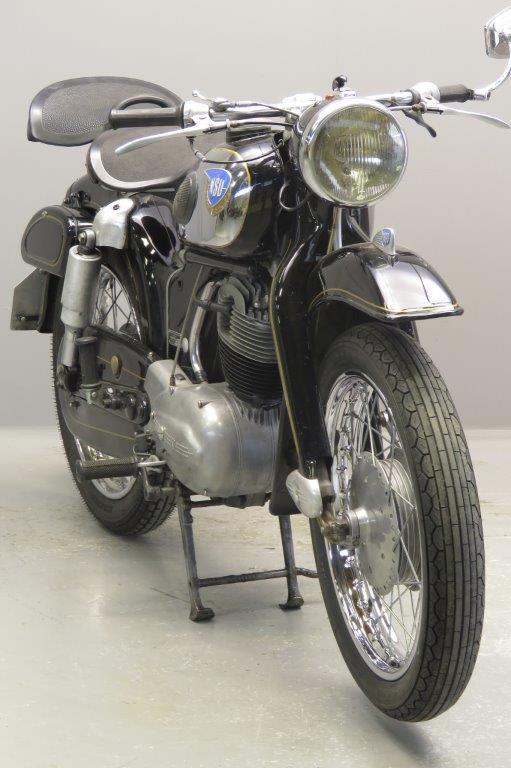 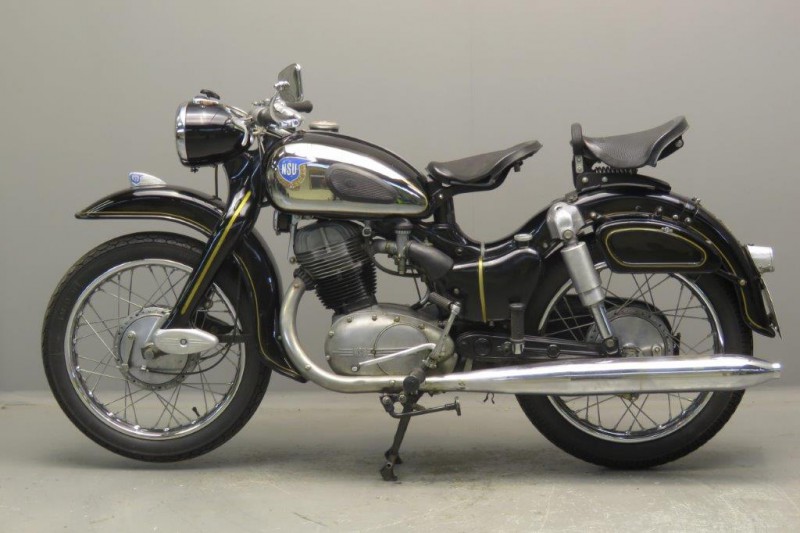 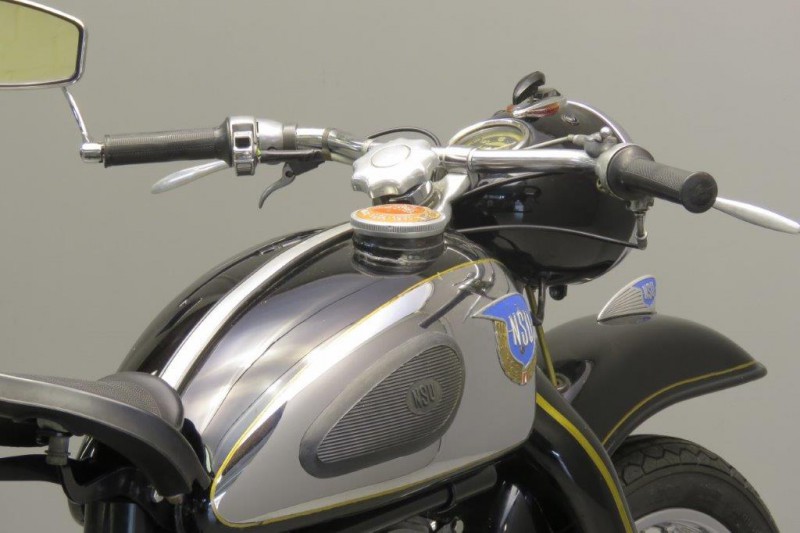 NSU is another motorcycle manufacturer with its roots in the bicycle industry, NSU built its first powered two-wheeler in 1900 and went on to produce some outstanding and influential designs in the 1950s, foremost of which was the 250cc Max, introduced in 1952.

The Max used a pressed-steel frame that entirely enclosed the rear suspension, and a leading-link front fork, but its most unusual feature was the Albert Roder-designed ‘Ultramax’ connecting-link drive for the single overhead camshaft.

A luxury tourer, the Max was no lightweight so acceleration was leisurely, but once at its maximum of 75-80mph, could be cruised there all day with the minimum of fuss.

What hadn’t changed though, was the exemplary standard of reliability, build quality and finish that had characterised the Max line from the start.

Production of the Supermax, along with that of all other NSU motorcycles, ceased in 1963.

This well kept NSU Supermax features a very well presented older restoration, she runs like a clock and is a delight to ride and show.