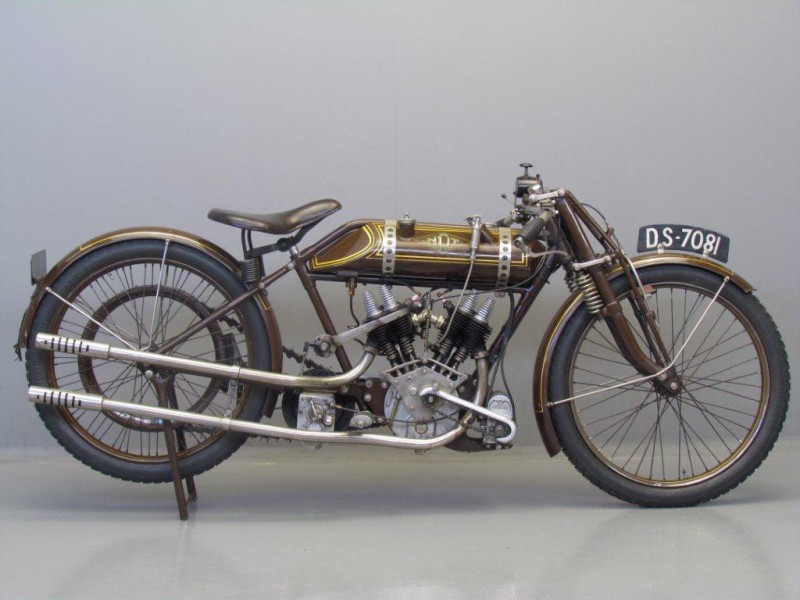 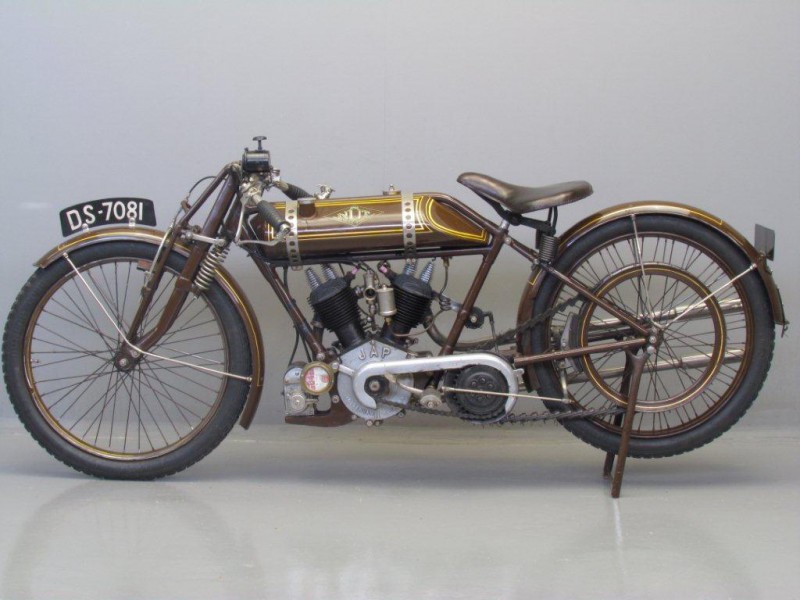 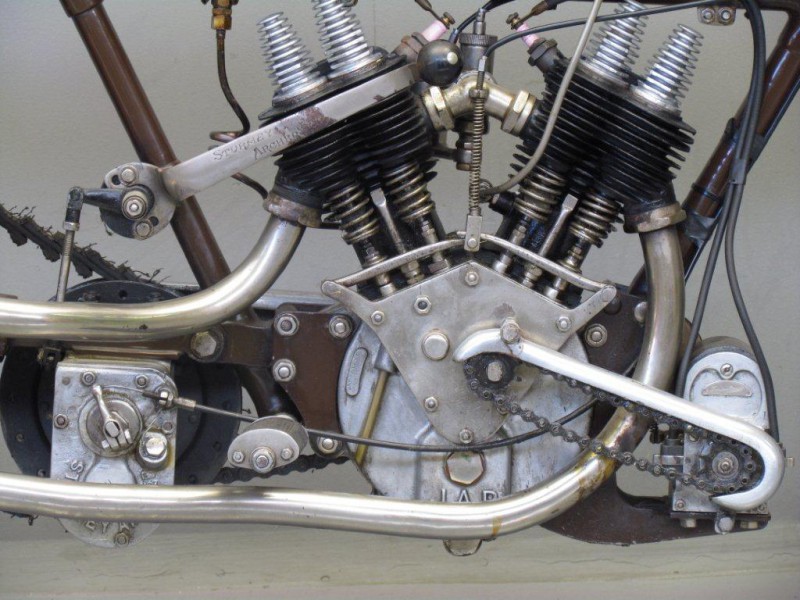 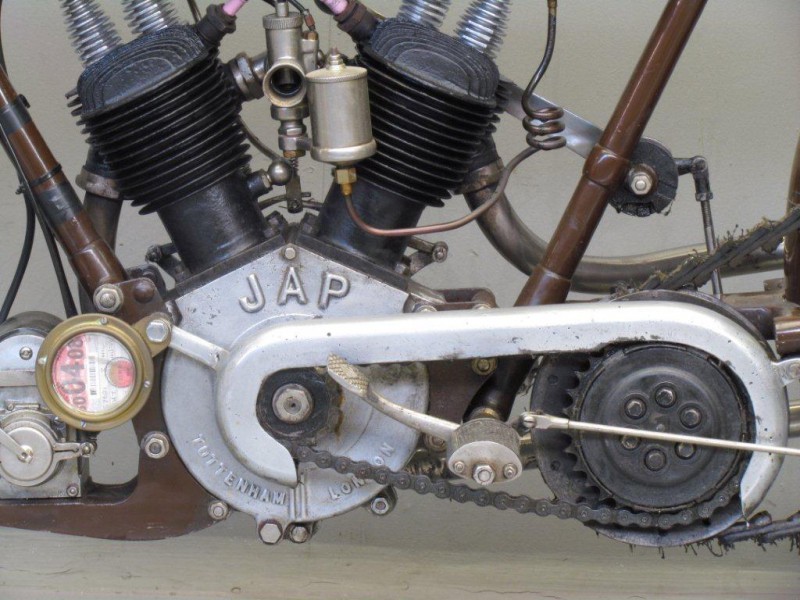 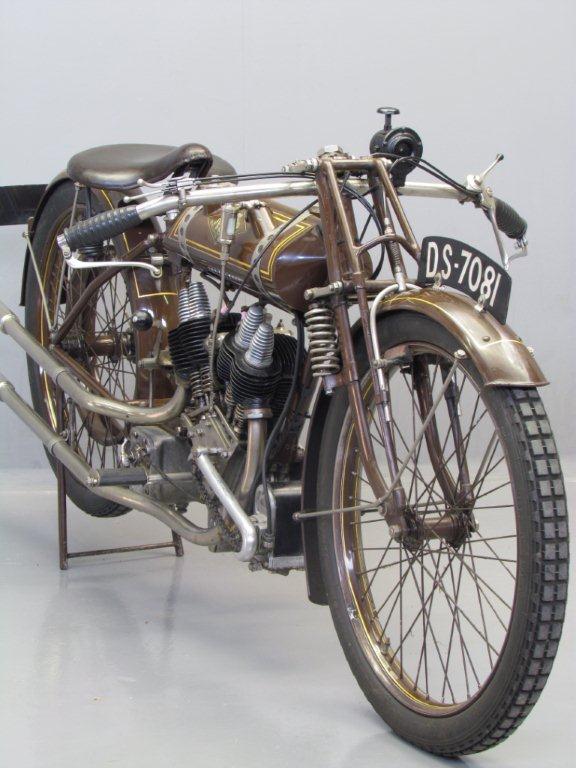 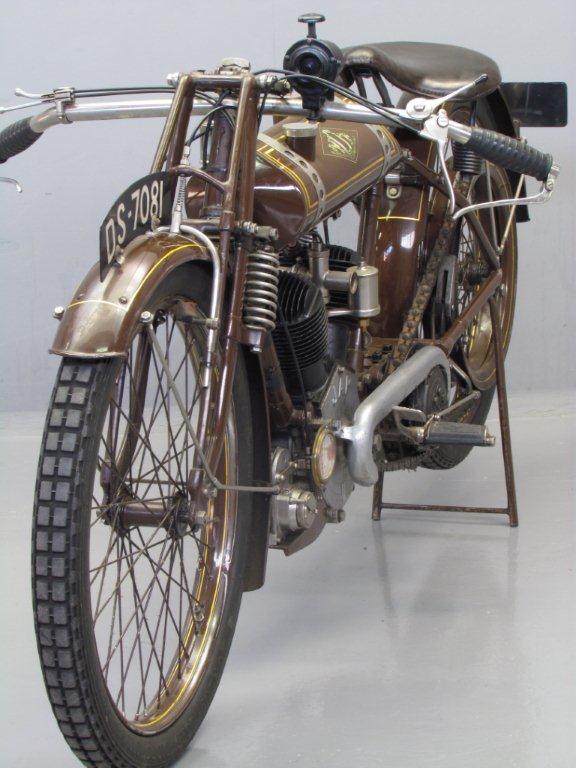 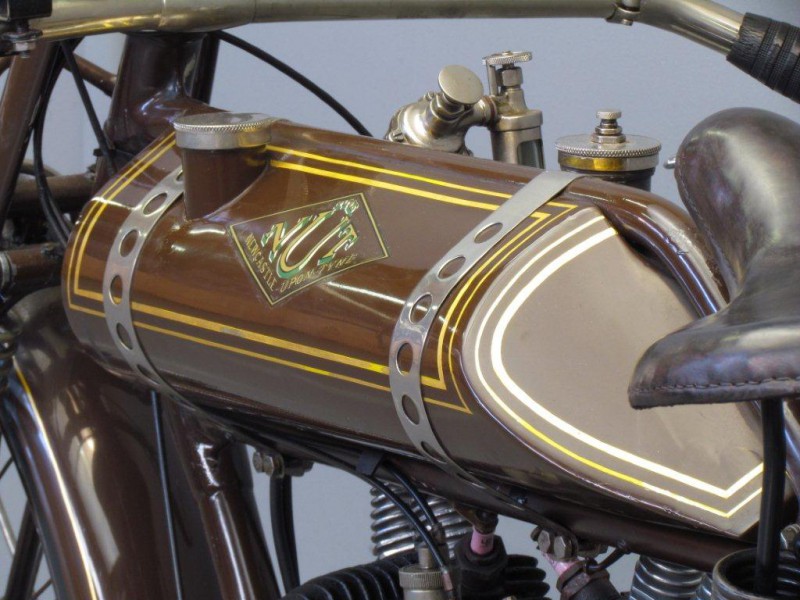 Taking its initials from its Newcastle-Upon-Tyne birthplace  the NUT was the brainchild of engineer Hugh Mason, who had built several machines under other names before settling on NUT in 1912.
Manufactured by Angus Sanderson and Company, the NUT was a stylish sports machine, mostly V-twin powered and easily distinguishable by the cylindrical fuel tank with two nickel plated straps.
Mason’s victory aboard a JAP engined NUT in the 1913 Junior TT led to an increase in demand and expansion of production on a new site, till World War I intervened.
After the war the range continued to consist mainly of  JAP V-twin powered machines of various sizes, before NUT’s own 700 cc V-twin engine arrived in 1924.
Sadly, NUT succumbed to the Depression of the early 1930s, closing in 1933.

Finished in the brown livery characteristic of the marque, this desirable NUT v-twin was discovered in a shed in the North East of England circa 1960.
The NUT was dismantled at that  time and  the  keeper at the time  did sufficient work to get the machine running before selling it in August 2000 to the recently deceased owner, who brought it to the current excellent standard over a number of years.

Intriguingly, the accompanying documentation includes a copy of a letter dated February 1962, written by an ex-NUT employee , which states that this motorcycle was one of a batch made by the works for the Isle of Man TT, the frames being numbered ‘P1’ to ‘P5’.
Note the absence of a kickstarter.
Clearly, this is a potentially rewarding subject of research to be undertaken by the fortunate new owner.
The machine  is finished in the brown livery which is characteristic of the make and is in good condition throughout