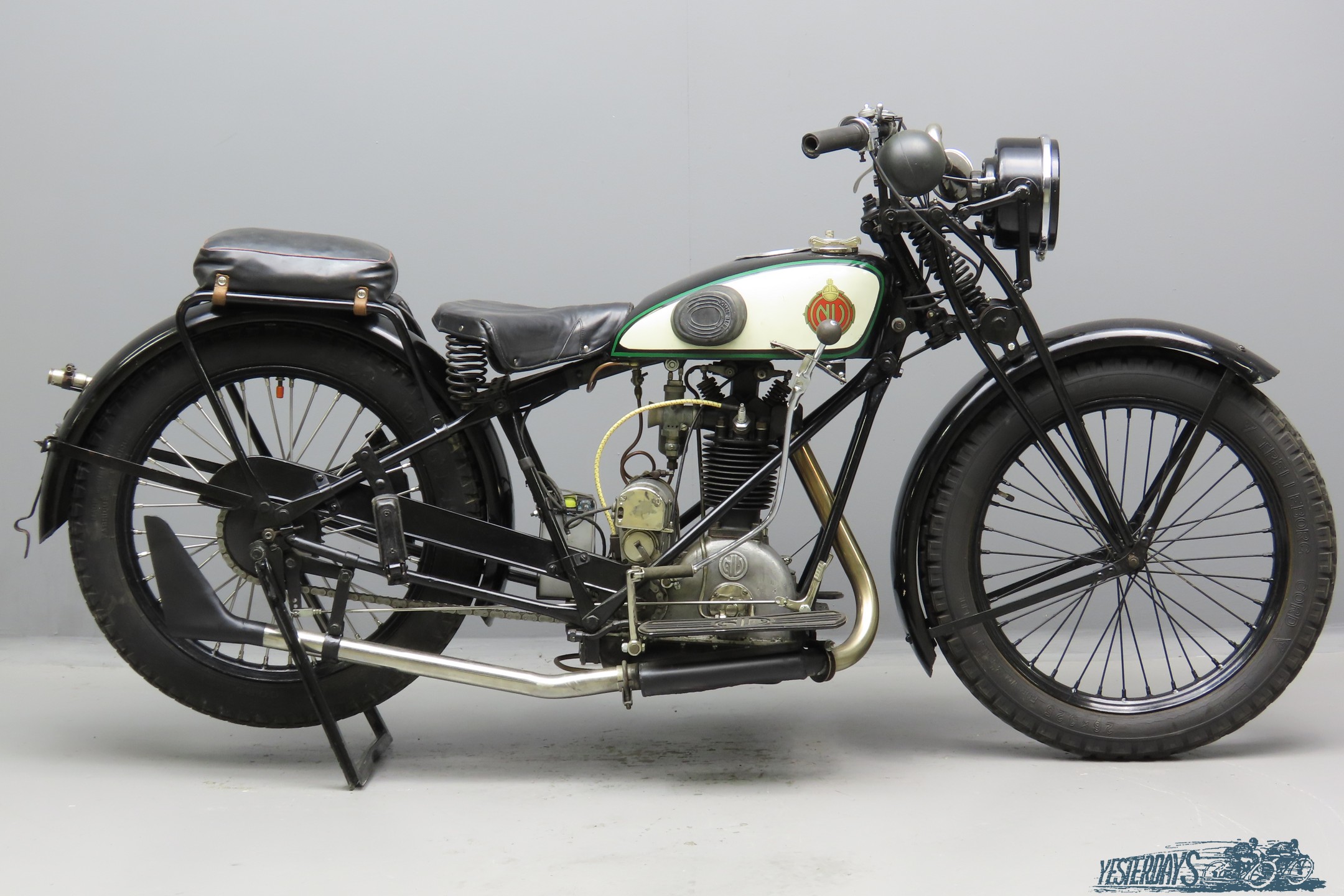 In 1873, instrument maker Anders Fredrik Nyman started a fine mechanical workshop in the Swedish town of Uppsala.
he was engaged in “manufacturing of fine metal work, grinding, nickel plating” etc. and especially devoted himself to surgical instruments.
When bicycles began to appear on the streets of Uppsala Nyman would also undertake repairs and after some time he started to produce them.
Anders Nyman died already in 1889, only 49 years old.
The business was taken over by his widow who left it to her sons Adolf Fredrik and Janne Nyman.
As early as 1903 a bicycle with an auxiliary engine was developed and after that German, French, English and American motorcycles were imported, sold, serviced and repaired.
NV, short for Nymans Verkstäder (Nyman’s workshops) started motorcycle production in 1926.
At first a 250cc Swedish “Eiber” engine was installed but soon the company presented their own engine, which attracted much attention.
It had horizontally split crankcases and closely resembled the Belgian FN engine; it appears a former FN engineer was responsible for the design.
The new model was a fast 249 cc OHV motorcycle with unit construction engine, 2-speed gearbox and excellently designed “straight tubes” frame on the same lines as Francis Barnett had.
The 63 x 80 mm bore x stroke engine produced 8.9 HP @ 4500 rpm that gave the little machine a top speed of about 95 kilometres per hour, quite a feat for a 250cc model.
The “Model 249” was only produced till 1930.
In 1939 a lightweight 98cc two stroke was brought out and in 1947 the company merged with some other companies to produce bicycles, light motorcycles and outboard engines.
From 1961 on NV has been part of the Monark group of companies.
This technically very interesting and rare machine is an older restoration.
She comes with Bosch electric lighting and ignition, bulb horn and pillion seat.