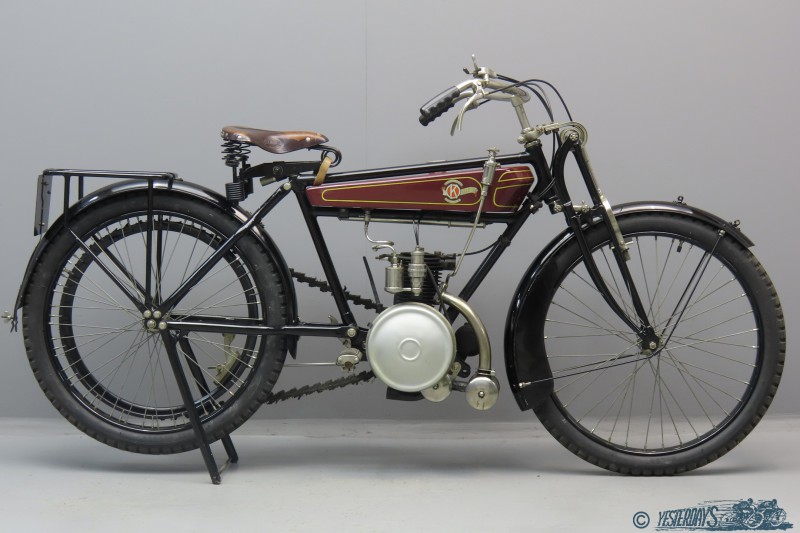 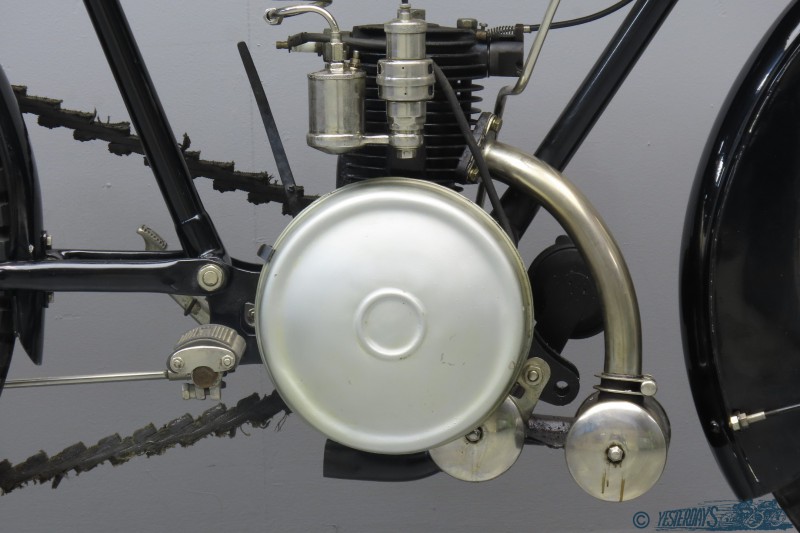 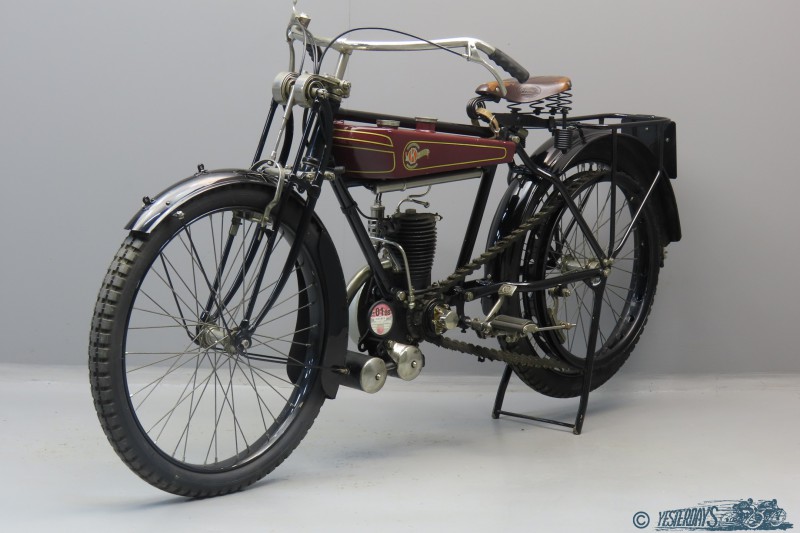 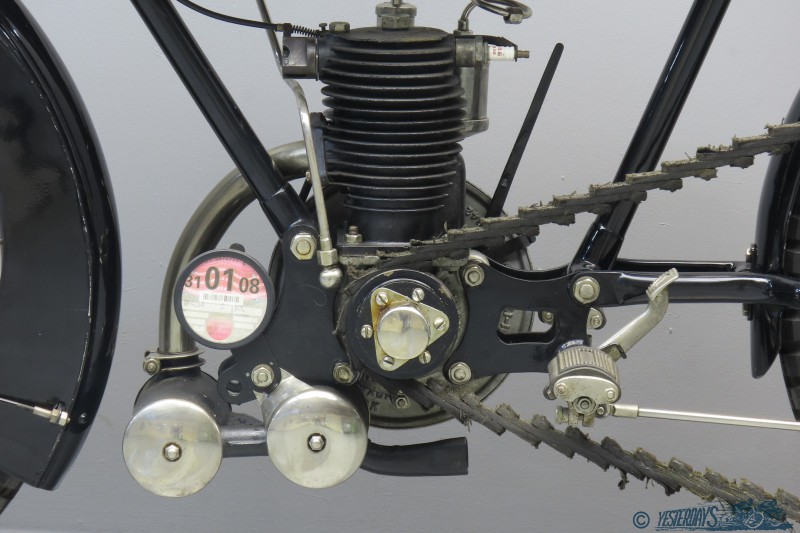 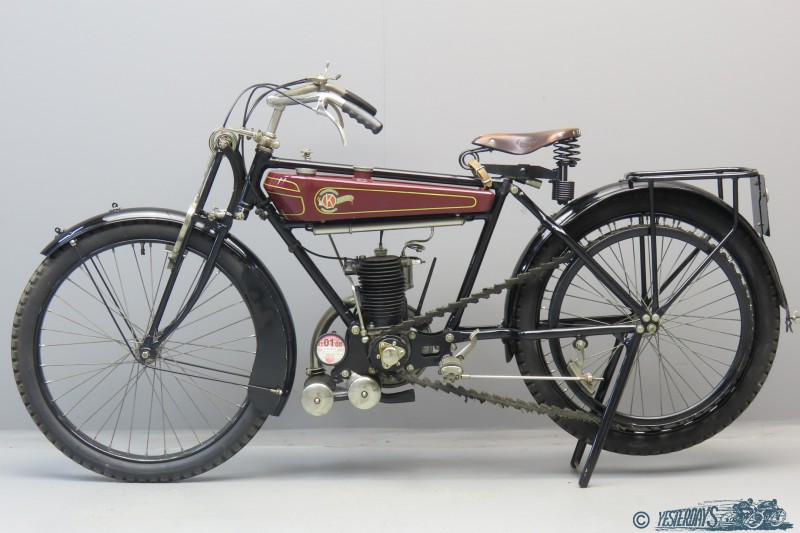 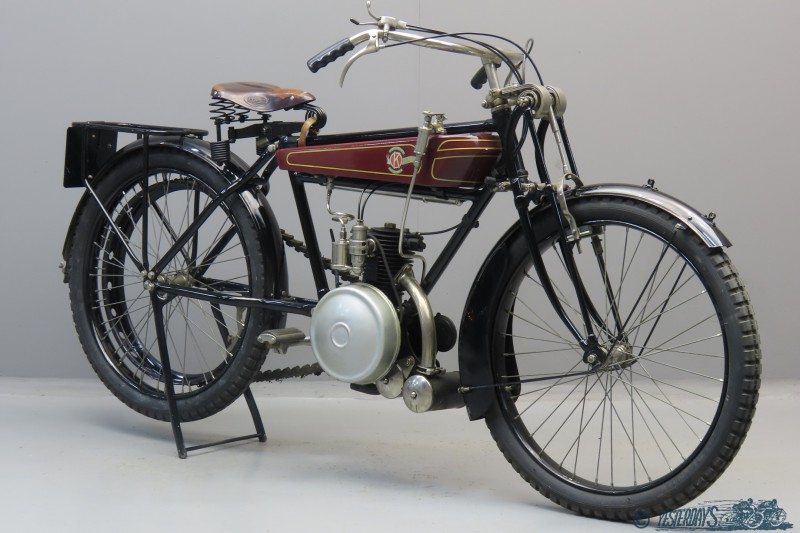 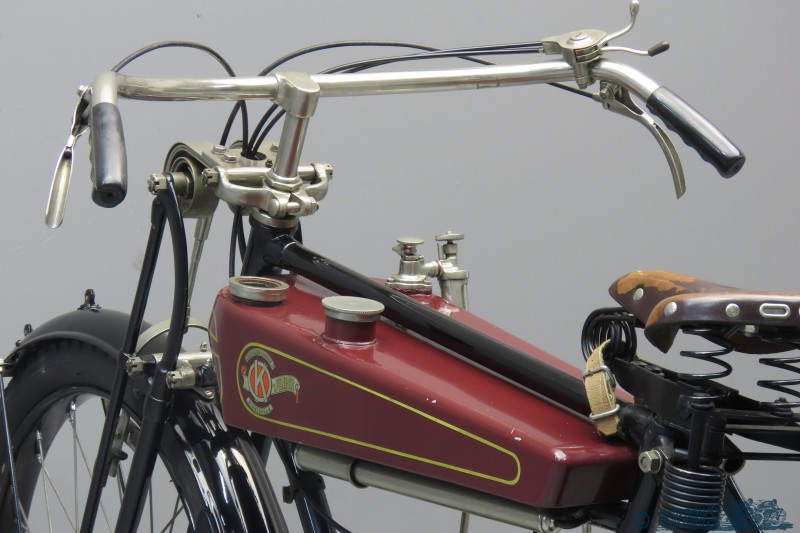 OK motorcycles were manufactured by the firm of Humphries & Dawes, bicycle manufacturers, in Birmingham from 1899 till 1939. From 1926, when one of the controlling partners left the firm, the company was renamed OK Supreme. The motorcycles were built at the Hall Green Works in Birmingham. The company had some success in racing in the twenties and was sufficiently well established to overcome the downturn in trade in the Depression years. After the First World War there was an overwhelming demand for cheap personal transport, so the firm decided to concentrate on one simple and affordable model. This was the OK-Junior, with a 293cc Union two-stroke engine and direct-belt drive. It claimed to be the ‘Ford’ of the motorcycle world. Soon more expensive variations of this basic model were offered, with Villiers engines and two or three speed gearboxes. New for 1922 was a model with the Villiers MK V engine with flywheel magneto. Simplicity of design as to direct drive meant that the engine had to be paddled into life but that was an easy task. Note the unusual front suspension with double leaf springs and the typical Villiers double-barrel exhaust dampers. This light and pleasant-looking vintage machine has been restored and was part of a static private collection, so some checks will be advisable before hitting the road.