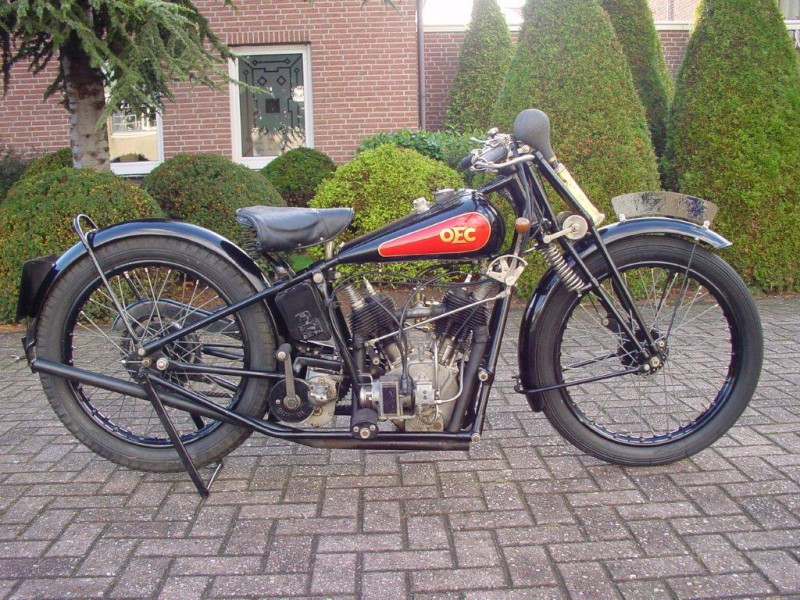 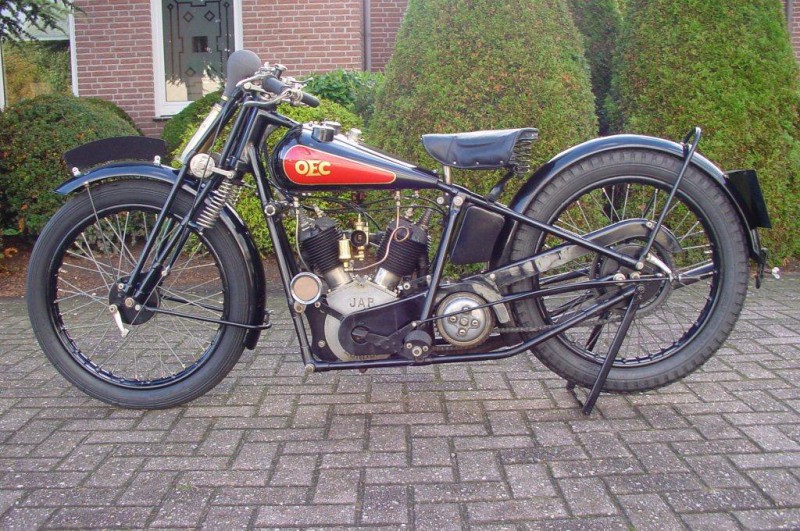 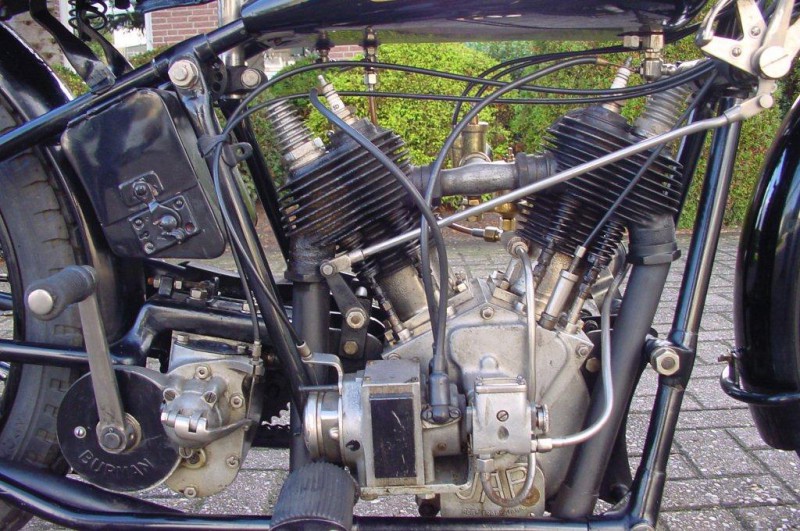 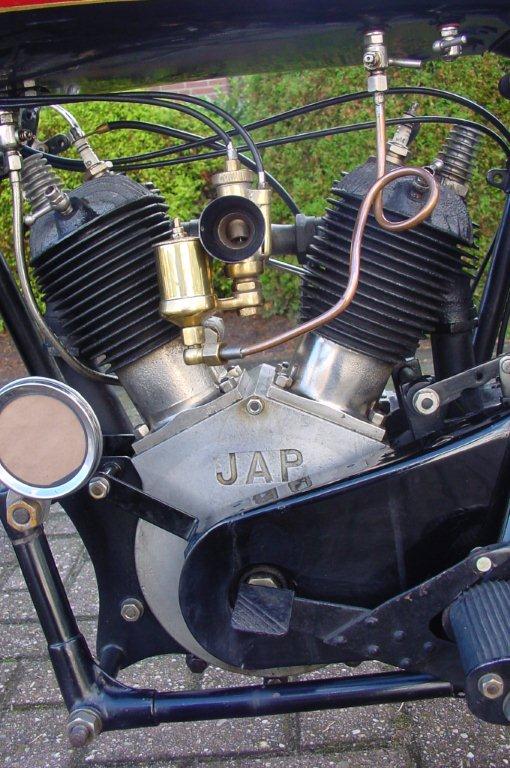 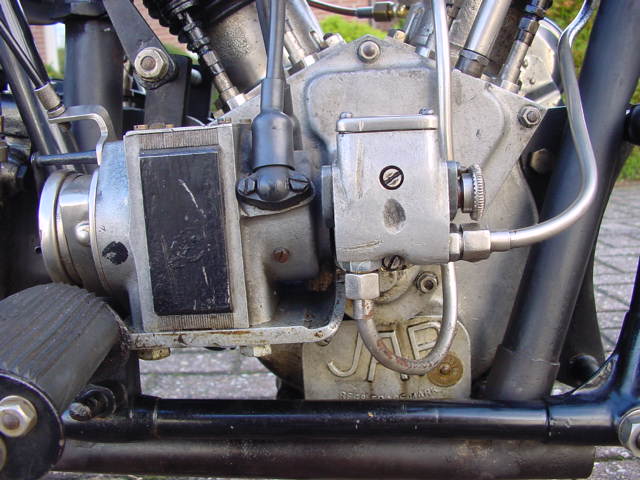 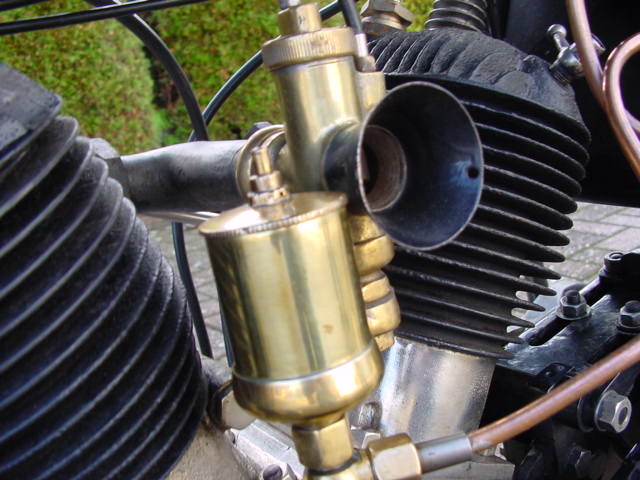 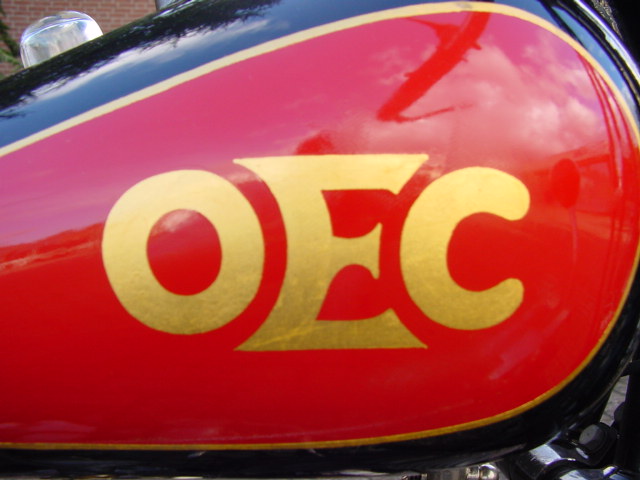 The Osborn Engineering Company  was in business with an interruption of a number of  years from 1901 to 1954.
In those years a vast range of models was produced, ranging from humble light two strokes to sporting big V-twins.
OEC was very active in designing and building special frames for racing and record breaking machines.
A famous design was also the “duplex-steering spring-chassis” ,  an invention of John Osborn.
It was introduced as “ a new standard in two wheel stability” in 1927.
The idea was that  the  duplex “forks”  would give superior steering and road holding.
To the same chassis one could have anything from a 250 single to a 1000 cc twin; in 1930 the World Speed Record was taken briefly by a duplex-steering OEC fitted with a supercharged 1000 cc JAP V-twin.
Top speed was 137.32 miles per hour!
Next to the “duplex” models there were models with conventional forks such as this
well-restored example. The engine is some years younger than the rest of the machine;  gearbox is three speed Burman.
Note the interesting angular drive of the magneto, meant to save space in the crowded engine compartment.