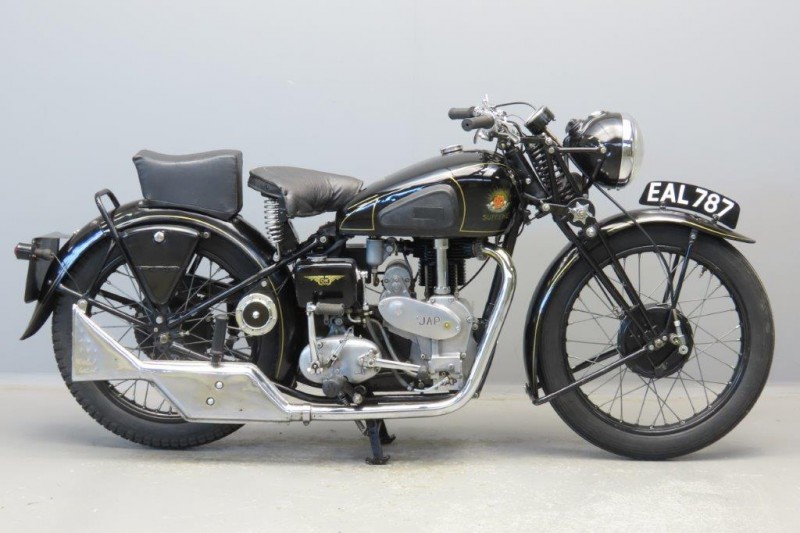 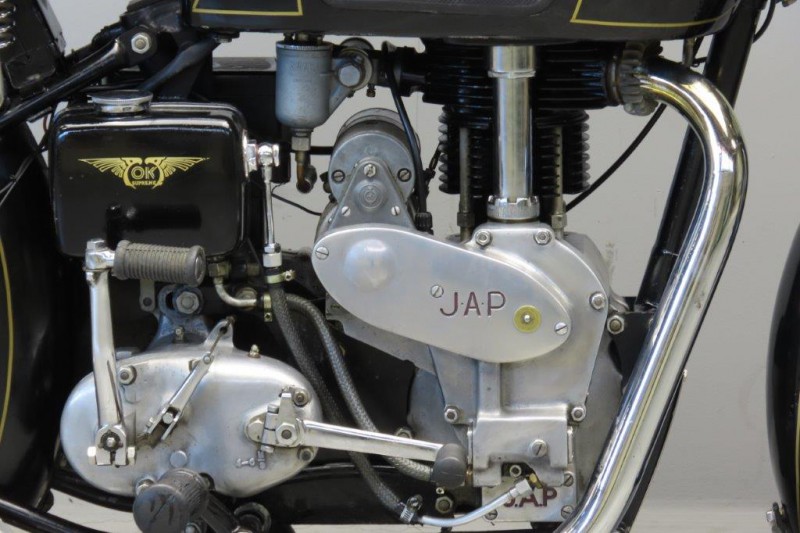 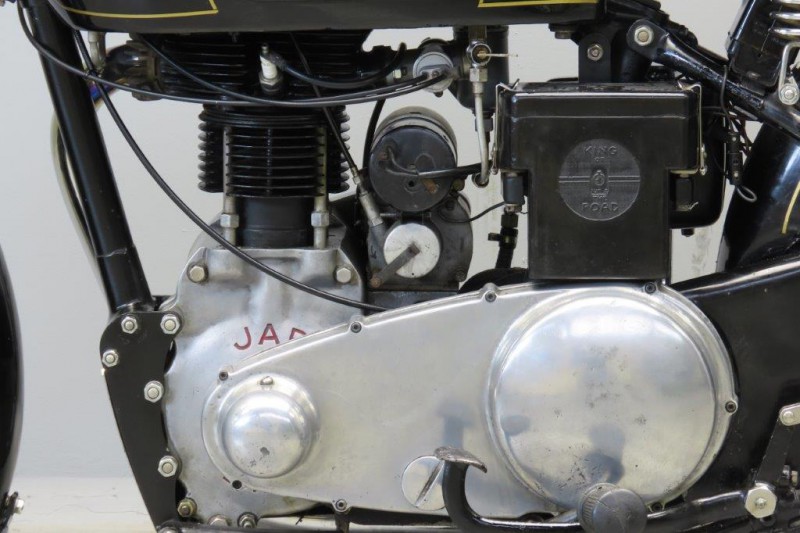 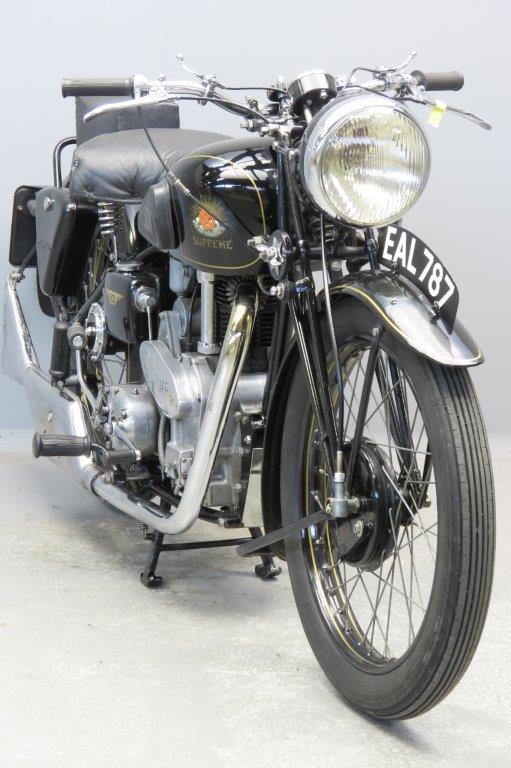 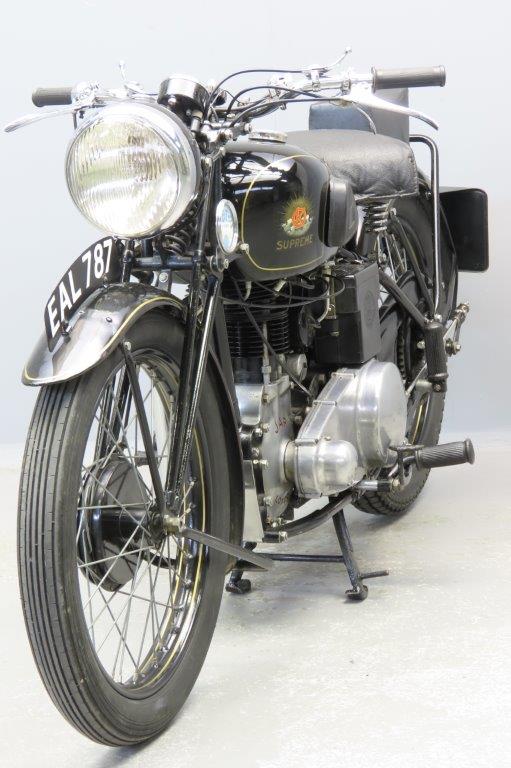 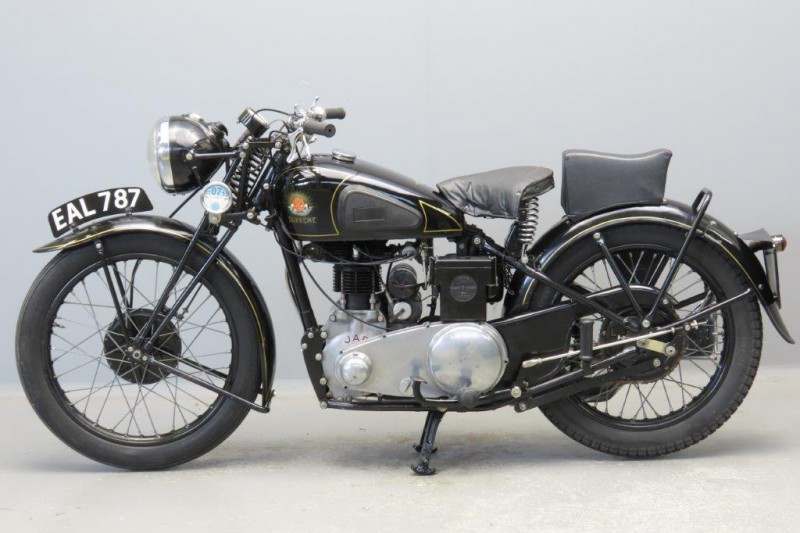 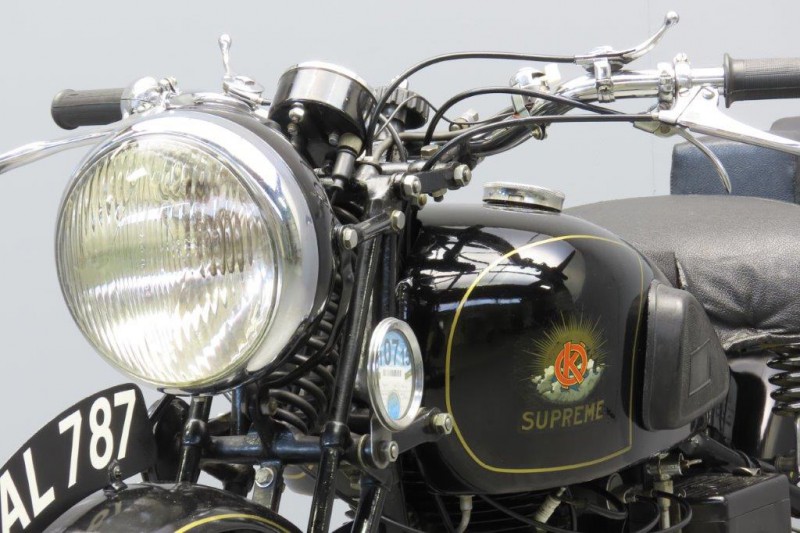 In 1882 Ernest Humphries and Charles Dawes started a manufacturing business in Birmingham under the “OK” name.
The company produced bicycle components for the trade and later on complete bicycles under the Criterion and Perfection trade names.
Experiments with powered bicycles started in 1899 but it wasn’t till 1911 that the company introduced a three model range at the London Stanley Show.
The 350, 500 and 600 cc models were powered by Precision engines.
In the early twenties the company was successful with mainly two-stroke machines and in late 1926 the partners split:
Dawes wanted to concentrate on the production of bicycles and saw lightweight motorcycles as a secondary product.
Humphries however wanted to focus on high-quality motorcycle production and argued that involvement in racing would be profitable for the company.
So Charles Dawes left to start Dawes Cycles and in 1927 the name of the company was changed to OK-Supreme.
In 1928, Humphries bought the failed HRD Motorcycles for the factory and tools, selling the rest, including the name, to Phil Vincent, who developed the marque into Vincent Motorcycles.
A new 250cc machine with the cams fitted to the vertical tower (with an inspection window to see if oil was reaching the cams – hence the name “Lighthouse”) made its first appearance at the 1930 TT where it broke the lap record from a standing start.
A road version was made available the following year but the Great Depression killed it and the last Lighthouse was completed in early 1933.
New in the 1938 range were the JAP High Cam Short Push Rod Models in 250, 350 and 500 cc capacities.
A quote from the 1938 sales catalogue: “Many of last year’s models are retained with only detail improvements but we commend to you the High Camshaft range.
These have been designed as modern High Performance touring machines capable of putting up a high average speed two-up on long runs. Reliability, Economy and Silence are predominant features.”
Motor Cycling road tested the 350 in May, 1938 and the tester was very positive about its speed, handling and economy.
The OK Supreme we offer here has been restored to a high standard.
It is fitted with oil tight aluminium primary case and centre stand and comes complete with Smiths speedometer and passenger’s bum pad.