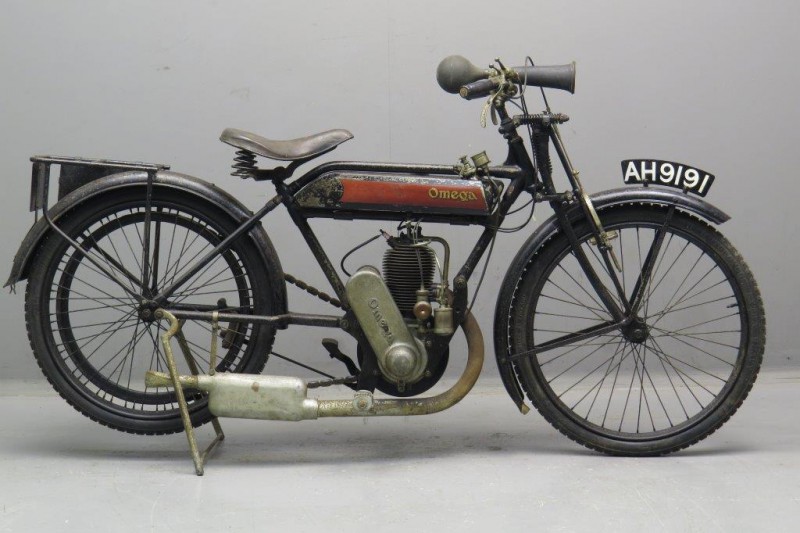 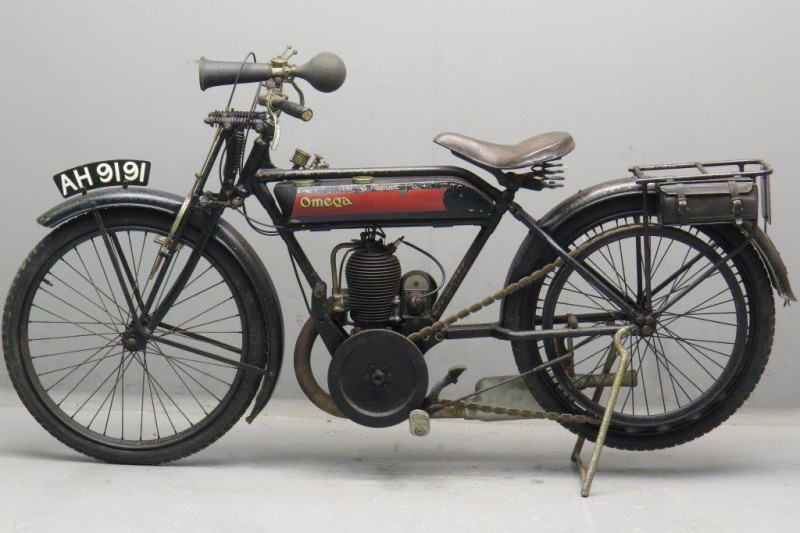 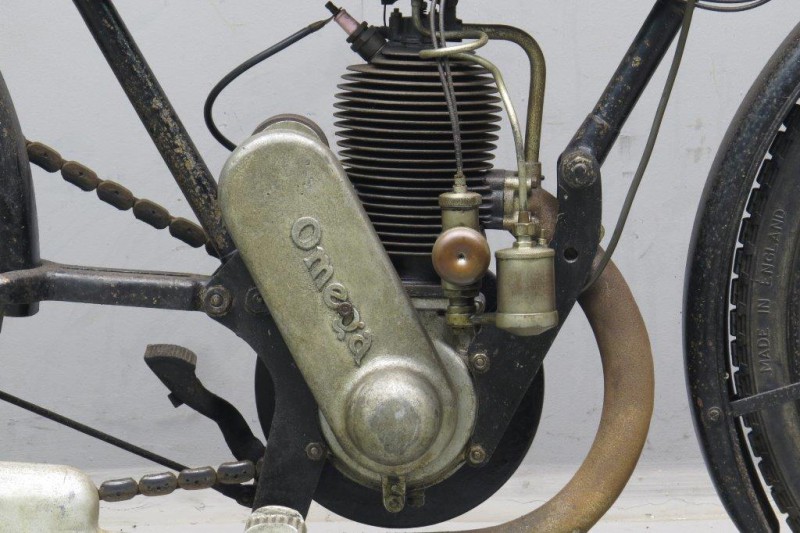 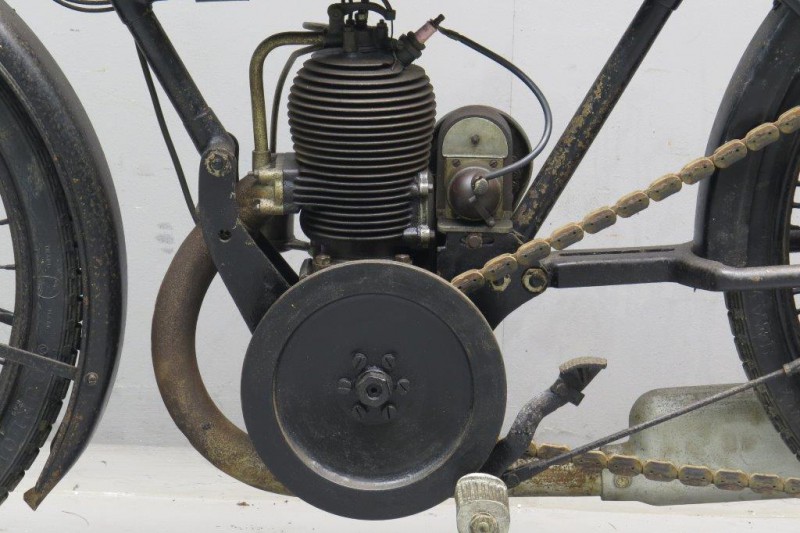 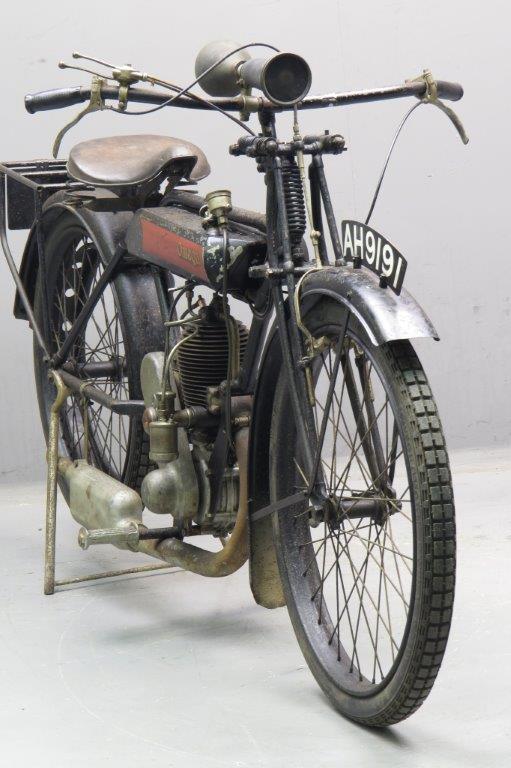 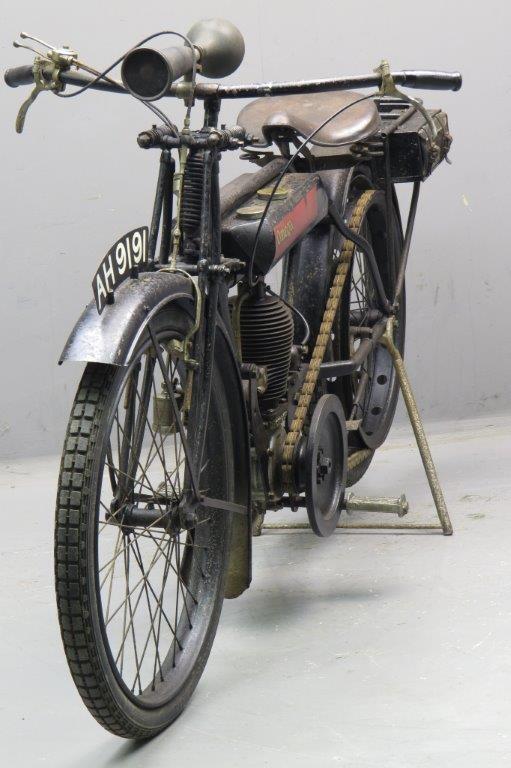 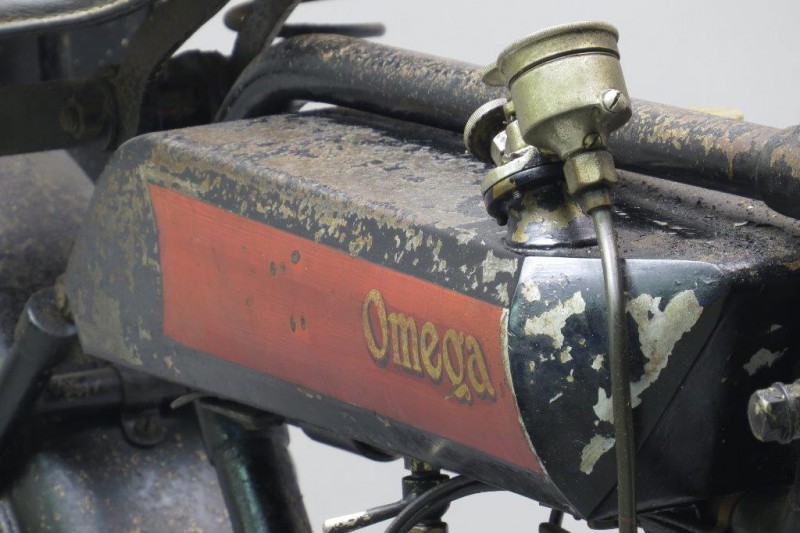 William James Green  had been involved with the Humber Company at Beeston and the Premier  Cycle Company in Coventry  (of which he became a Director)  before founding  the Omega Works at  Croft Road in that same city.
Motorcycle production started in 1914 with a 344 cc two stroke model.  Various proprietary engines were used, but after the War there were also models with the firm’s  own two stroke engine.
Omega  built motorcycles till 1927 and survivors of this little known Coventry marque are rare.
( Interesting Omega information can be found on www.motorpaul.nl. )
The 1922 range consisted of  four models  with Green’s own robust two stroke engine,  250 cc and 293 cc JAP  engined  singles and a 680 cc JAP V-twin.  The Model 2 was the most economical model in the range, having direct belt drive.
First registered on 8th July 1922, this two-stroke Omega comes with an old-style logbook (issued July 1925) listing only one owner: A W Cox of Ridlington, Norfolk, who in the 1930s gave the machine to celebrated collector, the late George Milligen, to restore and ride.
Having an extensive collection to maintain, George Milligen never got around to the Omega, which remained garaged on his farm until recently.
This Vintage-era Omega prides itself  in  its original, unrestored and running condition.