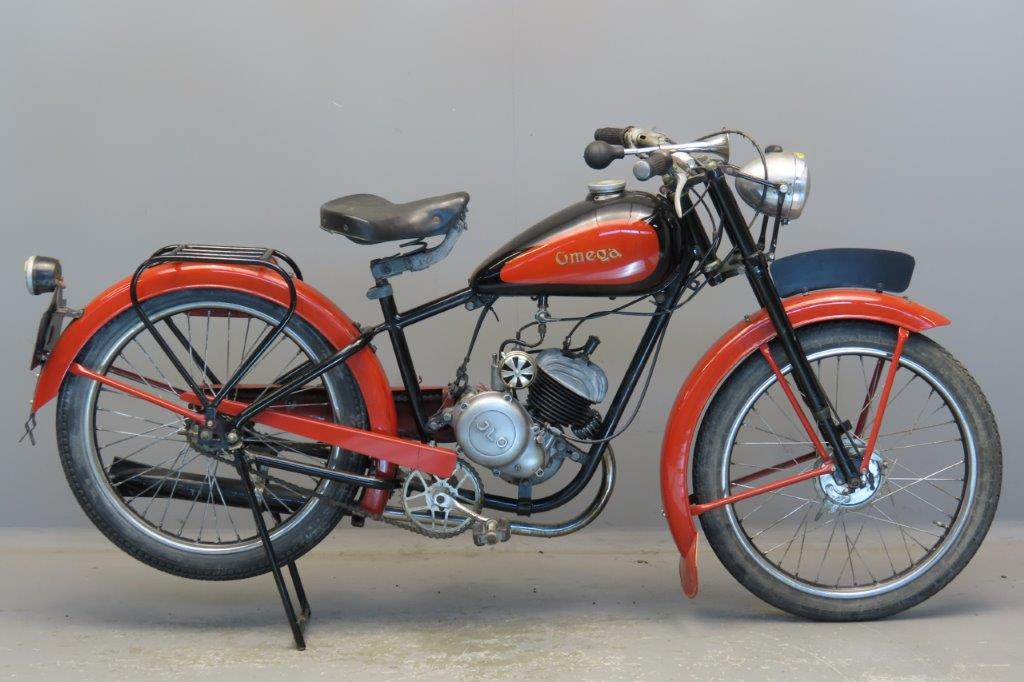 The petrol tank transfer refers to the British Omega make that was active till about 1927 but we think this good-looking lightweight is a Belgian product.

The  Presto company in Brussels imported the German Sitta scooter, but also built motorcycles under the name Omega, or Omega JLO, from 1951 to 1954.
The frames had been designed by Mr. Engelbrecht, who was an engineer at Monark in Sweden. Engines were bought from the German manufacturer ILO. Although ILO (the Esperanto word for tool) is the official name, it was better known as JLO because of the styled I in the factory logo, which looked more like a J than an I.
Probably this is also the reason that Presto used the name Omega JLO and not Omega ILO.
The  engine  of this cheerful-looking model is fed by a Bing carburettor and the tyres are 2 ½ x 19. The saddle is of Dutch “Koets” manufacture and the rear wheel brake is of the back-pedal type.
The machine has been part of a static collection and the engine runs but recommissioning would be in order.
For more information about this uncommon Belgian make see Motorpaul’s site: https://www.motorpaul.nl/Omega/OmegaOtherBelgium.php