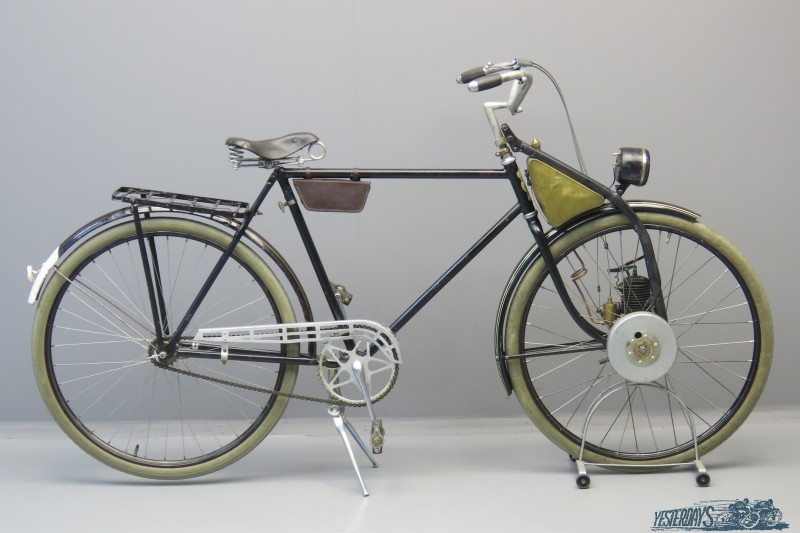 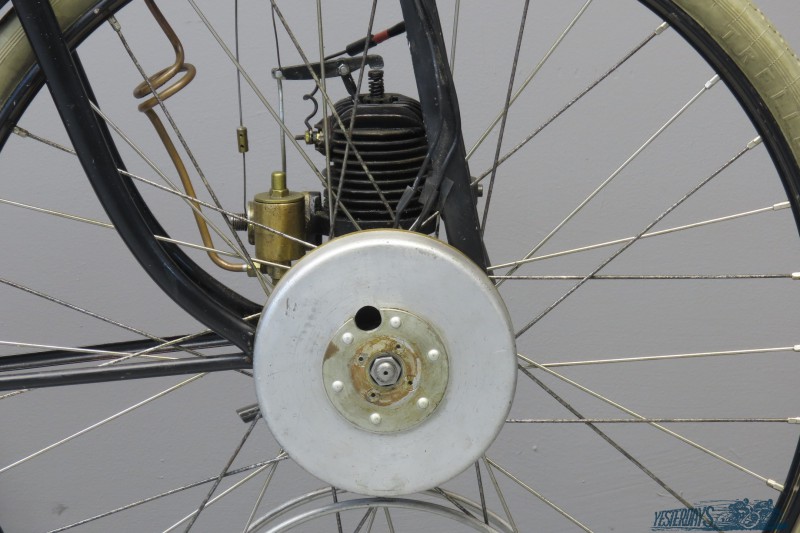 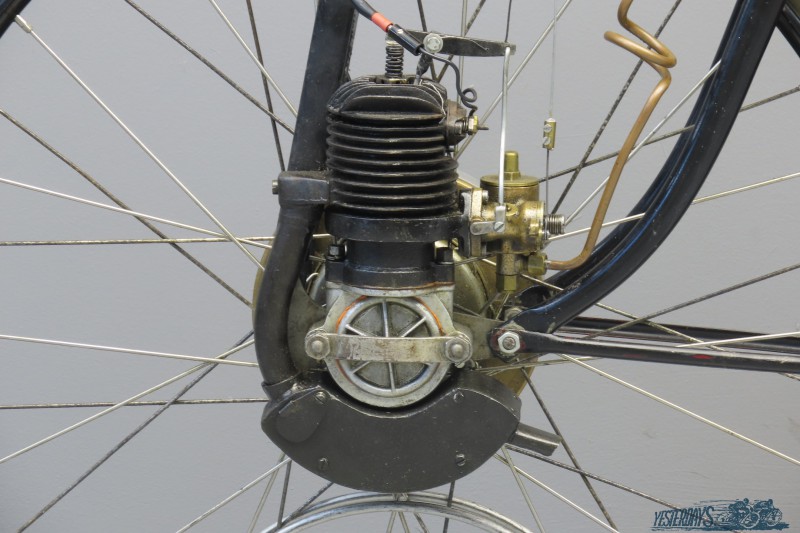 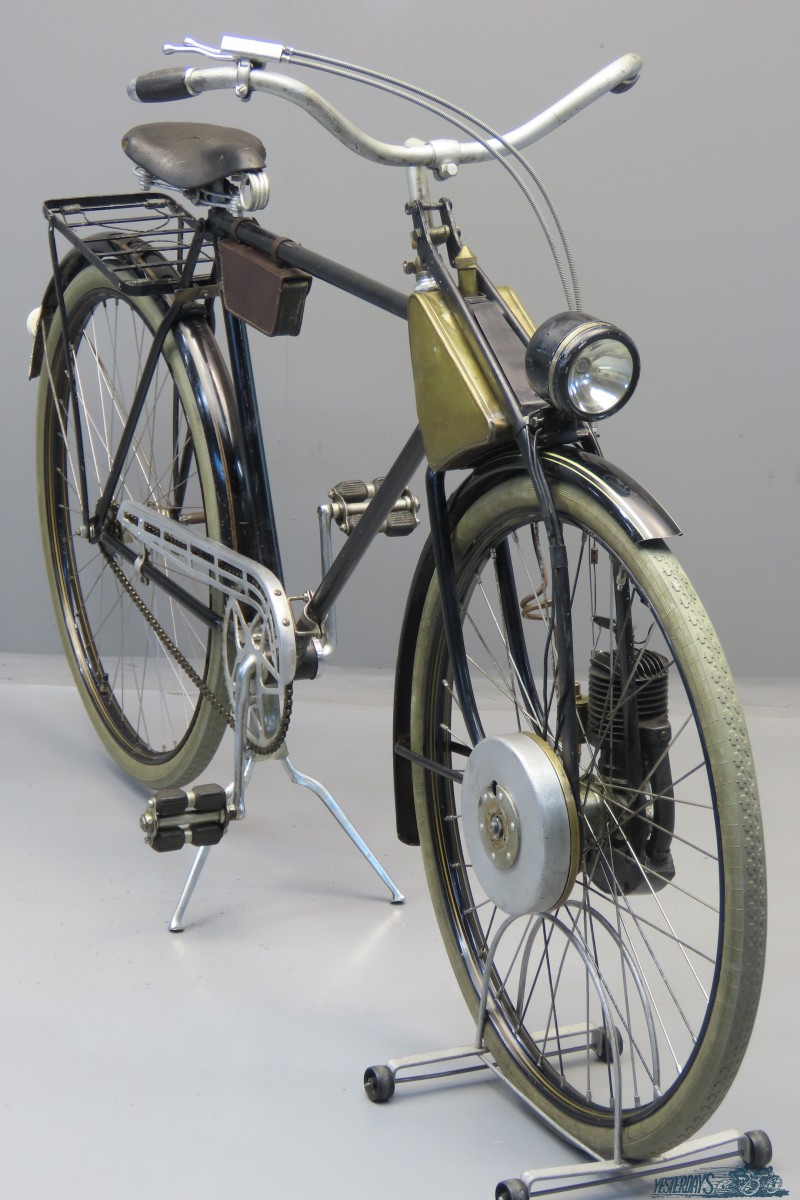 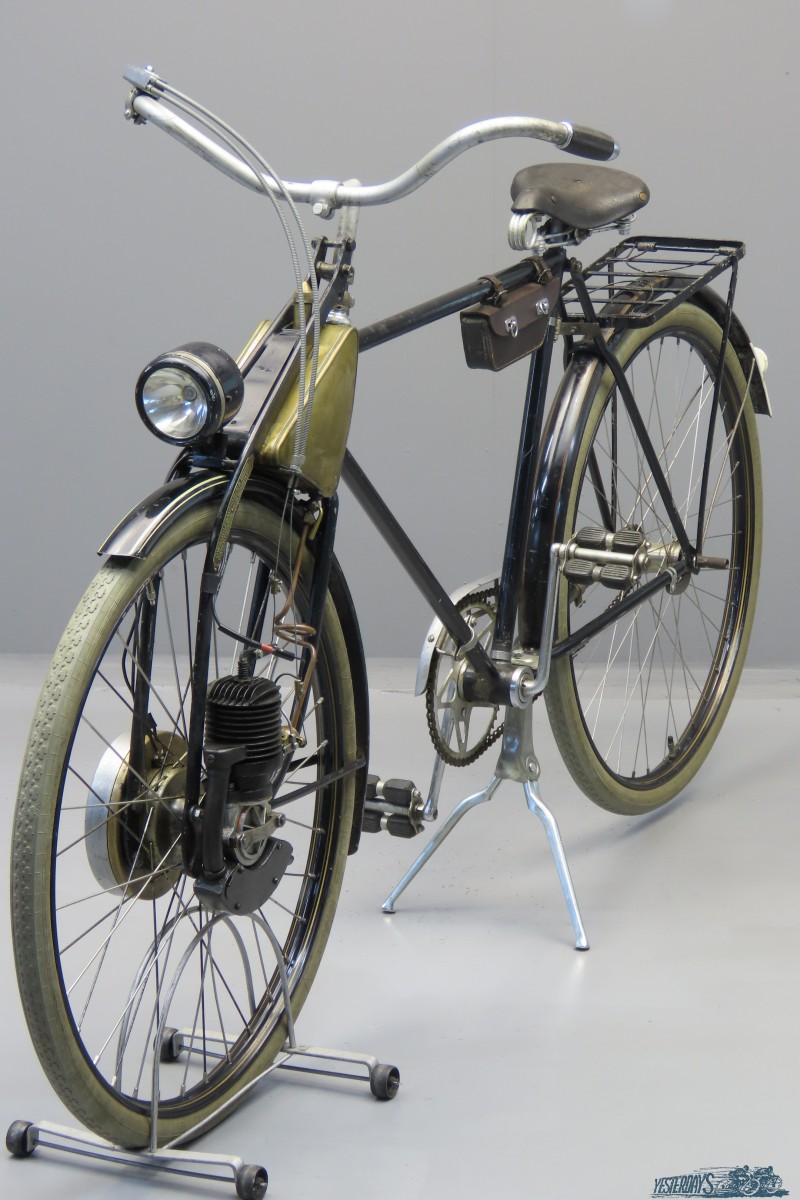 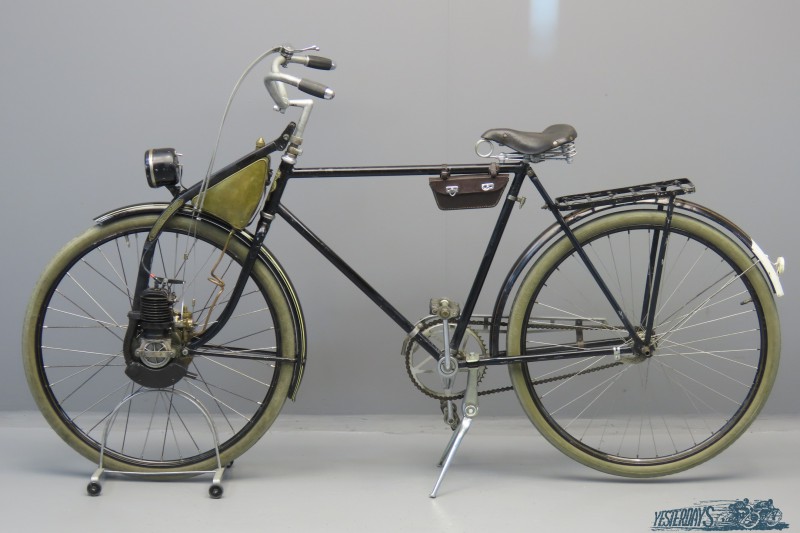 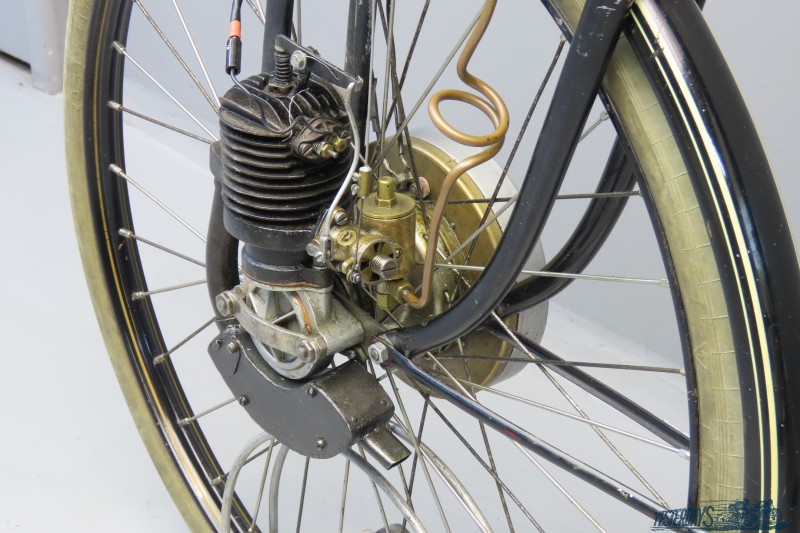 On October, 4th 1920 Karl Schuber applies for a patent on his cycle motor, that is fitted to a wheel and replaces the front wheel of a bicycle. The front forks are strengthened by two curved tubes that run from the wheel hub to the handlebar stem. This construction provides a nice triangular space for the petrol tank. Production of the units is taken up in 1922 by the Österreichische Werke Arsenal, formerly called the Industriewerke Arsenal. These are the workshops of the artillery arsenal in Vienna that have been converted to peacetime production. After the loss of World War I, military weapons are no longer allowed to be produced in Austria.
The Öwa can be purchased as a front wheel unit but also as a complete light motorcycle under various brand names. It appears several thousand units are exported to Sweden in the mid-twenties, so quite a few of the surviving examples are fitted to Swedish bicycles. Going from the Torpedo rear hub the bicycle dates from 1936.
A noticeable feature of the Öwa is the low tension ignition system. There is no spark plug but there are contact points (“hammer and anvil”) in the cylinder that are actuated by the piston when it reaches its top position. This interesting lightweight has been part of a private collection for quite some time and will need some attention to become a runner.