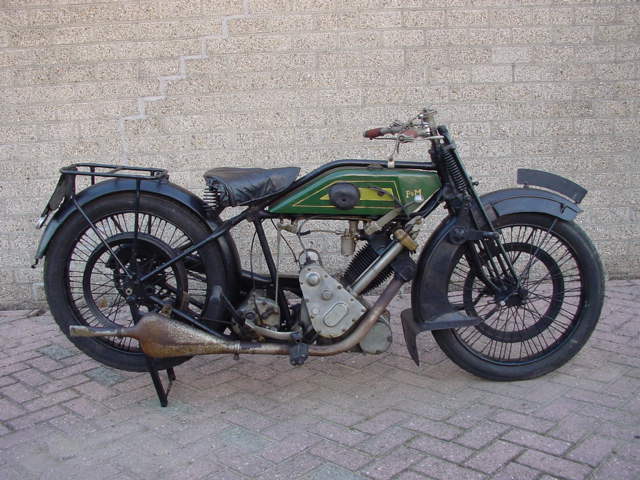 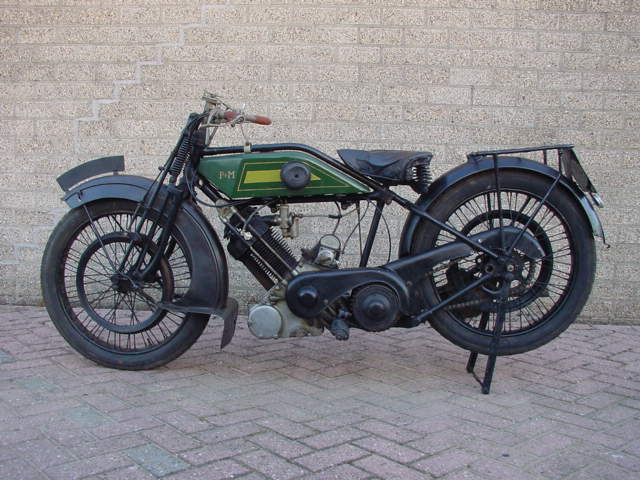 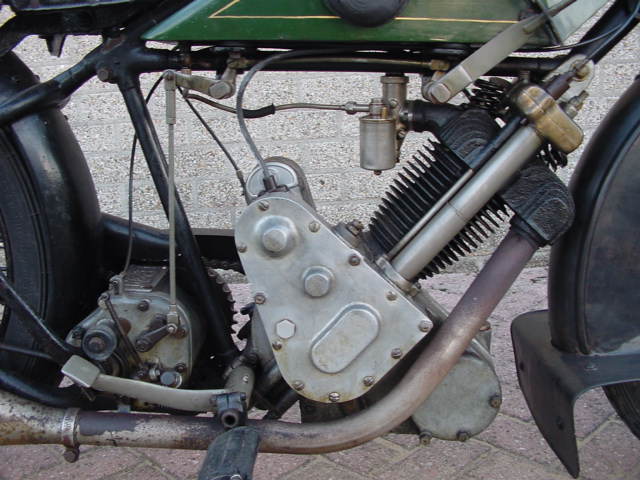 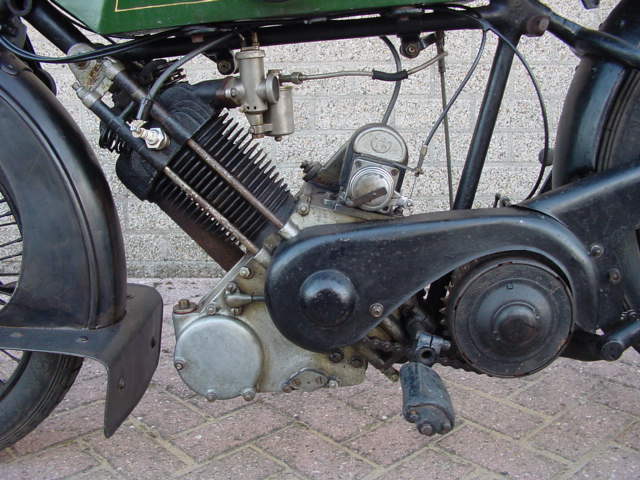 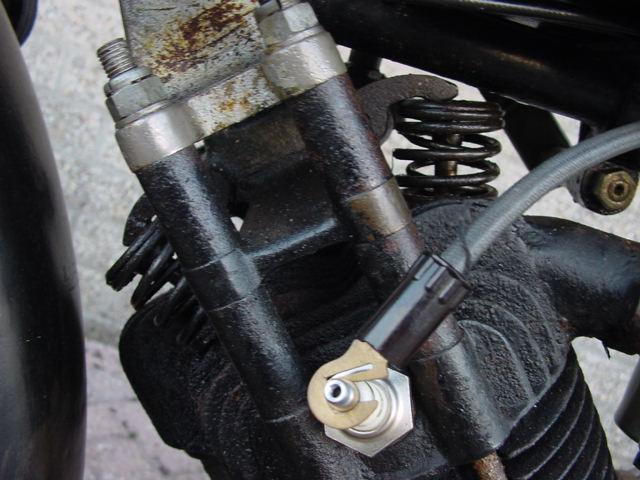 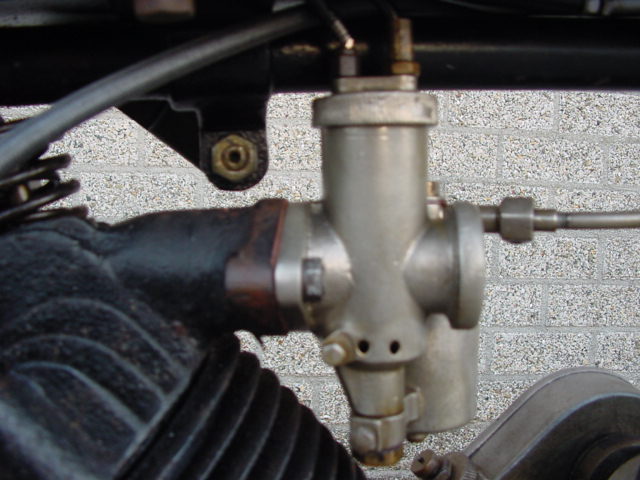 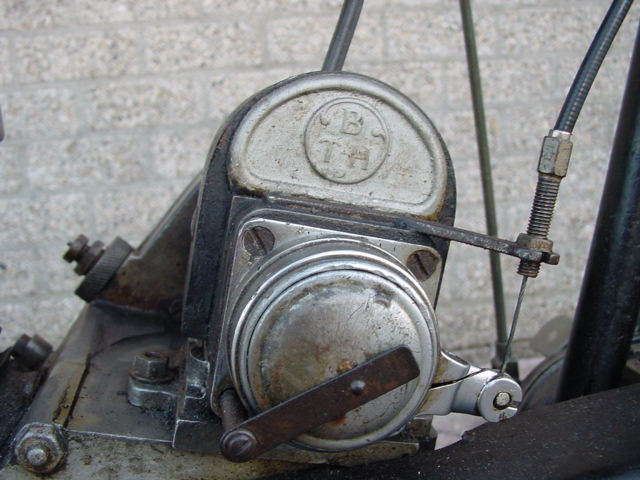 From the early 1900’s on the notable machines from the Cleckheaton based firm had found a ready market.
In World War One they fully lived up to their reputation by doing excellent service, mainly with sidecar combinations for  Royal Flying Corps service.
After the war the company soldiered on for some years with the old style of engine design; but for the 1924 season things were really going to change.
The “Panther” trademark came into use and the catalogue boasted “A great Leap forward!” and that was truly so: the famous Granville Bradshaw had been commissioned to design a new model.
What had stayed was the sloping position of the engine, acting as part of the frame.
Totally new was the engine layout: with bore and stroke dimensions of  84×90 mm the capacity was 499 cc.
The engine had  overhead valves and dry sump lubrication.
The pushrods were enclosed in a single plated tube and the rockers worked inside an enclosed box.
The sump was cast integral with the crank cases. It really was an advanced design.
The motor was coupled to a four speed gearbox, which was made for P&M by local tractor builders David Brown.
The machine came in three forms, the Sports model, the Continental model with  pillion seat and Zenith carburettor with twist grip control and the Touring model with completely enclosed chains and CAV electric lighting to name just a few features.
This sporty and rare Panther is  unrestored and running well.