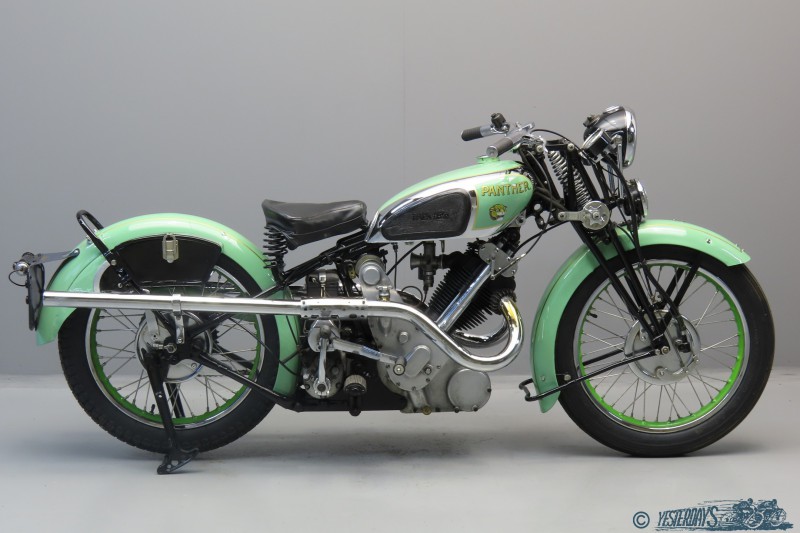 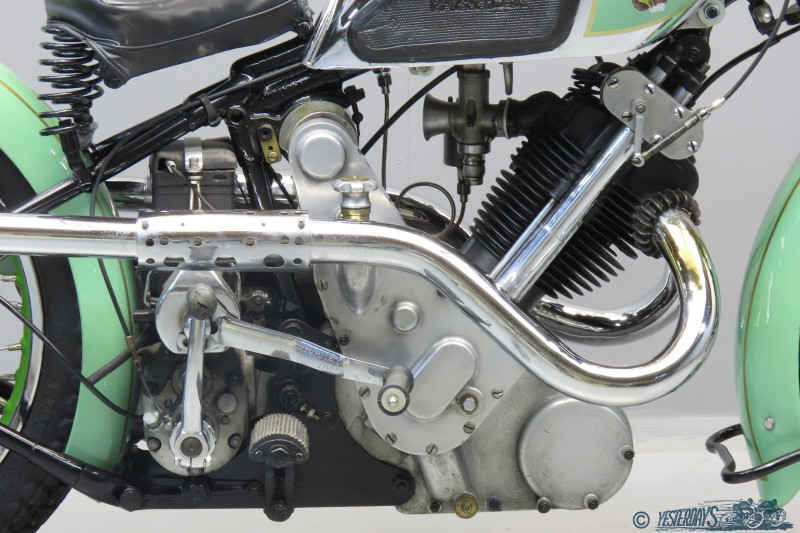 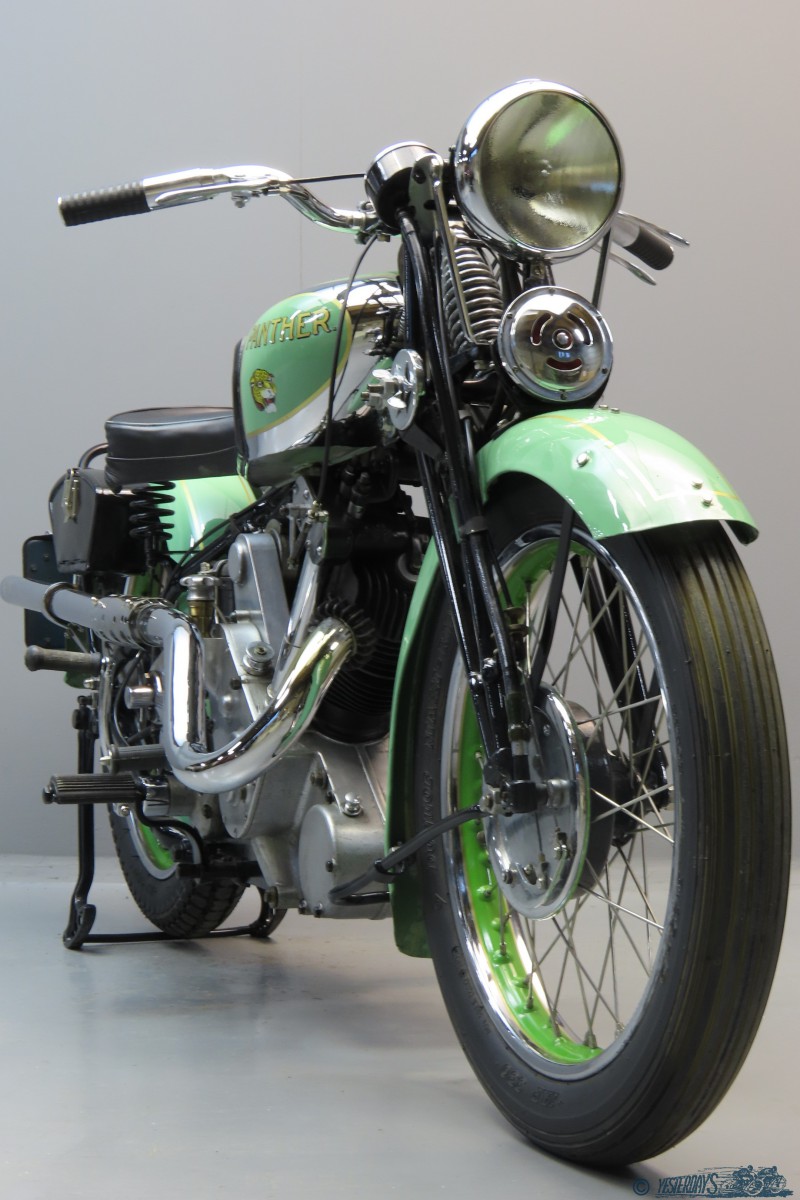 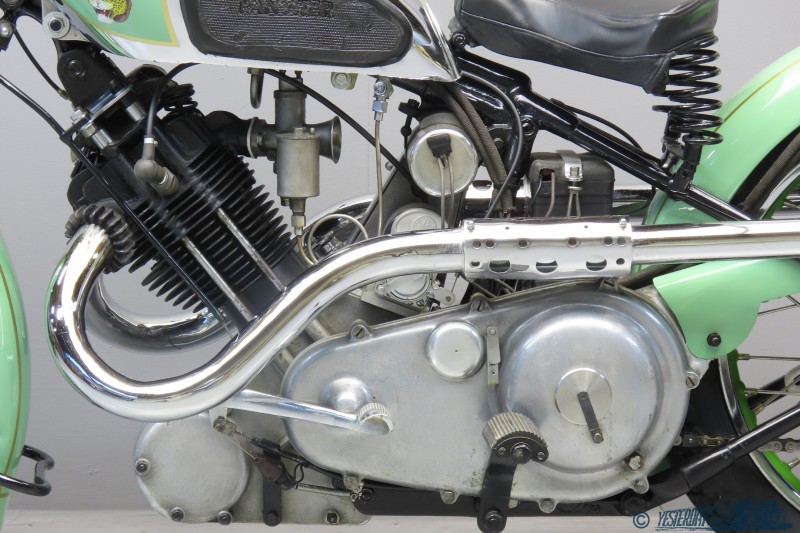 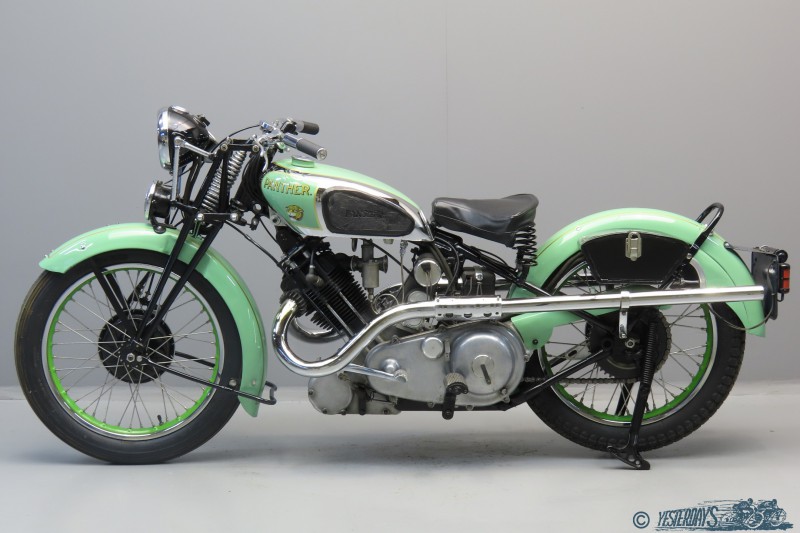 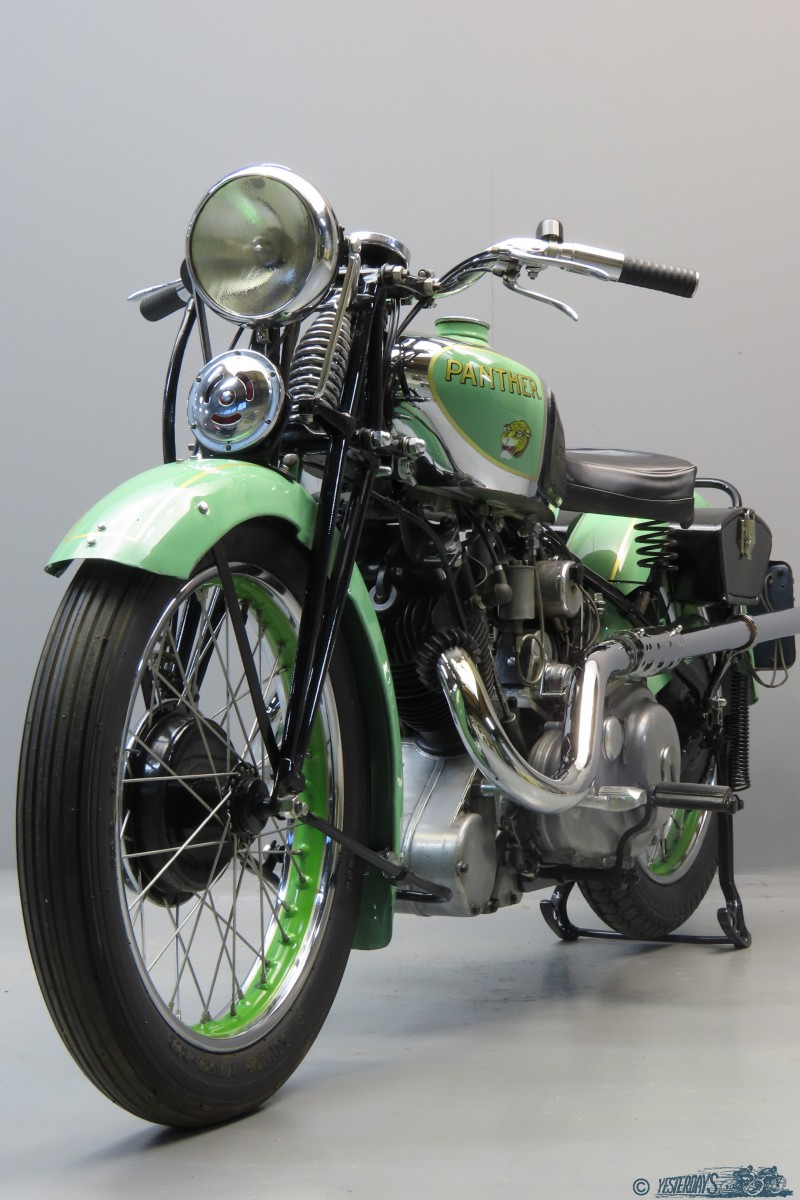 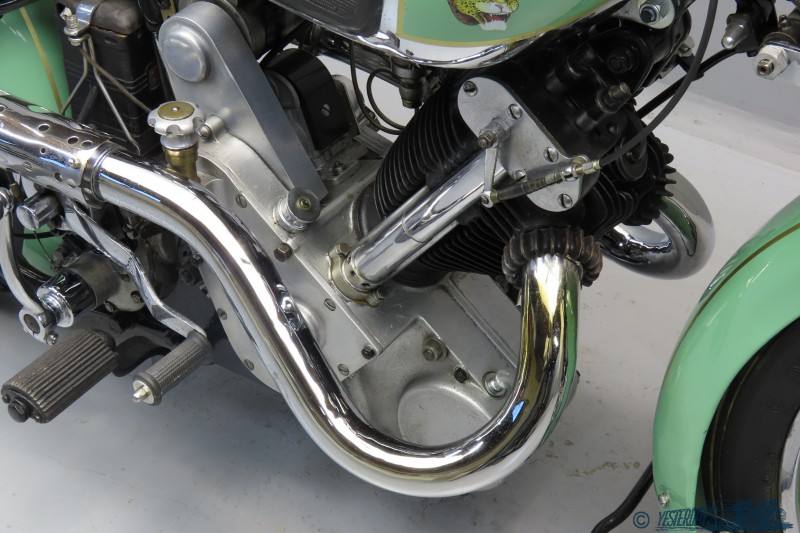 P&M motorcycles have been produced for more than 60 years; the last 650cc sloping engine singles leave the Cleckheaton (Yorkshire) factory in 1966. The name “ Panther” was added during the 1920s. Many different models have been made, but the typical Panther layout is that of the sloping engine that acts as an essential component of the frame diamond.
Panther has a difficult time during the depression years but the make manages to keep on innovating: for 1933 a revised heavyweight range is announced. Basically there are two models, of 490cc and 598cc capacity. Both models are available as standard machines as Models 50 and 60, or in tuned “Redwing” version as Models 90 and 100. The standard Model 60 has bore x stroke of 87x100mm, a compression ratio of 6.5:1 and delivers 23hp @ 4500rpm. A four speed Sturmey Archer gearbox is fitted with the option of foot-control. The new frame for 1933 is built of extra heavy tubing with two steel plates forming a sandwich arrangement holding engine and gearbox. The engine upper mounting is accommodated as usual but now features two massive U-bolts passing through the engine base. New Webb forks and front and rear stands add to the machine’s appeal; the Leach-designed rolling cam rear stand makes it relatively easy to lift the machine. Front brake has 7 inch diameter, rear brake eight. The Miller electric lighting system features a separate dynamo, the magneto is of BTH manufacture. Barry M. Jones’s book “The Panther Story” makes for fascinating reading about this iconic make!
1933 sales figures show that from the Model 60 only about 80 machines are sold, so this well-sorted survivor is a pretty rare machine. She is a road-registered older restoration and has been part of a private collection for many years. She was sold new in The Netherlands and most of her life she has stayed in the Rotterdam area. Extras fitted are high-level exhaust system, Smiths 140 km speedometer and foot controlled gearbox.