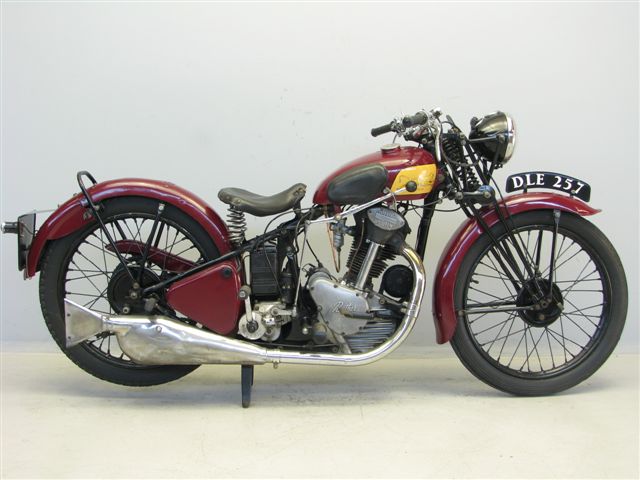 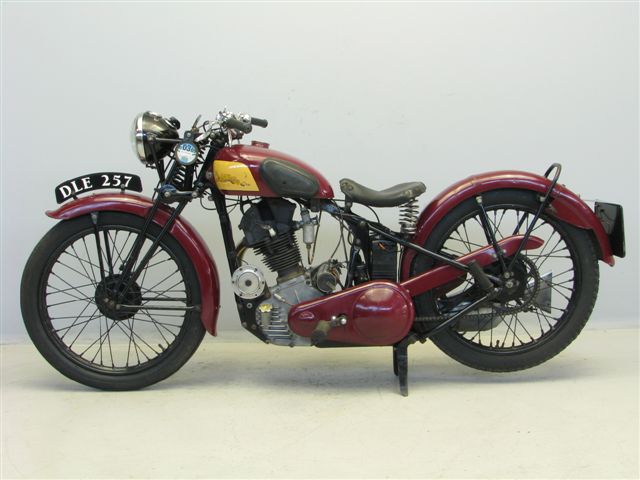 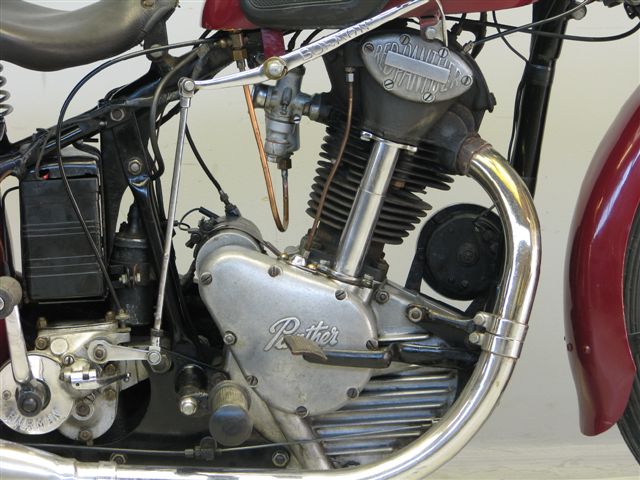 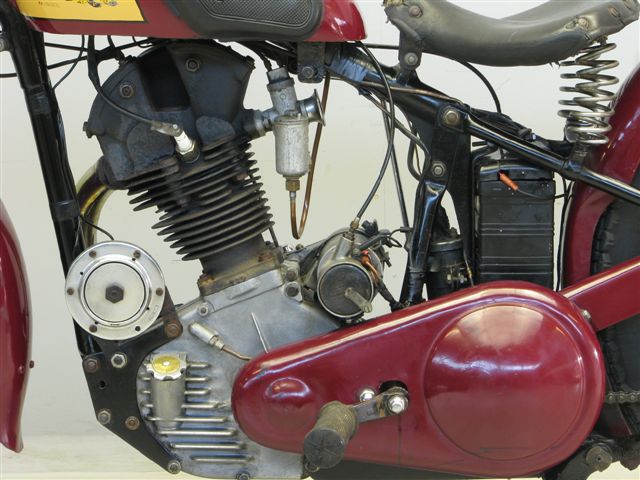 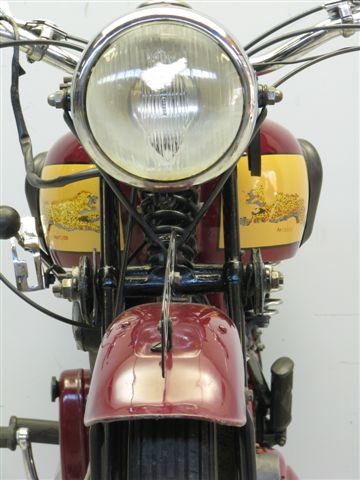 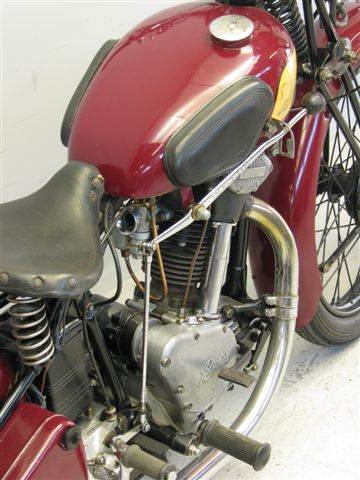 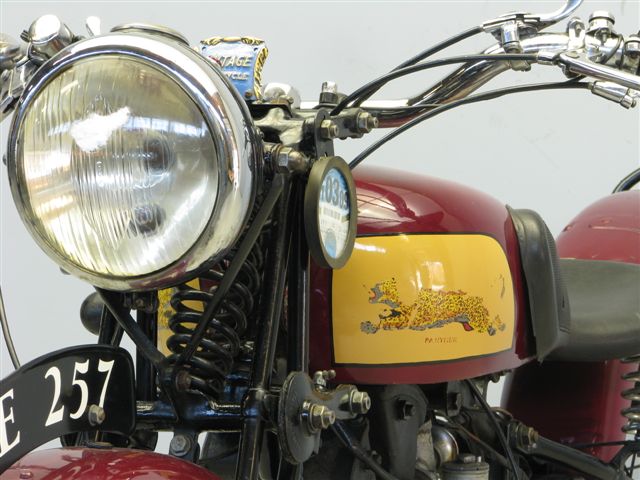 P&M motorcycles were produced for more than 60 years; the last 650 cc  sloping engine singles left the Cleckheaton ( Yorkshire) factory in 1966.
The name  “ Panther” was added during the 1920s.
Many different models were made, but the typical Panther layout was that of  the sloping engine that acted as an essential component of the frame diamond.
An important addition to Panther’s 1932 range was a 250cc, overhead-valve, four-stroke model that used a conventional frame rather than the stressed-member sloping engine of the larger models.
It was this model that would form the basis of the famous ‘Red Panther’ sold by South London dealership Pride & Clarke.
Introduced in 1933, P&C’s ‘bargain basement’ Model 20 came with red tank panels instead of green, and featured a hand-change, three-speed gearbox and coil ignition.
This Panther has been started occasionally to keep the oil circulated but otherwise has seen little active use during the last years.
There are no reported deviations from factory specification and the machine runs and performs well