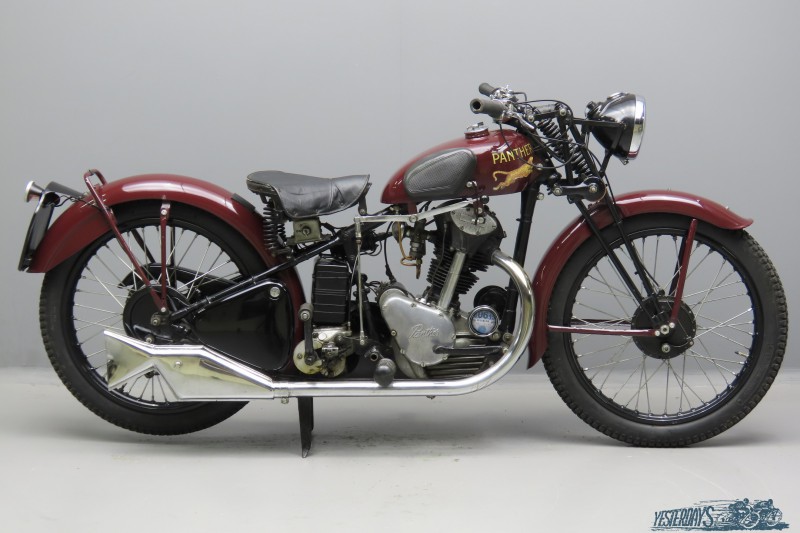 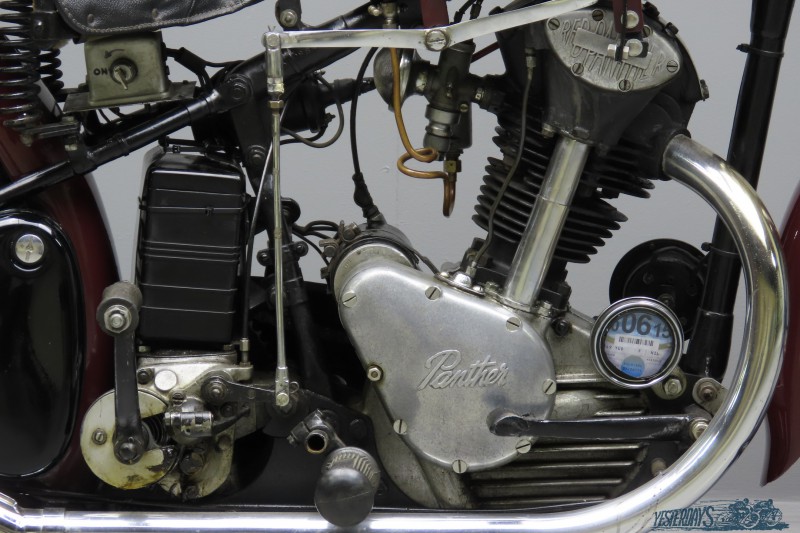 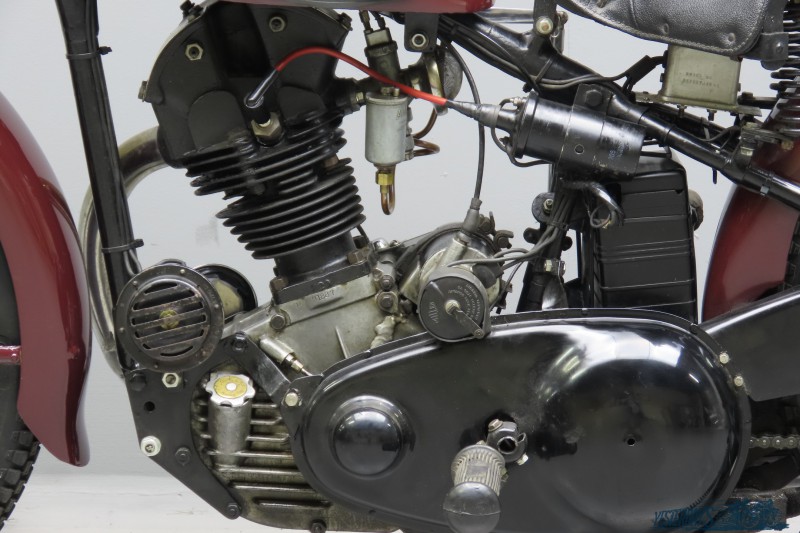 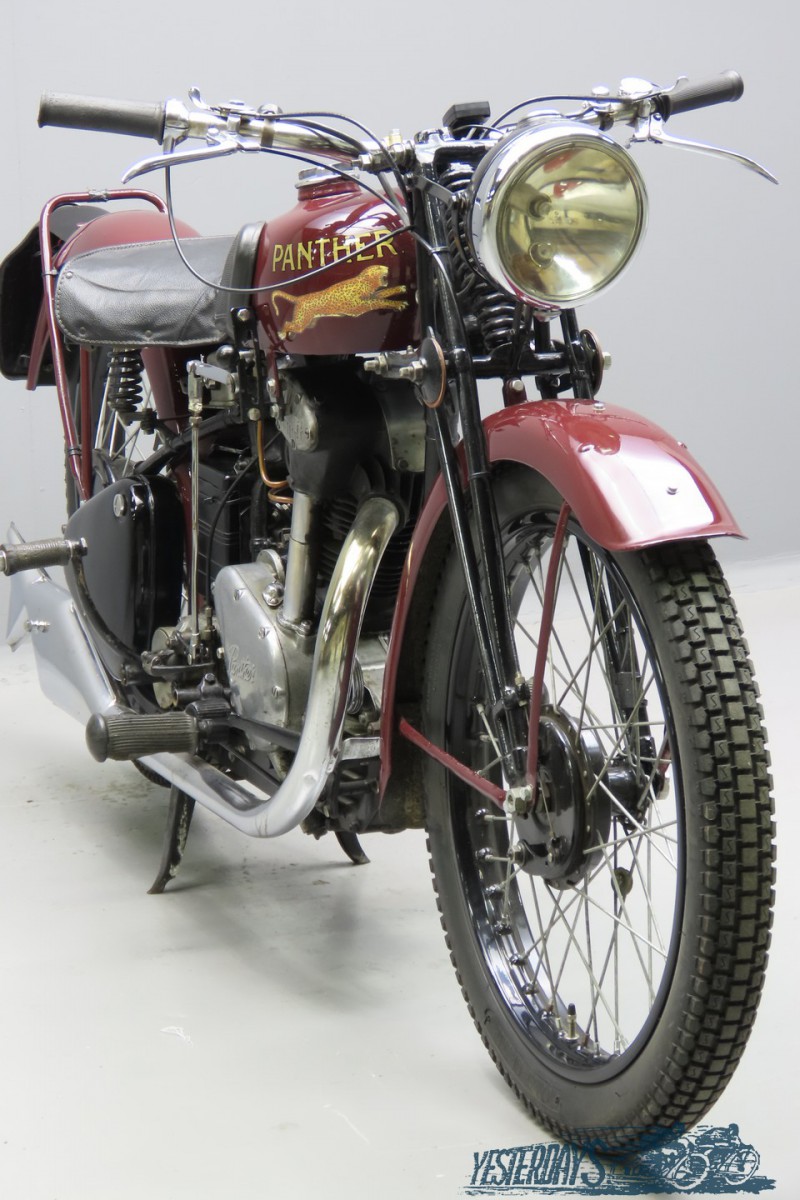 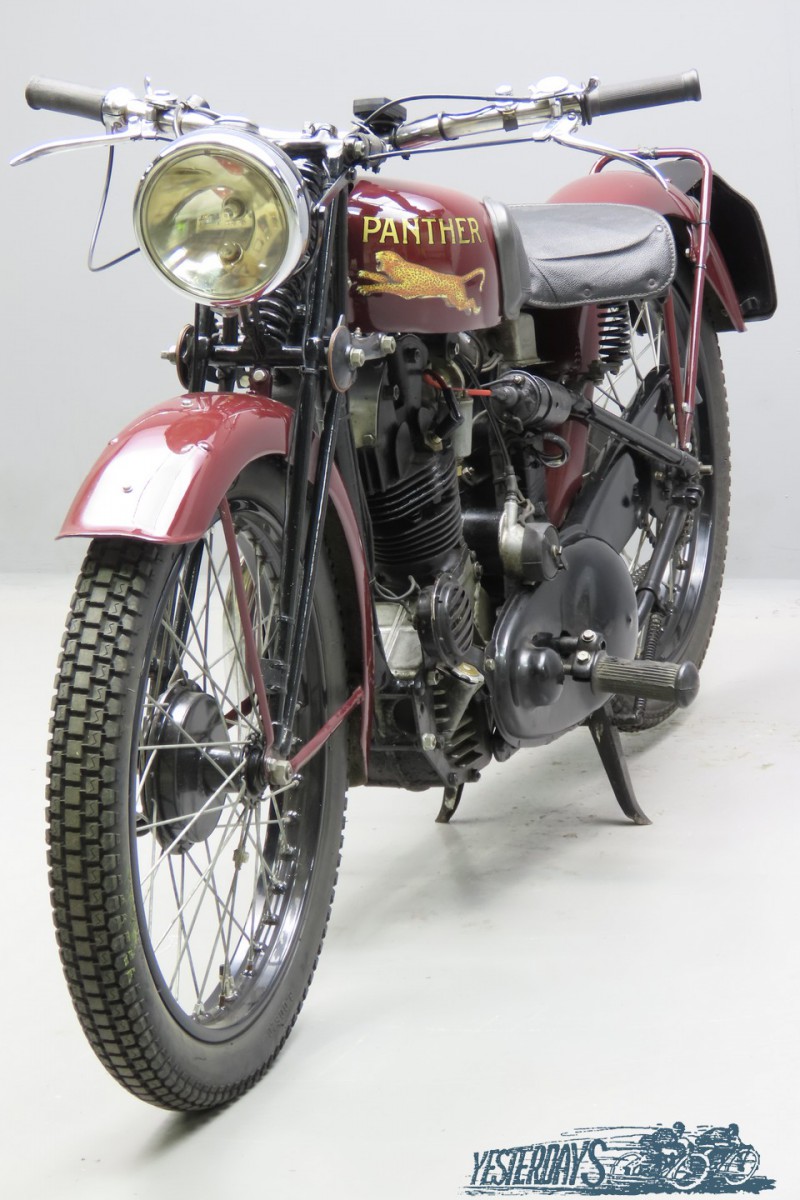 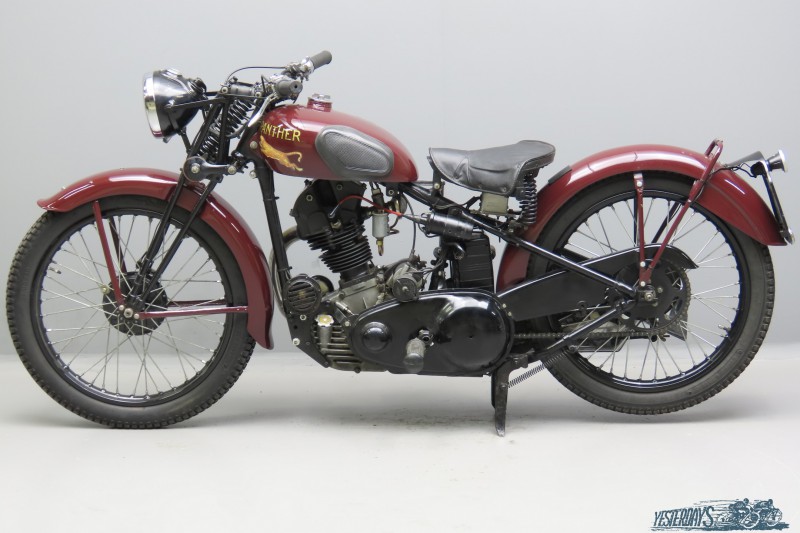 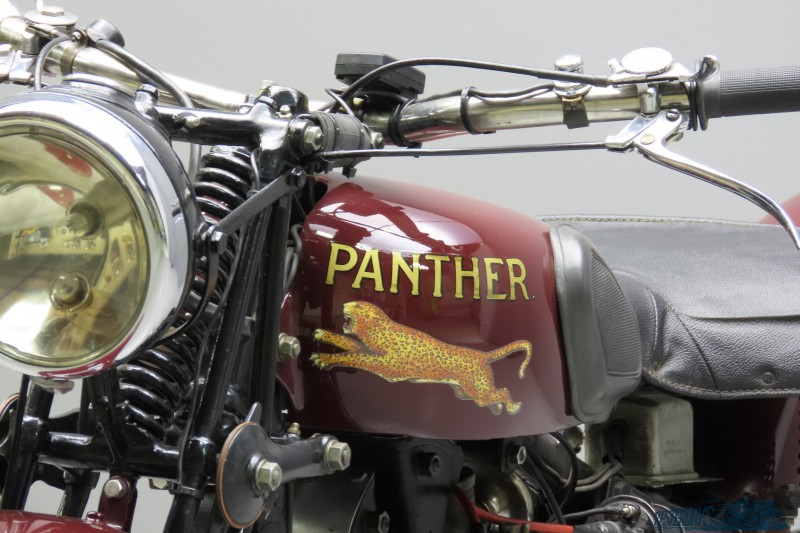 P&M motorcycles were produced for more than 60 years; the last 650 cc sloping engine singles left the Cleckheaton (Yorkshire) factory in 1966.
The name “ Panther” was added during the 1920s.
Many different models were made, but the typical Panther layout was that of the sloping engine that acted as an essential component of the frame diamond.
An important addition to Panther’s 1932 range was a 250cc, overhead-valve, four-stroke model that used a conventional frame rather than the stressed-member sloping engine of the larger models.
It was this model that would form the basis of the famous ‘Red Panther’ sold by South London dealership Pride & Clarke. Introduced in 1933, P&C’s ‘bargain basement’ Model 20 came with red tank panels instead of green, and featured a hand-change, three-speed Burman gearbox and coil ignition.
The P&M factory was in a bad financial situation in the early thirties and Pride & Clarke had realised the potential of the new lightweight Panthers. They offered to take up the full production quota and would undertake all advertising and marketing, provided they would get the sole production rights.
Although the Red Panther models were sold at a very low price, there was no question that substandard workmanship or a lower quality of finish had been employed.
Instead, considerable savings had been gained by using lower price proprietary components such as tyres, chains and saddles.
Motorcycling put a 250cc machine through their road tests in the summer of 1936 and complimented the model for its low speed tractability; top gear remained snatch free as low as 10 mph, making it eminently suited for town work.
The little Red Panthers earned great respect within the motorcycle press for being such well-mannered, attractive machines at such a low price tag.
The 248cc engine had bore x stroke dimensions of 60x88mm and was good for 11hp@5,500rpm.
The factory claimed a top speed of 100km plus and a petrol consumption of one litre per 100km.
Our Red Panther has been restored and is in excellent overall shape, ready for the road.