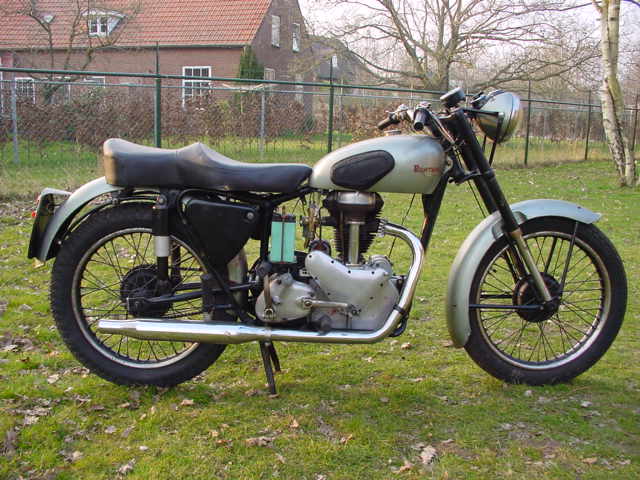 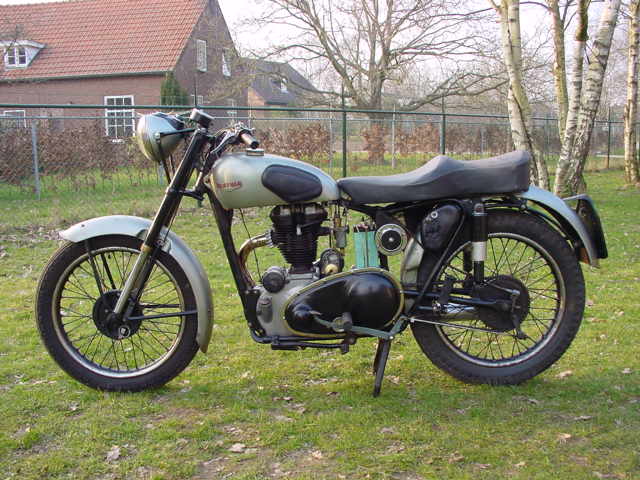 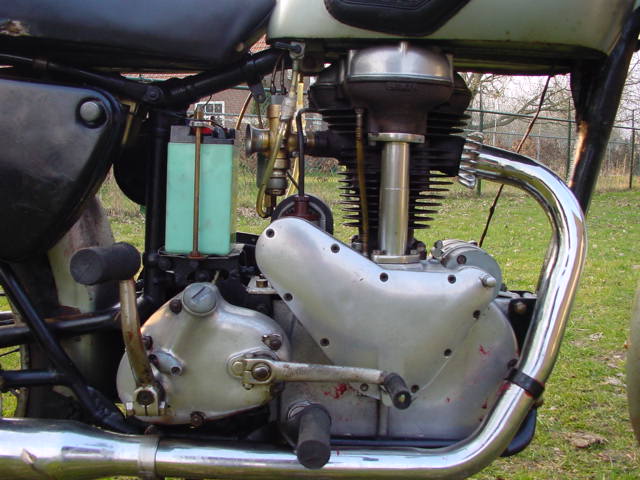 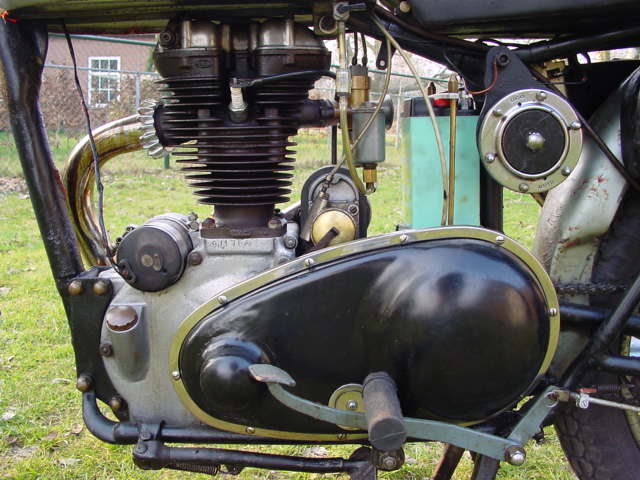 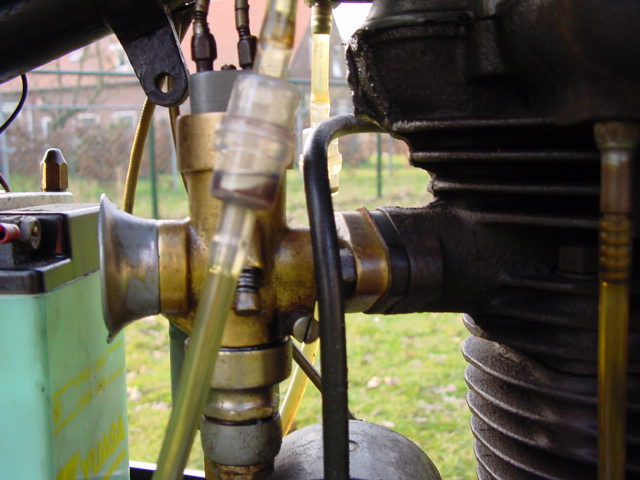 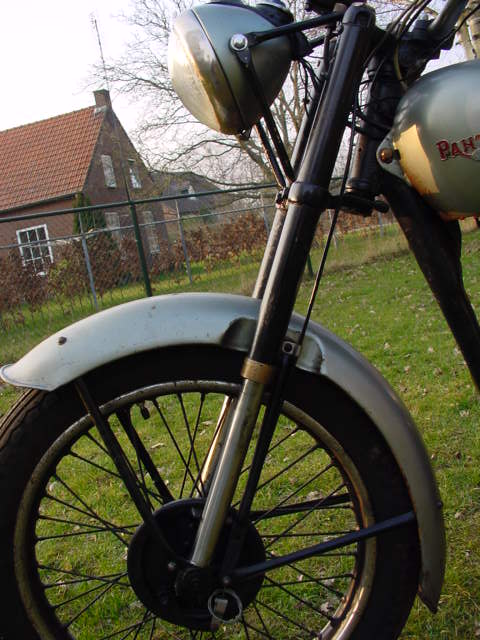 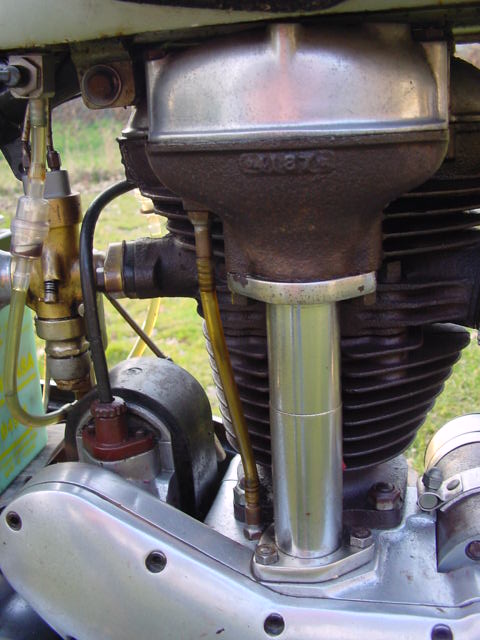 P&M motorcycles were produced for more than 60 years; the last 650 cc  sloping engine singles left the Cleckheaton ( Yorkshire) factory in 1966.
The name  “ Panther” was added during the 1920s. Many different models were made, but the typical Panther layout was that of  the sloping engine that acted as an essential component of the frame diamond.
However, shortly after the war a some models were introduced with vertical engines, the 248 cc Model 65 and the   348 cc Model 75. In 1953 swing  arm rear suspension was added.
The model 65 was produced till 1960.