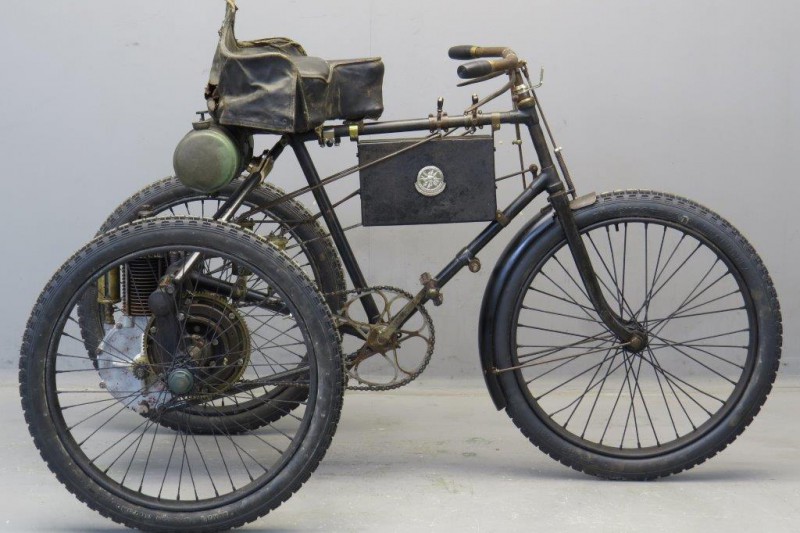 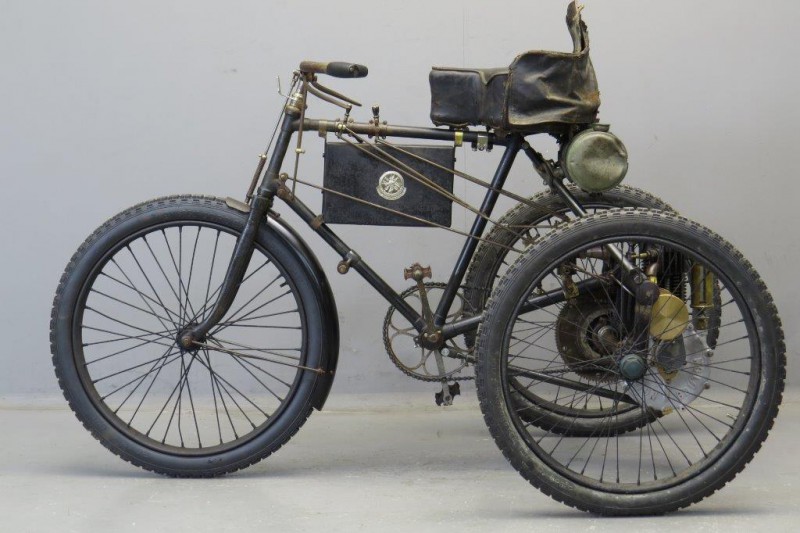 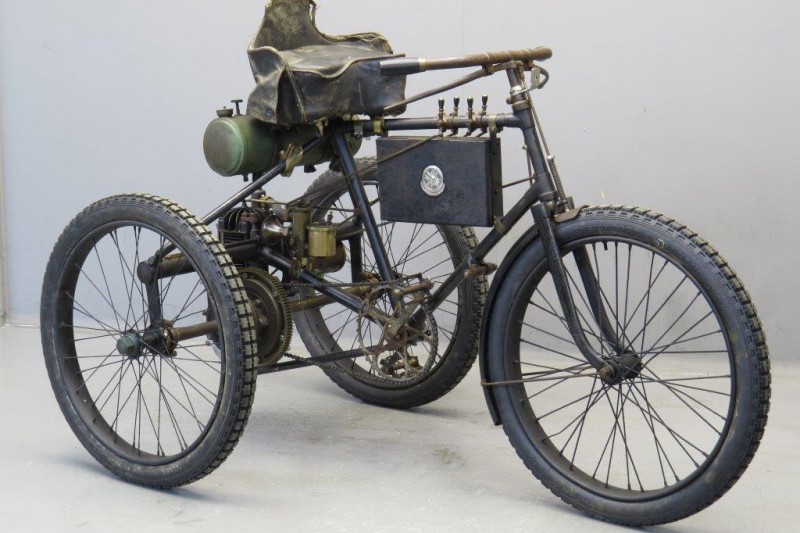 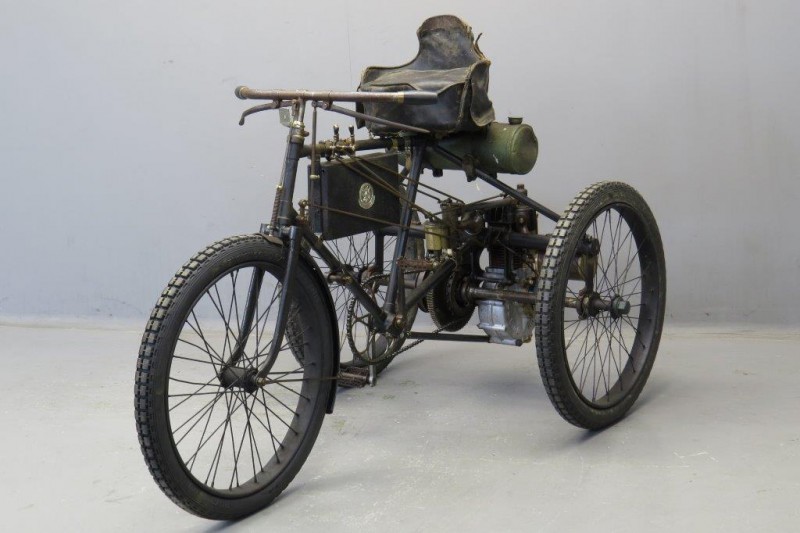 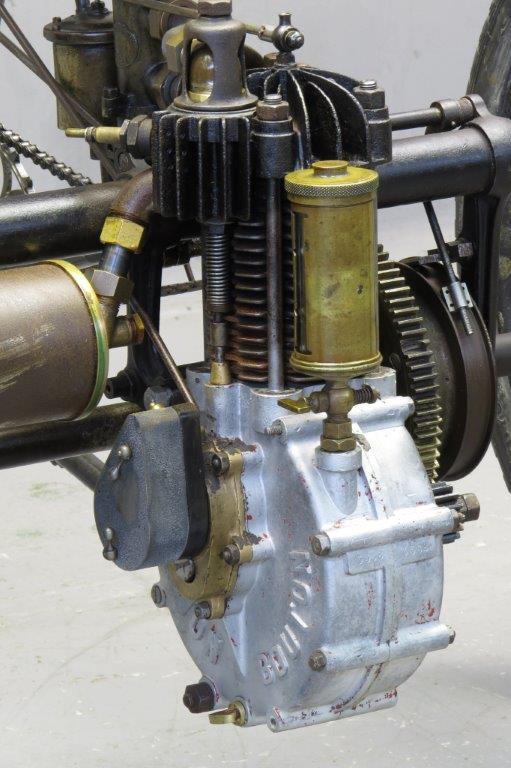 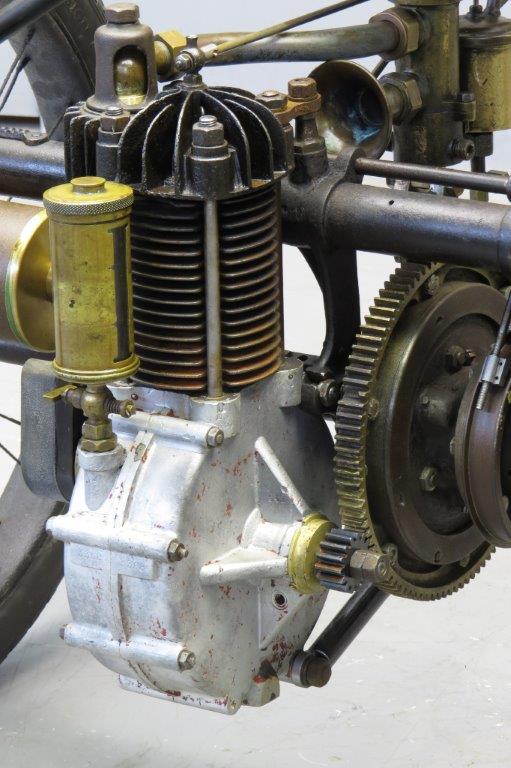 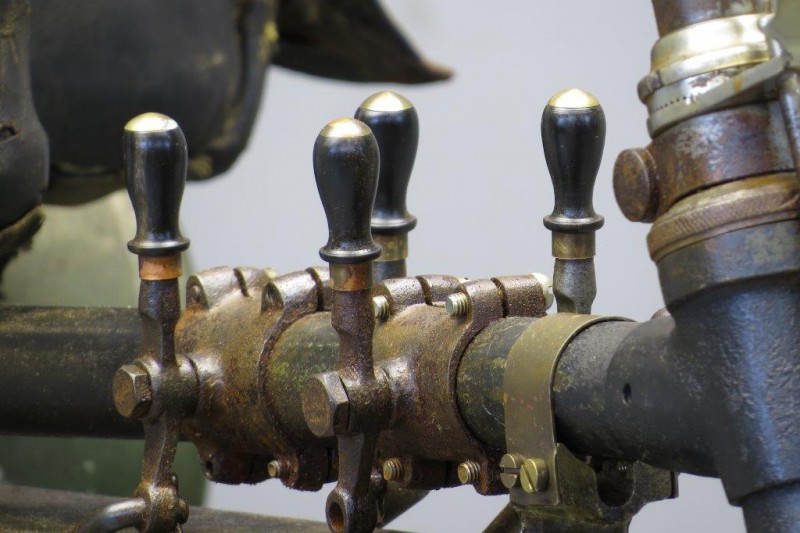 Although a prototype  De Dion-engined  Peugeot  bicycle was displayed at the Paris Salon in 1898,  the first motorized cycles to leave the factory were actually tricycles and quadricycles.
The popularity of the tricycle was unchallenged at first, but by 1902 the motorized bicycle  started to take the lead: at the Paris Salon in December 1901 81 motorized cycles were exhibited, of which there were only 21 tricycles or quadricycles.
In the 1901 Peugeot catalogue however the motorised bicycle was still absent,  next to the dozen or so bicycles the company presented several types of tricycles and quadricycles.
They could be had with  Peugeot  or De Dion Bouton propulsion and  the quads had  water-cooled engines.
They were also equipped with a Peugeot two-speed gear and free engine.
A very practical device   not standard  on  the tricycles  but to be ordered as optional equipment.  This rare very early Peugeot trike is in remarkable authentic and original condition; it’s virtually complete apart from the gear change lever, rods, rear brake parts and some other  odds and ends.
The seat  may not be  mother’s finest but  it is very practical and   was offered by Peugeot as an extra.
A standard Peugeot bicycle  was  catalogued at  around 350 Francs but the bill of this machine would have amounted to 1845 Francs: 1600 for the machine, 200  for the two speed gear and 45 for the “siège à dossier à ressorts”, which   surely sounds more luxurious than “sprung seat with backrest”.
A rare and attractive  machine  indeed!