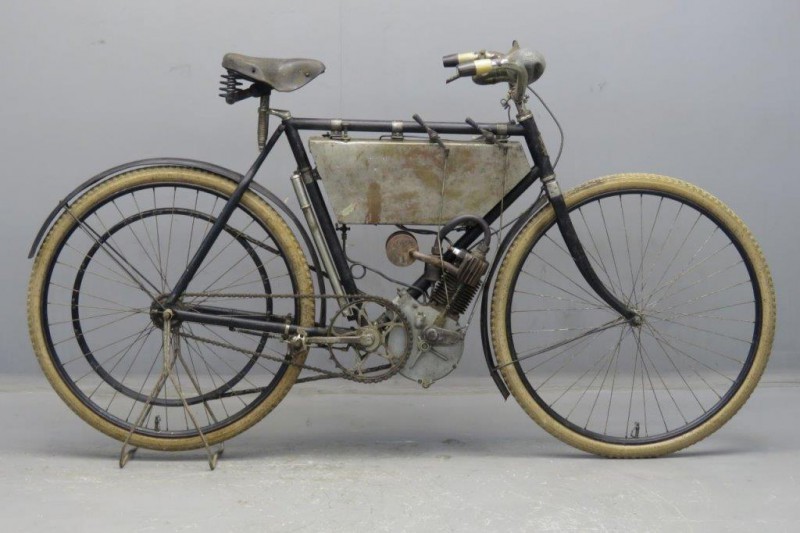 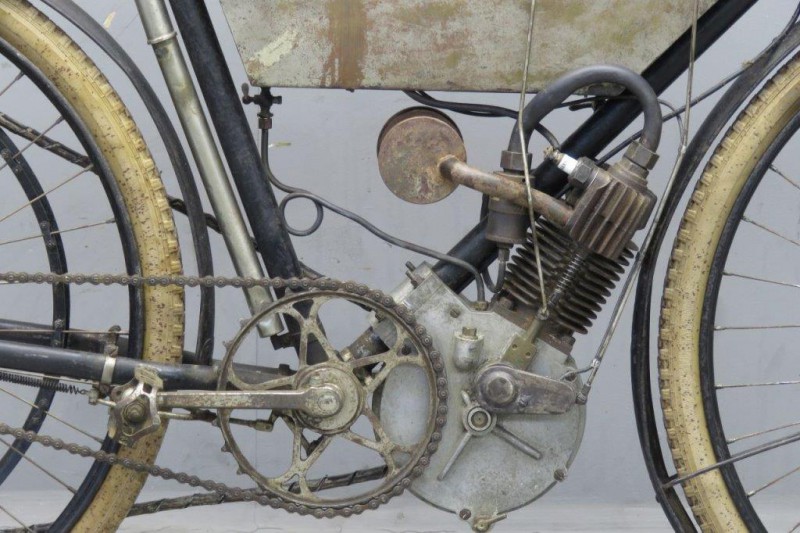 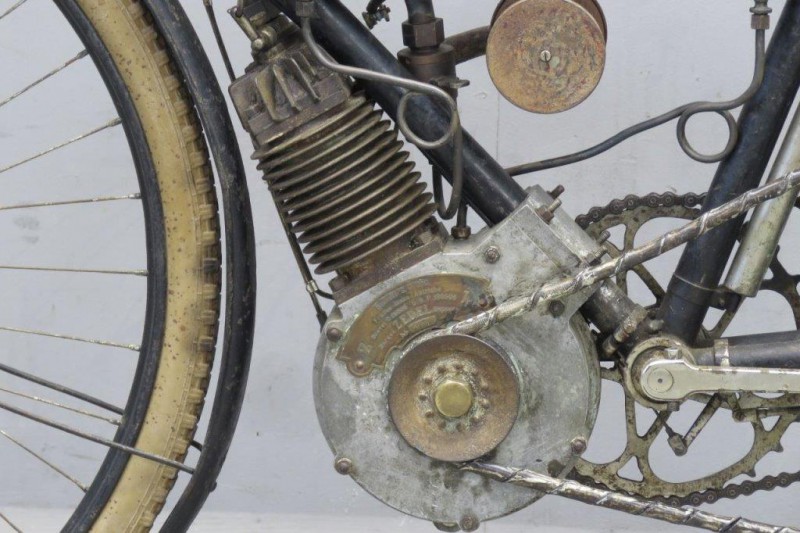 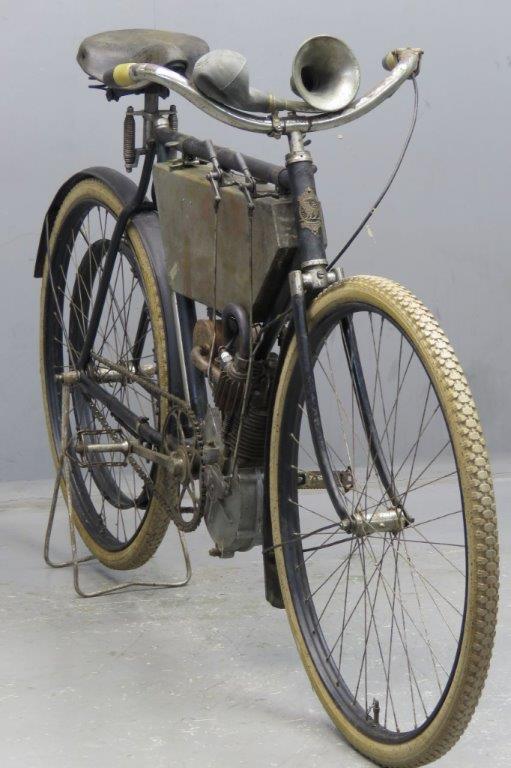 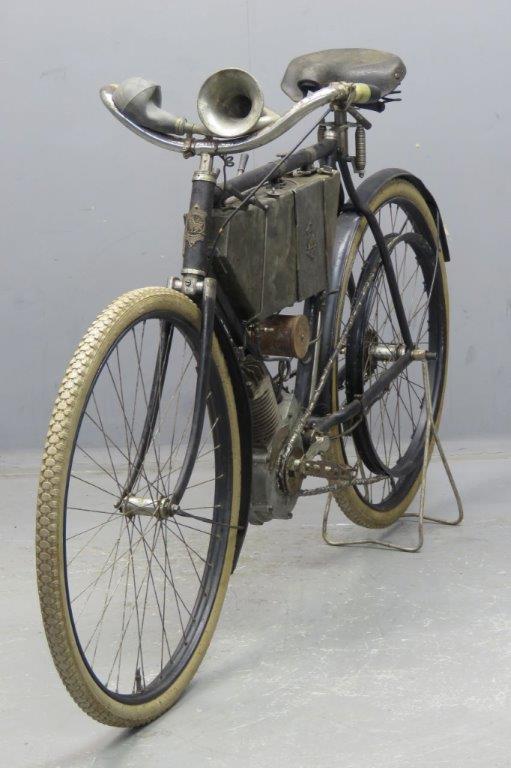 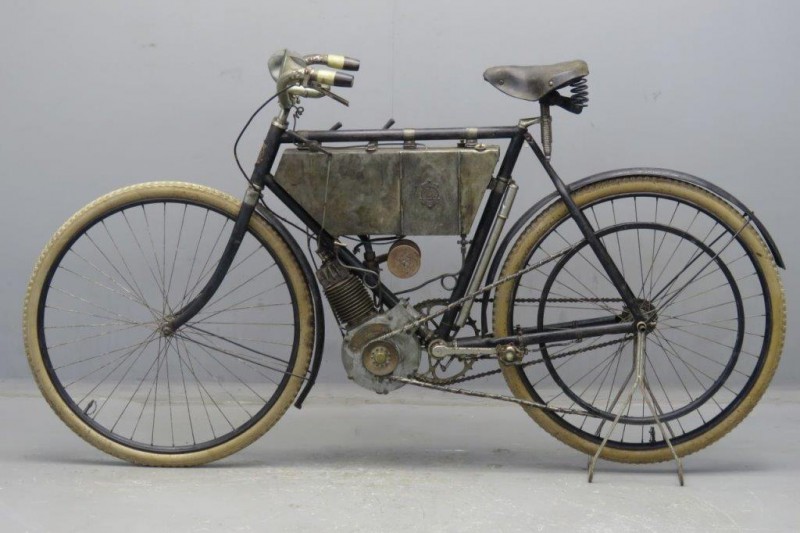 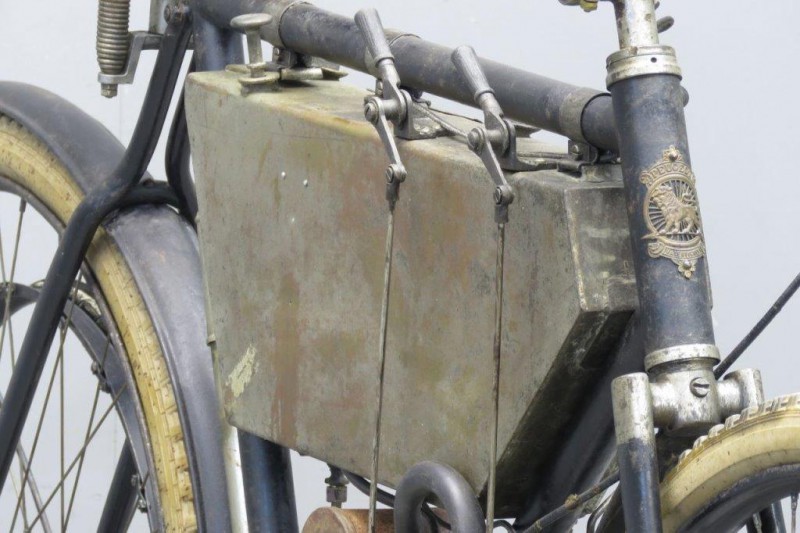 Although a prototype  De Dion-engined  Peugeot  bicycle was displayed at the Paris Salon in 1898,  the first motorized cycles to leave the factory were actually tricycles with De Dion & Bouton engines.  The popularity of the tricycle was unchallenged at first, but by 1902 the motorized bicycle  started to take the lead: at the Paris Salon in December 1901 81 motorised cycles were exhibited, of which there were only 21 tricycles or quadricycles.
One of the sixty motorized bicycles present was a Peugeot, propelled by a 1 ½ HP ZL engine.
The engine was clipped to the front down tube and had a displacement of 198 cc.
Its weight was only 35 kilograms  and  a cruising speed of between 25 and 40 km/h was attainable.  Regarding  the hill climbing abilities the prospective buyers were  assured that “the engine was powerful enough to climb all hills”.
The little engine is  fed by a Longuemare type spray carburettor.
That means it belongs to the second series  of 1902 models.
The first series was equipped with a more cumbersome surface carburettor.
Relatively few of these machines were produced and very few have survived: four  are known  to exist with surface carburetor,  only one with spray carburettor.
This early veteran  is complete and unrestored.