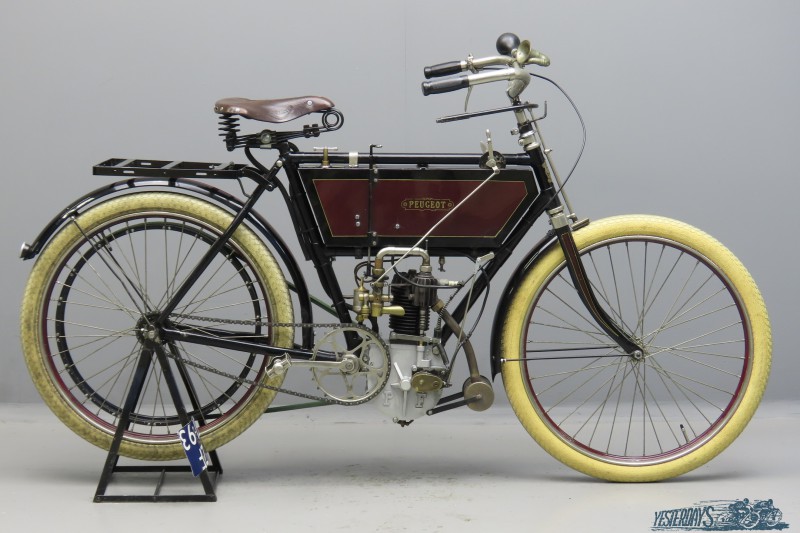 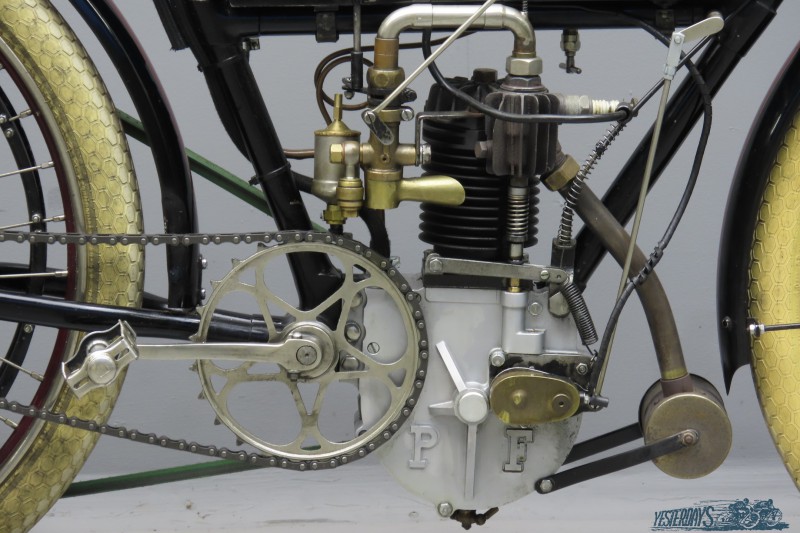 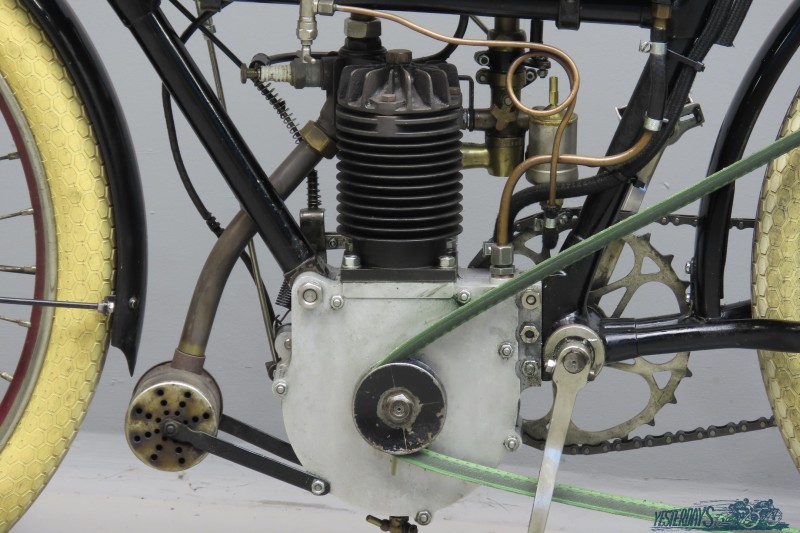 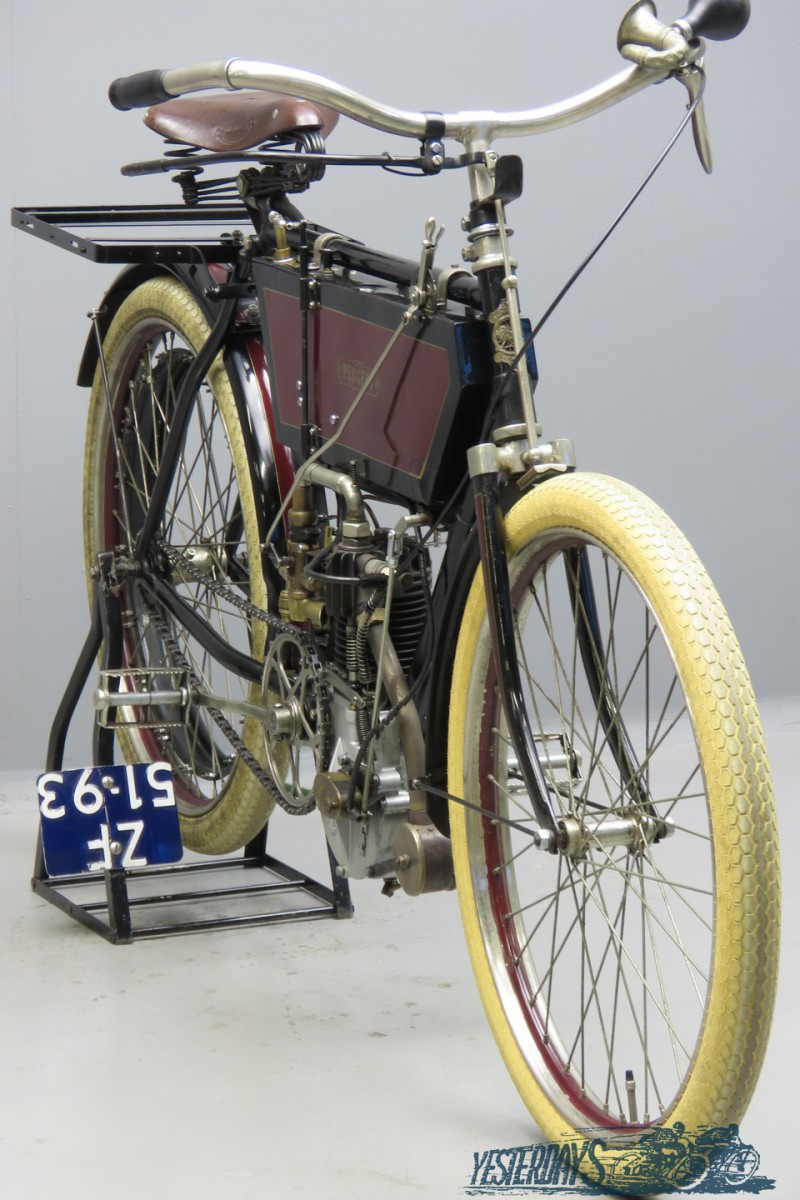 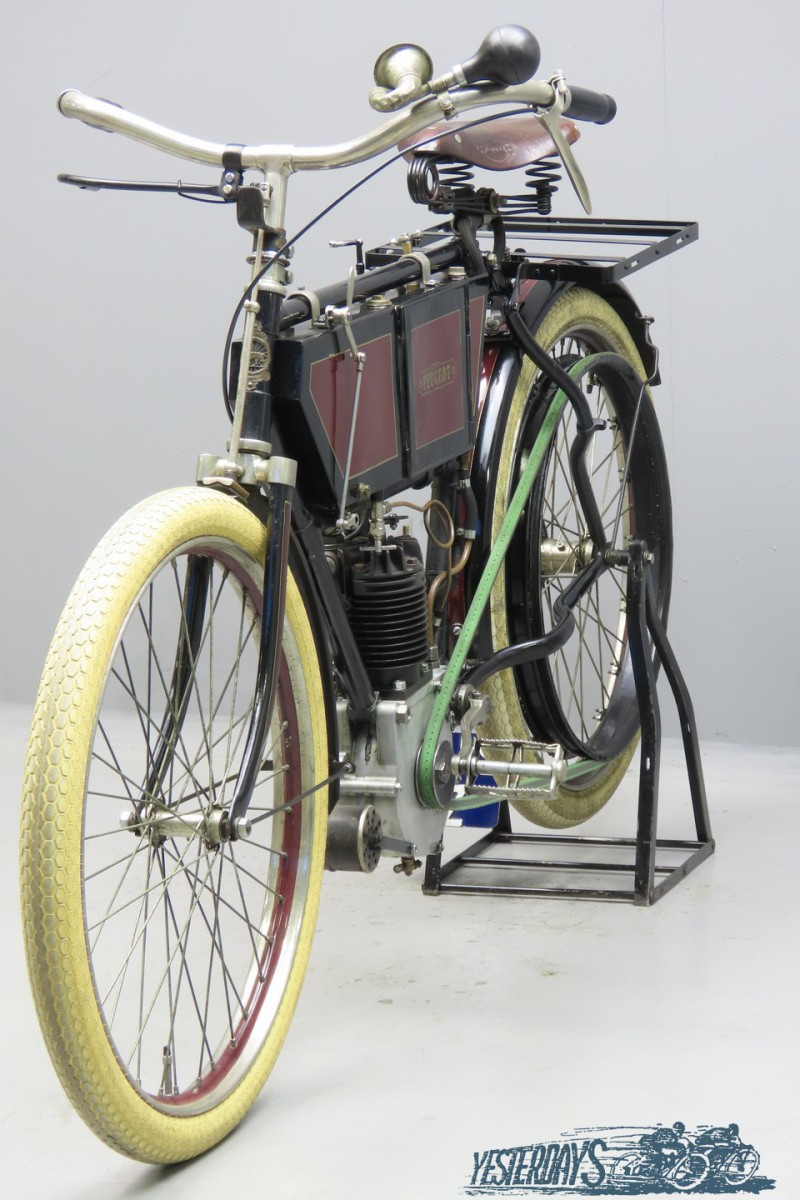 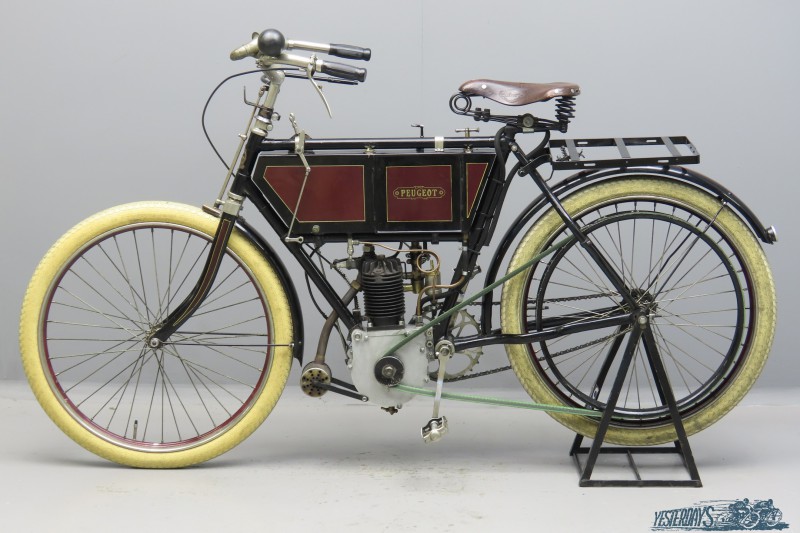 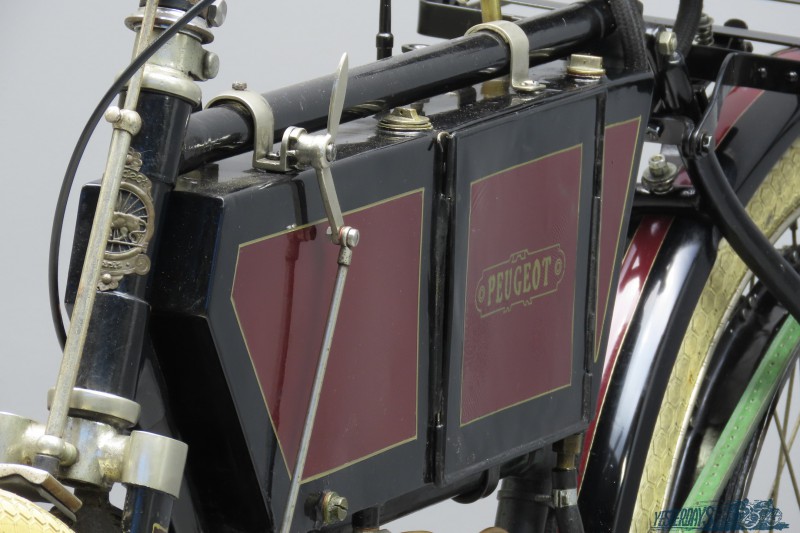 At the dawn of the 20th century the popularity of the tricycle was unchallenged, but by 1902 the motorized bicycle started to take the lead: at the Paris Salon in December 1901 81 motorized cycles were exhibited, of which there were only 21 tricycles or quadricycles.
One of the sixty motorized bicycles present was a Peugeot, propelled by a 1½ HP ZL engine.
The engine was clipped to the front down tube and had a displacement of 198 cc.
Its weight was only 35 kilograms and a cruising speed of between 25 and 40 km/h was attainable.
For 1903 the engine was placed in the “New Werner Position” and now two models were catalogued, one with 2HP ZL engine and the other with Peugeot’s own 2HP power source, both types having the same cycle parts.
The “Type C’ has a bore x stroke of 66×70 mm and the engine is fed by a spray carburetor.
The front brake works on the top of the tyre tread and rear wheel is slowed down by a practical backpedal brake.
This rare early Peugeot has been regularly used at vintage club outings and comes with Pioneer Certificate.
She has a current registration and a practical sheet with starting and running instructions will make it easy for the new owner to get acquainted with the practicalities of an early veteran.