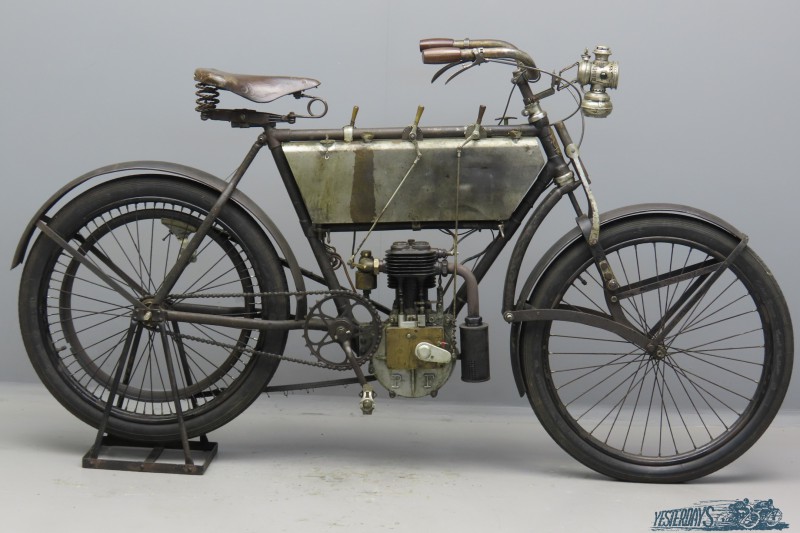 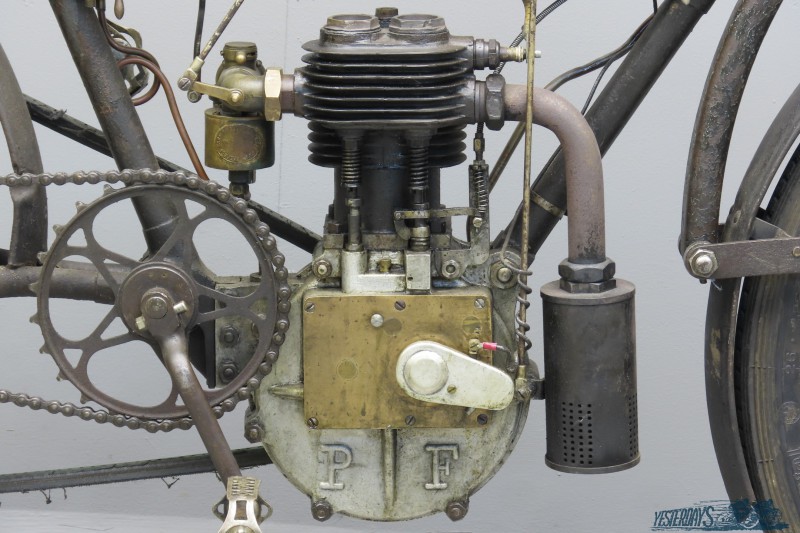 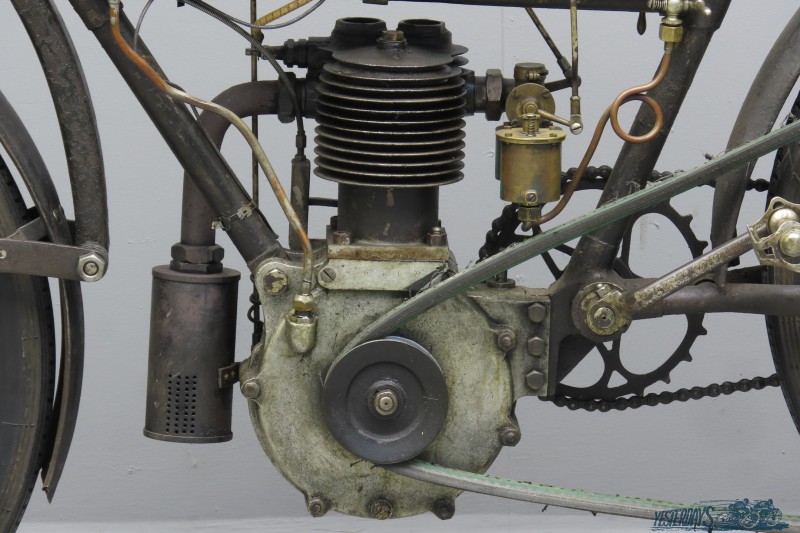 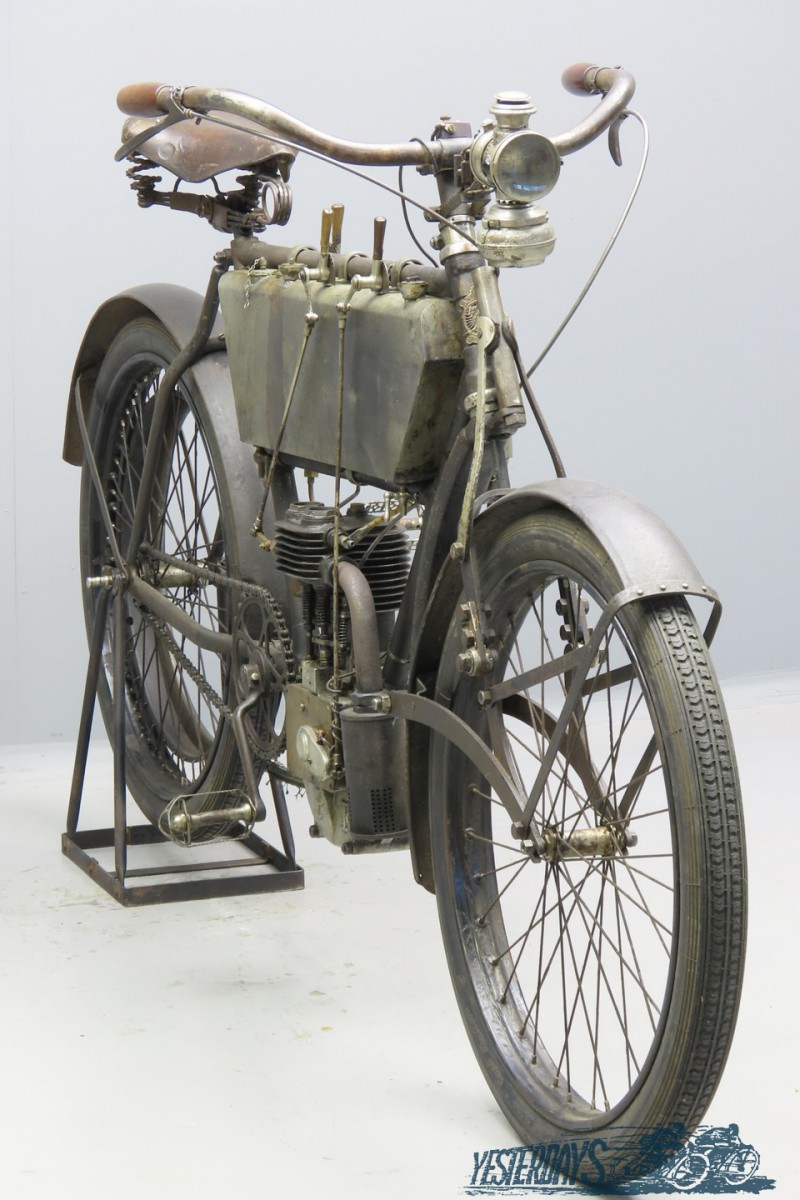 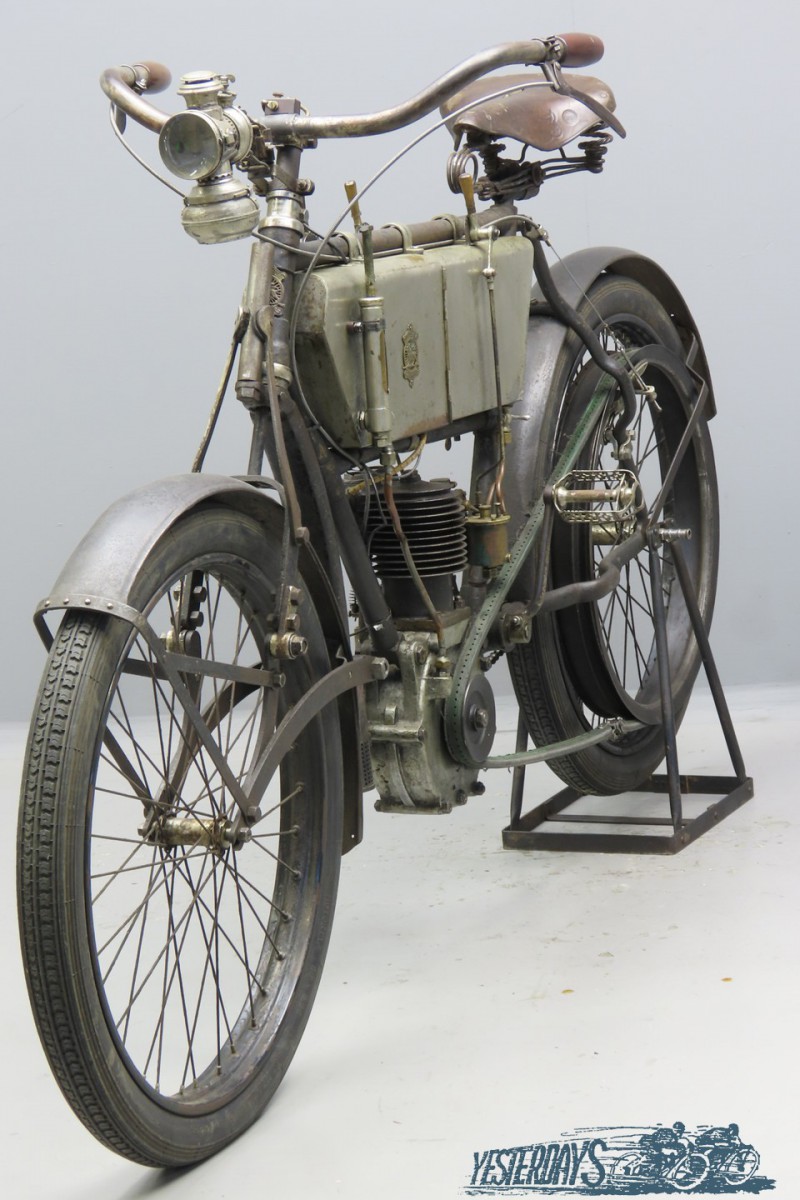 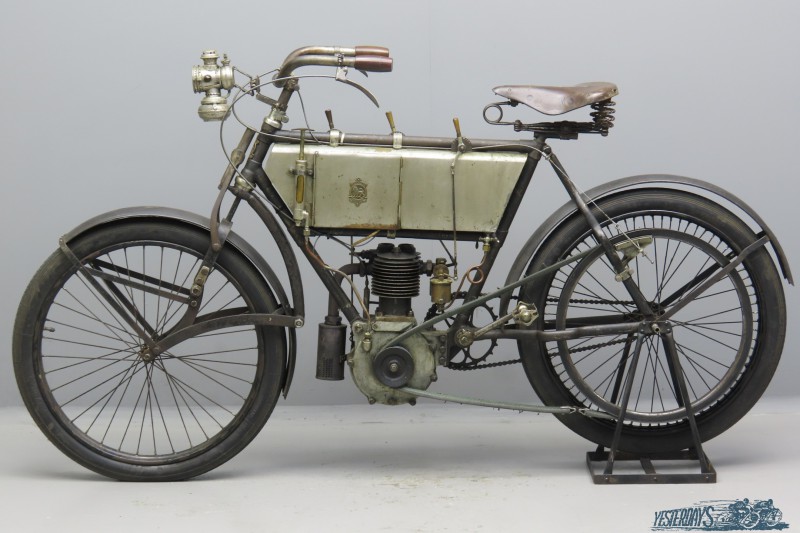 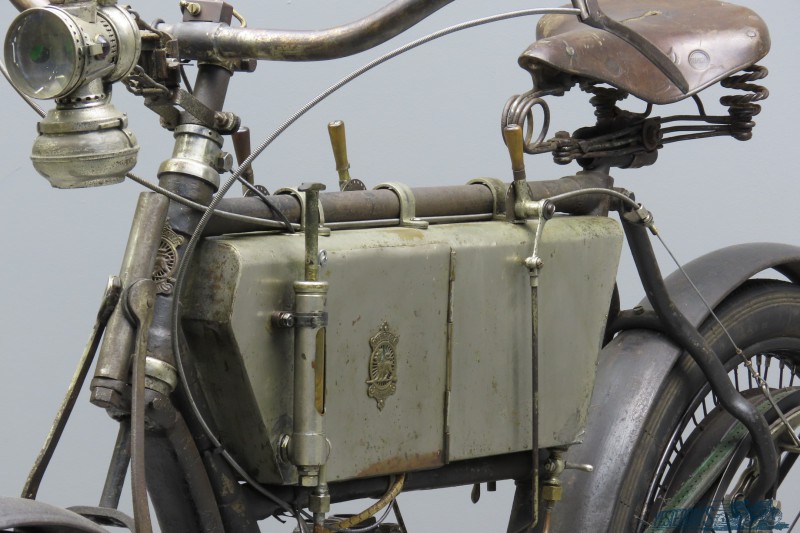 The first motorized cycles to leave the Peugeot factory were actually tricycles with De Dion & Bouton engines.
The popularity of the tricycle was unchallenged at first, but by 1902 the motorized bicycle started to take the lead: at the Paris Salon in December 1901 81 motorised cycles were exhibited, of which there were only 21 tricycles or quadricycles.
One of the sixty motorized bicycles present was a Peugeot, propelled by a 1 ½ HP ZL engine.
The engine was clipped to the front down tube and had a displacement of 198 cc.
Its weight was only 35 kilograms and a cruising speed of between 25 and 40 km/h was attainable.
For 1903 the engine was placed in the “New Werner Position” and now two models were catalogued, one with 2HP ZL engine and the other with Peugeot’s own 2HP power source, both types having the same cycle parts.
For 1904 Peugeot only employed its own engines, the output of the standard AIV model was brought to 2 ½ HP and a new 2 ¾ HP model with both valves mechanically operated was also available.
The latter engine turned at 2.500rpm and had bore x stroke dimensions of 74x82mm.
The machines cost 850 and 870 Francs respectively.
In “The Motor” of December 16, 1903, we read an introduction to the Paris Motor Exhibition in the Grand Palais des Beaux Arts.
The British journalist is very much impressed by the Show, which is in excellent taste: “The general effect, as seen from the galleries, or from any elevated place is thus one of surpassing beauty. The organisers this year have arranged a most extensive scheme of illumination, the dome being gracefully festooned with electric lights together with the vast roof spans and the arches supporting the roof ; and as the lights are of a golden orange colour, the effect is at once beautiful and reposeful.
The illumination on the ground floor is obtained by groups of incandescent gas lamps, and as almost every stand has a scheme of electric illumination, the Palais after dusk is one glorious blaze of harmonious light.”
His opinion of the new type of “Truffault “ front suspension for which Peugeot had secured the production rights was less favourable: “Peugeot Freres show a series of machines of specially interesting types.
One of these is a 3 h.p. machine with an extraordinary form of spring fork suspension for the front wheel: the wheel is carried by a series of jointed arms which work against a pneumatic spring concealed in the head tube: the arrangement looks ugly and complex”.
This authentic and unrestored 2¾ HP machine is in excellent condition and is relatively rare, most machines sold were of the atmospheric inlet type.
She’s fitted with the then new “Truffault” front suspension and is well-engineered and of sturdy construction.
There’s battery and coil ignition on board and a graceful acetylene front light.