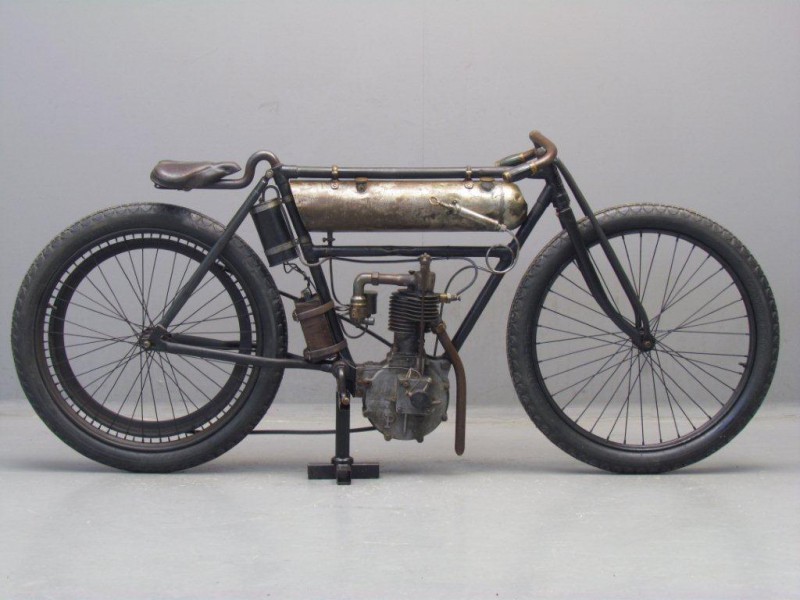 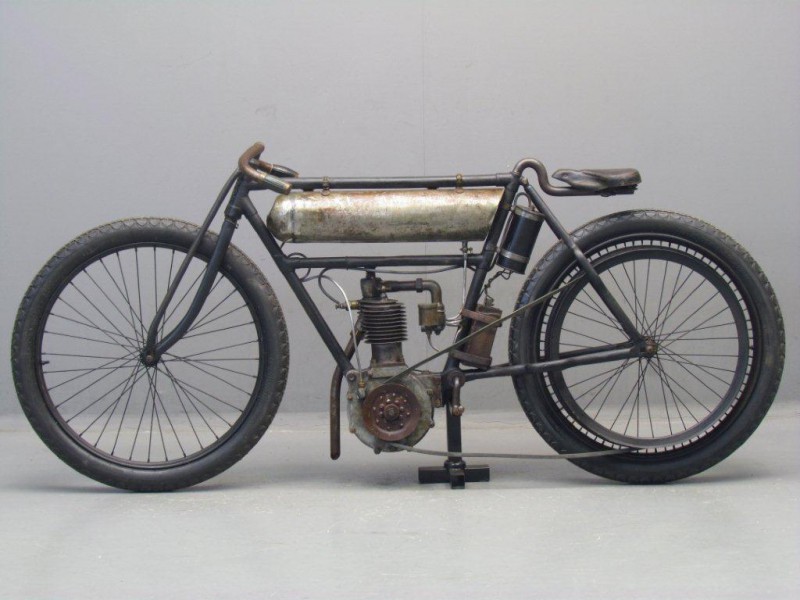 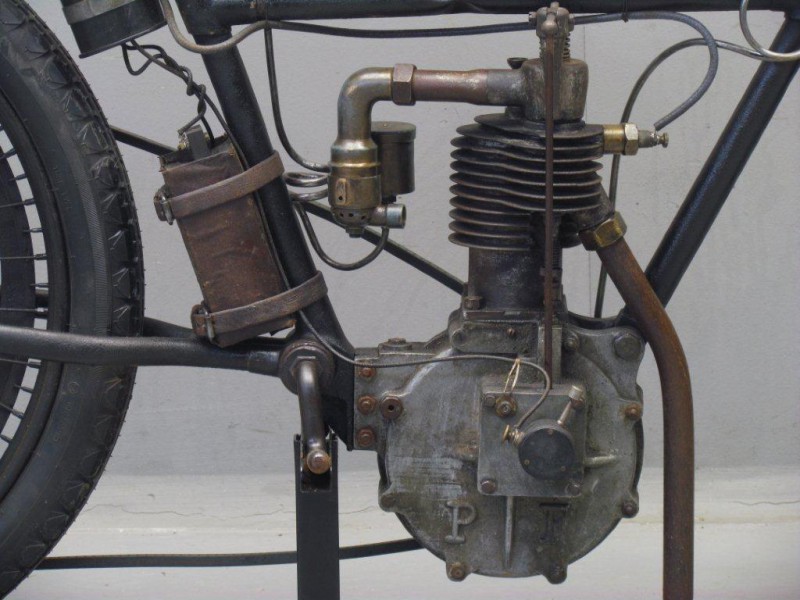 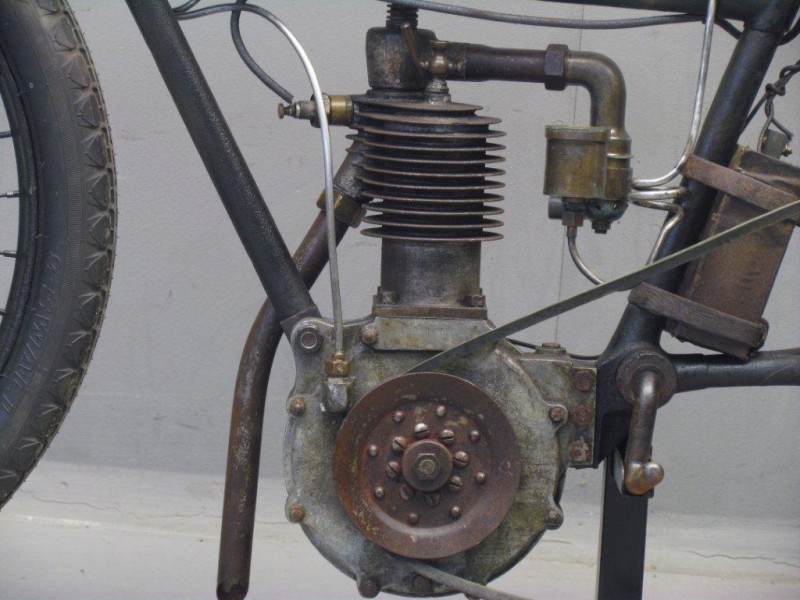 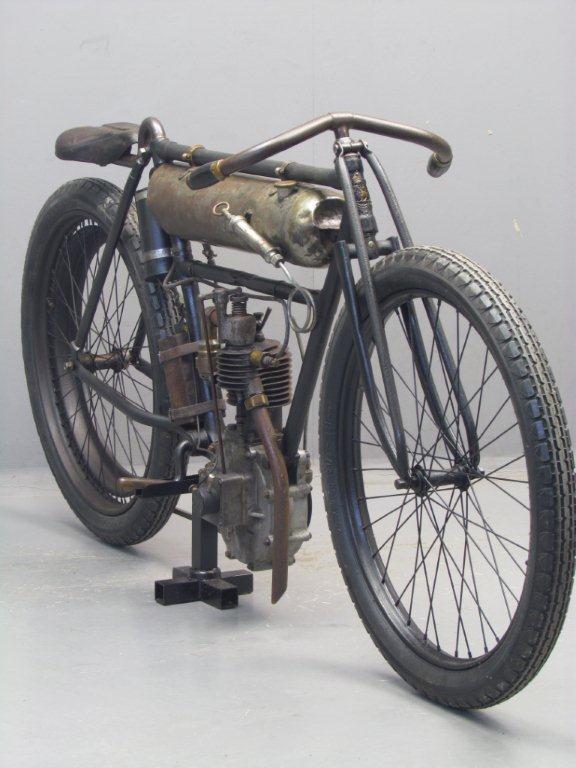 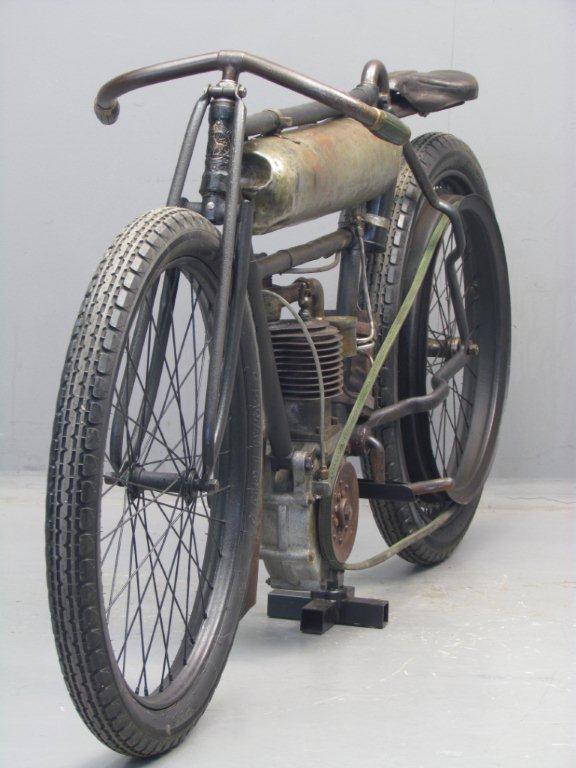 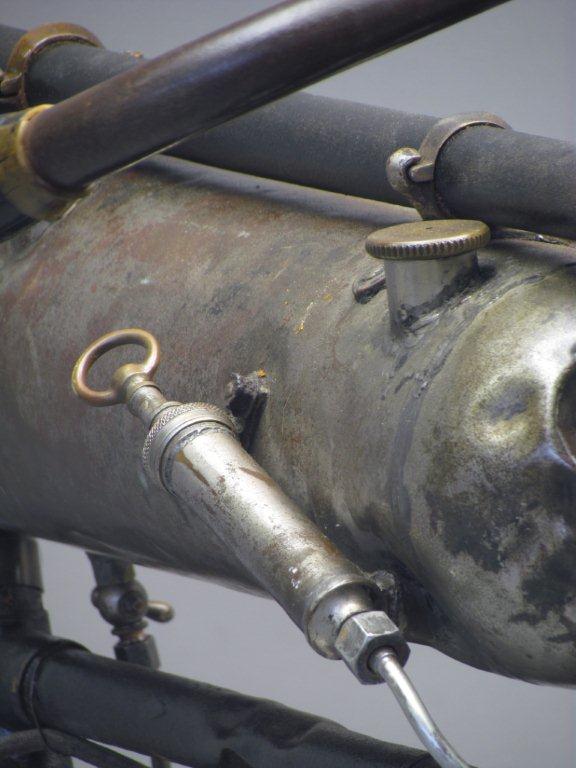 The first motorized Peugeot bicycle was exhibited at the Paris Salon in December 1901.
It was powered by a 1 ½ HP ZL engine, which was clipped to the front down tube and had a displacement of 198 cc. Its weight was only 35 kilograms and a cruising speed of between 25 and 40 km/h was attainable. For 1903 the engine was placed in the “New Werner Position” and now two models were catalogued, one with 2HP ZL engine and the other with Peugeot’s own 2 HP power source, both types having the same cycle parts.
For 1904 the cubic capacity went up to 429 cc.
This particular machine is not a standard touring motorcycle, but a real specialty, an early racer.
To lower its weight the machine was stripped down to its basics with a saddle in racing position, racing handlebars, round fuel/oil tank and foot pegs instead of chain and pedals.
The engine, originally fitted with atmospheric inlet valve, was converted to a cam driven overhead inlet valve to enhance power.
Note the battery fixed to the frame seat tube with leather straps and the large pulley.
This early veteran racing machine has never been restored and is still in a nice complete condition with the patina that is admired by many enthousiasts.