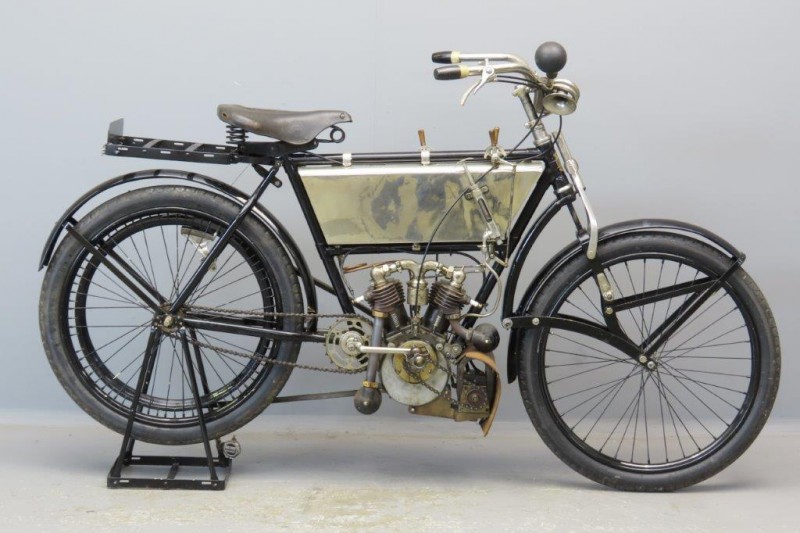 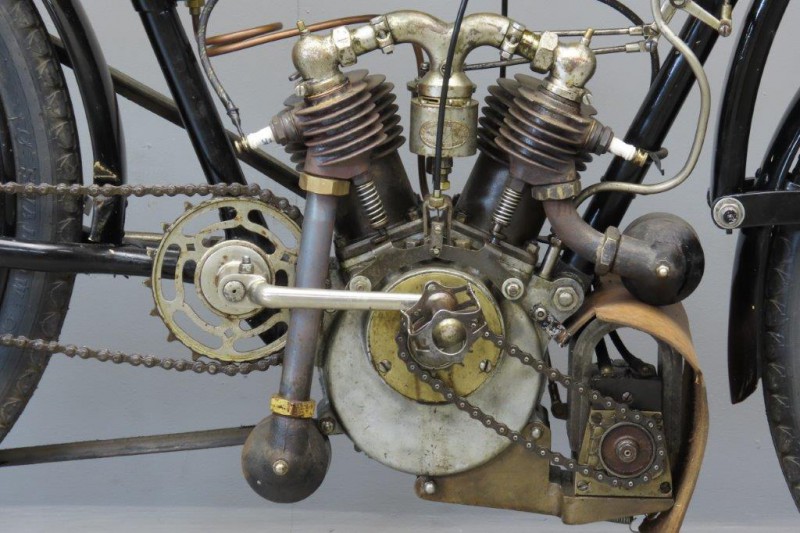 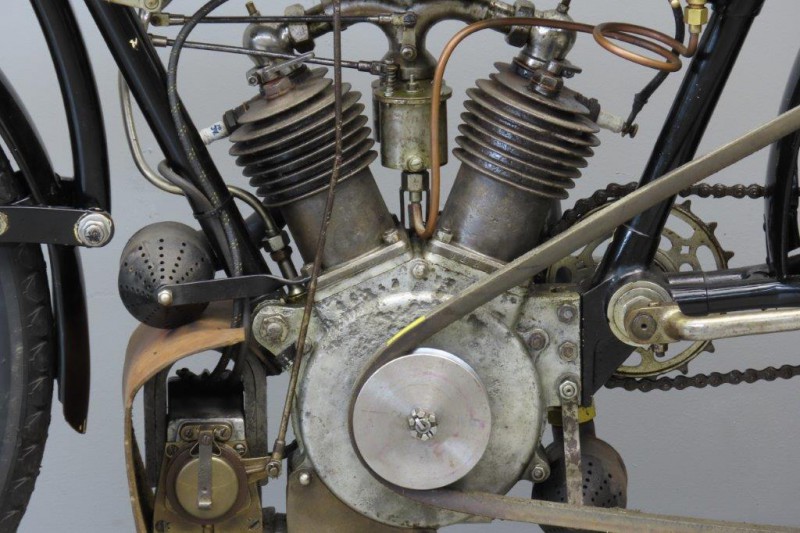 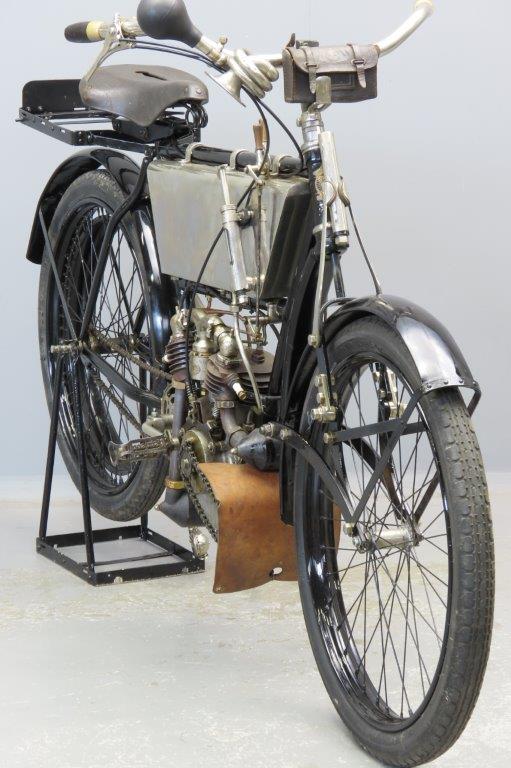 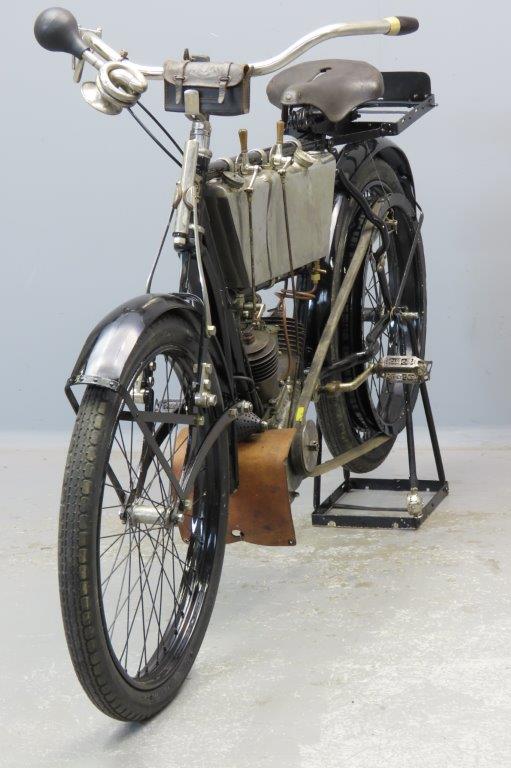 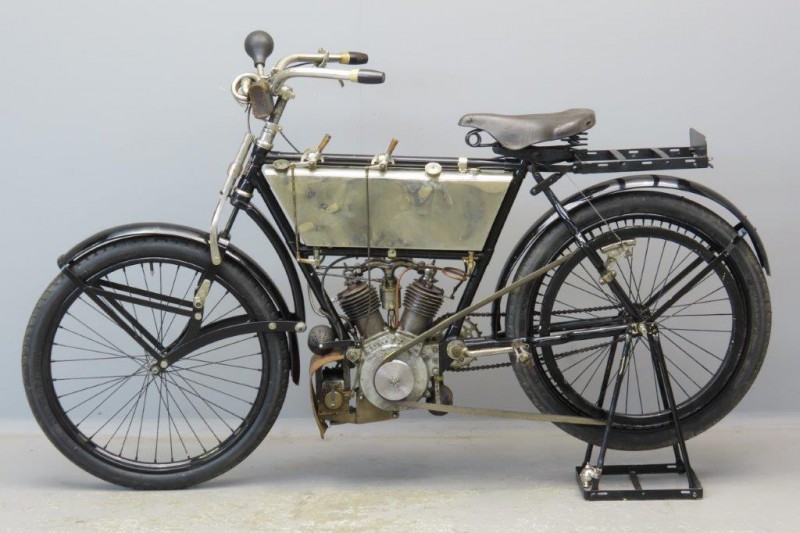 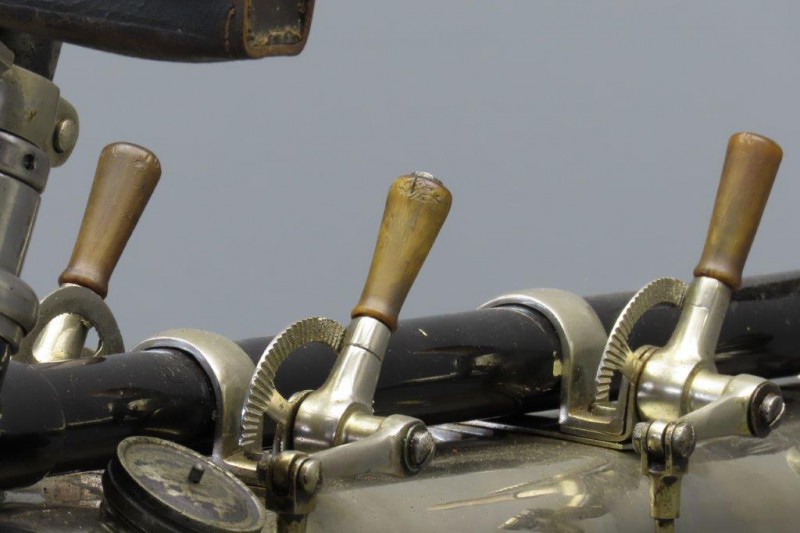 1905 was to be an excellent year for Peugeot: there were lots of successes with speed events and sales were much higher than in 1904.
From the beginning till the mid-twenties Peugeot engines were numbered consecutively: up to 1904 some 5,000 engines were produced, a year later more than 7,000 were added to this amount. The new V-twins attracted a lot of attention.
Peugeot had decided it was high time to market some of these models because of the commercial success that competitor Griffon had had with these engines in the past year and the flexibility in running the twin offered.
Peugeot’s twins were available in capacities of 333, 479, 652 and 985 cc and were fitted with automatic intake valves.
The latter machine was intended as a pacer for cycle racing.
The 479cc machine had bore x stroke of 66x 70mm.
The twins could be fitted with comfortable “Truffault” front suspension, for which Peugeot had secured the production rights and that was available as an extra.
Another practical fitting was the Simms-Bosch magneto ignition; front suspension and magneto ignition would make your machine some 20% more expensive.
Not many of these first-year Peugeot V-twins seem to have survived.
This  partially restored machine comes with Pioneer Certificate and is fitted with the aforementioned extras.