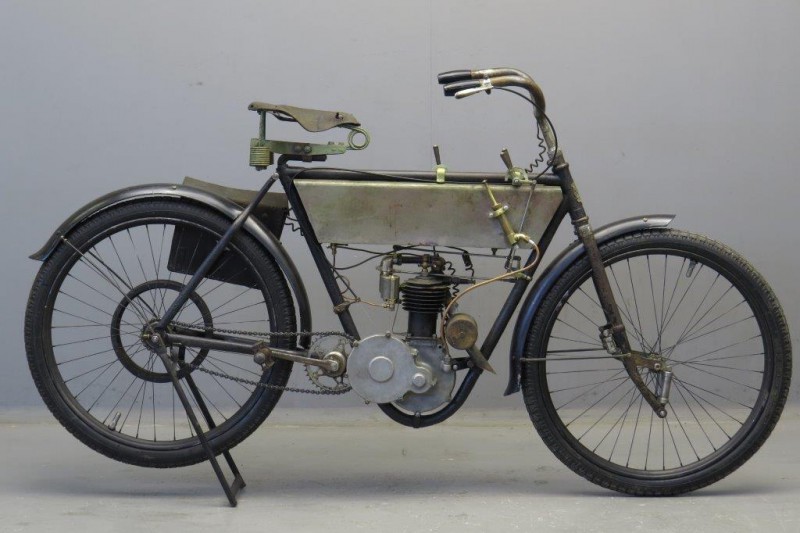 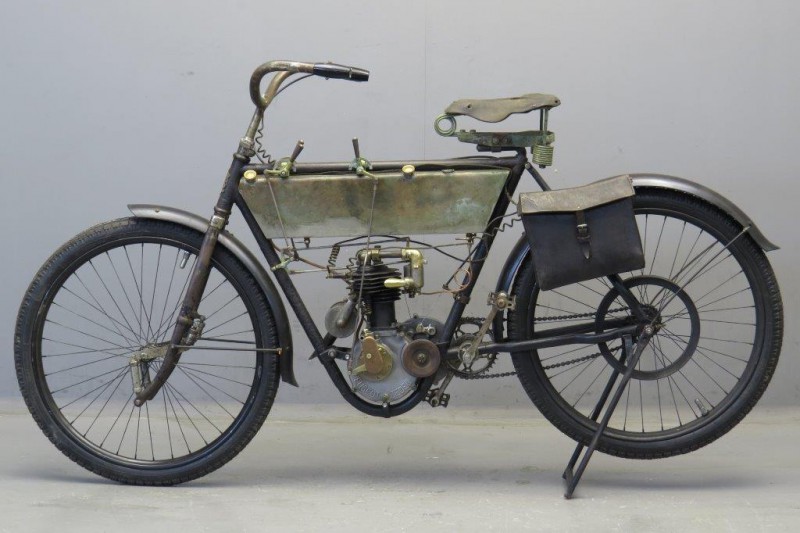 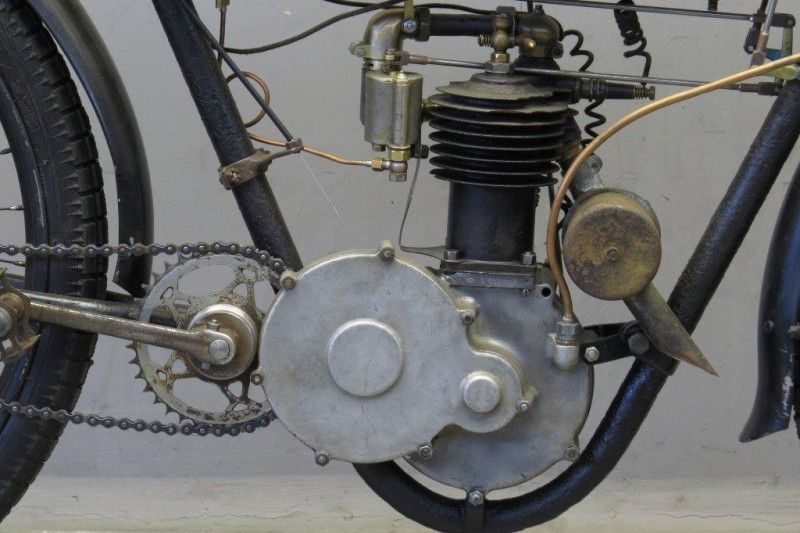 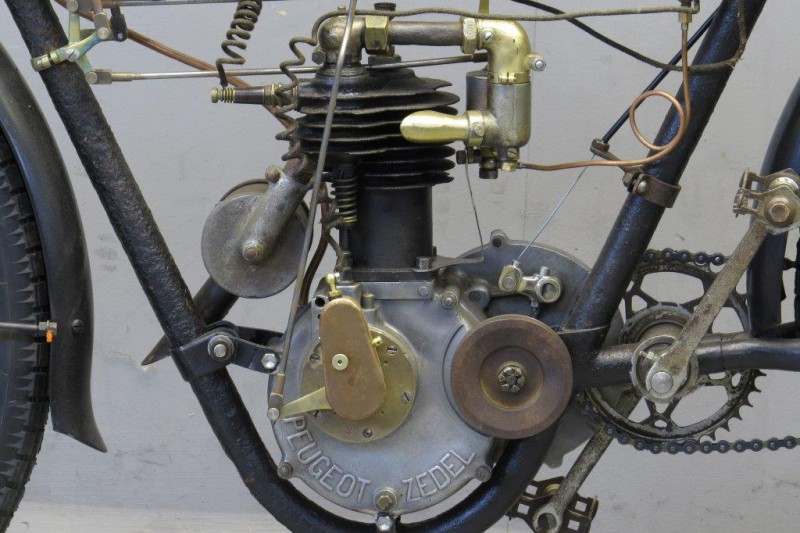 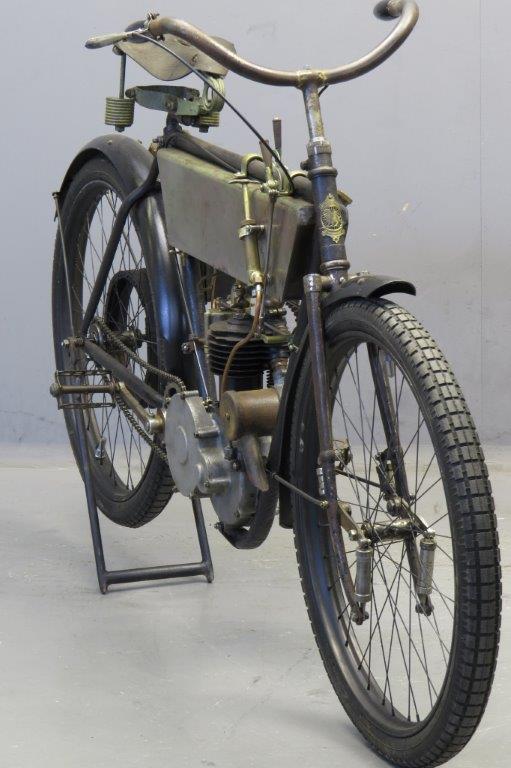 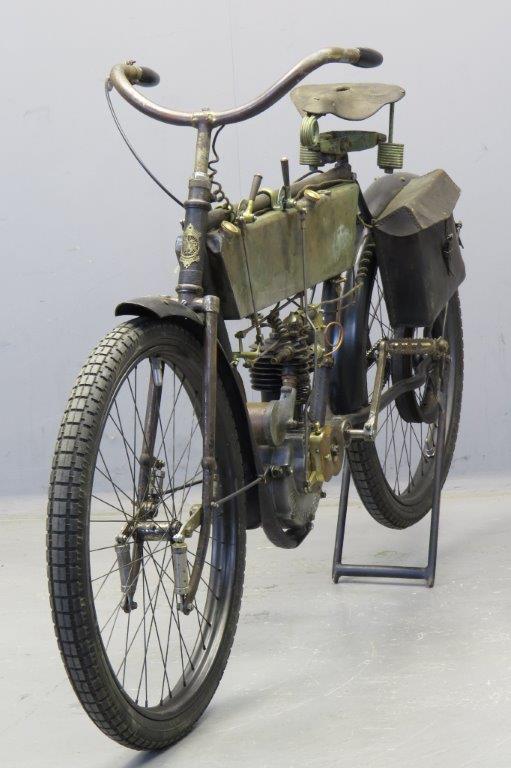 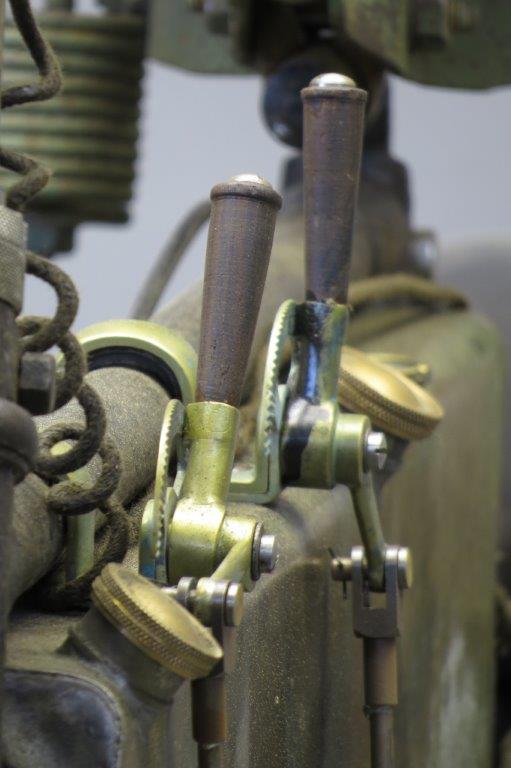 This Peugeot    “ Motocyclette  Légère” or   “ Light Motorcycle”  is quite unlike the usual veteran Peugeot single.
The double sprung  front forks are not of the well-known Truffault principle and the little Peugeot-Zédel engine (64×68) is unusual in that it has a so-called “ démultiplicateur”, a reduction gear which reduces the engine revolutions to a quarter of  the crankshaft speed.
The 1907 catalogue sums up the advantages of the system: lower belt speed and consequently less belt slip, so more efficiency of the engine.
A second important feature is that the radial force that the pulling belt normally exerts on the crankshaft is taken up much better by the reduction gear pulley, so again a reduction in friction.
The factory claims a running speed of about 35 km/h, at which speed the engine turns at a healthy 2000 rpm. Ignition is by battery and coil, weight about 40 kilograms.
This  unusual Peugeot comes in unrestored condition.