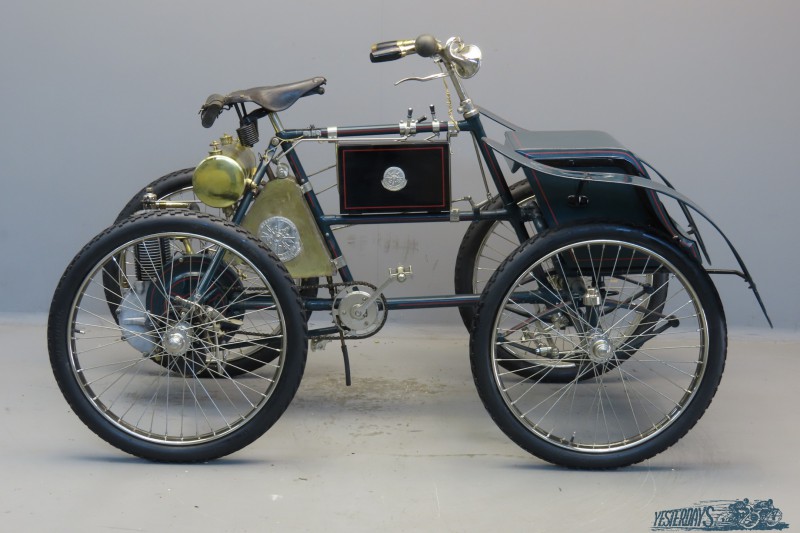 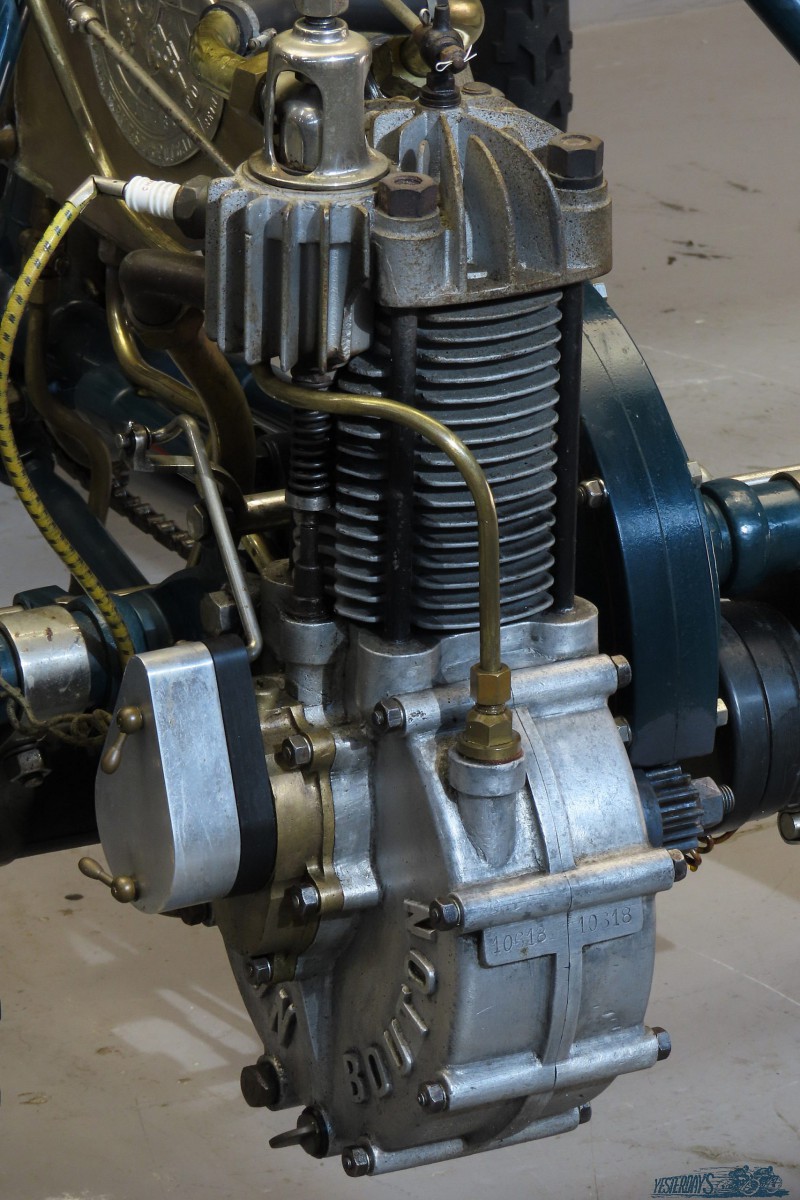 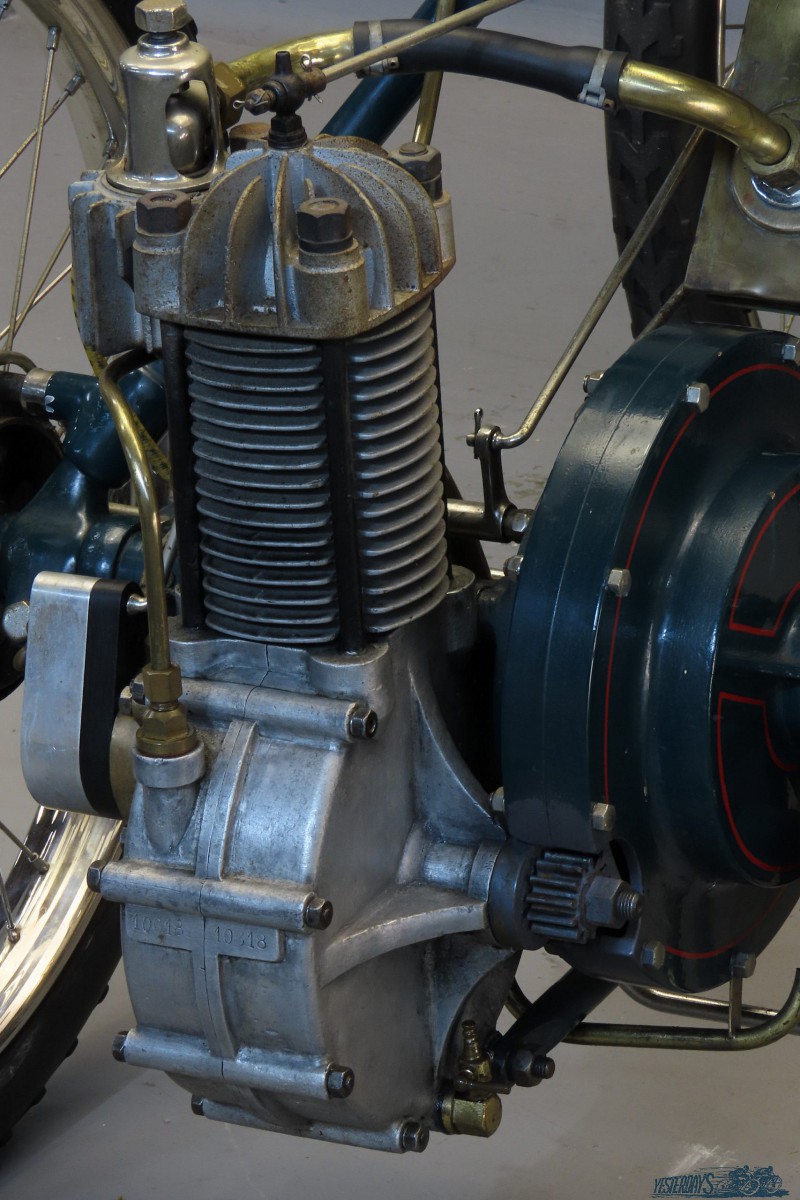 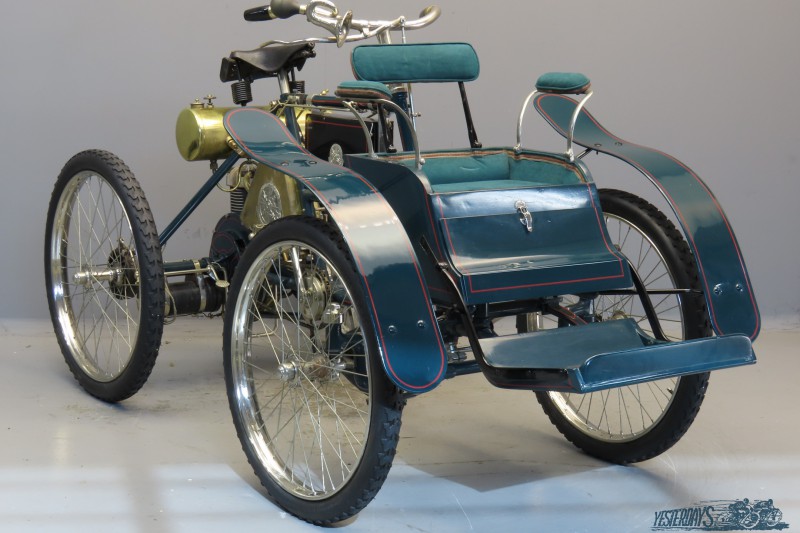 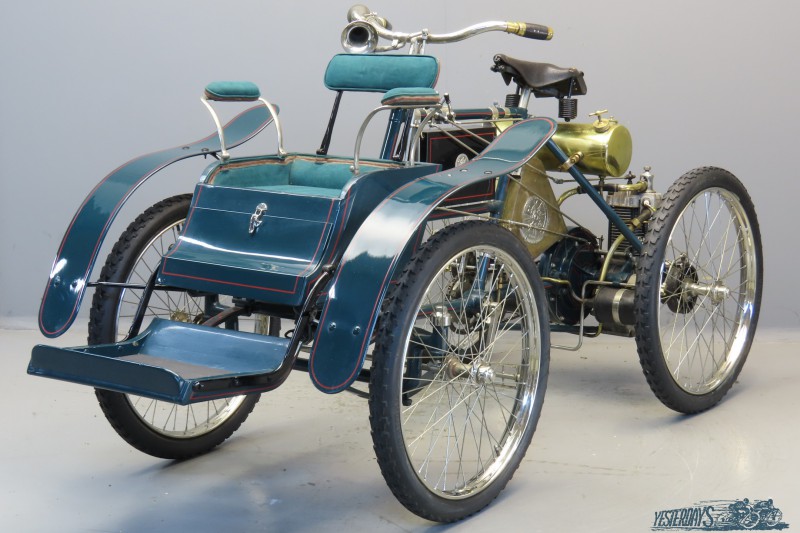 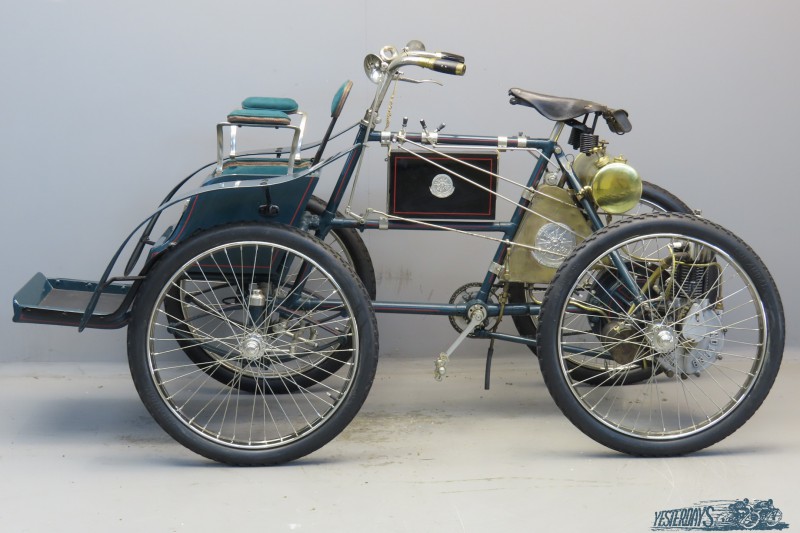 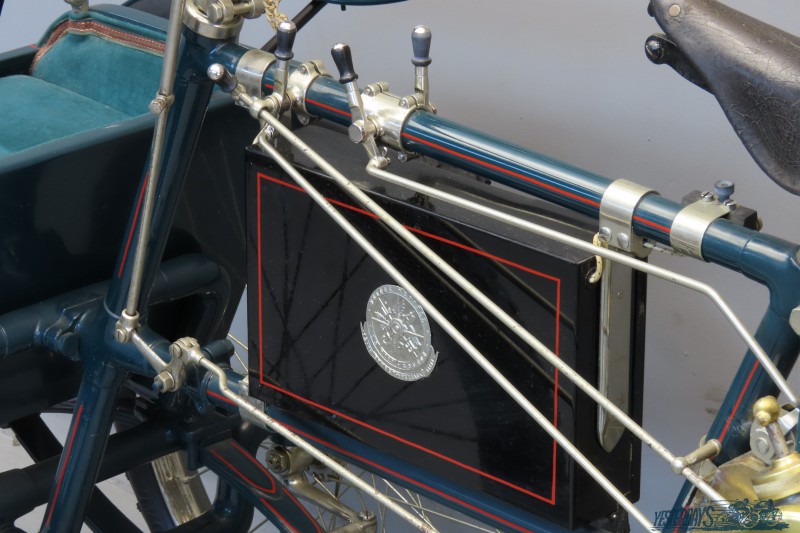 In 1895 De Dion Bouton begins to market motorized tricycles and from the start they are very successful. Year after year the design is improved and soon many manufacturers, big and small, introduce three wheelers, often with De Dion engines. A well-known make at the turn of the century is the Phébus motor tricycle. The marque takes its name from the Greek and Roman sun god, Phoebus (Apollo). The vehicles are produced by the Anglo-French Clément-Gladiator-Humber conglomerate in the Parisian suburb Suresnes under the direction of Noé Boyer. In 1898 the first tricycles are brought out and remarkable successes are achieved. Initially Aster engines are used, later models are equipped with De Dion Bouton power sources. Rider Marcellin attracts much attention for the make when he finishes before a number of cars in the 1443 km long Paris-Amsterdam-Paris race. The company’s 1899 sales catalogue presents, next to various types of pedal cycles, a touring tricycle, a racing tricycle, a tricycle with fore car and a quadricycle. Because of the well-spung construction of the front passenger’s seat it is christened “Berceuze”, meaning “easy chair”. The company also produces a number of light cars, but by 1903 the firm closes down.
Early quadricycles are very rare because of their relatively delicate construction. The Berceuze we present here is fitted with a 70x70mm De Dion Bouton engine that has a power rating of 2¼ HP and is fed by a De Dion surface carburettor. The passenger’s seat has an ingenious folding construction so that when riding without passenger the front of the machine is transformed in an elegantly shaped box, which gives the impression of a bonnet. Stopping power is provided by foot-operated contracting band brakes on both rear wheels and a hand brake that works on a drum in the differential housing.
This Phébus was owned by a wealthy doctors family in Biarritz in the South West of France, nearby the Spanish border. Since the 70’s a friend of the former owner who lived nearby Biarritz knew of its existence but the son of the first owner didn’t want to part with it. When this person passed away at the age of 98 in the early 90s his inheritors accepted to sell the Phébus and it has been in the former owner’s possession for some 30 years. In 1996, when the restoration was completed, the quadricycle was dated 1899 by the Veteran Car Club of Great Britain. The machine is road-registered and in good running condition. The former owner provided a very extensive information file with technical drawings of various parts, running instructions, dozens of photos that were taken before restoration, various correspondence and historical press clippings.