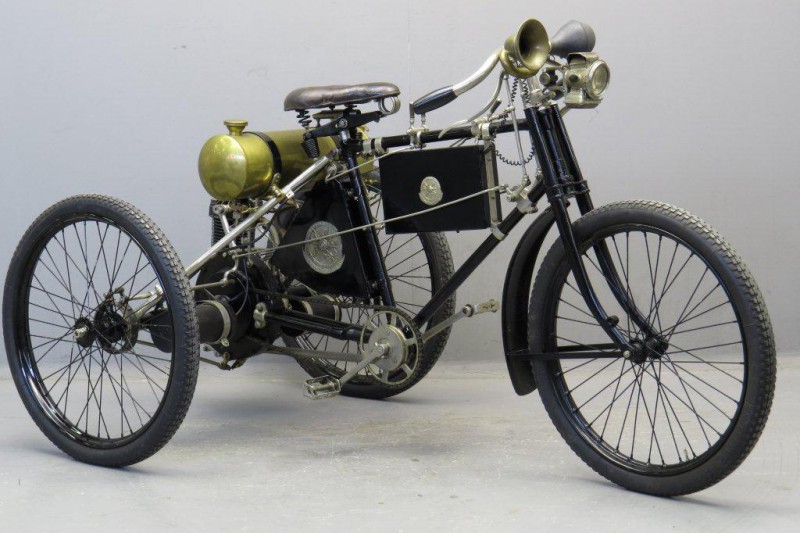 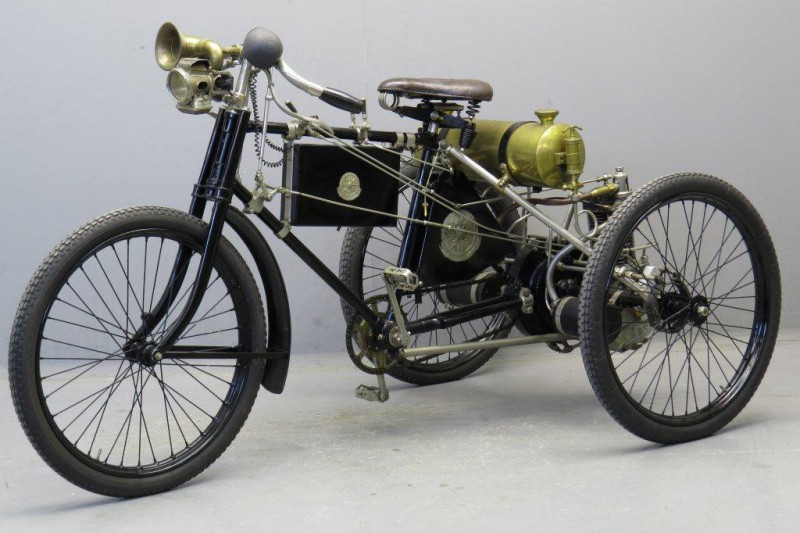 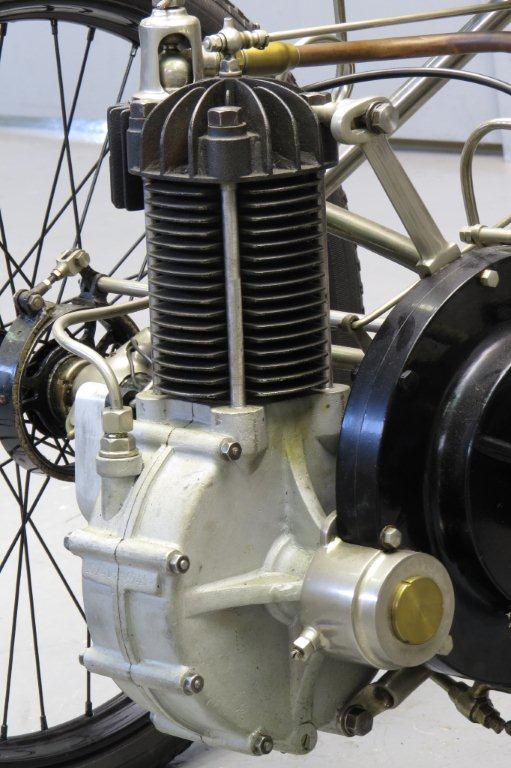 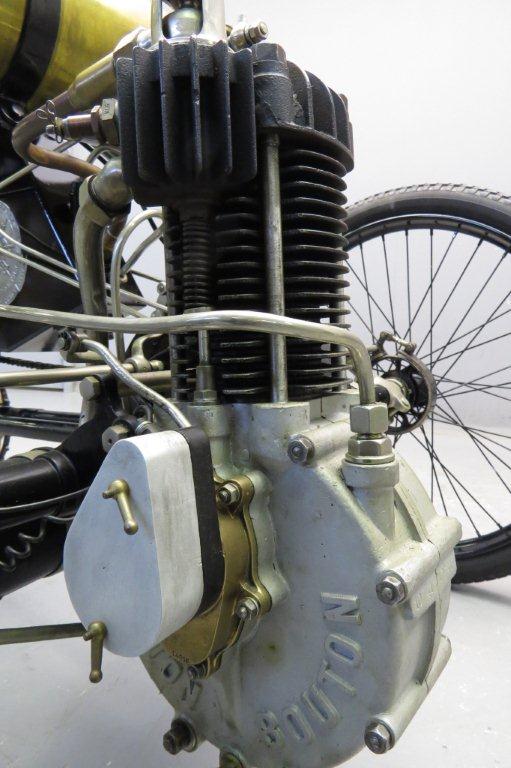 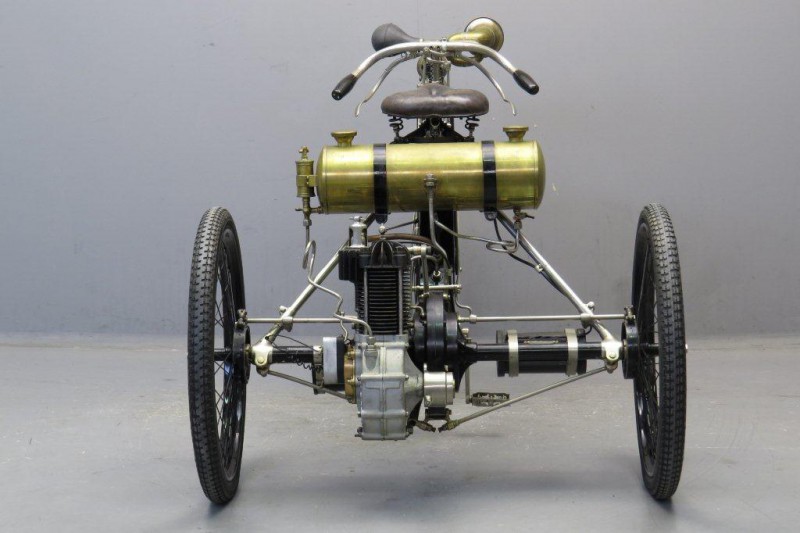 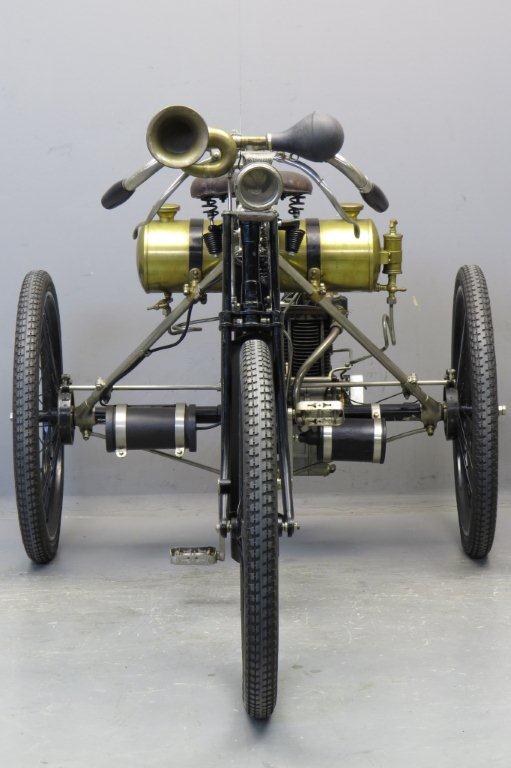 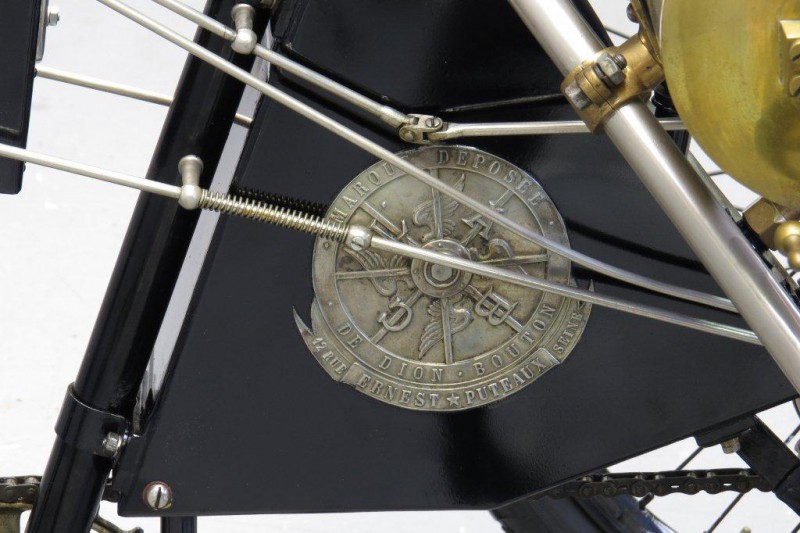 In 1895 De Dion Bouton began to market motorized tricycles and from the start they were very successful.
Year after year the design was improved and soon many manufacturers, big and small, introduced three wheelers, often with De Dion engines.
A well-known make at the turn of the century was the Phébus motor tricycle.
The marque took its name from the Greek and Roman sun god, Phoebus (Apollo).
The vehicles were produced by the Anglo-French Clément-Gladiator-Humber conglomerate under the direction of Noé Boyer.
The 2 ¾ HP Phébus motor tricycles rose to fame in 1899 when England’s first successful racing motorist, Charles Jarrott, reached the then astounding speed of 39 mph (63 km/h) at the Crystal Palace velodrome.
In a similar fashion the French rider Beconnais won the Coupe des Motocycles de l’Automobile-Club de France in 1899 on a Phébus tricycle, after covering 100 km (62 miles) in 1 hr 46 mins, at an average speed of 35.4 mph (57 km/h).
Dated c. 1903 this very rare Phébus tricycle is fitted with an air cooled 326cc (74×76 mm) De Dion Bouton single-cylinder engine rated at 2¾hp that is fed by a de Dion Bouton surface carburettor.
The longer than usual frame features a slightly sloping upper frame tube, which allows a more forward and lower saddle position and gives the benefit of a lower centre of gravity.
Anyone who has ever driven a tricycle knows that the tendency to a wheelie is always present when the driver is not in the saddle: in that situation there is little weight on the front end.
So a push start can be a tricky business as the tricycle easily lifts its front end and the rear wheels gallop away.
The machine was found in Belgium some 30 years ago and was in good unrestored condition when acquired.
About 25 years ago it has been treated to a complete restoration by a renowned specialist and was subsequently in a private Belgian collection for many years.
Geared for speeds in excess of 30mph, this Phébus is eligible for both the RAC London to Brighton and Sunbeam Motor Cycle Club Pioneer runs.