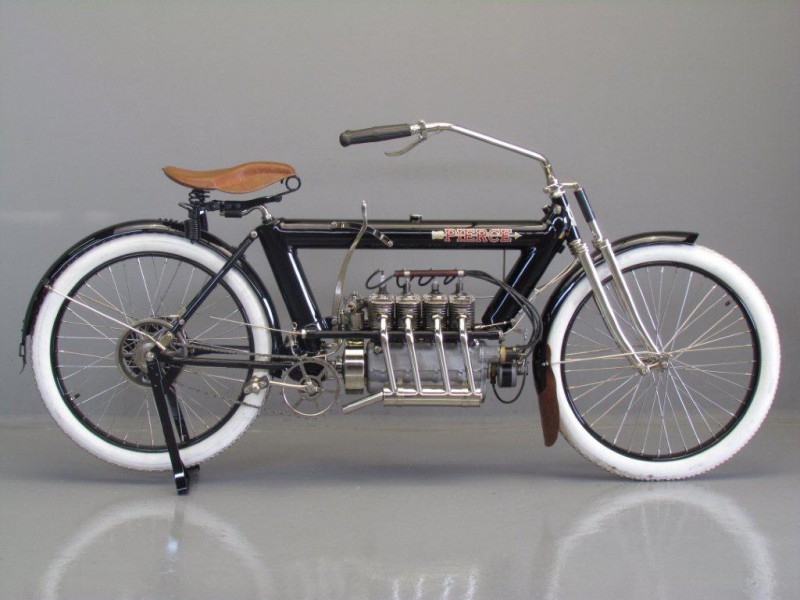 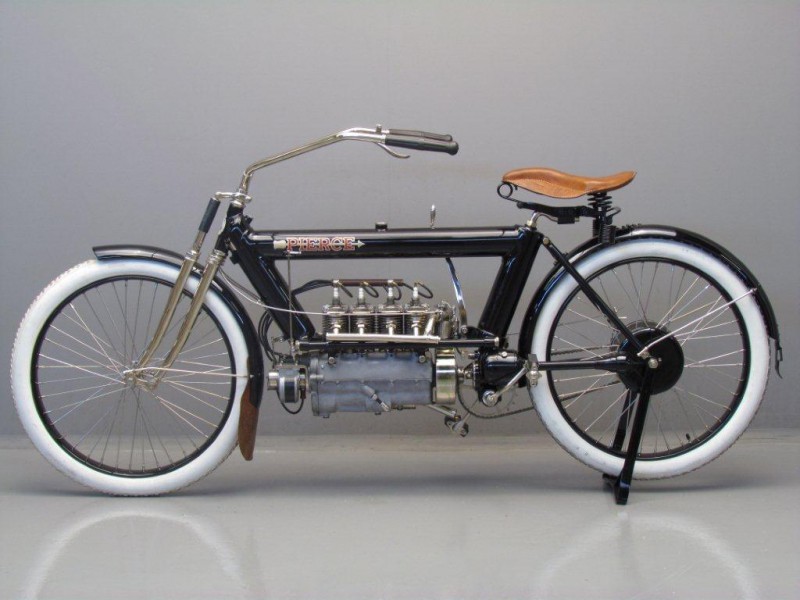 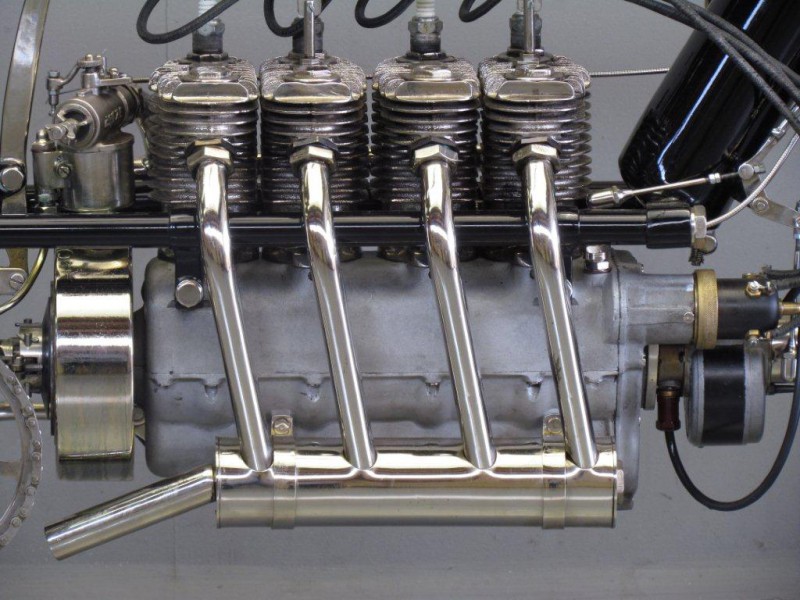 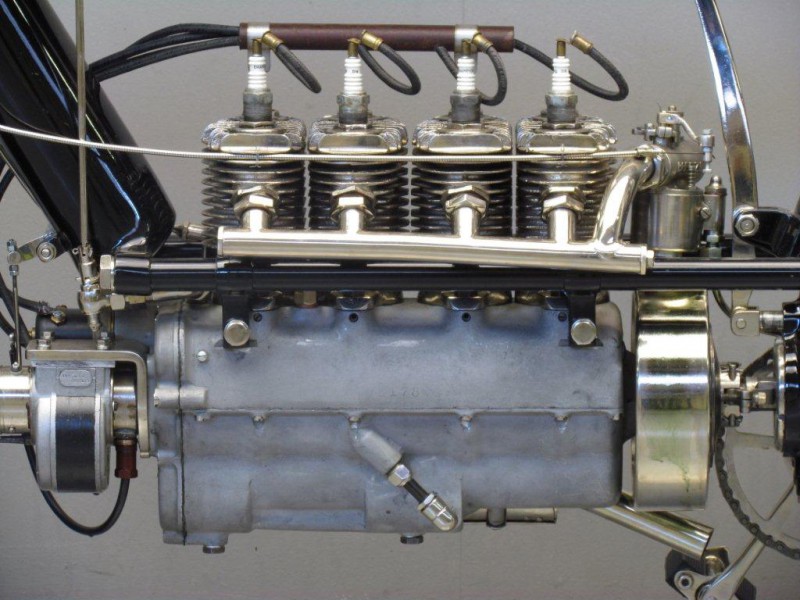 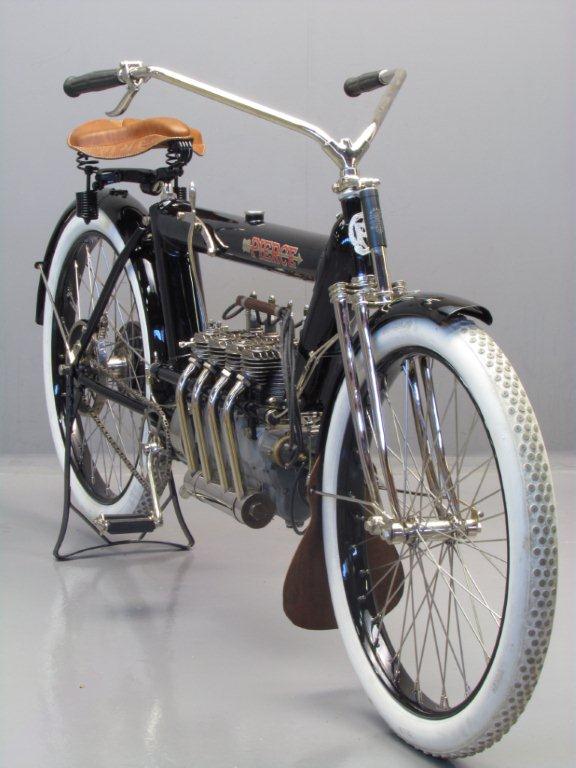 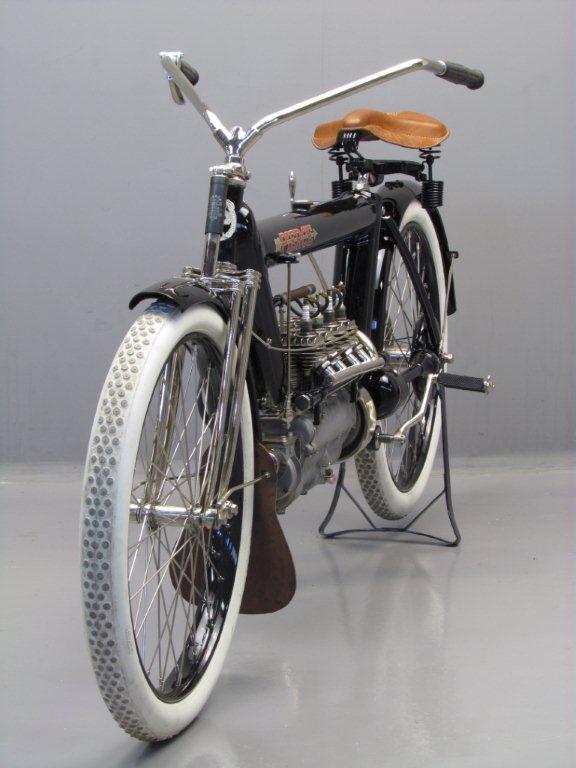 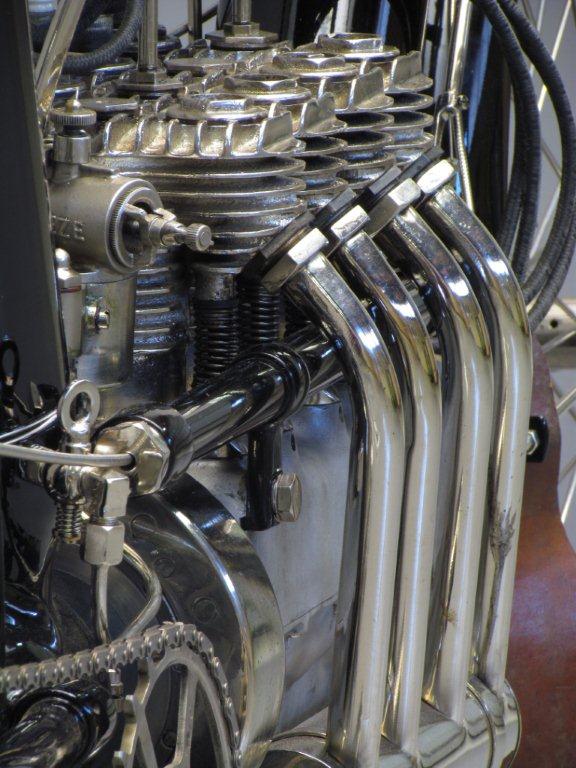 America’s first four-cylinder motorcycle, the Pierce, was manufactured by the Pierce Cycle Company at its factory in Buffalo, New York.
This company was headed by Percy Pierce, only son of George Pierce, owner of the Pierce-Arrow  Motor Car Company.
Although inspired by the Belgian FN four, one of which Percy Pierce had brought to the USA in 1908, the Pierce differed in detail design, its engine eschewing the FN’s atmospheric inlet valves in favour of mechanical side valves in T-head  configuration.
According to its makers the Pierce would be vibrationless, give motorcar comfort and travel comfortably from a mere walking pace up to the speed of the motorcar .
It was not just its multi-cylinder engine that made the Pierce unusual ; the frame too was novel, being constructed from 3.5inch-diameter steel tubes that housed fuel and oil. Like the FN, final drive was by shaft.
Early models employed direct drive, but from 1910 onwards a two-speed gearbox was standardised.
Fast and well made, the Pierce soon had a string of city-to-city endurance race wins to its credit.
At the time of its motorcycle’s launch in 1909, Pierce-Arrow was embarking on a policy of building luxury cars only, many of which would come to be regarded as America’s finest.
This approach was reflected in the quality and cost of the Pierce motorcycle and would ultimately lead to its downfall.
Priced at $325 in 1909, it cost $400 when production ceased in 1913, at which time the basic Ford Model T cost $525.
Pierces are very rare and highly sought after nowadays, only infrequently turning up on the open market.
This Pierce has been restored to a high standard using as many original parts as possible.
The machine was on static display for some time in a private collection and in spite of its good running condition was rarely used on the road. A copy of a 1911 Pierce sales catalogue comes with it.