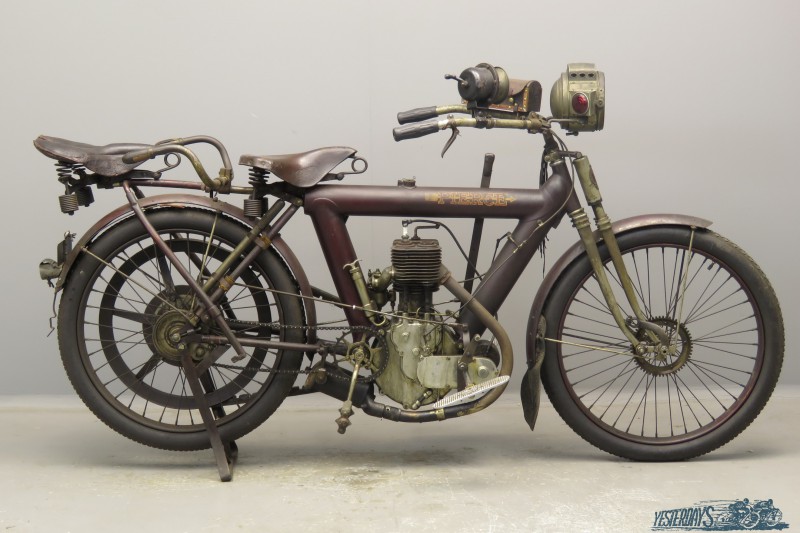 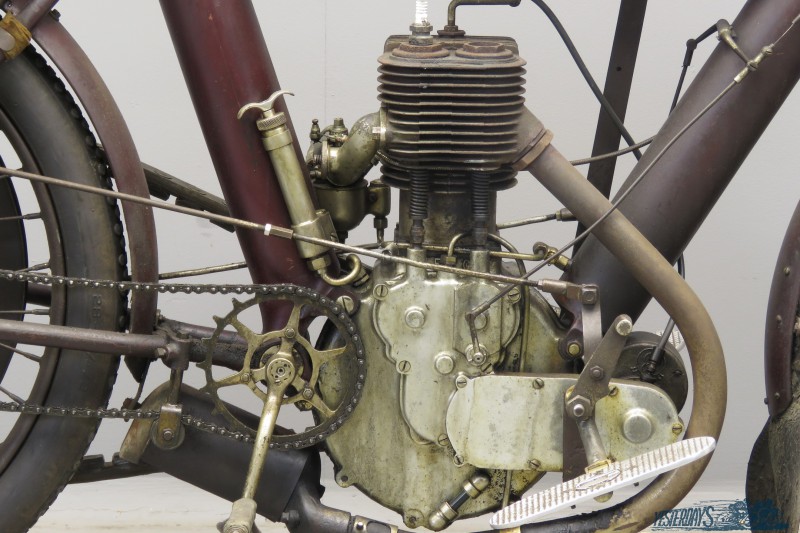 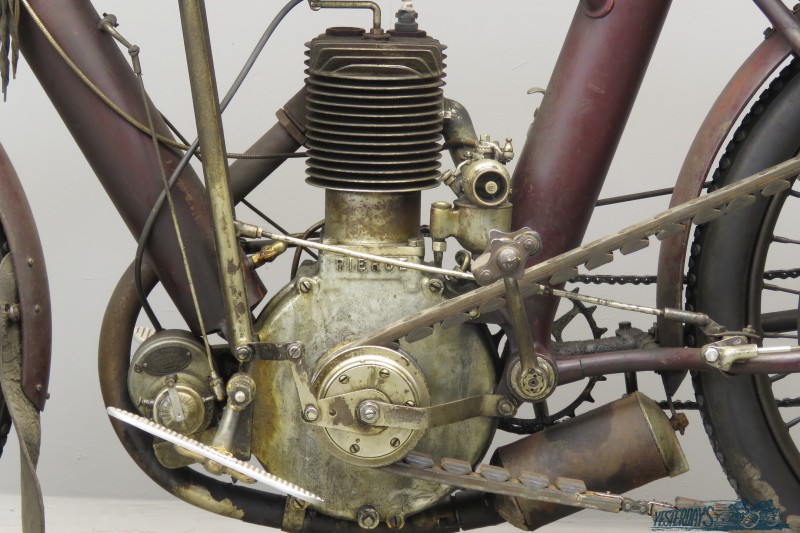 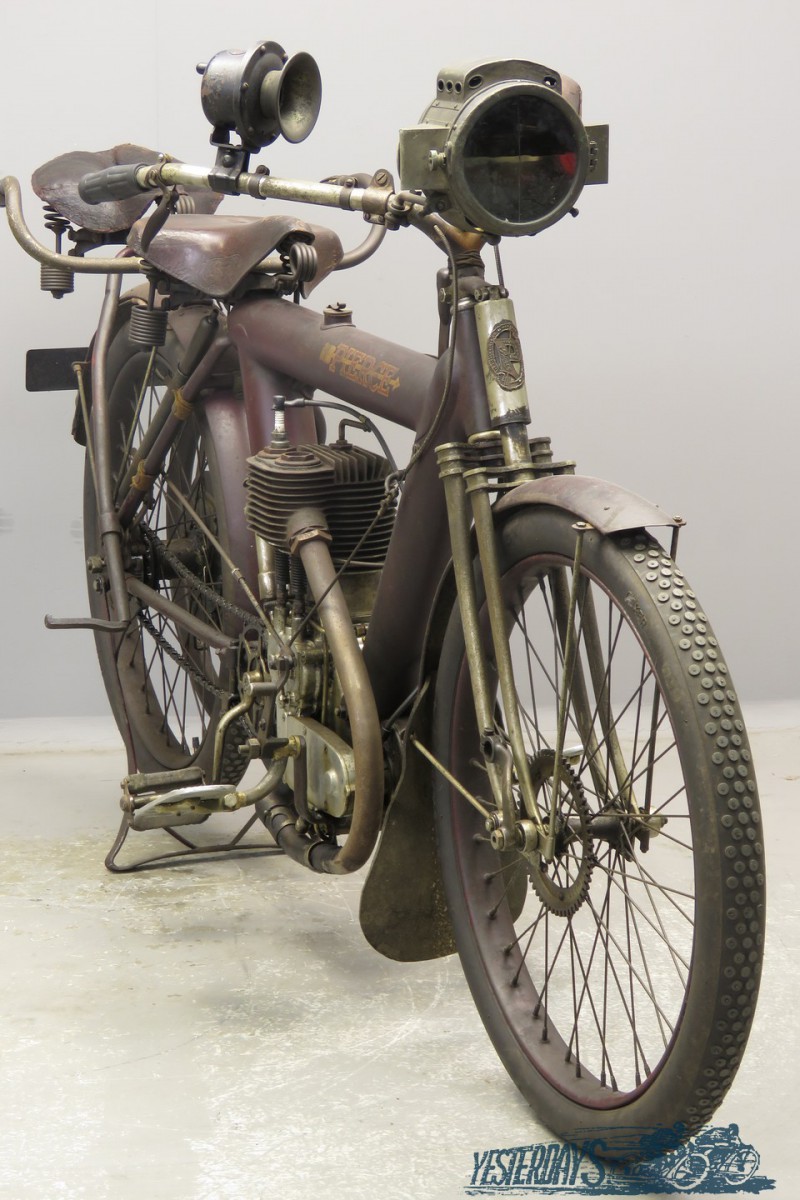 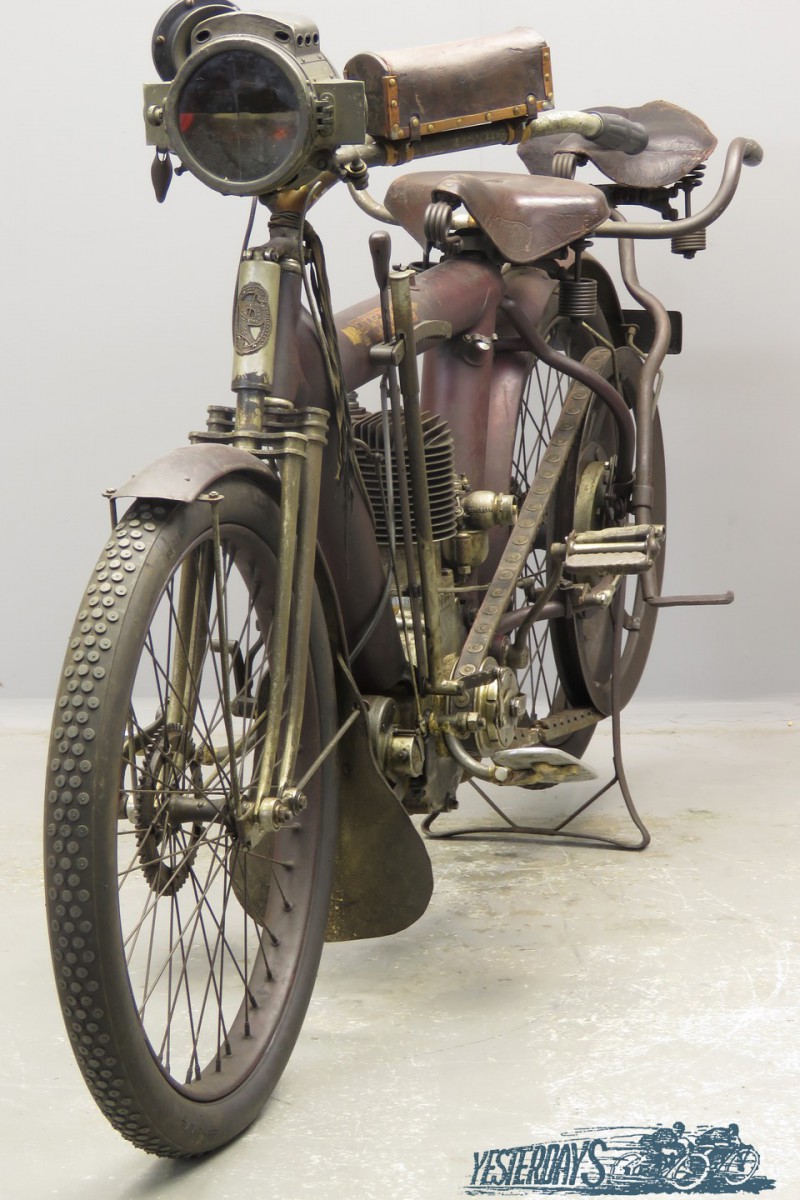 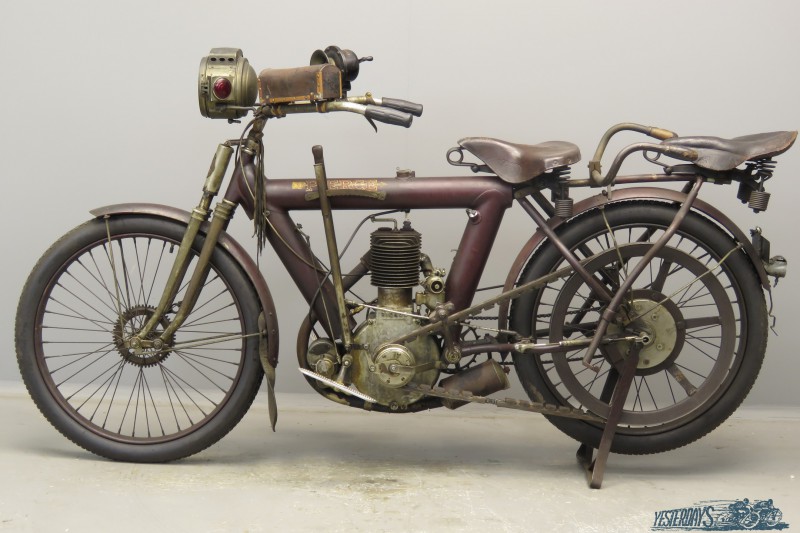 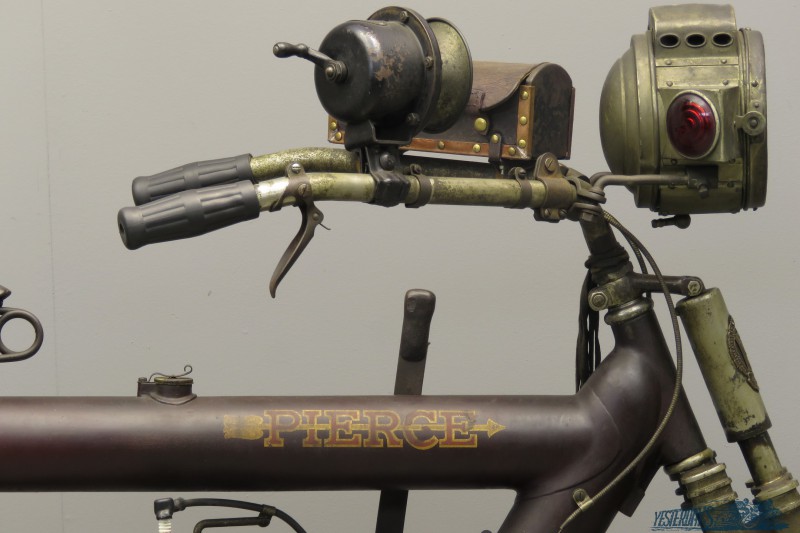 The Pierce-Arrow Motor Car Company has the distinction of building America’s first four-cylinder motorcycle.
Manufactured at the company’s factory in Buffalo, New York, the four-cylinder Pierce was launched in 1909.
Although inspired by the Belgian FN four, one of which Percy Pierce had brought to the USA in 1908, the Pierce differed in detail design, its engine eschewing the FN’s ‘atmospheric’ inlet valves in favour of mechanical side valves in ‘T-head’ configuration, a arrangement FN themselves would later use.
According to its makers, the Pierce would be: ‘Vibrationless, give motor car comfort and travel comfortably from a mere walking pace up to the speed of the motor car’, and capable of proceeding from 6 to 60mph in its single gear.
The ‘Vibrationless’ name would later include the single-cylinder models that followed.

It was not just its multi-cylinder engine that made the Pierce unusual; the frame too was novel, being constructed from 3½”-diameter steel tubes that housed fuel and oil, and, like the FN, final drive was by shaft.
Early models employed direct drive, but from 1910 onwards a two-speed gearbox was standardised.
Fast and well made, the Pierce soon had a string of city-to-city endurance race wins to its credit.
At the time of its motorcycle’s launch in 1909, Pierce-Arrow was embarking on a policy of building luxury cars only, many of which would come to be regarded as among America’s finest.
This approach was reflected in the quality – and cost – of the Pierce four and would ultimately lead to its downfall. Priced at $325 in 1909, it cost $400 when production ceased in 1913, at which time the basic Ford Model T was priced at $525.

Alongside the four, Pierce offered a 592cc single-cylinder model from 1910, the frame of which was constructed along lines similar to the four’s. For 1912, the single’s side valve motor was redesigned with two-cam valve operation and a longer stroke (giving a capacity of 644cc).
A top speed of 55mph was claimed for the smaller Pierce, which was said to have the ‘efficiency of a twin with the simplicity of single-cylinder construction.’
Production ceased at the same time as that of the four.

This Pierce single’s original owner was Roy Walter Glaser, who was born in August 1893 in the Hartwell/ Wyoming area of Greater Cincinnati, Ohio, USA.
Mr. Glaser worked for the Baltimore and Ohio Railroad as a signalman until his retirement.
A resident of Lockland, Ohio, he never married and had no children.
Upon Roy Glaser’s passing in November 1984, the estate was split among his sister and her children.
When the Pierce was offered for sale at a Las Vegas motorcycle auction in January 2013, this remarkable machine had been in the family’s possession for over 100 years.
Outstandingly original and unmolested, the Pierce retains its original Mesinger cavalry saddle.
Factory options include the pillion seat and passenger footrests ($18.00) while also installed is an Old Sol Brand acetylene headlamp with beautiful red side-jewels and tail lamp ($5.00), A Seiss hand-cranked horn (manufactured 1914) is attached to the handlebars.
This Pierce was also subject in the US TV series “What`s in the barn” where the late Dale Walksler of the Wheels Through Time Museum, “discovers” the machine at the original owners family.