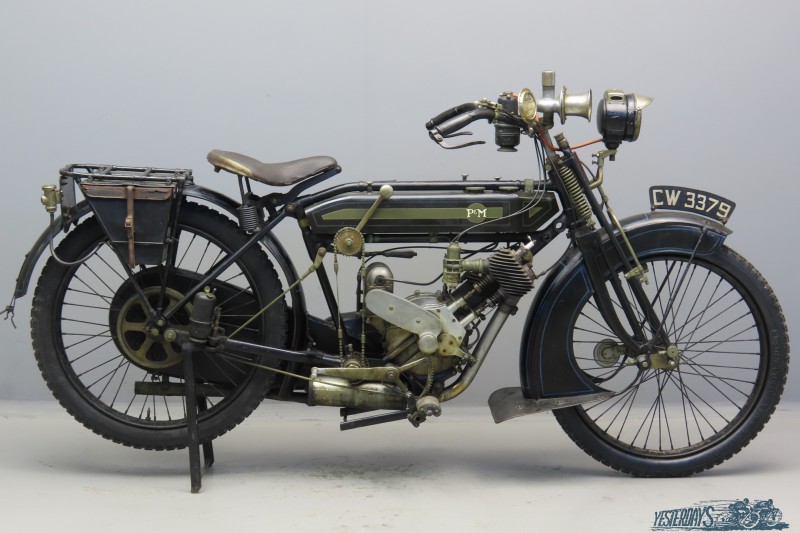 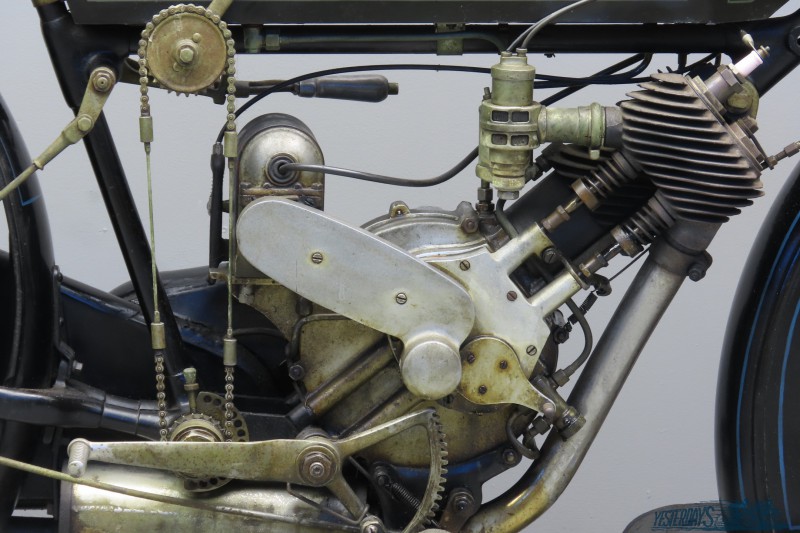 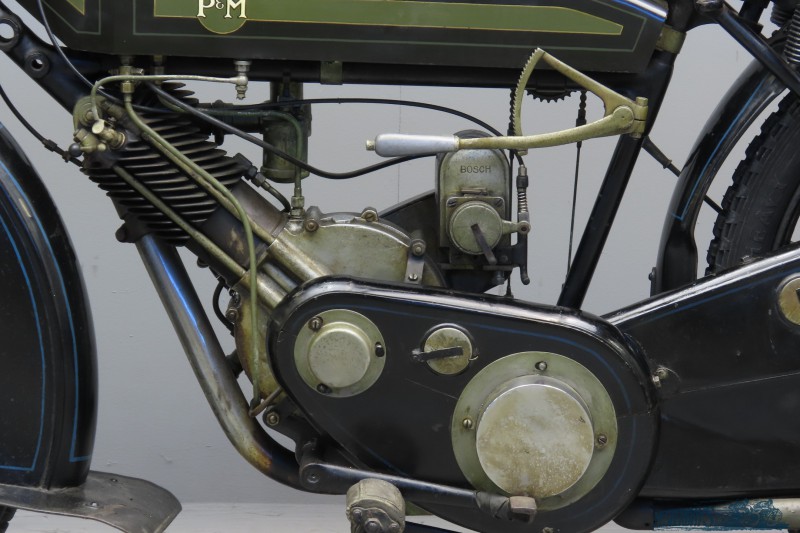 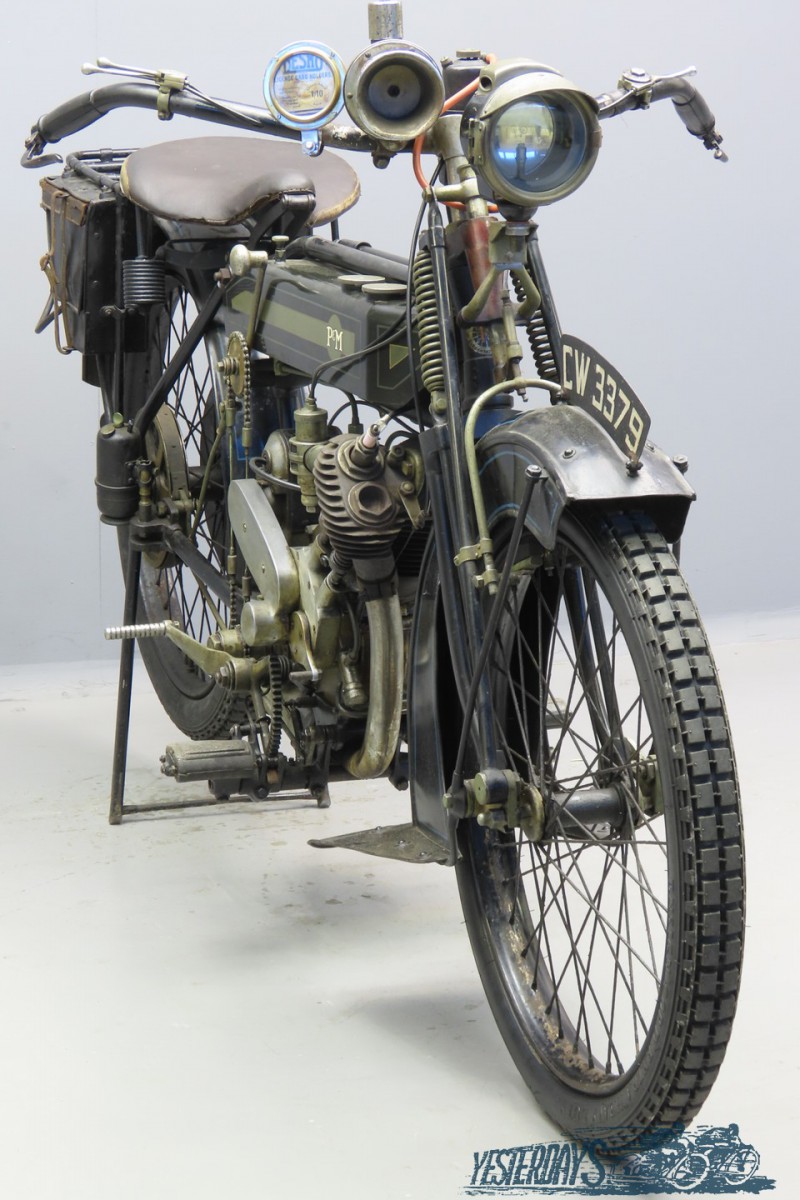 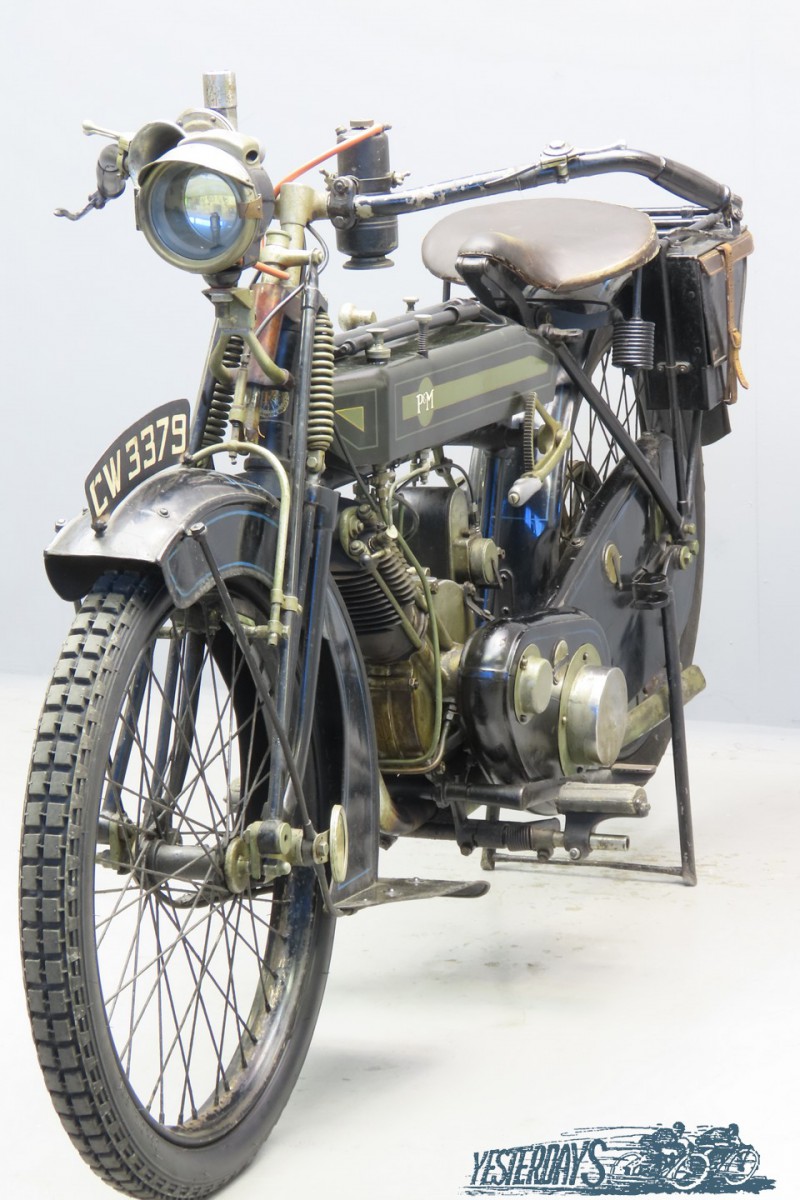 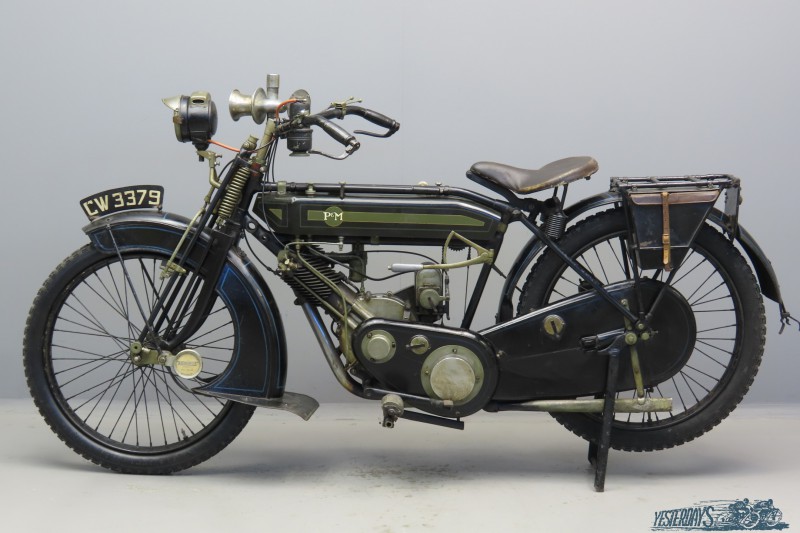 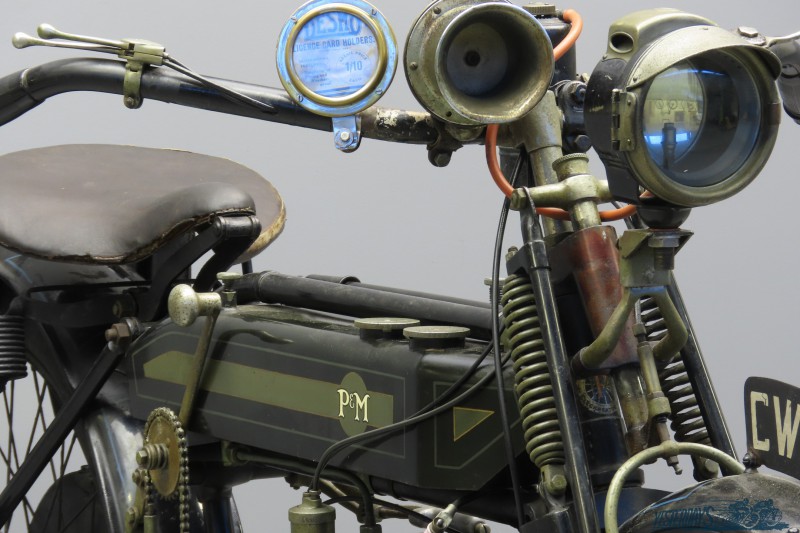 Phelon & Moore (P&M) was founded in Cleckheaton, South Yorkshire in 1904.
Joah C. Phelon, partner with Harry Rayner in a small engineering business in the town, had built his first prototype motorcycle in 1900, the rights to which were bought by the Humber company.
Following Rayner’s untimely death in 1903 Phelon entered into a fresh partnership with Richard Moore.
Phelon’s first designs had featured engines with inclined cylinders forming part of the frame, and this trademark arrangement was continued by the newly formed P&M.
One of the fledgling firm’s first developments was a two-speed primary gear consisting of a pair of chains and a selective clutch, which would remain a P&M feature into the early 1920s.
Mainstay of production prior to WWI was a 3½hp single that would be progressively developed, gaining magneto ignition, a contracting band rear brake, P&M’s own front fork and a mechanical inlet valve as the years passed.
By 1914 the rear chain was completely enclosed (standard models up to 1913 had no rear chain guard), the two speed gear was also fully protected by a closed cover and the front mudguarding had become more elaborate.
When war broke out in August 1914, the 3½hp P&M, which had been undergoing assessment by the War Office prior to the commencement of hostilities, was chosen as official motorcycle transport for the newly formed Royal Flying Corps.
The Show Forecast of “The Motor Cycle” dated November 20, 1919 describes the 1920 P&M on pages 599 and 600 and relates in detail the improvements that have been made.
Some important ones are a redesigned cylinder with large air space between the valve chamber and cylinder, enlarged valves, mechanical oil pump, new design of kick starter and spacious tool bags.
A special feature is the ratchet brake that is interconnected with the band brake on the rear wheel, a handy device for sidecar combinations.
“CW3379” was first registered in the Burnley area and has survived its 100+ years of existence remarkably well: the machine is in excellent original condition with most of the enamel and nickel being authentic.
The former owner praises the excellent band brake and the silence of the smooth engine.
The machine is well-equipped with Lucas acetylene lighting, Cowey hand horn and tyre pump.