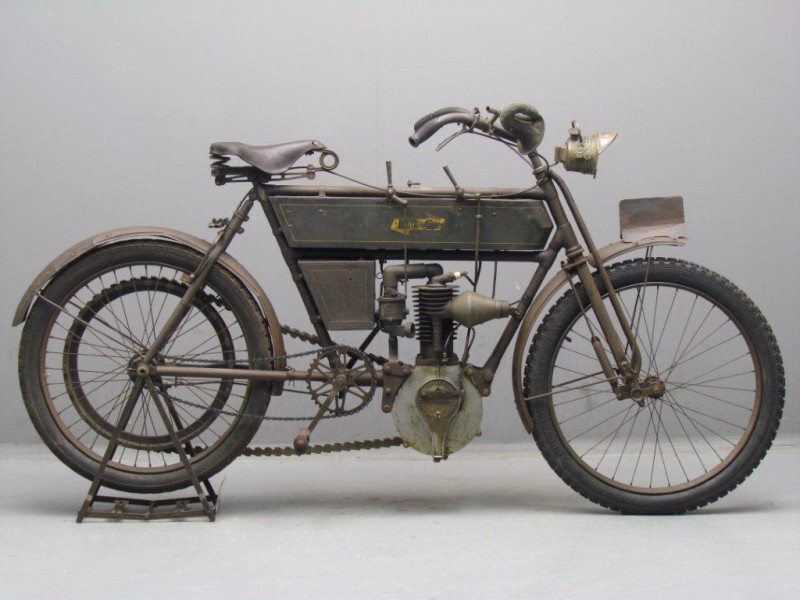 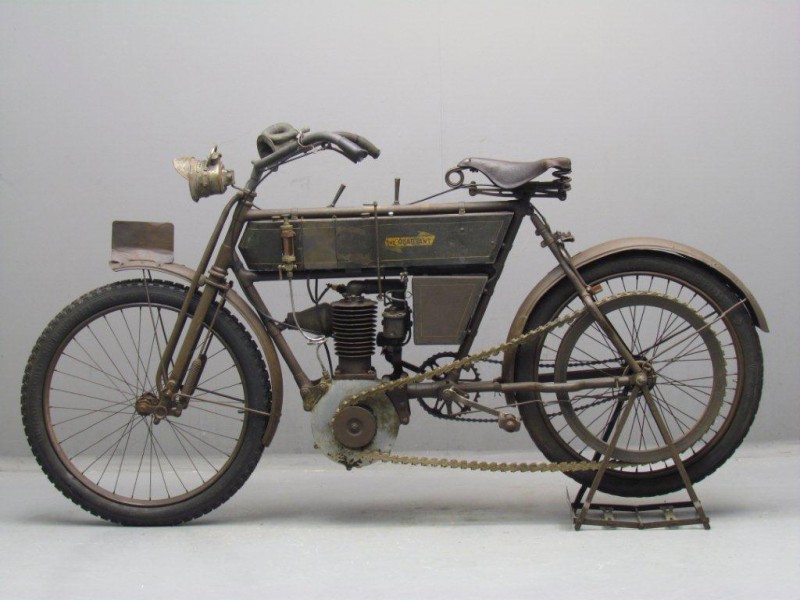 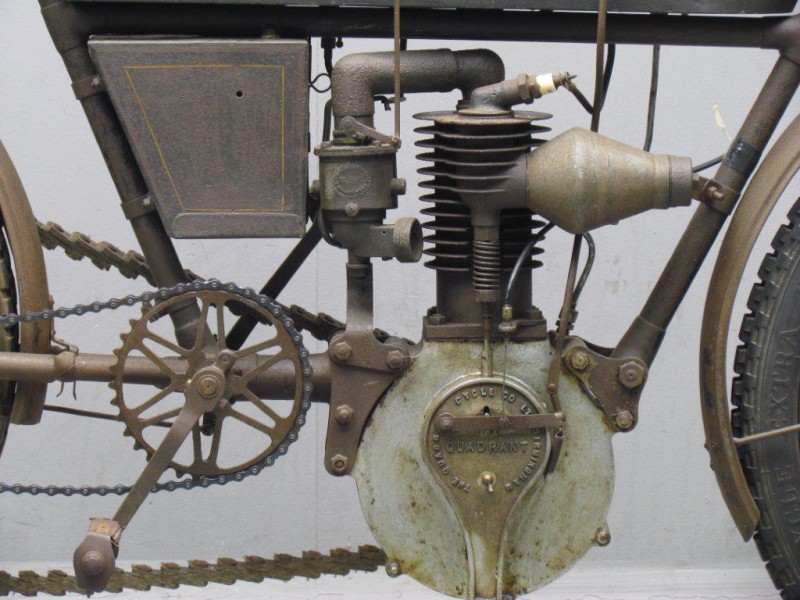 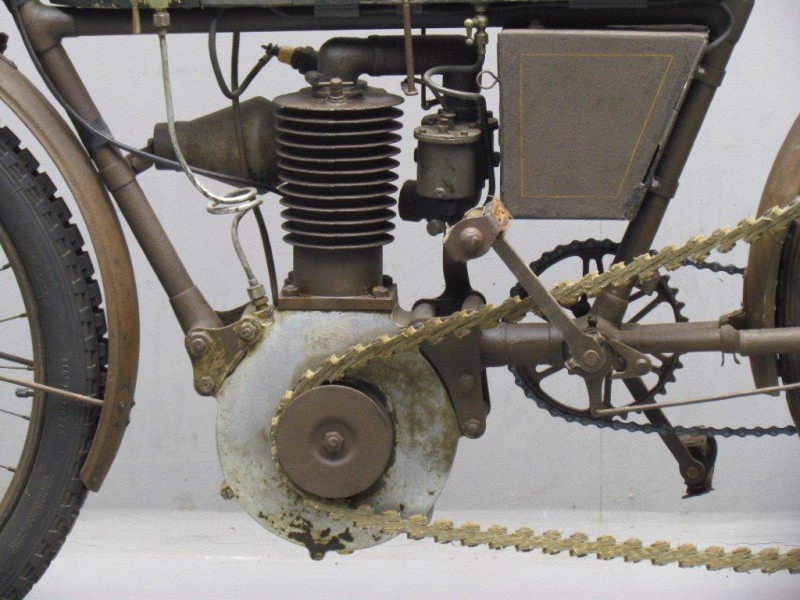 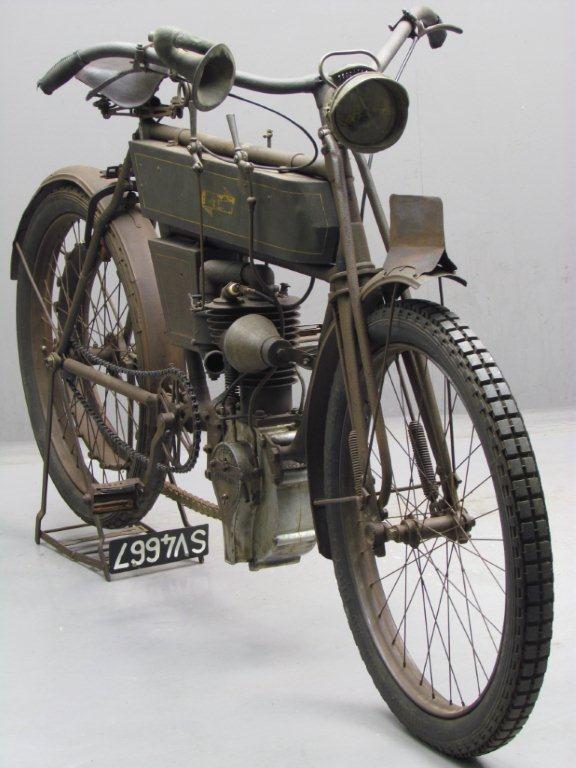 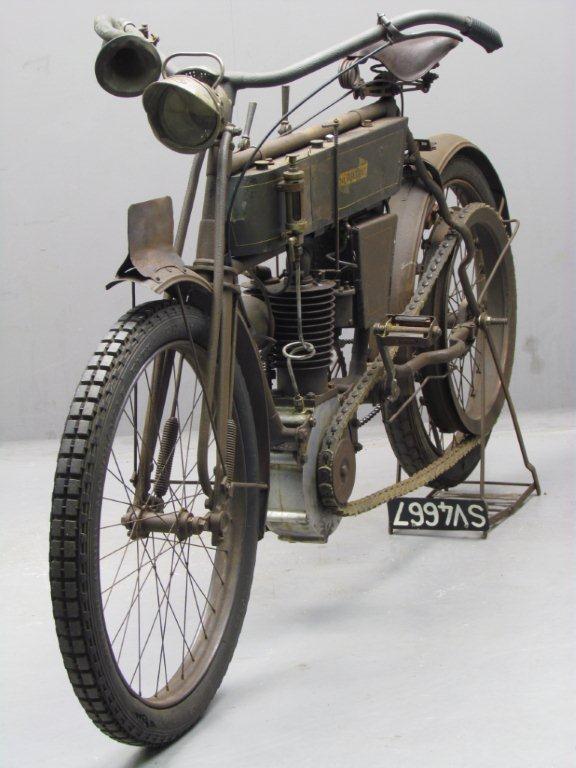 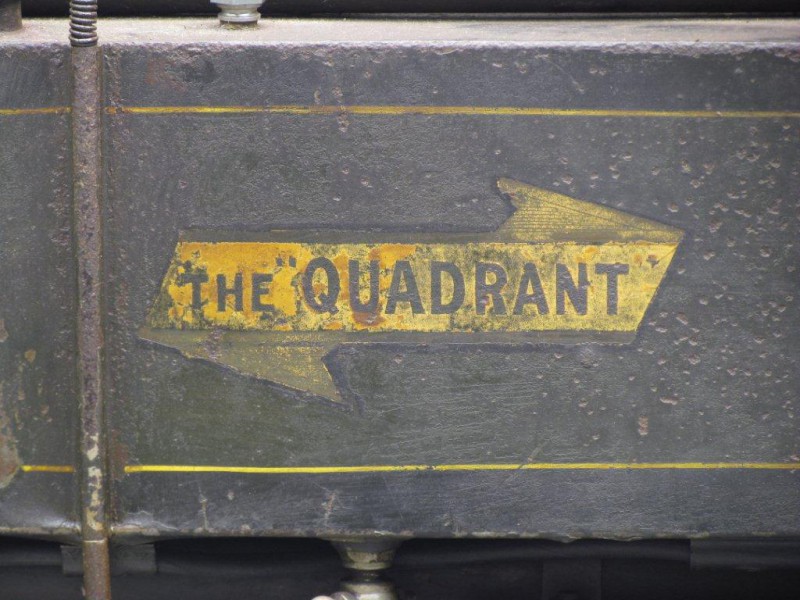 Quadrant was among the first  British bicycle manufacturers to venture into motorcycle production: their first model, equipped with the then very popular Minerva clip-on engine, appeared in 1901.
A few years later  a famous long-distance rider by the name of Tom Silver was contracted by the company.
He attracted a lot of publicity in the years to come by getting excellent results in long distance events and in 1907 he became  managing director of the firm.
Although several types of engines were experimented with, Quadrants were best known for their big singles; in the early twenties even a 780 cc single with unit-construction gearbox was marketed.
The company ceased production in 1928.
This  early Quadrant surfaced  in the early 80s  and it has been virtually untouched since.
It’s equipped with a Longuemare carburettor and interesting spring forks.
Note the unusual exhaust “bubble”!1906 Quadrants were available in 3 ¼  HP and 3 ½ HP versions, the former had bore and stroke of 79×86 mm giving 421 cc and the latter 81×88 mm giving 453 cc.  Both versions  cost  43 Guineas. Coil ignition was standard, for £ 5 extra a magneto was provided.
There are two brakes on the rear wheel, a back pedalling band brake and a rim brake; the weight is 140 lbs.
The company claimed in an advert in “The Motor Cycle” in December 1905  that Quadrants were excellent hill climbers:“ Hills are as level ground.
This is the famous 3 ½ HP Quadrant which has far outshone every competitor, big and little, British and Foreign.
Bold as a lion at hills, gentle as a lamb in traffic. “ That says it all, doesn’t it?