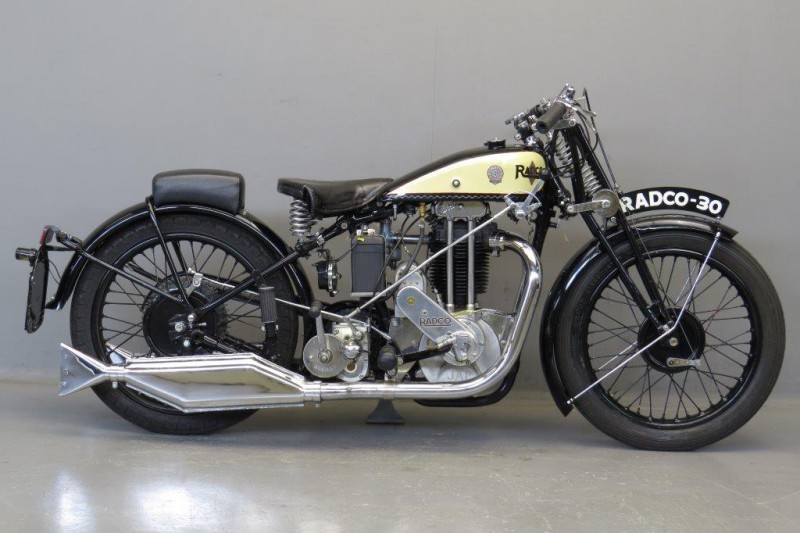 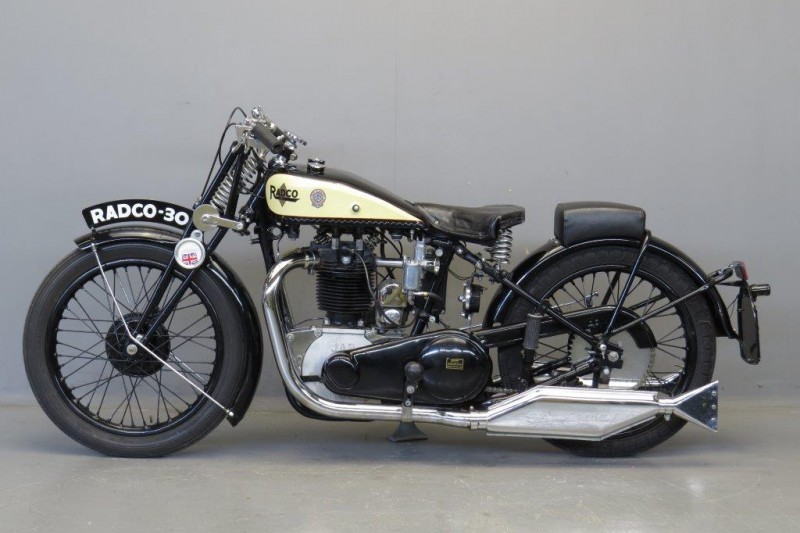 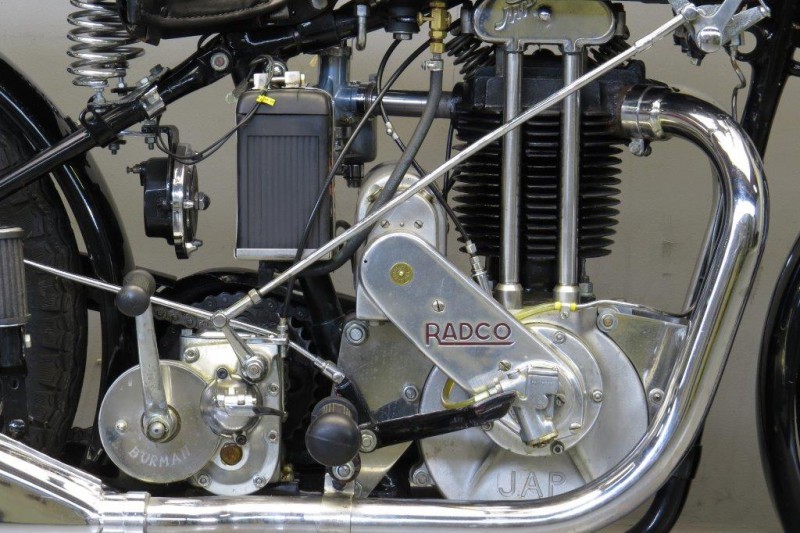 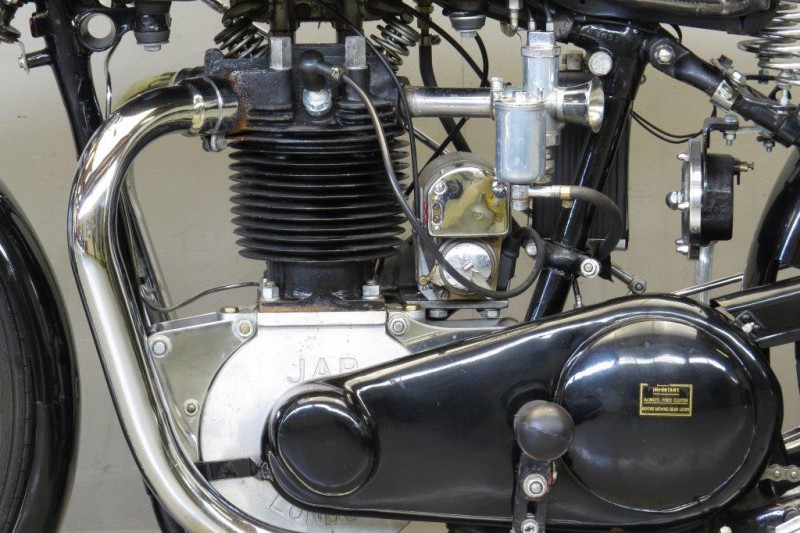 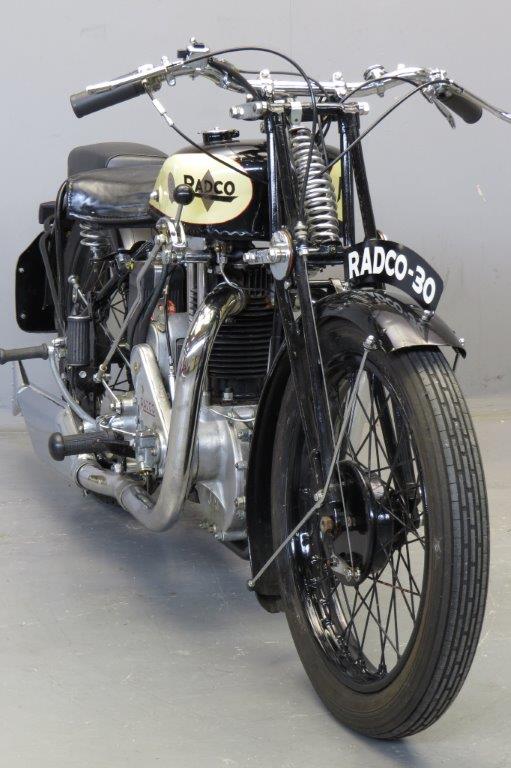 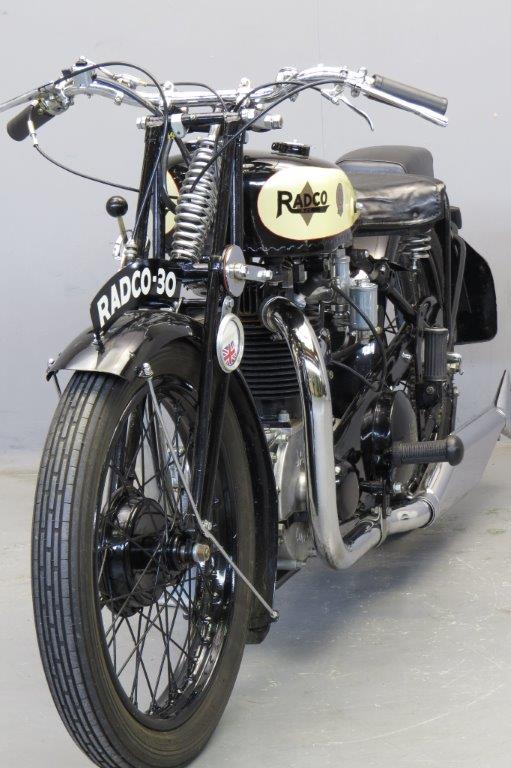 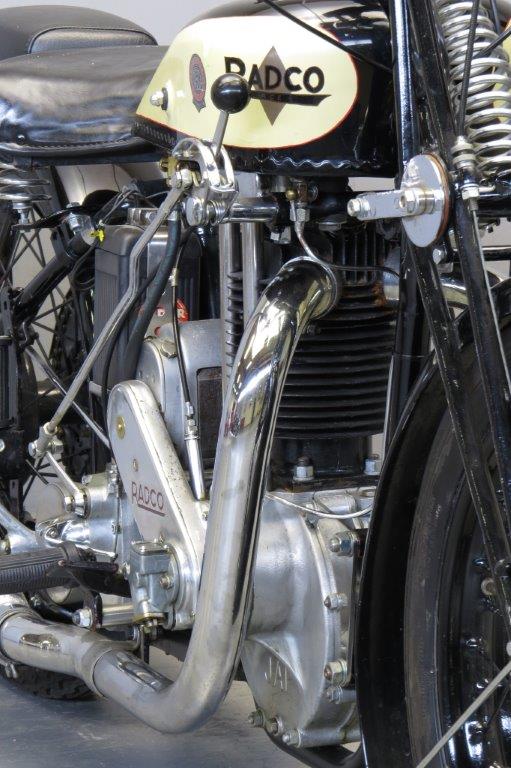 In 1895 Ernest Arnold Radnall, a former high bicycle racer, founded a company in Dartmouth Street, Birmingham, to produce bicycle components.
The range soon widened to complete bicycles and by 1913   a complete  “Radco” motorcycle was marketed, powered by a 211 cc two stroke engine of the firm’s own design.
After the War the 211 cc model was joined by a more powerful 247 cc brother and Radcos started to become successful in reliability trials and hill climbs. By 1926 the first four stokes were brought out, at first in side-valve guise and in 1927 a 248cc ohv JAP model joined the range, soon followed by a 500 sports OHV.
After 1933 motorcycle production was dropped and the company continued with the manufacture of components only.
The 1930 range consisted of models with 147 cc and 196 cc Villiers engines, a 247 cc Radco engined model and three types that were powered by JAP engines in 250 OHV, 500 SV and 500 OHV configurations.
Top of the range was of course the 500 OHV, available as Model “J” in single port guise and Model “K” in two port version.
This “K” is equipped with 3 speed Burman gearbox, Bosch ignition system and AMAL carburettor. It’s a true vintage sports machine in well-restored condition.