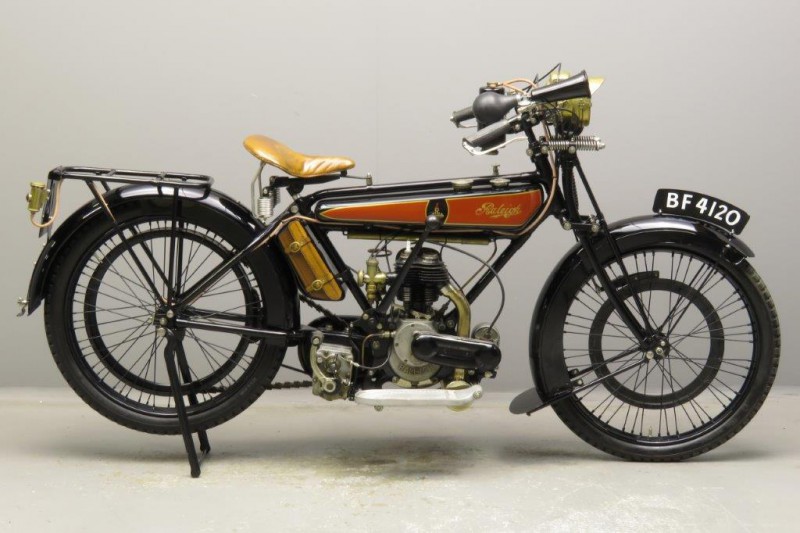 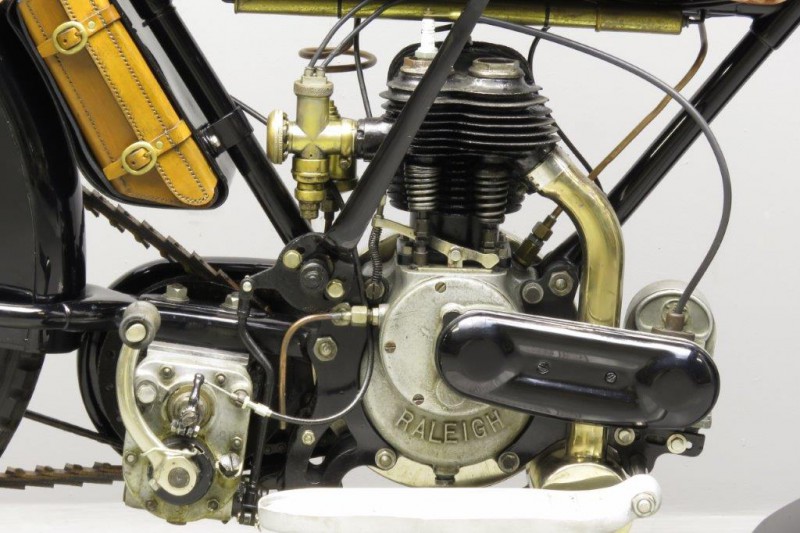 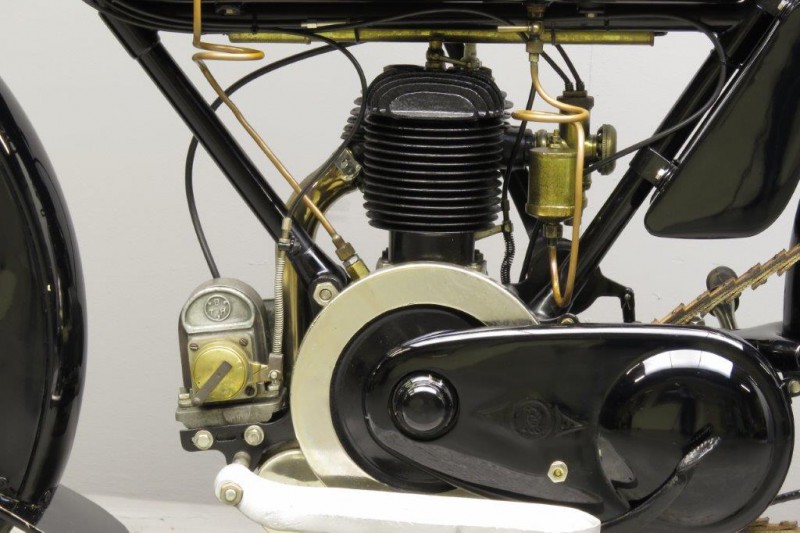 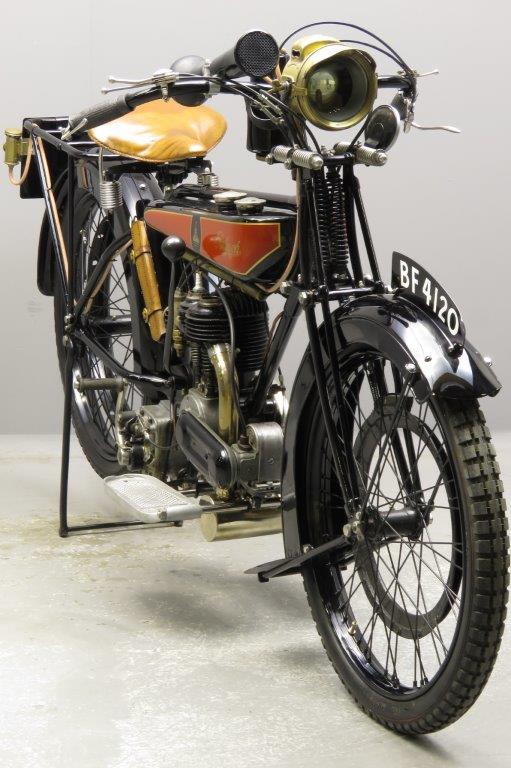 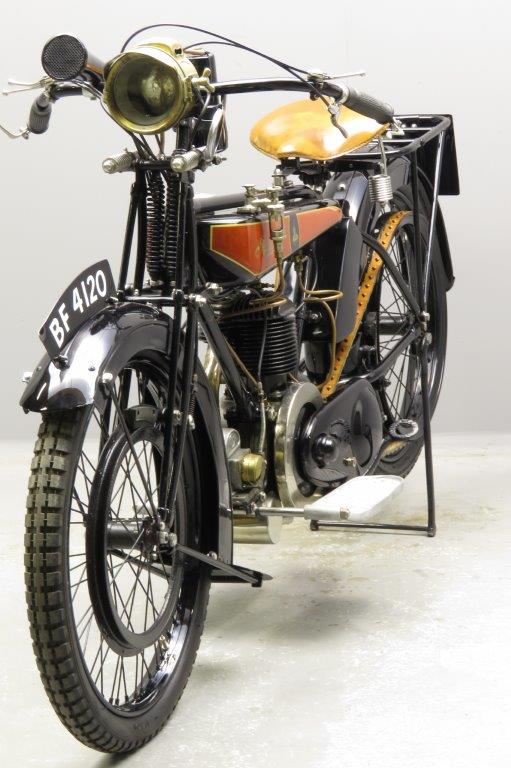 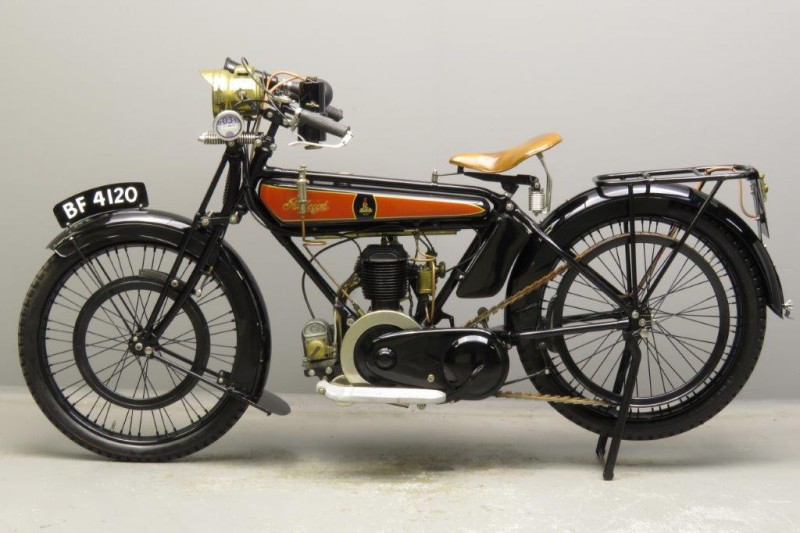 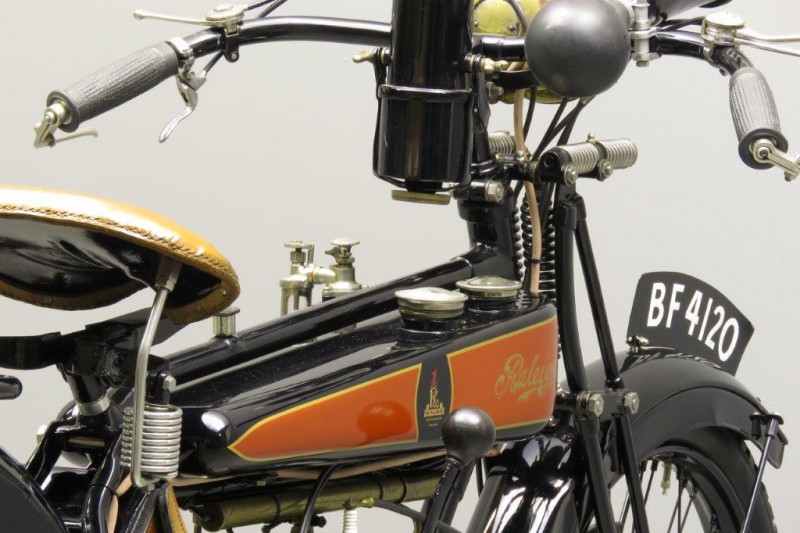 In the beginning of the 20th century Raleigh’s main business was in the cycle trade.
Company founder Frank Bowden was a firm believer in variable gear systems and from the end of 1902 the Raleigh Cycle company put the Sturmey-Archer cycle hub gear on the market.
There was some motorcycle production between 1899 and 1906, but only after the first world war serious thought was given again to motorcycle production.
In the early twenties a 699 cc flat twin is released but from 1922 on the focus lies on single cylinder side valve singles and these economical, well-made machines prove to be great sellers.
The 1922 “Popular” and “ Semi-Sports “ models could be had with chain –cum-belt transmission only; from 1923 also chain driven models in standard trim (Model 5) and Sports trim (Model 6) become available.
All models have 71 x 88 mm engines and Sturmey Archer gearboxes, though a 399 cc 3 HP engine can be fitted on request.
This tidy machine is a relatively recent restoration and comes equipped with a BTH magneto, P&H acetylene lighting system, Amac carburetor and bulb horn.