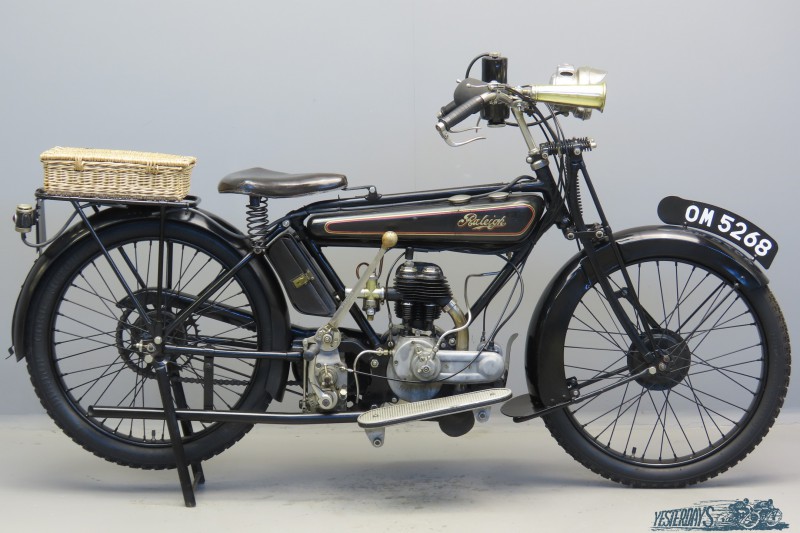 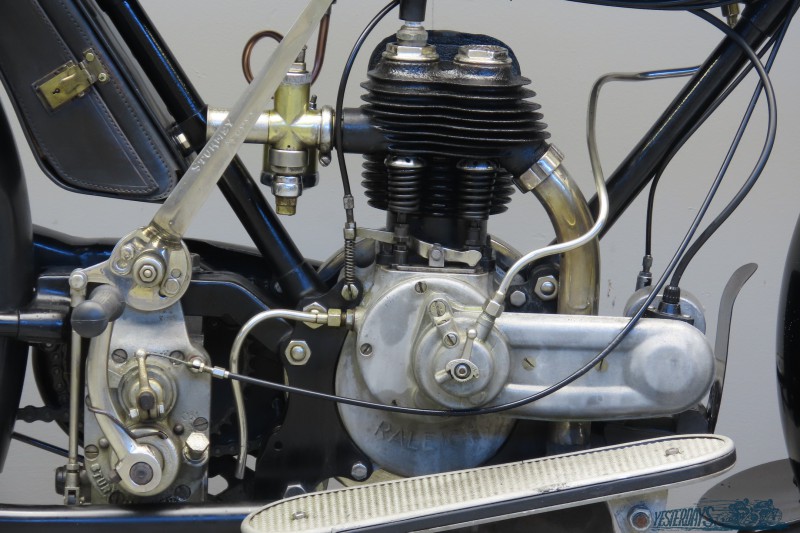 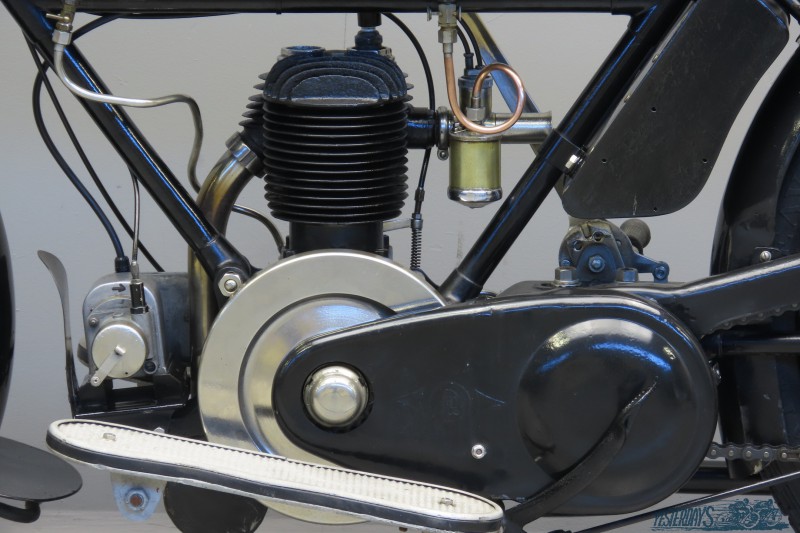 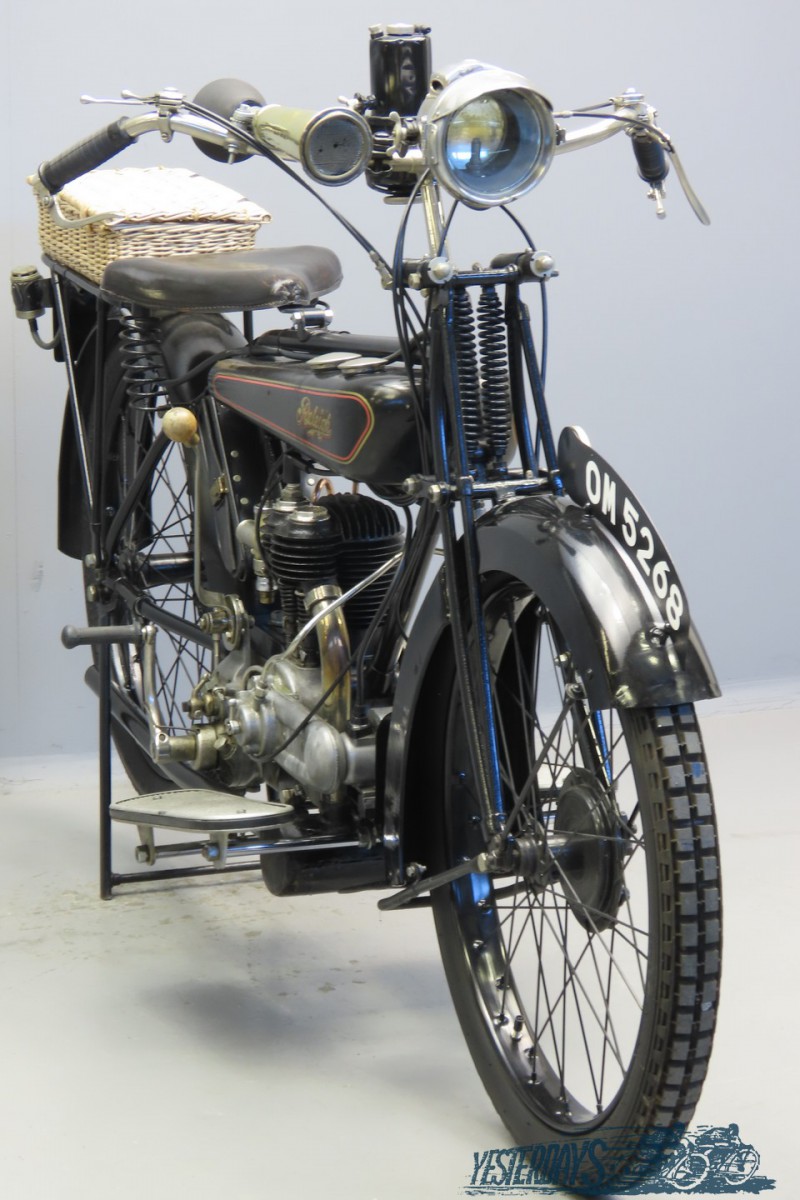 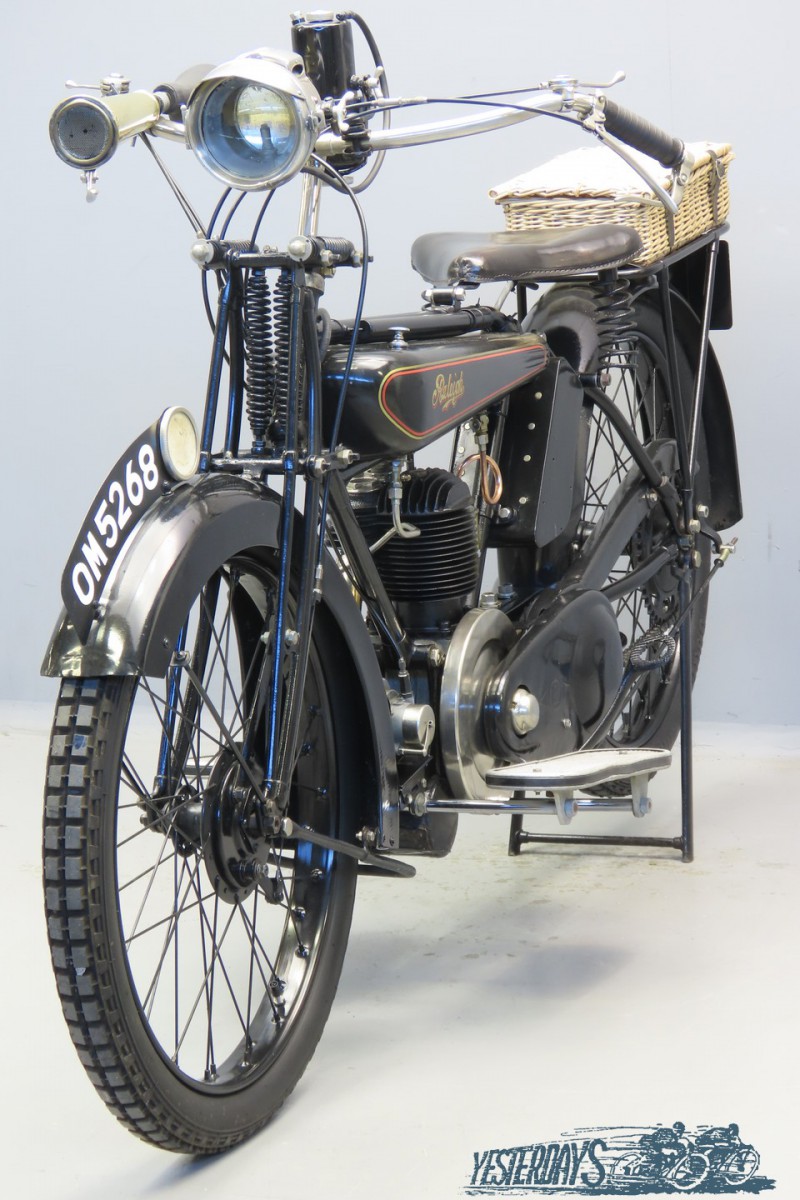 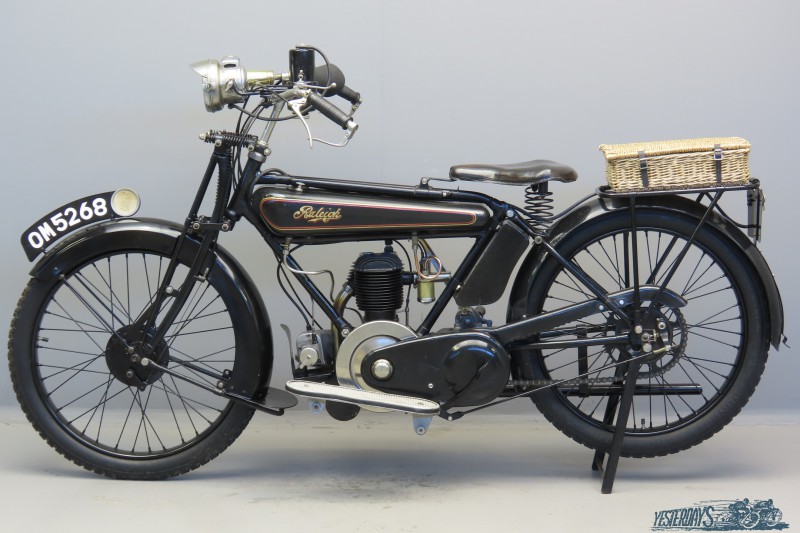 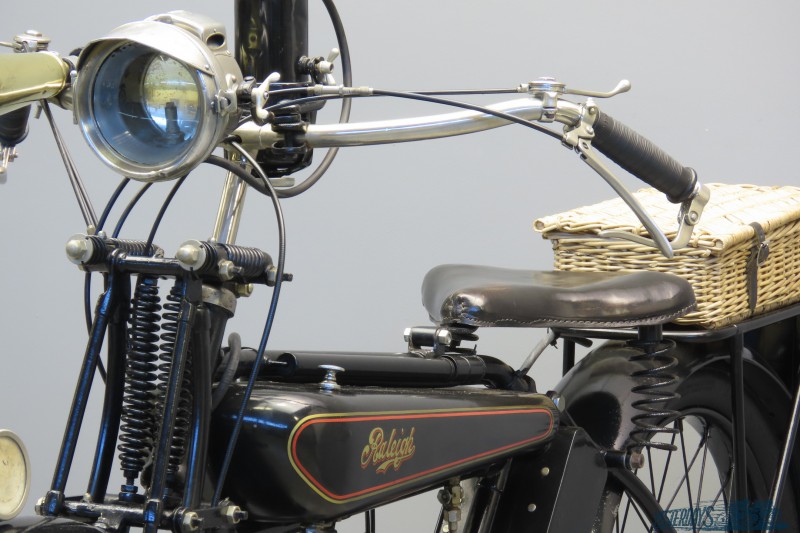 In the beginning of the 20th century Raleigh’s main business was in the cycle trade.
Company founder Frank Bowden was a firm believer in variable gear systems and from the end of 1902 the Raleigh Cycle company put the Sturmey-Archer cycle hub gear on the market.
There was some motorcycle production between 1899 and 1906, but only after the first world war serious thought was given again to motorcycle production.
In the early twenties a 699 cc flat twin was produced; from 1922 mostly single cylinder side valve singles were put on the market and these economical, well made machines proved to be great sellers.
Raleigh had an excellent network of cycle dealers and repairers throughout the country and many of them were upgraded to motorcycle agents.
The model range was designed in such a way that many components were common to various models, so the spares service was prompt and reliable.
During 1924 Raleigh riders took gold medals for outstanding performances in many trials and the company began to advertise their machines under the pseudonym of “THE Gold Medal Motor-Cycle”.
In “Old Bike” issues 30 and 31 (Summer and Autumn 1999) Jamie Dee gives an excellent overview of 1920s and 1930s Raleigh motorcycle production.

The 1924 range consisted of nine models in 348, 399 and 798 cubic capacities.
The model on offer has bore x stroke of 71 x 88 mm.
Tyre size is 26 x 2½ front and 26 x 3 rear.
The machine weighs only slightly more than 100kg and is equipped with Sturmey Archer 3 speed gear, multiplate dry clutch, mechanical oil pump, Brampton Biflex type front forks and AMAC carburetor.
She has large foot boards and comes with a practical, slightly later internal expanding front brake.
Accessories include Lucas acetylene lighting system, bulb horn and a picnic basket that will come in handy during an afternoon spin in the countryside.
This elegant and easily controllable vintage machine is an older restoration in fine fettle.