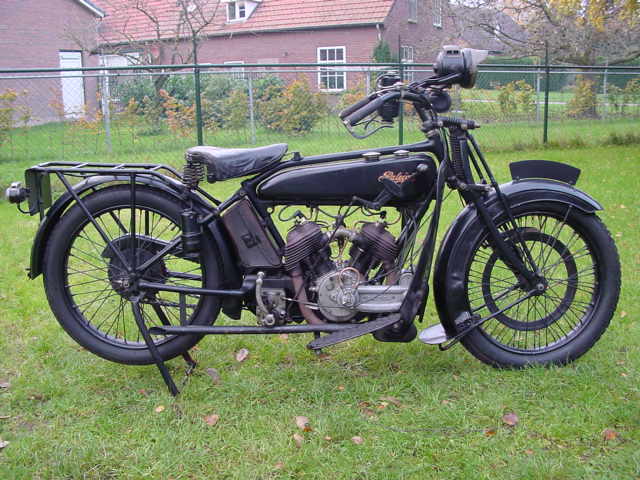 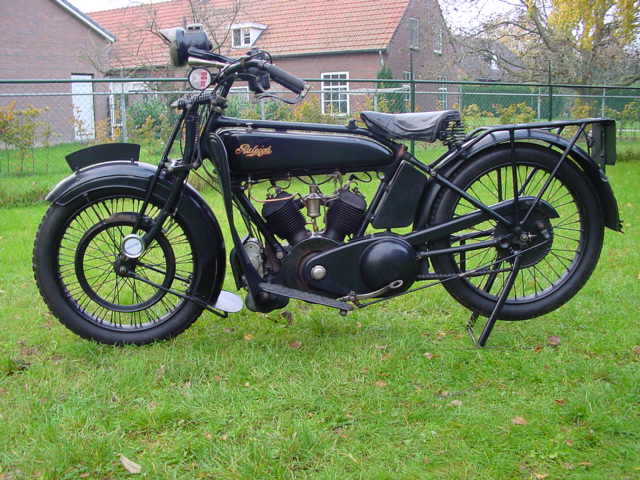 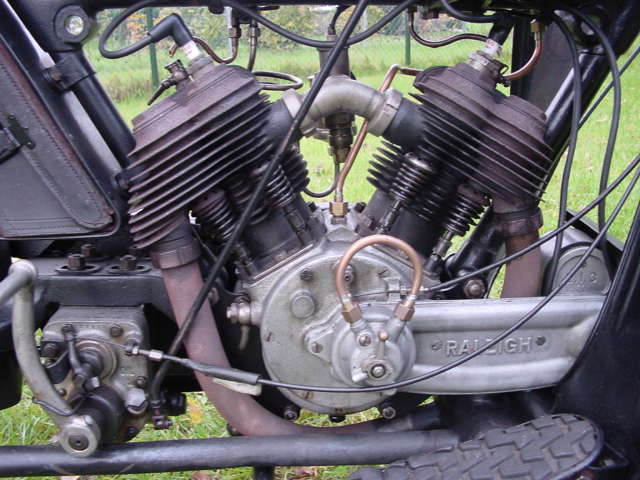 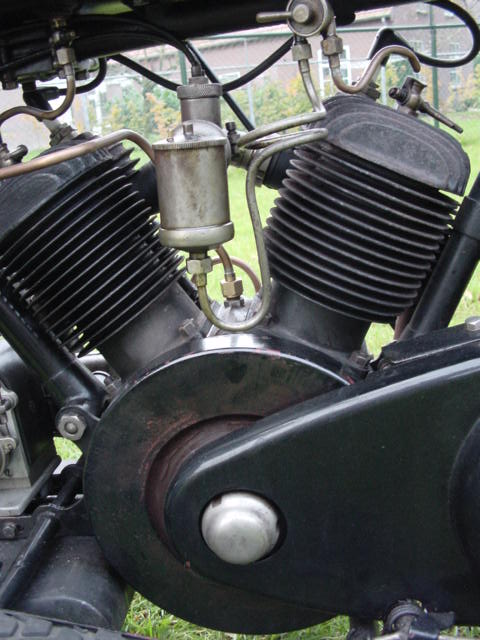 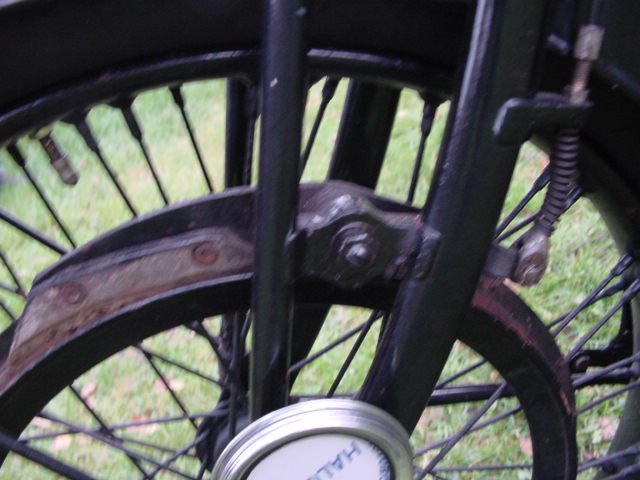 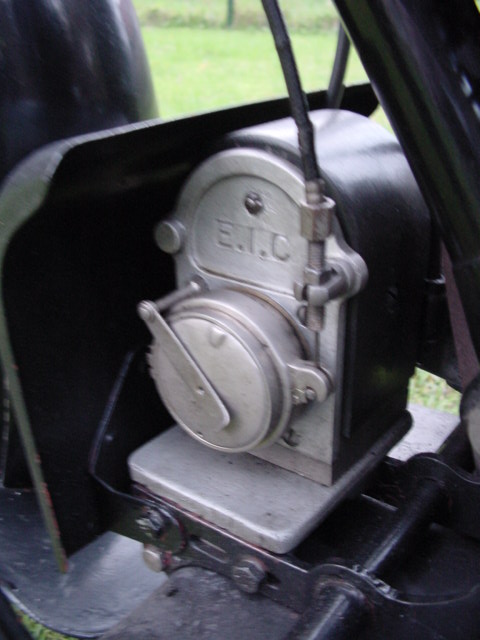 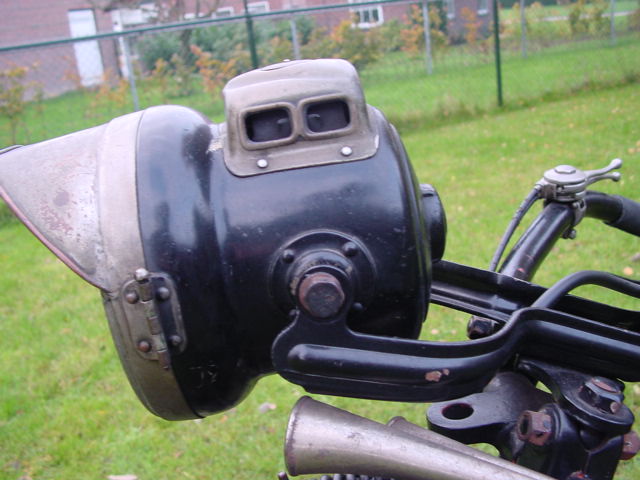 Raleigh was an early player on the motorcycle market; from 1899 to 1906 they were active in producing motorcycles.
From 1906 bicycles production was the main business, but in 1919 motorcycle production was taken up again.
The firm produced the famous Sturmey-Archer gearboxes and also supplied engines under the S.A. trademark to other motorcycle manufacturers. In the twenties no less than 8 different engine capacities were produced, sidevalve models as wel as OHV models.
This 799cc V-twin is a rarely seen model, its beautiful lines pay tribute to the Raleigh quality, The machine has been restored a number of years ago and has been used for rallies until recently.
This Raleigh is equipped with a 3 speed S.A. gearbox, footboards, legshields, bulb horn and acetylene lighting.