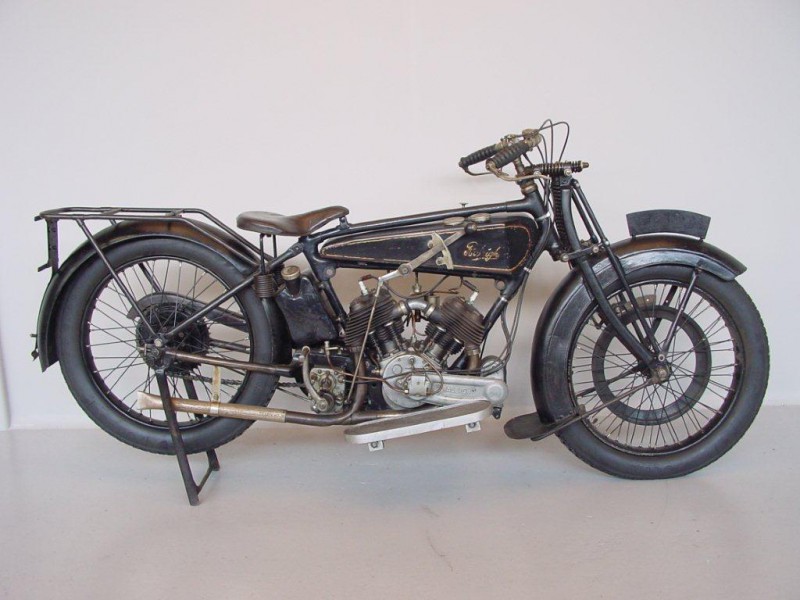 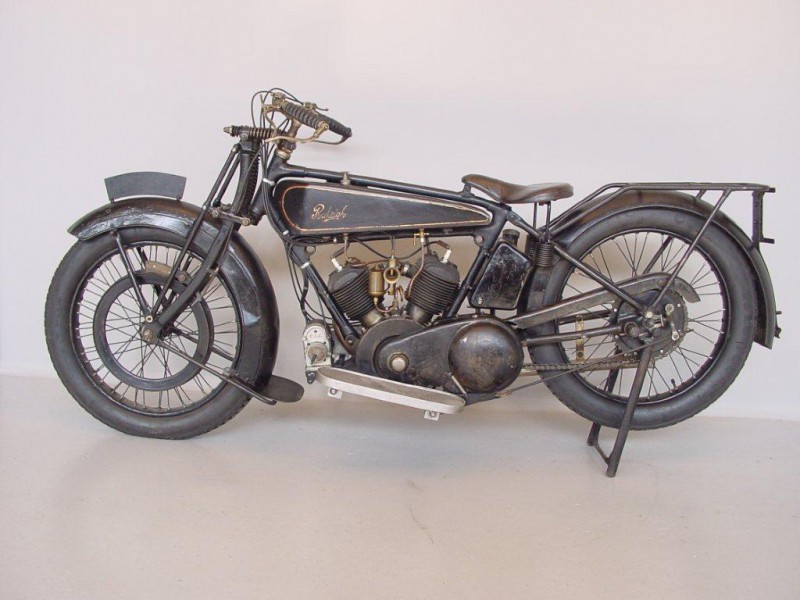 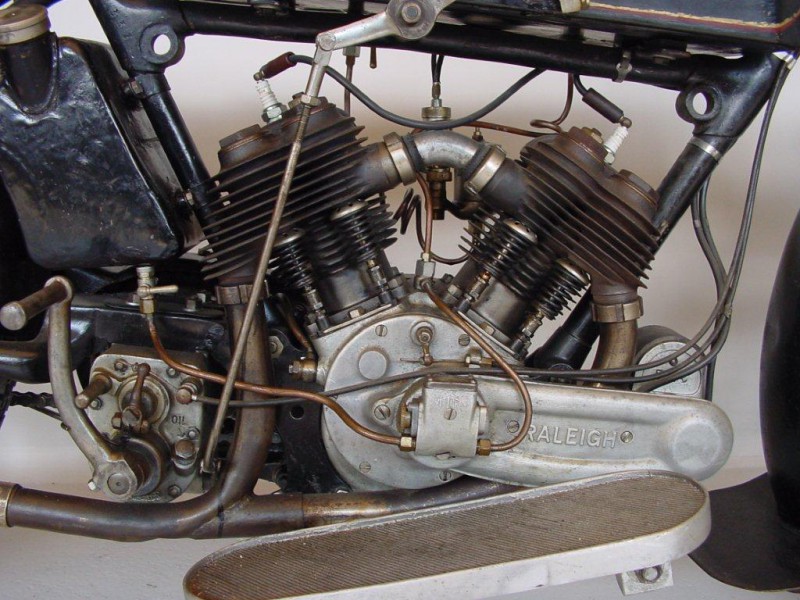 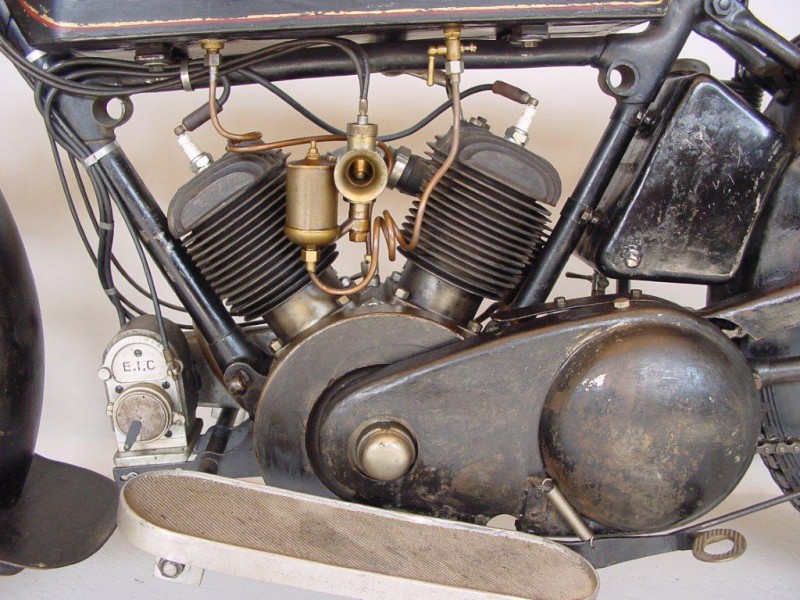 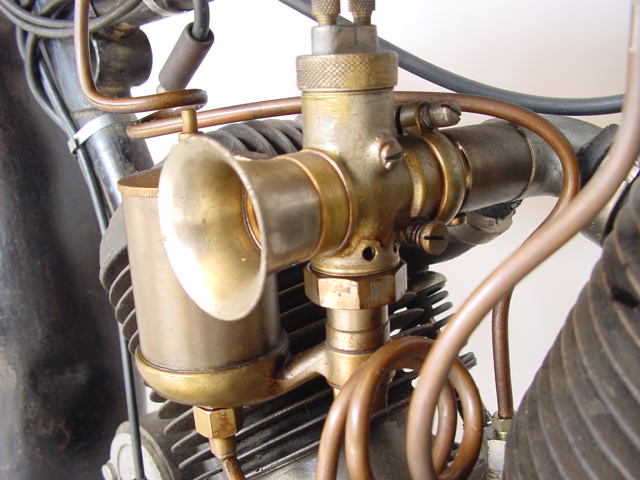 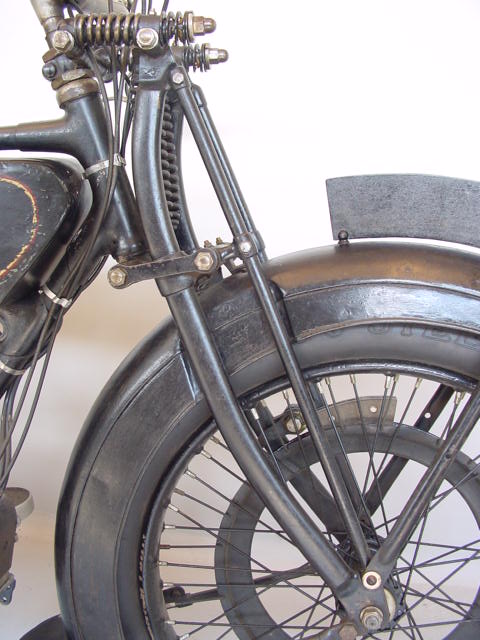 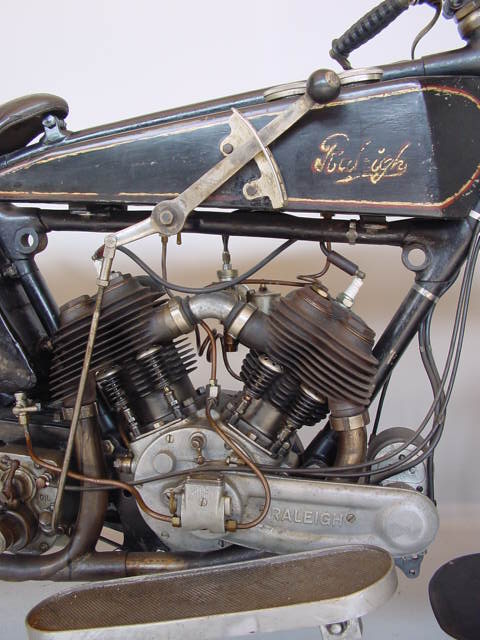 In the beginning of the  20th century Raleigh’s main business was in the cycle trade.
Company founder Frank Bowden was a firm believer in variable gear systems and from the end of 1902 the Raleigh Cycle company  put the Sturmey-Archer cycle hub gear on the market.
There was some motorcycle production between 1899 and 1906, but only after the first world war some serious thought was given again to motorcycle production.
In the early twenties a 699 cc flat twin was produced; from 1922 mostly  single cylinder side valve singles were put on the market and these economical, well made machines proved to be great sellers.
In 1924 the flat twin was discontinued and  replaced by a V-twin.
Its engine was built up from two 3 HP singles on a common crankcase and was a good example of developing a modular engine range to economize production.
Cylinders are set at a 60 degree angle and the machine has a roller bearing big end , mechanical oil pump and of course the typical Raleigh outside flywheel.
The twin was discontinued after 1927 and certainly is not a common sight these days.
This Model 12 is an older restoration.