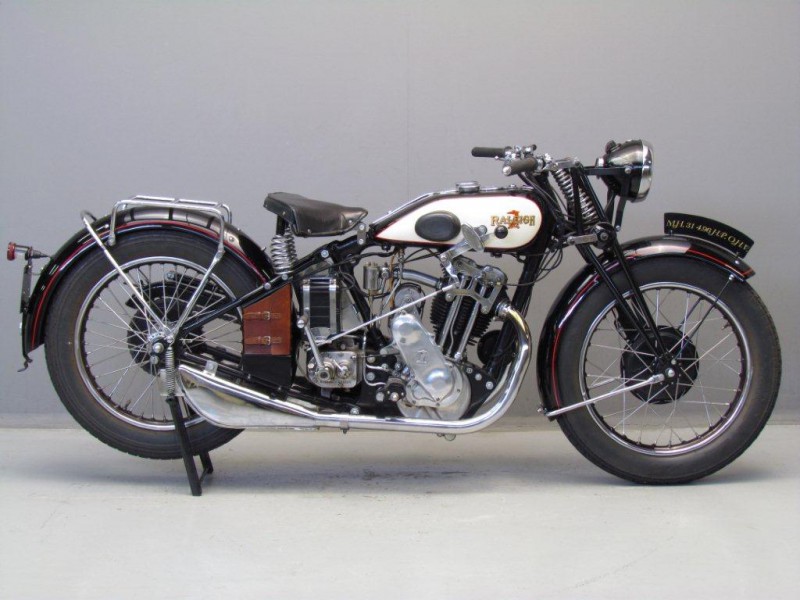 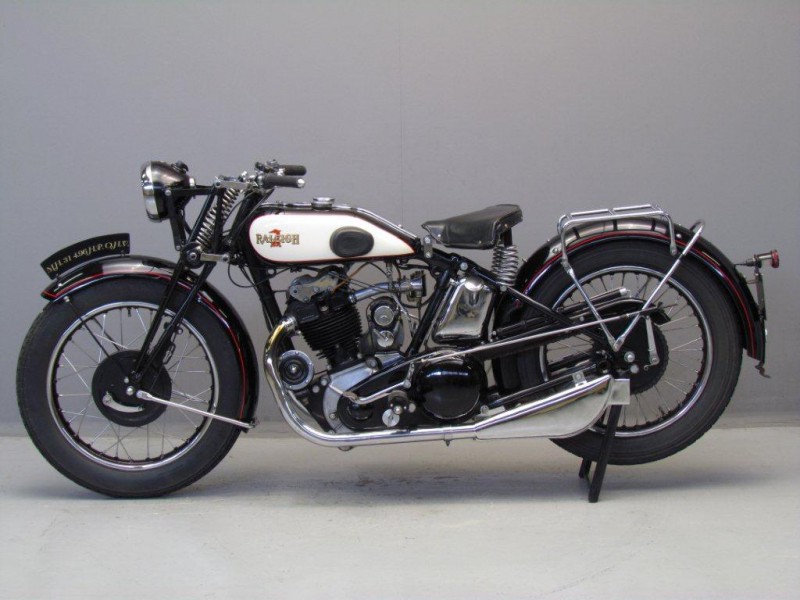 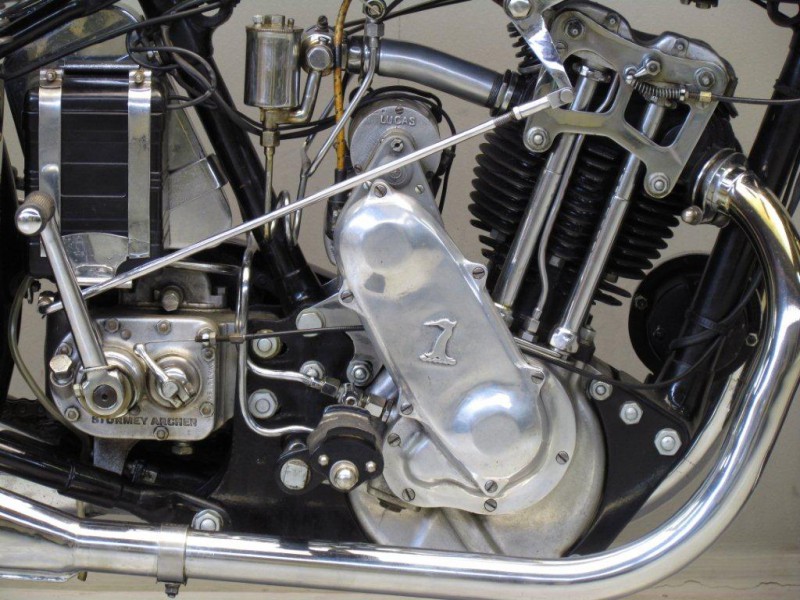 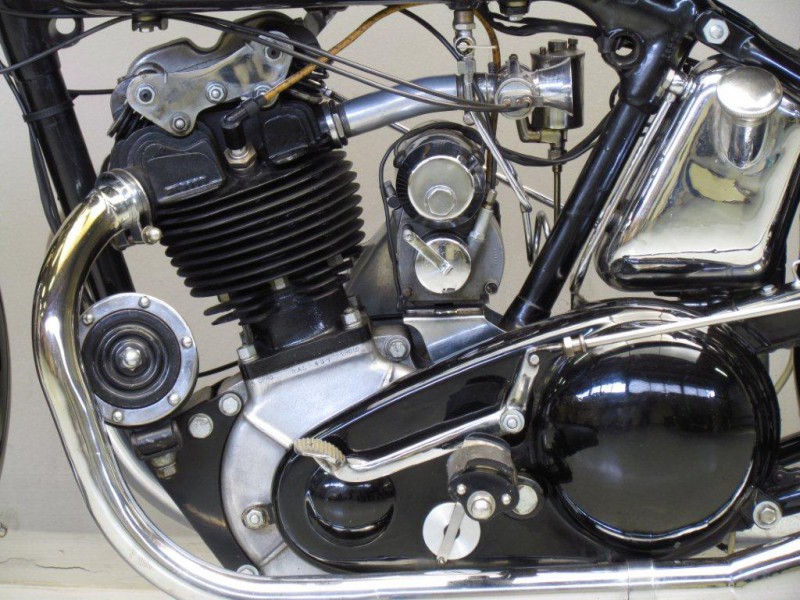 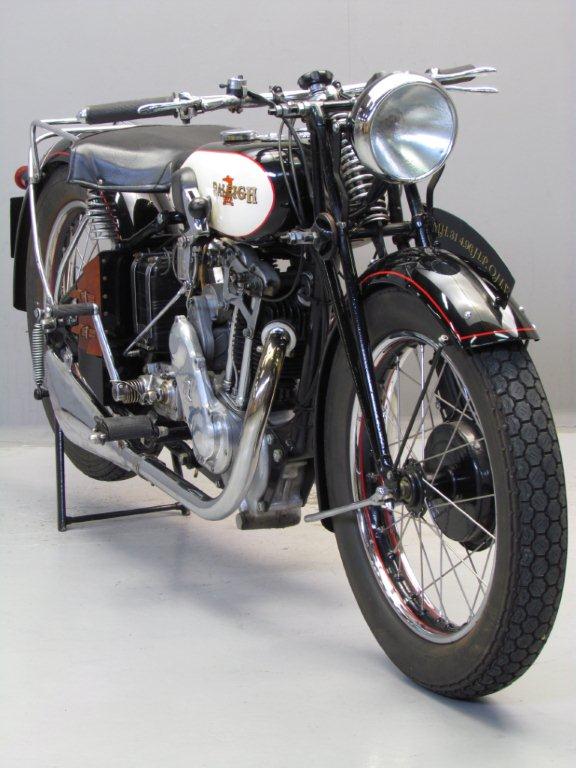 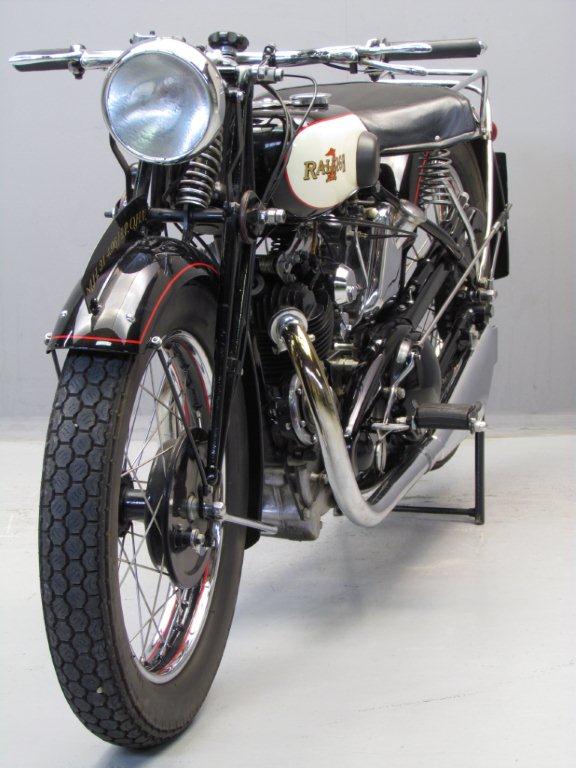 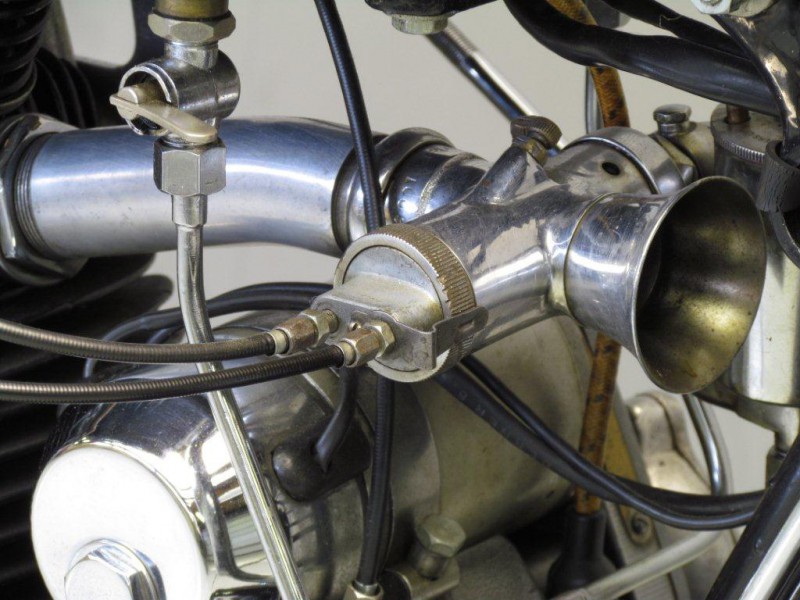 In the beginning of the  20th century Raleigh’s main business was in the cycle trade.
Company founder Frank Bowden was a firm believer in variable gear systems and from the end of 1902 the Raleigh Cycle company  put the Sturmey-Archer cycle hub gear on the market.
There was some motorcycle production between 1899 and 1906, but only after the first world war some serious thought was given again to motorcycle production.
In the early twenties a 699 cc flat twin was produced; from 1922 mostly  single cylinder side valve  and OHV singles were put on the market and these economical, well made machines- equipped with S.A engine and gearbox- proved to be great sellers.
From 1930 dry sump lubrication became available and in 1931 sloping cylinders and chromium plated tanks appeared.
The model range for 1932 consisted of 4 models ranging from a 298 cc side valve to a 598 cc side valve.
Two more sporty models were 348 en 496 cc ohv mounts.
This shiny machine has been well restored.