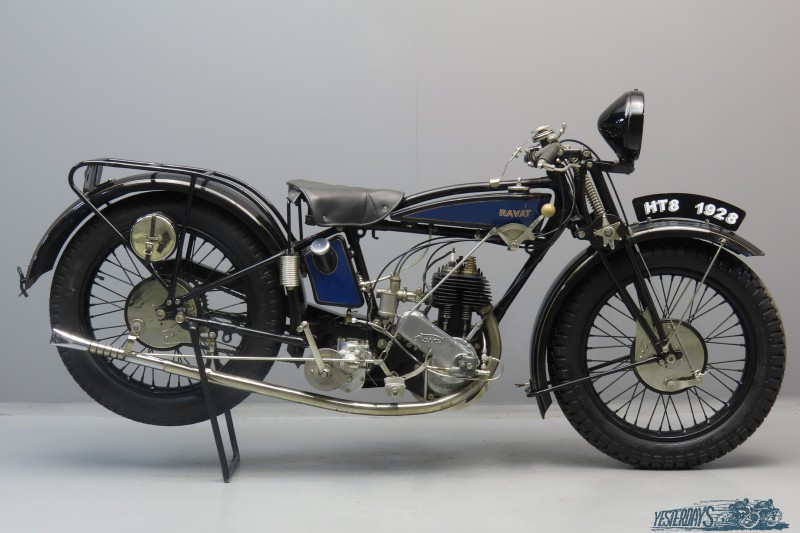 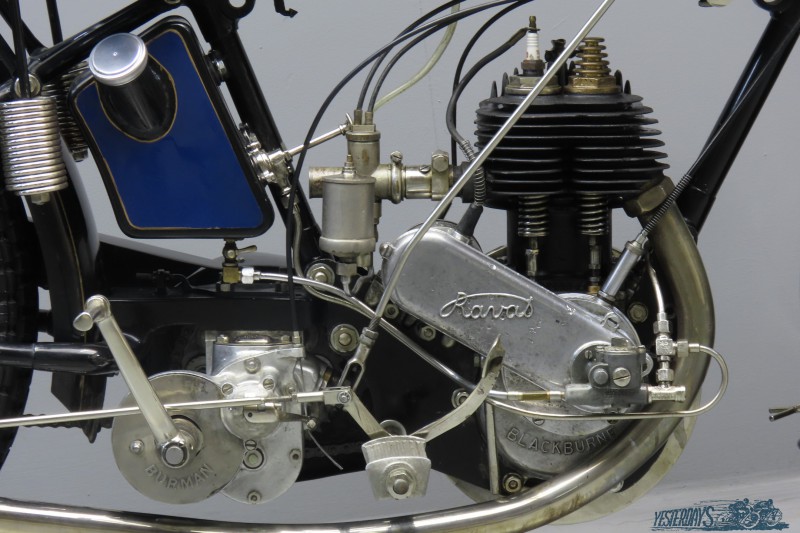 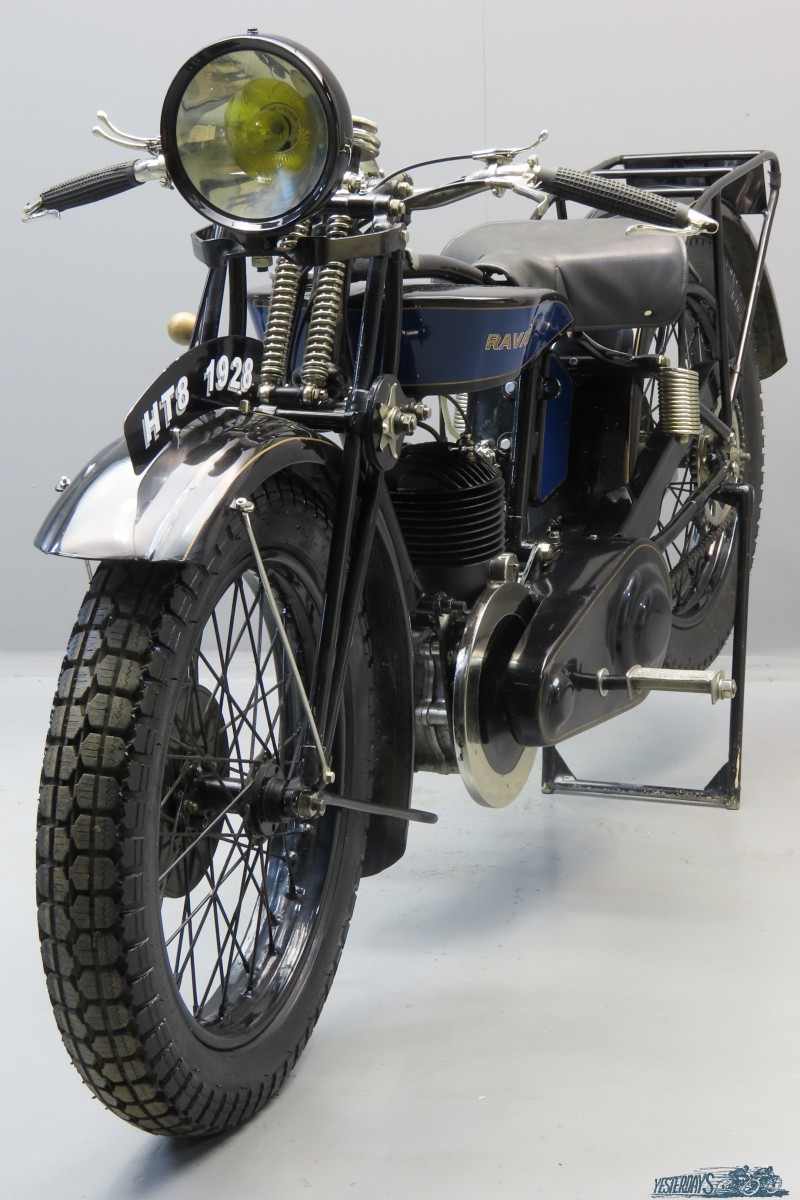 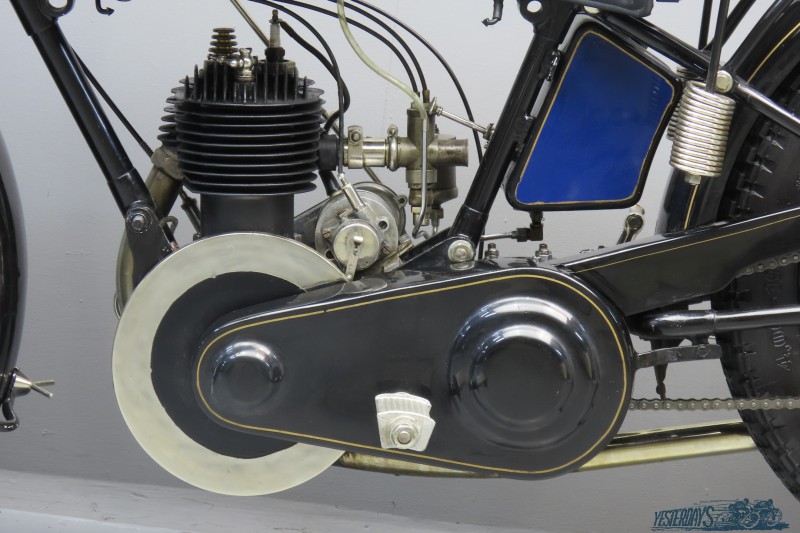 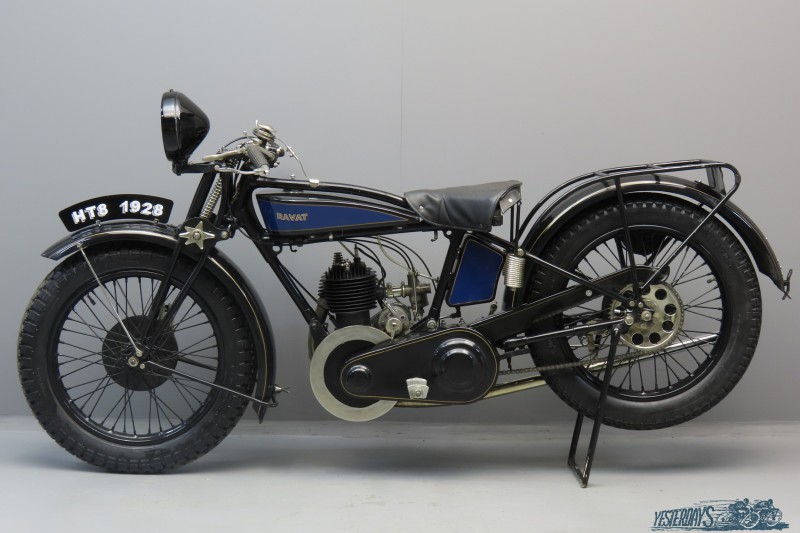 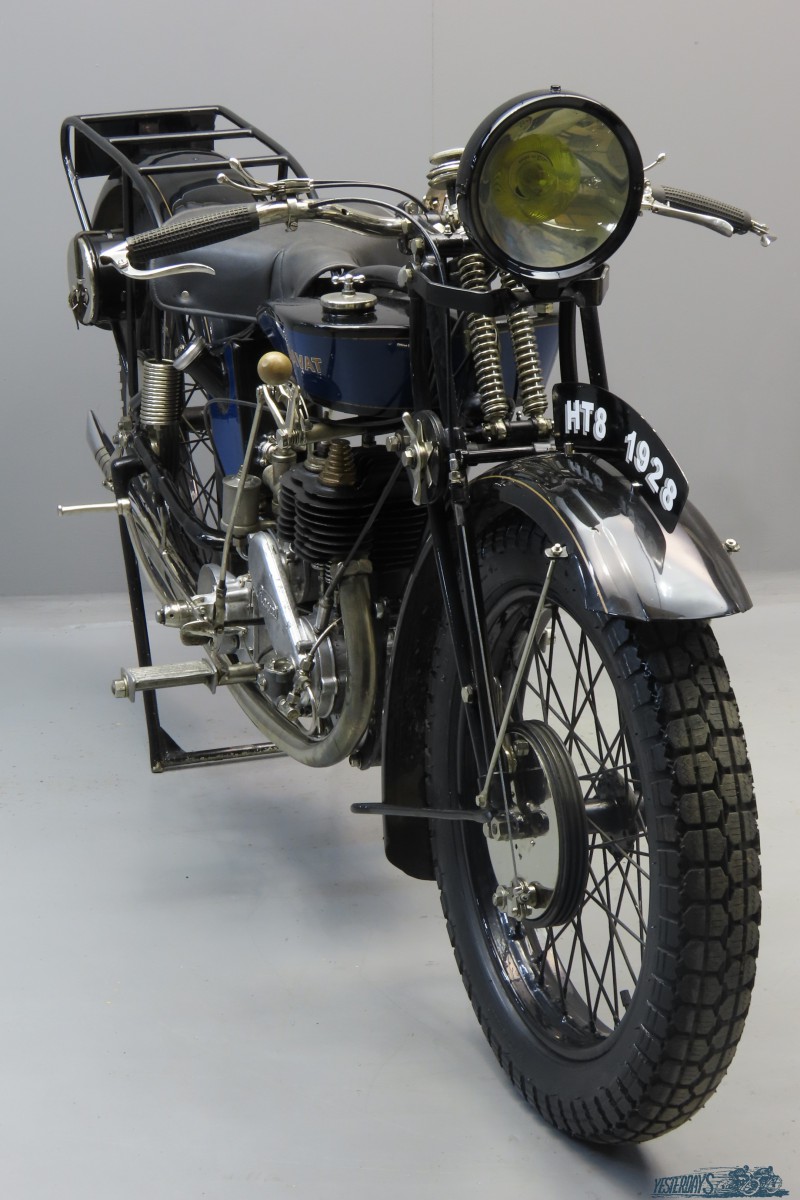 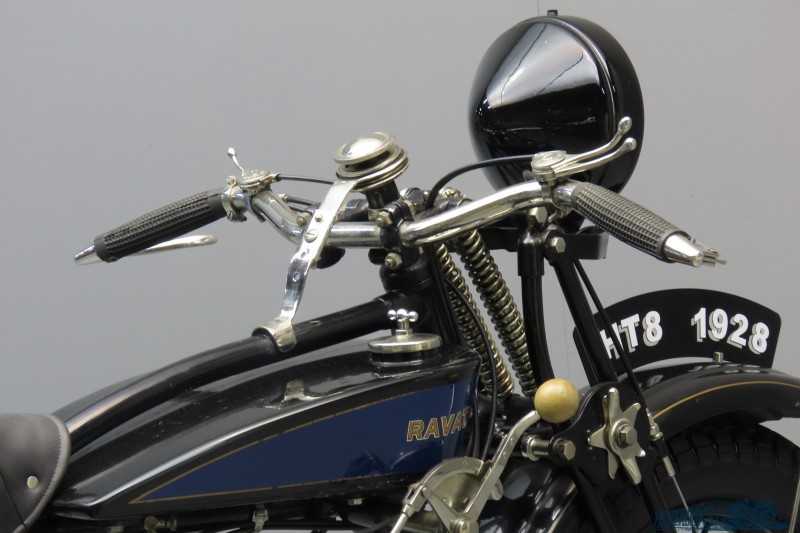 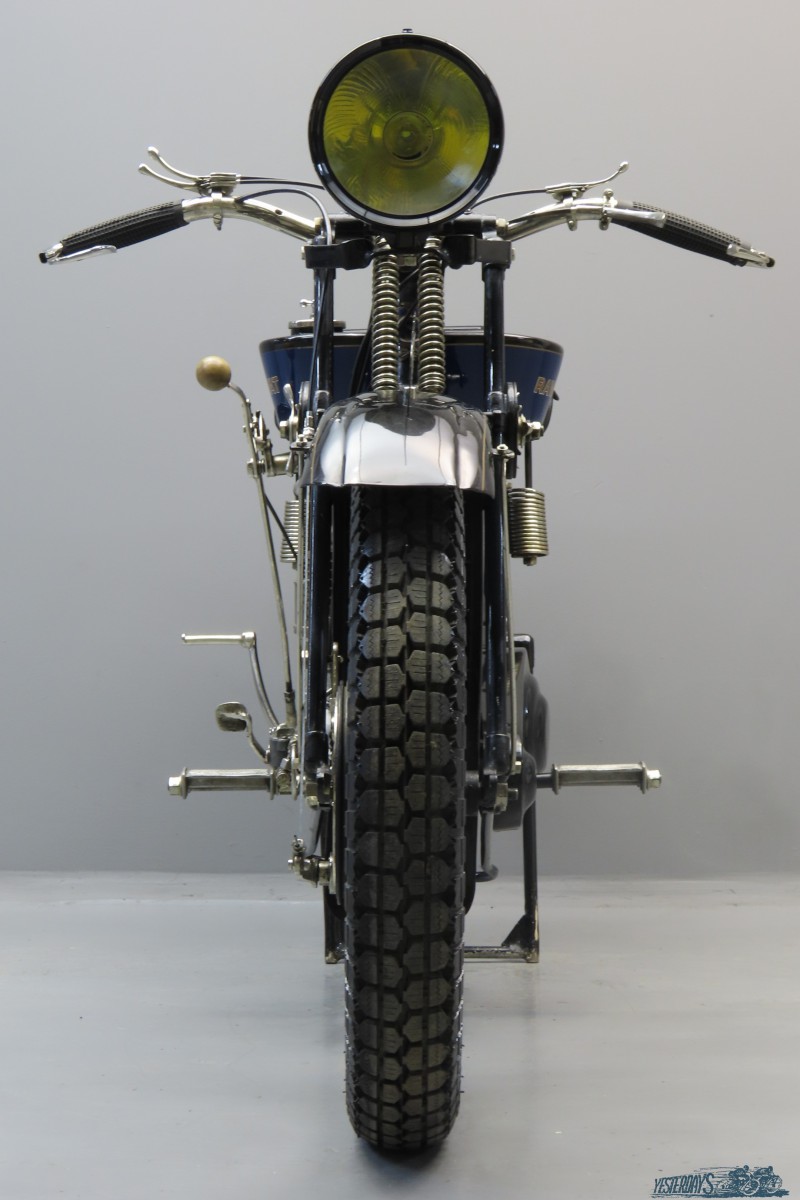 Frenchman Jules Ravat was born in St. Etienne in 1871. In 1898 he founded, with partner Auguste Argaud, a company to manufacture cycle parts but some 6 years later the partnership was already broken up and Jules continued on his own. From about 1910 complete bicycles were produced and in the early twenties also motorcycles became part of the company’s output. For some models Ravat used its own engines, but many machines were fitted with proprietary engines such as Zürcher, Moser and Blackburne. In the twenties English proprietary parts were popular in France as quality fittings and Ravat was one of the companies that fitted its more expensive models with such British classy parts. In 1927 the company employed some 1200 people and the factory output was 80,000, most of these being cycles; Ravat motorcycle survivors are pretty thin on the ground nowadays. The H8 was a new model for 1928 and attracted much attention and favourable press comments at the Paris Show in October 1927.
The H8 we offer was one of the most expensive in its range in 1928 and next to the British Blackburne engine also the carburettor (Amac), magneto (ML), oil pump (Best & Lloyd) and gearbox (Burman) were British products. The well-proven Blackburne engine has 81 x 96.8 bore x stroke and is fitted with an outside flywheel. The sturdily built H8 comes with electric headlight and 4×19 tyres. She’s an older restoration in good overall condition.